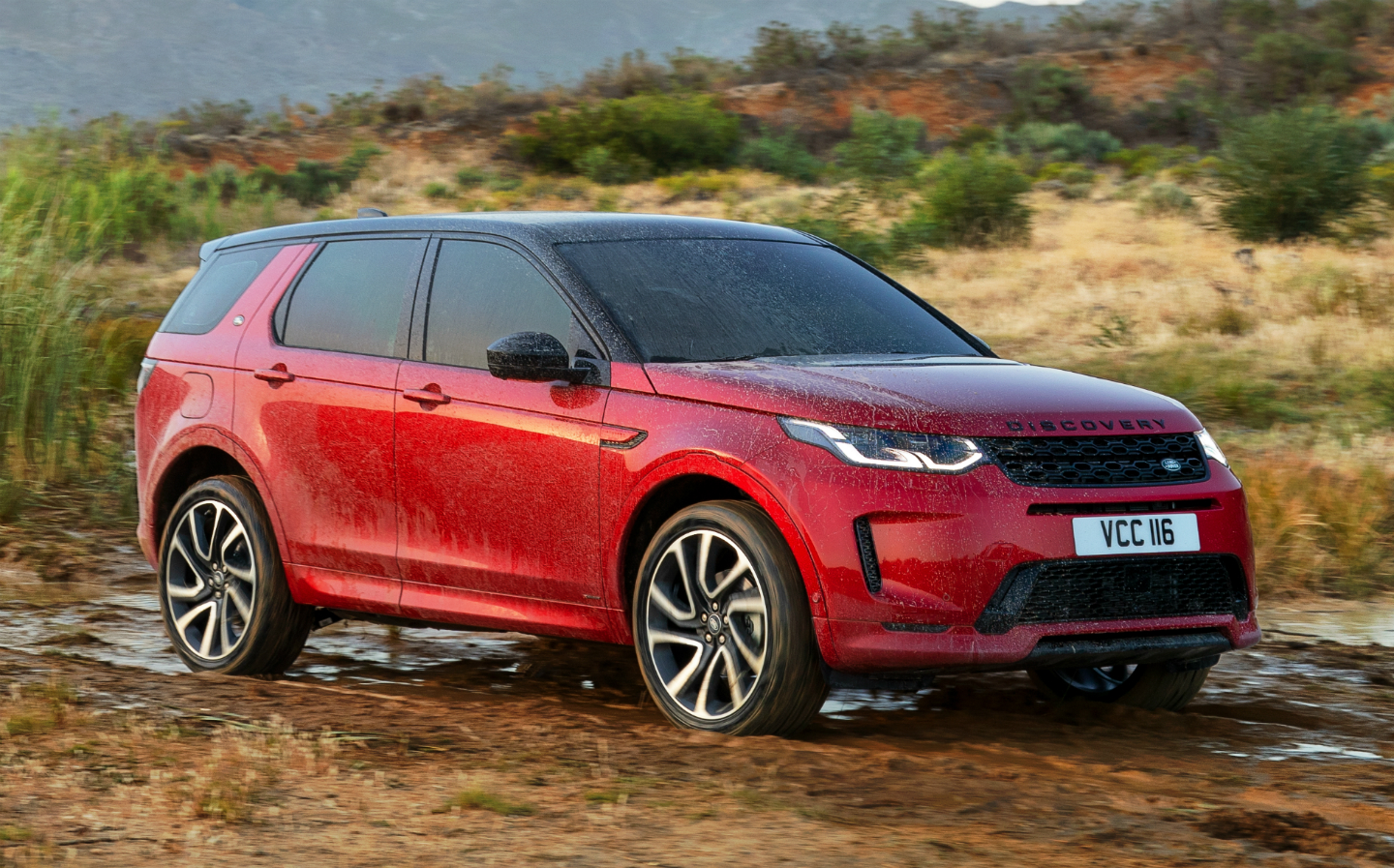 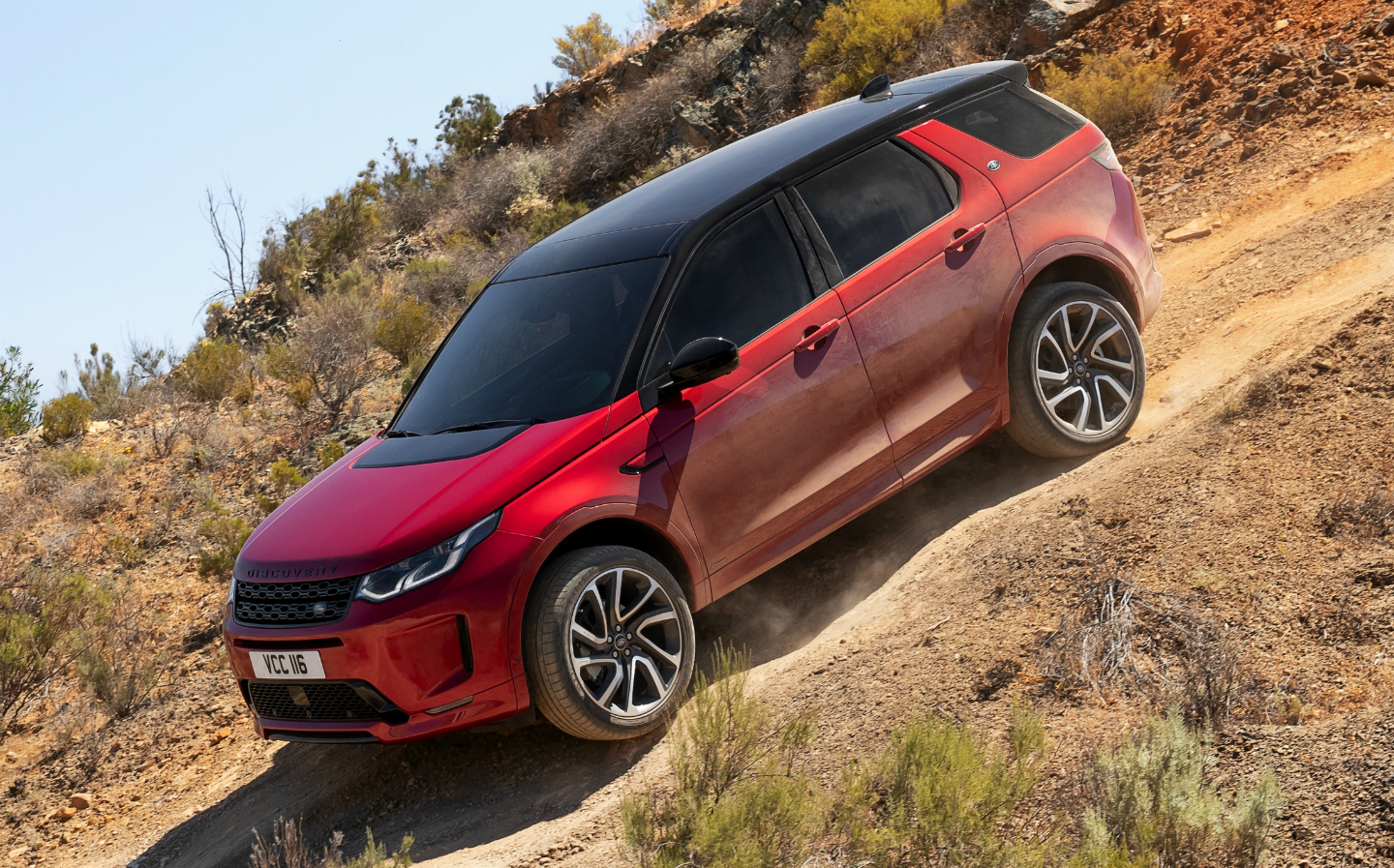 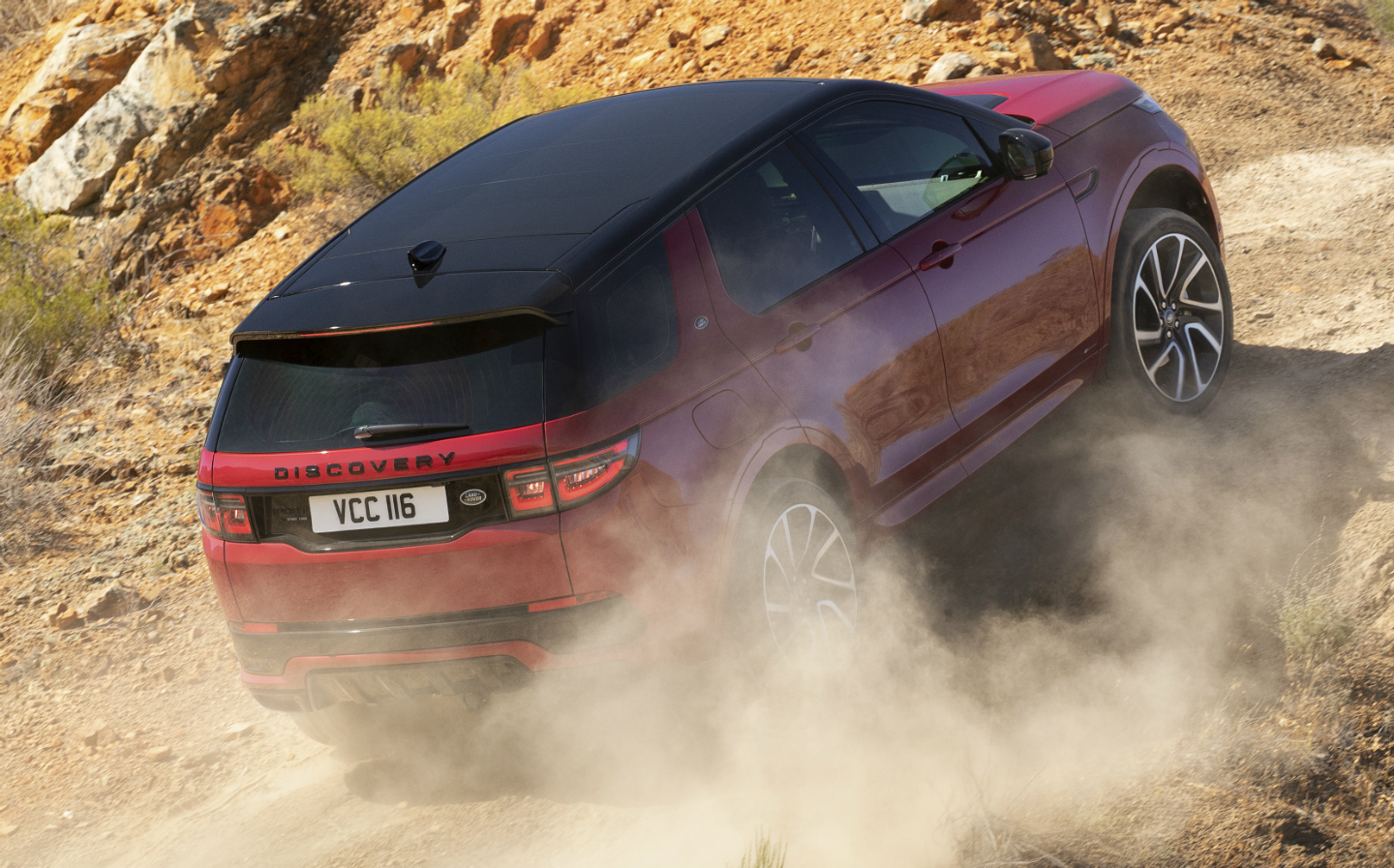 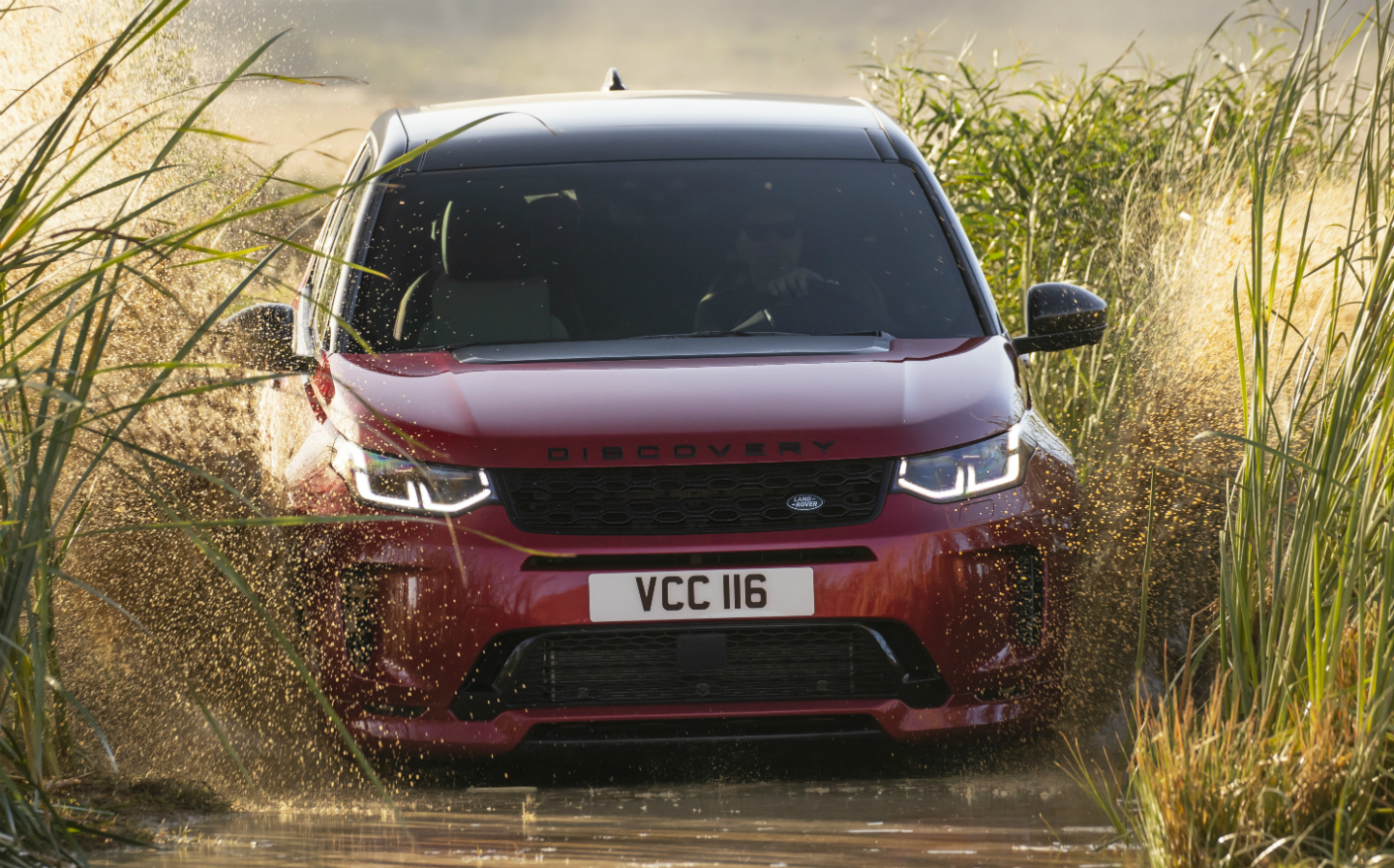 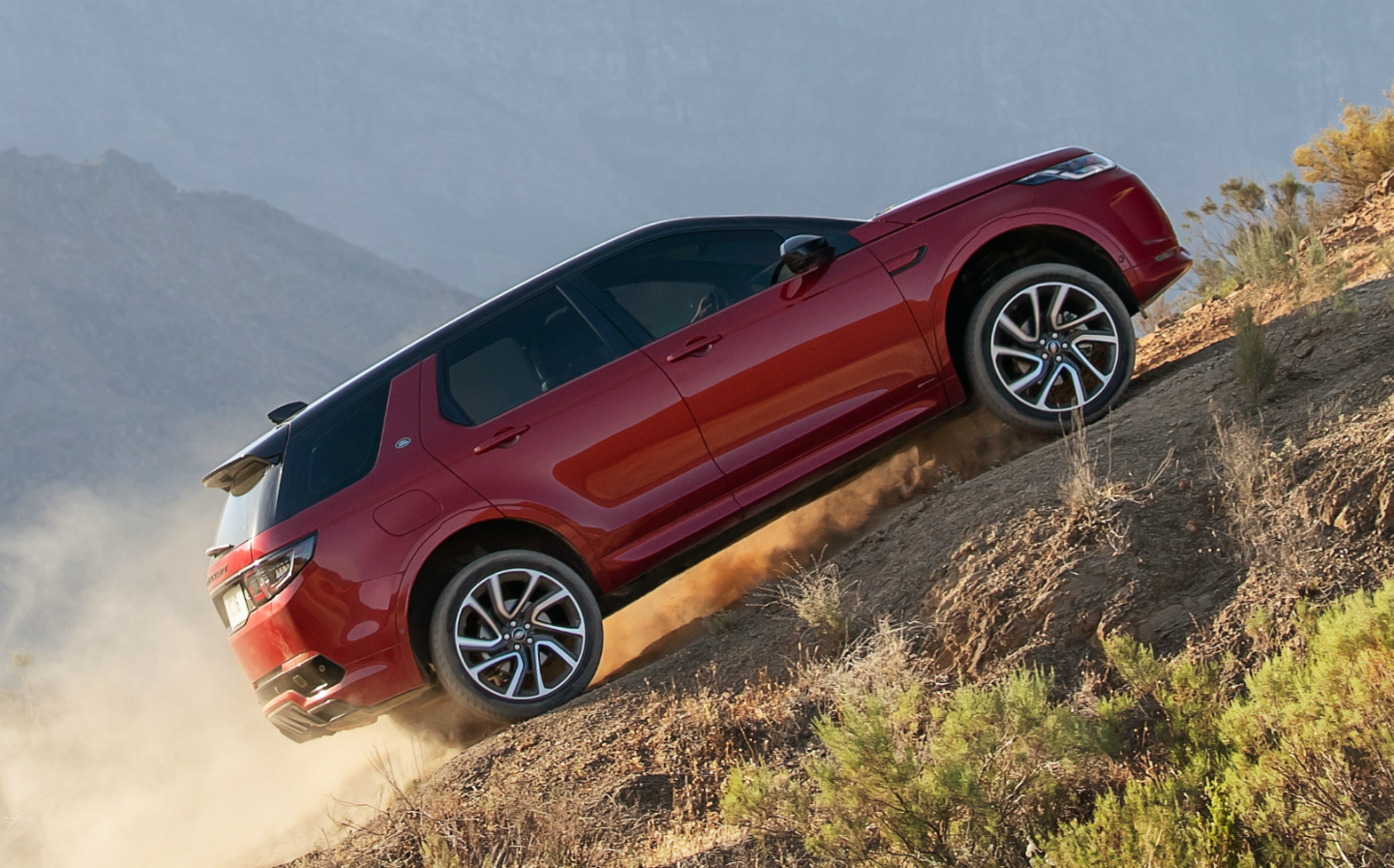 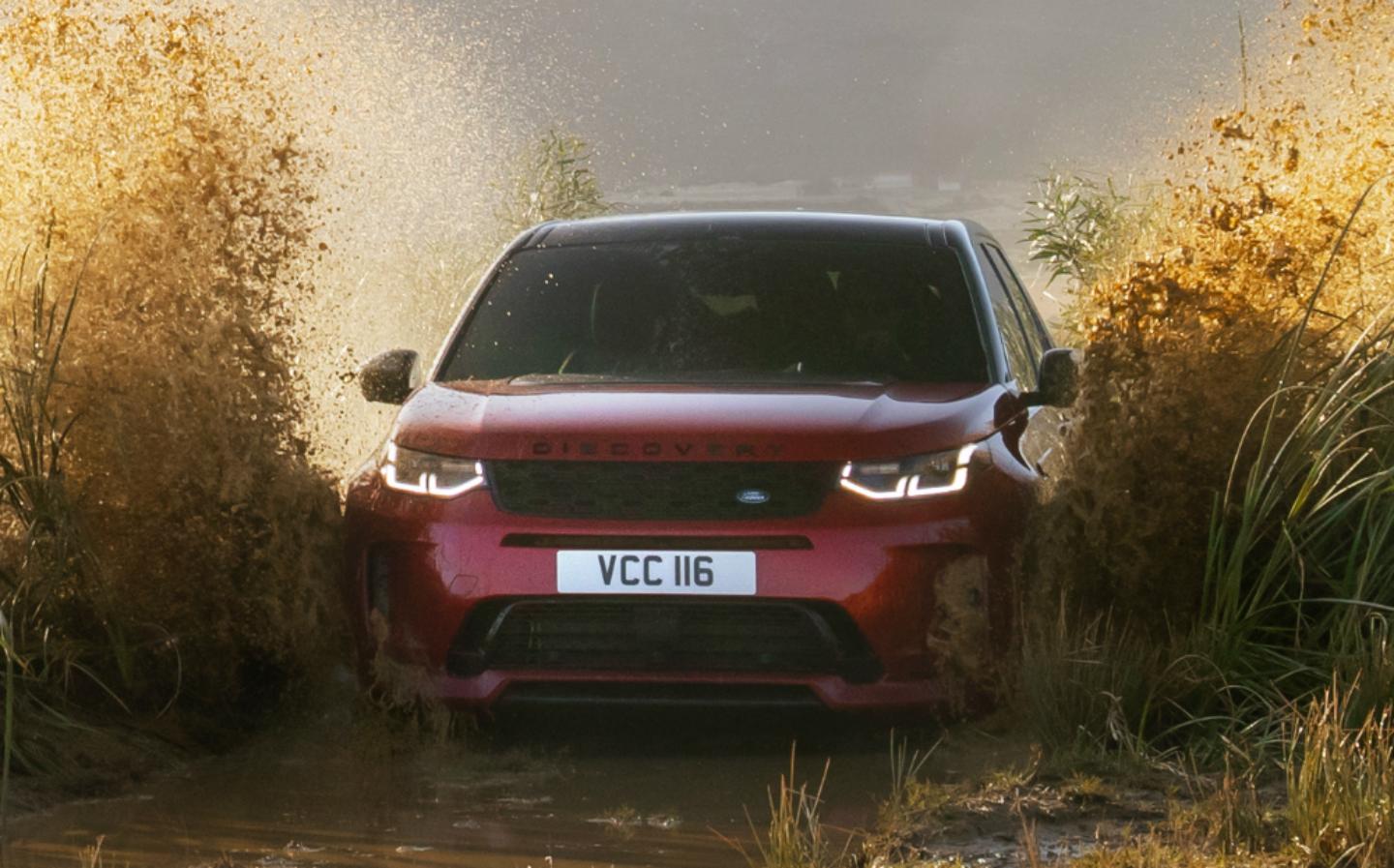 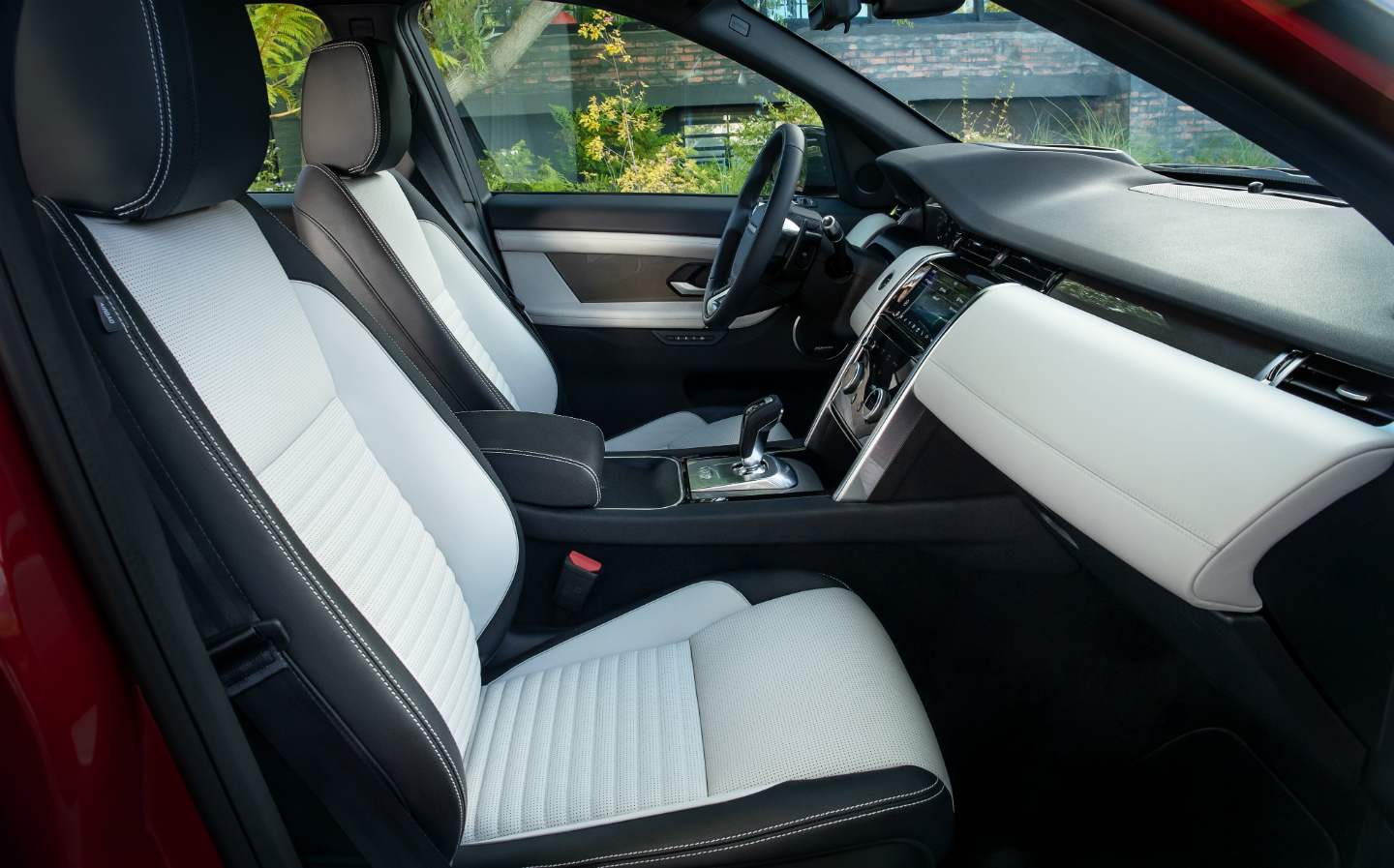 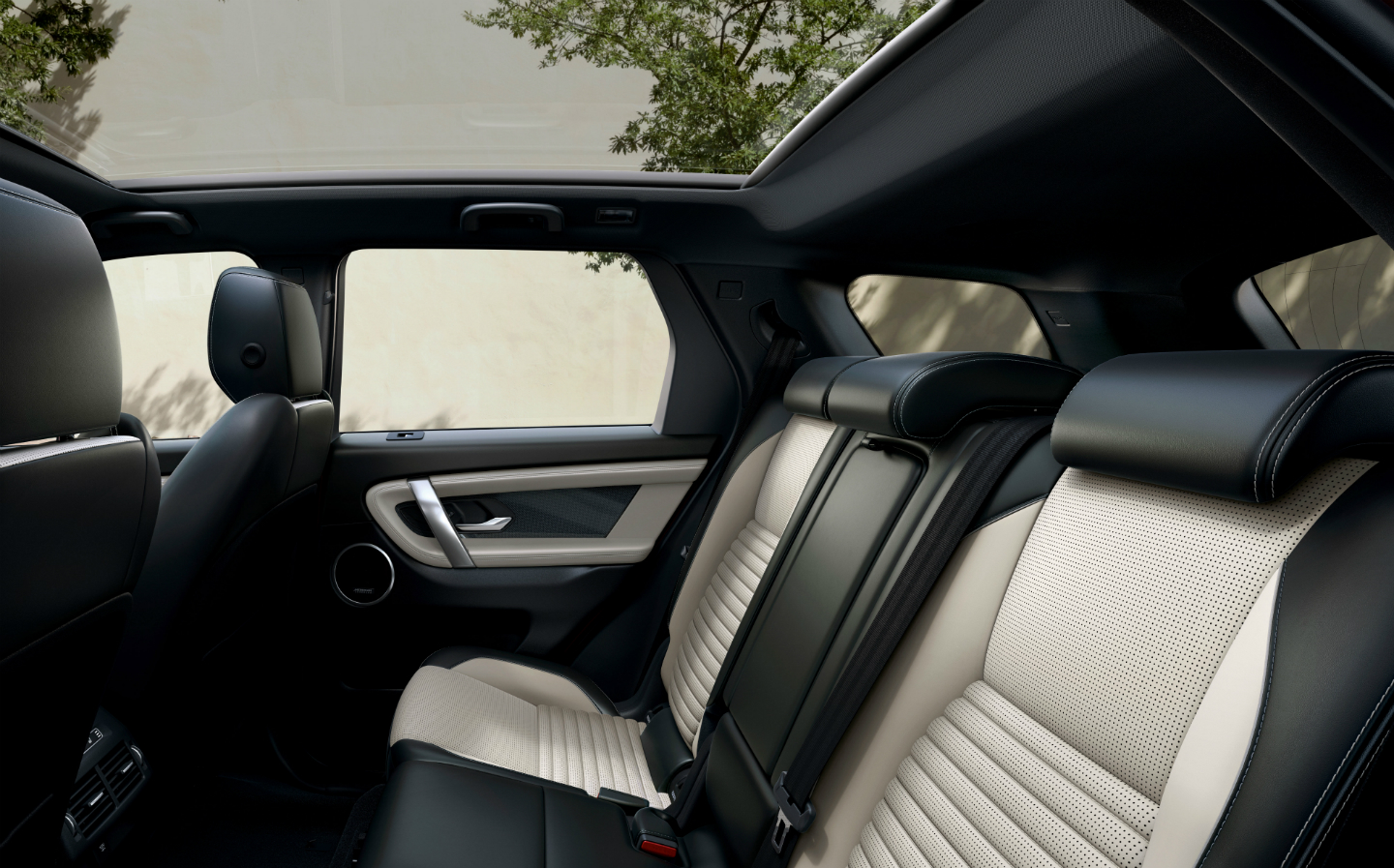 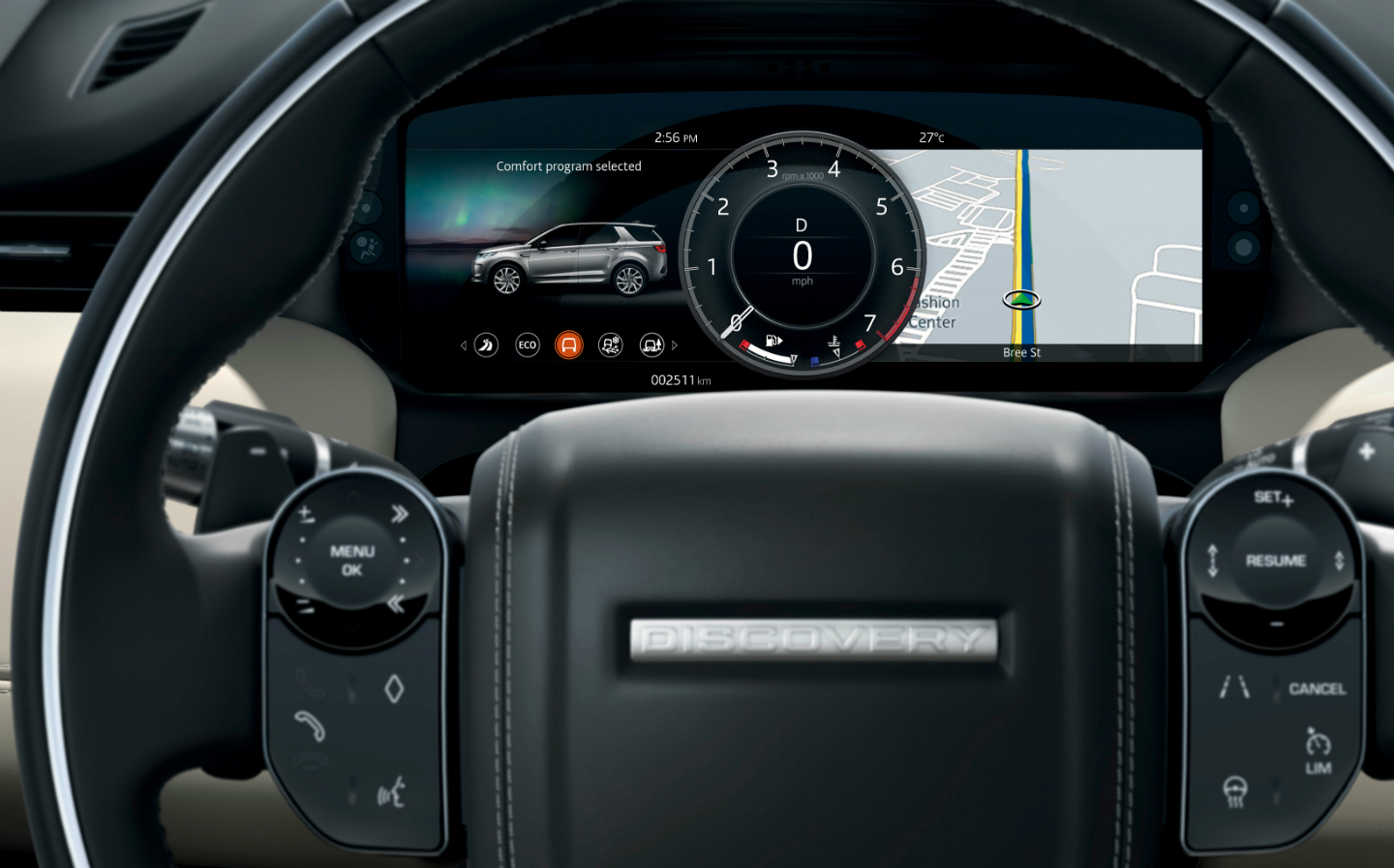 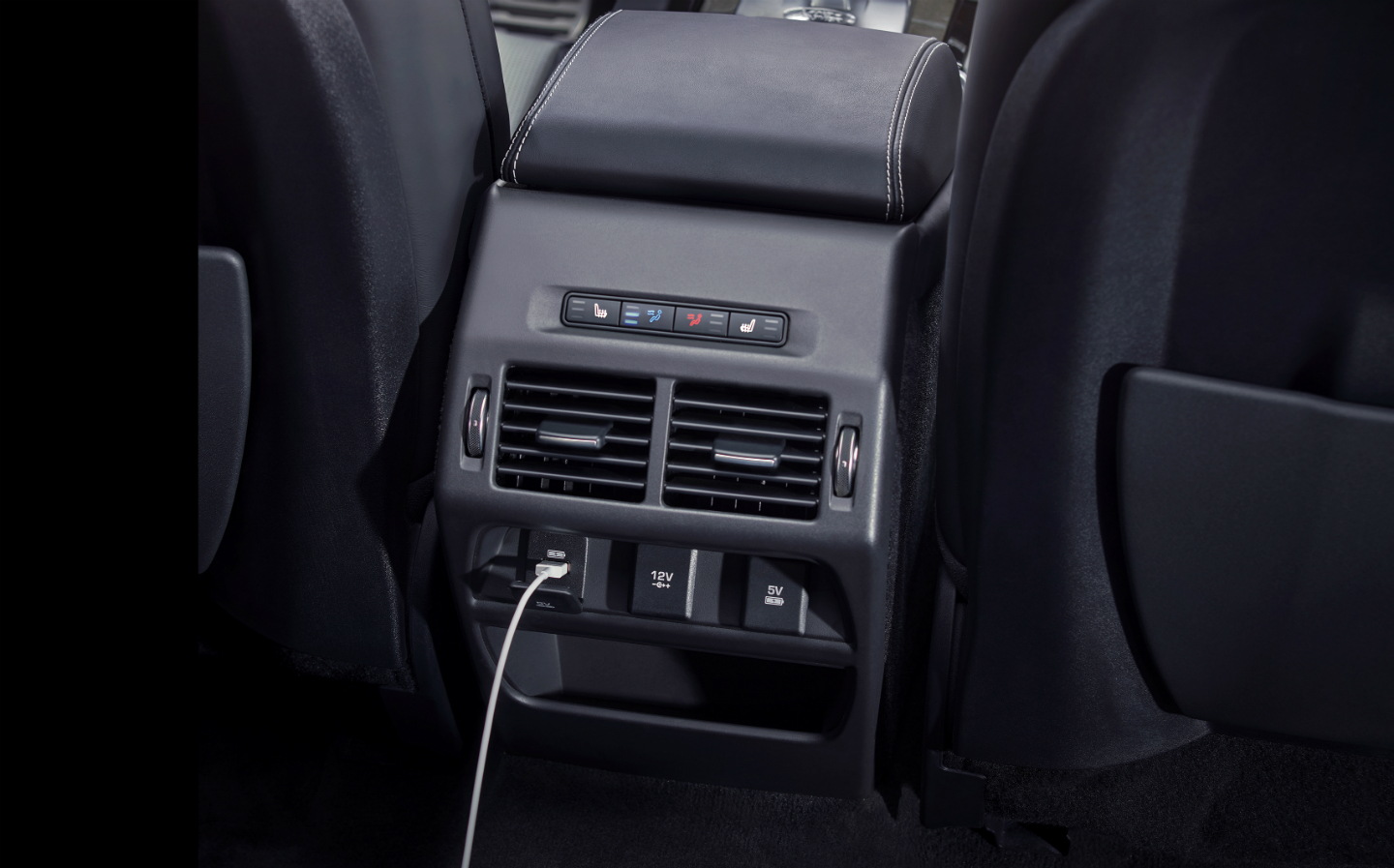 IT MIGHT not look like it, but this is the new Land Rover Discovery Sport. Well, we say new — actually it’s a heavily revised version of a car that’s still based on the underpinnings of the 2006 Ford Mondeo. Thankfully, it’s a significantly different machine, and has a decent wedge of updates when compared to the outgoing Disco Sport.

This facelifted model gets an updated front and rear end, a revised interior, hybrid engines and a couple of gadgets that play right into the hands of the Discovery Sport’s ‘lifestyle’ brief.

What hasn’t changed is that, for a standard family SUV, the Discovery Sport is mighty off-road. Four-wheel drive models come with Land Rover’s Terrain Response 2 system which lets you set the car up for a variety of off-road conditions.

Or, you can just hit Auto and let the car sense the terrain for you. Do this and the Disco will haul you up hillsides, over whatever off-road delights await you at the top, and lower itself back down to road level without so much as slipping a wheel.

It’s all very impressive, but for most customers completely irrelevant as the Discovery Sport’s most likely habitat is the suburban school run, where the toughest terrain involves aggressive speed humps and nasty potholes.

And on the road, the picture isn’t quite so rosy. Fuel economy isn’t great on all but the two-wheel-drive 148hp 2-litre diesel model – ironically, the only car that doesn’t get the clever fuel-saving mild-hybrid tech.

The 237hp 2-litre diesel we drove didn’t get much better than 30mpg in normal driving, while the other car we tried — the 247hp petrol — hovered around 20mpg. This despite both getting Land Rover’s new four-wheel-drive system than can decouple the back wheels. It’s also worth noting that neither car felt particularly quick.

Not that the Discovery Sport is a car that savours a spirited drive. Tackle a corner at speed and it’ll list like a cruise liner that’s taken on water, although the well weighted and accurate steering means it’s not a truly horrible car to hustle about. What it prefers, though, is fast cruising on the motorway, where the jostly ride calms down and wind noise is reasonably well suppressed.

Those laid-back qualities are helped by the fact the Land Rover sits higher than most SUVs, giving you a great view out and making it a simple car to drive in town and manoeuvre into parking spaces. The latter’s made easier by Land Rover’s ClearSight Ground View — technically an off-roading aid — that gives you a view of the ground between the front wheels, as if the engine were invisible, so you don’t scuff your wheels on high kerbs.

Another clever piece of kit is the clear ClearSight rear view mirror. It uses a camera mounted on the roof to replace a conventional mirror giving you a wider field of vision out the back of the car. It also means you can load the boot to the roof without impeding your visibility.

It only comes as standard on top-of-the-range models, but all Discovery Sports have been treated to a light interior revamp that takes the form of new materials – including swathes of textiles or leather on the dashboard and doors — and a redesigned centre console that’s a little too plasticky for comfort.

As it sits higher than most family SUVs, the Land Rover is an easy car to drive in town and manoeuvre into parking spaces

The combination of this, some questionable build quality and nasty yellow filament bulbs — which would be white bright LEDs in an Audi — mean the Disco Sport doesn’t feel as expensive as it should for a car this price. Nor does it have as good an infotainment system – its 10in screen being clear and crisp, but slow to respond and fiddly to operate.

What can’t be grumbled about is the Land Rover’s practicality. It can comfortably accommodate four tall adults with the option to have two spare chairs in the boot that are perfect for children. Fold them away and you’ll be left with a boot that’ll easily swallow a set of suitcases.

This kind of thing makes the Discovery Sport an ideal family car made cooler by its smart SUV looks and genuine ability. Hidden under the polished veneer, however, is an old design, and the baby Discovery can’t compete with the best people carriers as a result.