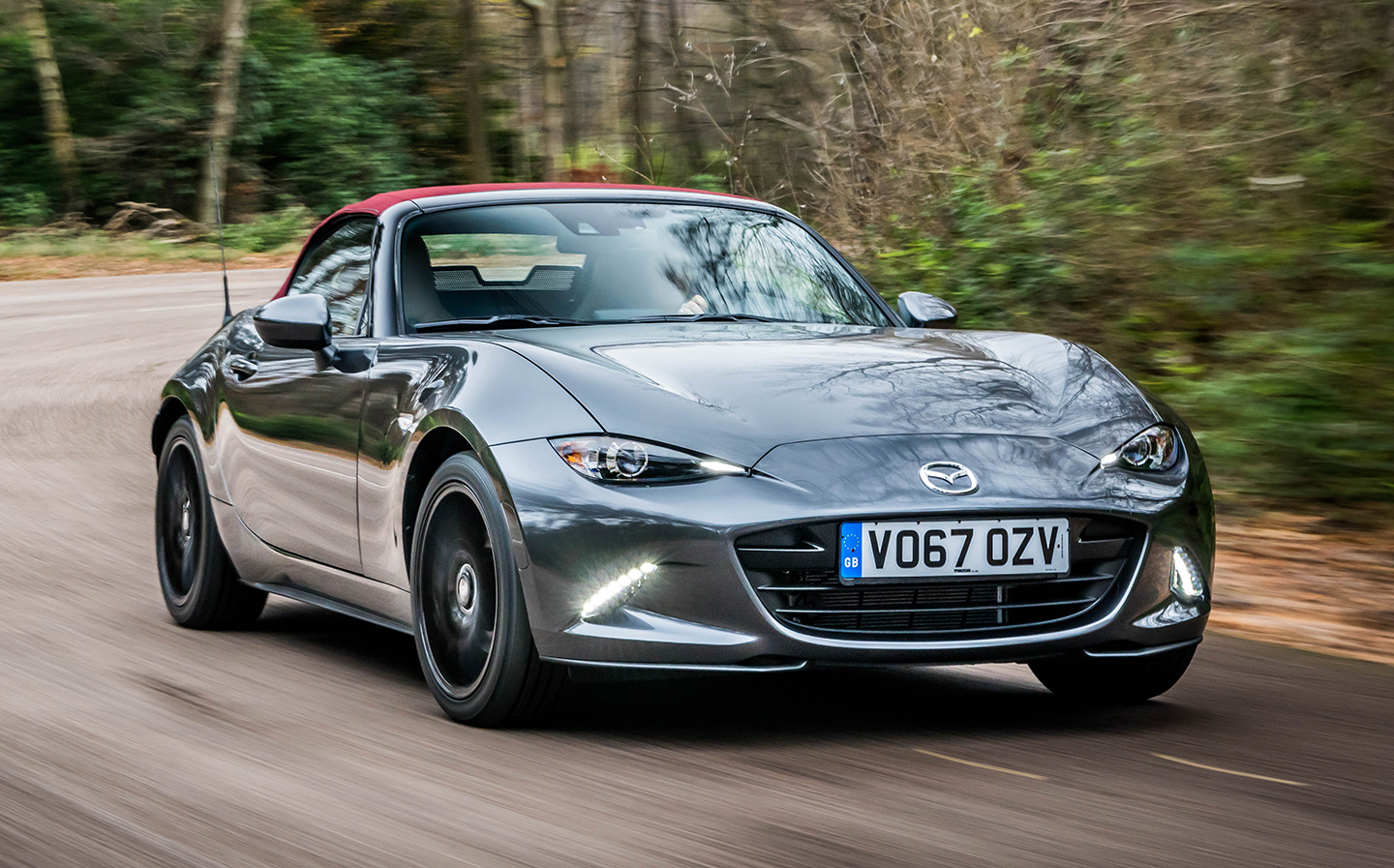 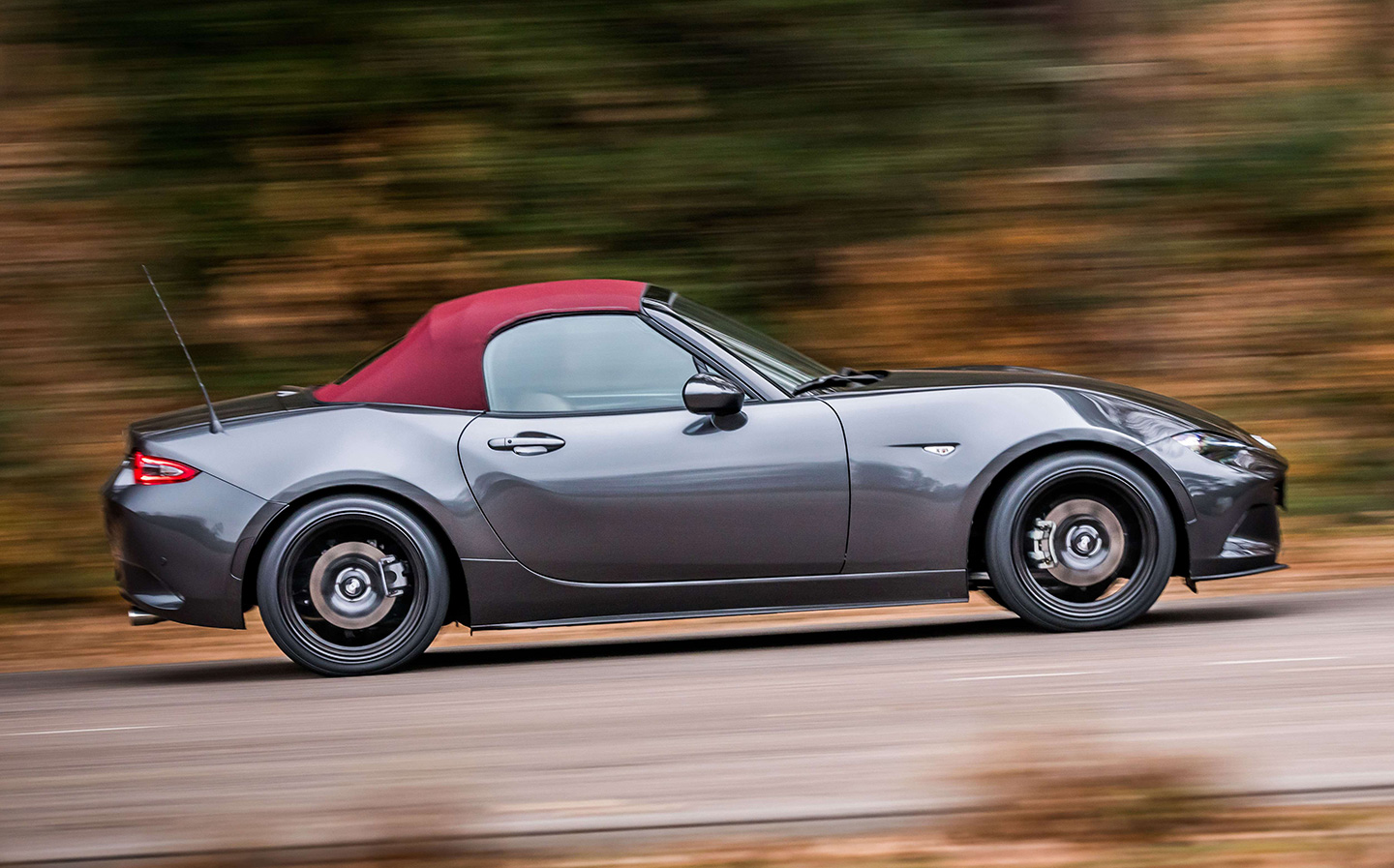 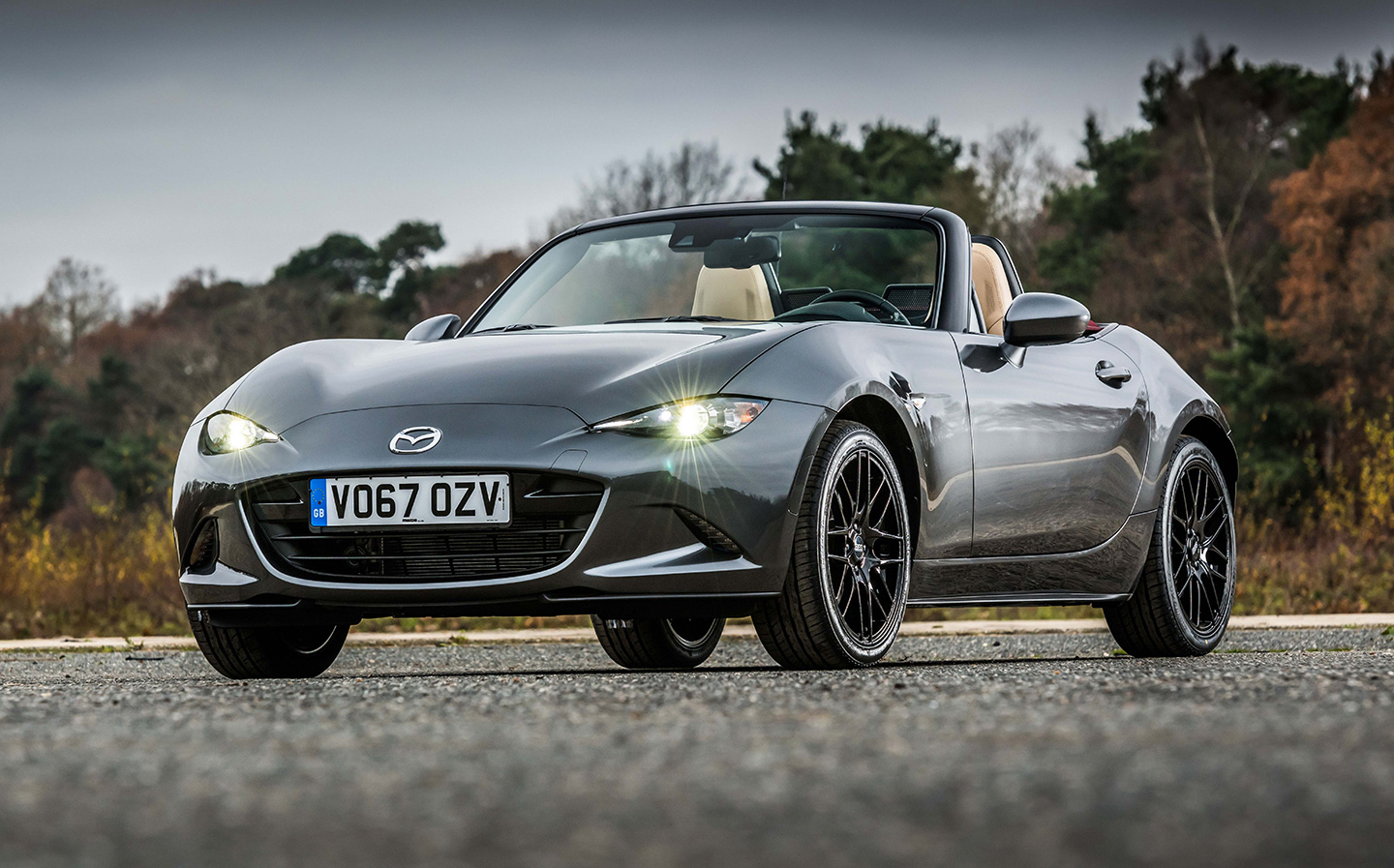 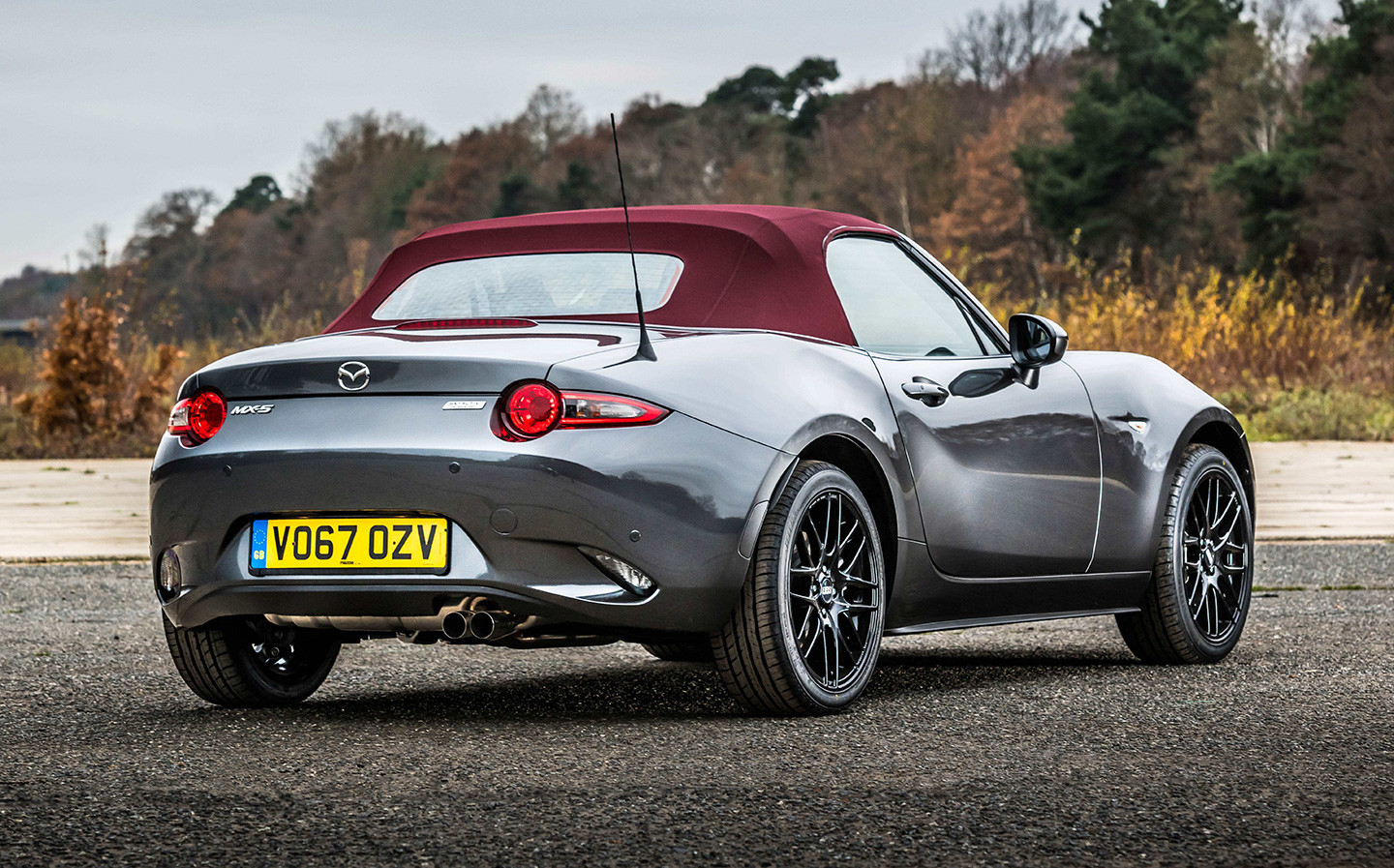 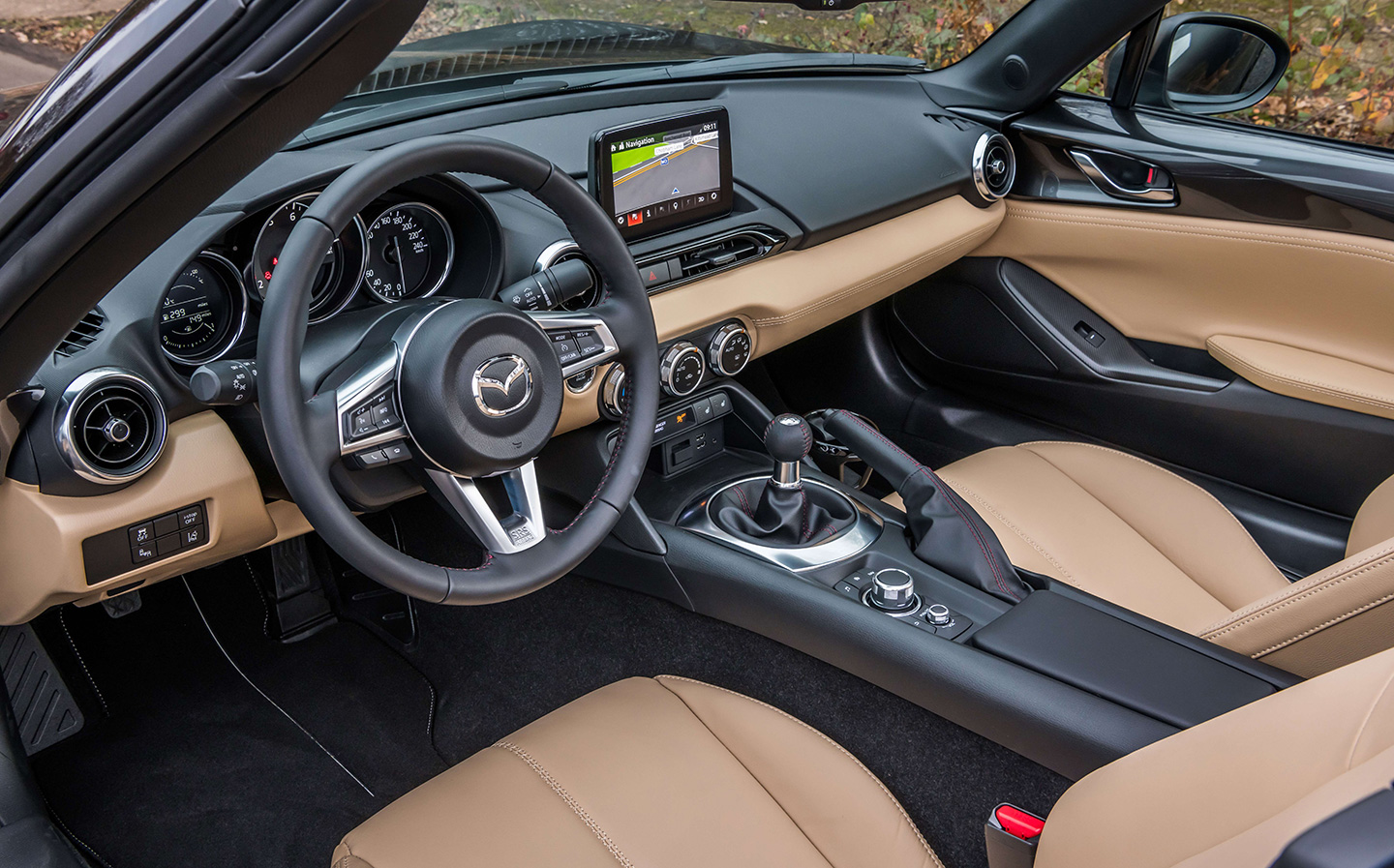 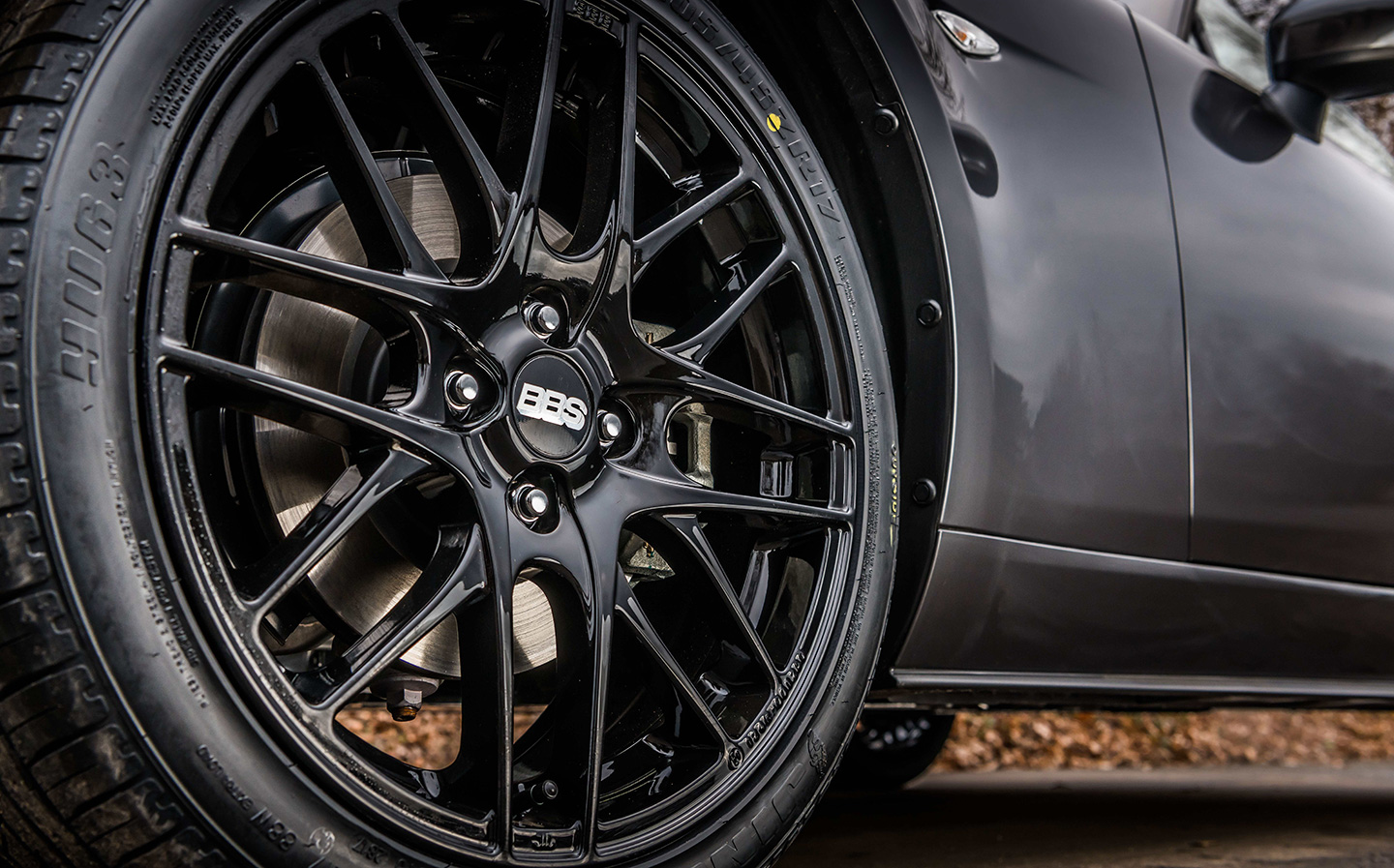 AS MAZDA never tires of telling us, the MX-5 is the most successful sports car of all time — with more than 1m sold worldwide, including 100,000 in Britain. Through all its upgrades it has stayed true to a simple formula: a fizzy engine at the front, rear-wheel drive, two seats and a road-hugging chassis.

Its popularity may also be down to the price. When it was launched in the UK in 1990, the basic version cost £14,249, a bargain back then; at £4,746 more today, it still is. For the past decade or so there’s been nothing much to rival it.

It wasn’t always that way, of course. In the old days Britain excelled at producing cheap, zesty two-seaters, and there were lots to choose from, including the MG Midget, Triumph Spitfire and Austin-Healey Sprite. Owning one promised the freedom of the open road and wind-in-the-hair adventure.

In these rain-soaked islands, that was a triumph of hope over experience, especially as most of the convertibles consisted of a temperamental engine, some wheels and something called a tonneau. This was a cover that took an hour to fit in a lay-by, by which time it had stopped raining.

Then one day Britain’s car industry imploded and many of the great names disappeared.

Luckily, a motoring journalist named Bob Hall had the bright idea of creating a modern sports car based on the excellent but defunct Lotus Elan and took the plans to Mazda. The combination of British inspiration and Japanese engineering turned out to be exactly what the market wanted, even though not everyone was convinced it would be a success.

Purists said it lacked the rebellious streak of the Lotus. Others labelled it a lightweight — not in the favourable way — and best suited to hairdressers. One MX-5 owner I knew was taunted for being a member of the MGB GT community, which was puzzling because obviously that’s a totally different car. Most buyers didn’t care, and the rest is history.

Any convertible will feel good on a road such as this, but there’s something about the MX-5’s energy and compact dimensions that say: “Just enjoy the ride.”

The MX-5 saw off competition from the MG F, the Toyota MR2 and the Fiat Barchetta until it was in a class of one. And so it has remained.

But, hallelujah, more two-seaters are on their way, some surfing in on a wave of nostalgia for the golden age of sports cars. They may lack the quirky charm of their ancestors but they make up for it by having brakes that work. Instead of being screwed together by men in sheds, they are made by the vast global alliances that now control the car market.

The Renault Nissan Mitsubishi partnership has revived the Alpine A110, harking back to the excellent Gallic racer; FCA, or the Fiat Chrysler Automobiles tie-up, has produced a modern version of the fabulous Fiat 124 Spider, a 1960s classic, with a hot Abarth version being the one to get; BMW is relaunching the Z4; and coming soon are new models from MG and Lotus, both now Chinese-owned. Drivers could be spoilt for choice again.

Where does that leave the MX-5? Its Hiroshima-based maker has replied by giving it a shot of adrenaline. It has tweaked the 2-litre engine to add horsepower, resisting with zen-like determination the calls to put in a turbocharged unit, and it has tinkered with the rev range.

The improvements may not sound big, but when you drop the top down on a sunny autumn morning and roar onto the open road — or at least the motorway — there’s even more seat-of-the-pants fun. Release the clutch, rev to the red line and the MX-5 will reach 62mph nearly a second quicker than before, with noticeably more oomph as you notch the stubby gearlever through the six-speed box.

As always, the seating position is inches above the road, with your toes almost touching the engine as the countryside speeds by in a blur. Alongside the newcomers, the MX-5 remains truest to those hairy British sports cars of old — with one crucial difference. If it rains, you can reach back and swing the top into position — no lay-by needed. When it’s time to open it, all it needs is a flick of a catch and a one-handed shove.

To put the new MX-5 through its paces I set off from Belfast and headed through the back roads across the border into the Irish republic, hitting the coast near Bundoran in Co Donegal and turning north on what the Irish tourist board calls the Wild Atlantic Way. The route meanders past towering cliffs, snug villages and Europe’s best surfing beaches. 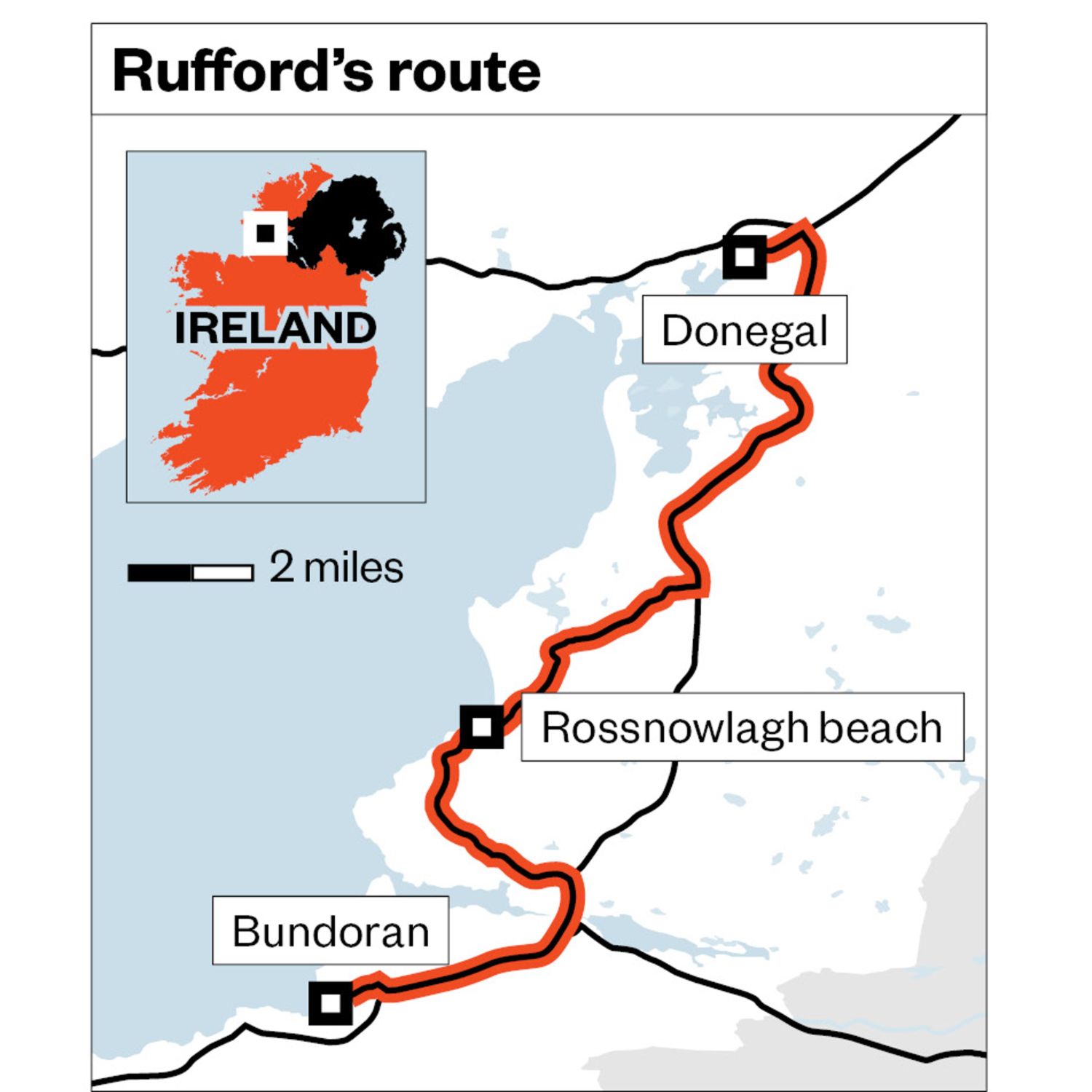 If you do the whole length from Co Cork in the south, you’ll arrive at Malin Head in Co Donegal weather-beaten, tousle-haired and with sandy feet, ready to give up the rat race for a crofter’s cottage.

Any convertible will feel good on a road such as this, but there’s something about the MX-5’s energy and compact dimensions that say: “Just enjoy the ride.” You can work the accelerator and gears in unison, slingshotting between apexes as the asphalt rises and falls between headlands.

Most of the time you’ll have the road to yourself, though overdo it on one of the steeply cambered bends and you could end up in a peat bog. Other hazards include wandering livestock and stone walls on either side that merge into the grey sea mists — but aren’t as soft if you scrape them.

The MX-5 scoots along, and by the time you’ve dipped down to Rossnowlagh beach, stopped at the Gaslight or Smugglers Creek inn to dine on local seafood and staggered back to your car under the huge Irish skies, you’ll have started to go native. Don’t fight it: park up for the night and join the locals for “a pint of plain” (as in Flann O’Brien’s poem The Workman’s Friend: “A pint of plain is your only man”).

Amid this grandeur, it seems picky to dwell on comparisons between the MX-5 and its rivals. Suffice to say that, of the newcomers, the Abarth 124 Spider comes closest to the Mazda’s playfulness. Some readers may know that the two are the same basic car with differences under the bonnet. Abarth sends 1.4-litre turbocharged Fiat engines from Italy to Mazda’s Hiroshima factory, where they are plonked into an MX-5 donor chassis. The Japanese company makes the 124’s body panels, lights and interior, and then sends finished cars back to Italy for distribution.

It seems a lot of trouble for the Italians to go to for what amounts to a cover version of an already successful single. Their model looks a bit more exotic — a bit more Audrey Hepburn — and has a lustier exhaust note.

Both are good. If you are a latte drinker, the 124 may be your choice. If you like your coffee black, stick with the cheaper MX-5. Jeremy Clarkson described the MX-5 before it was rebooted as a “full-on five-star gem”. Even with rivals closing in, it still is.