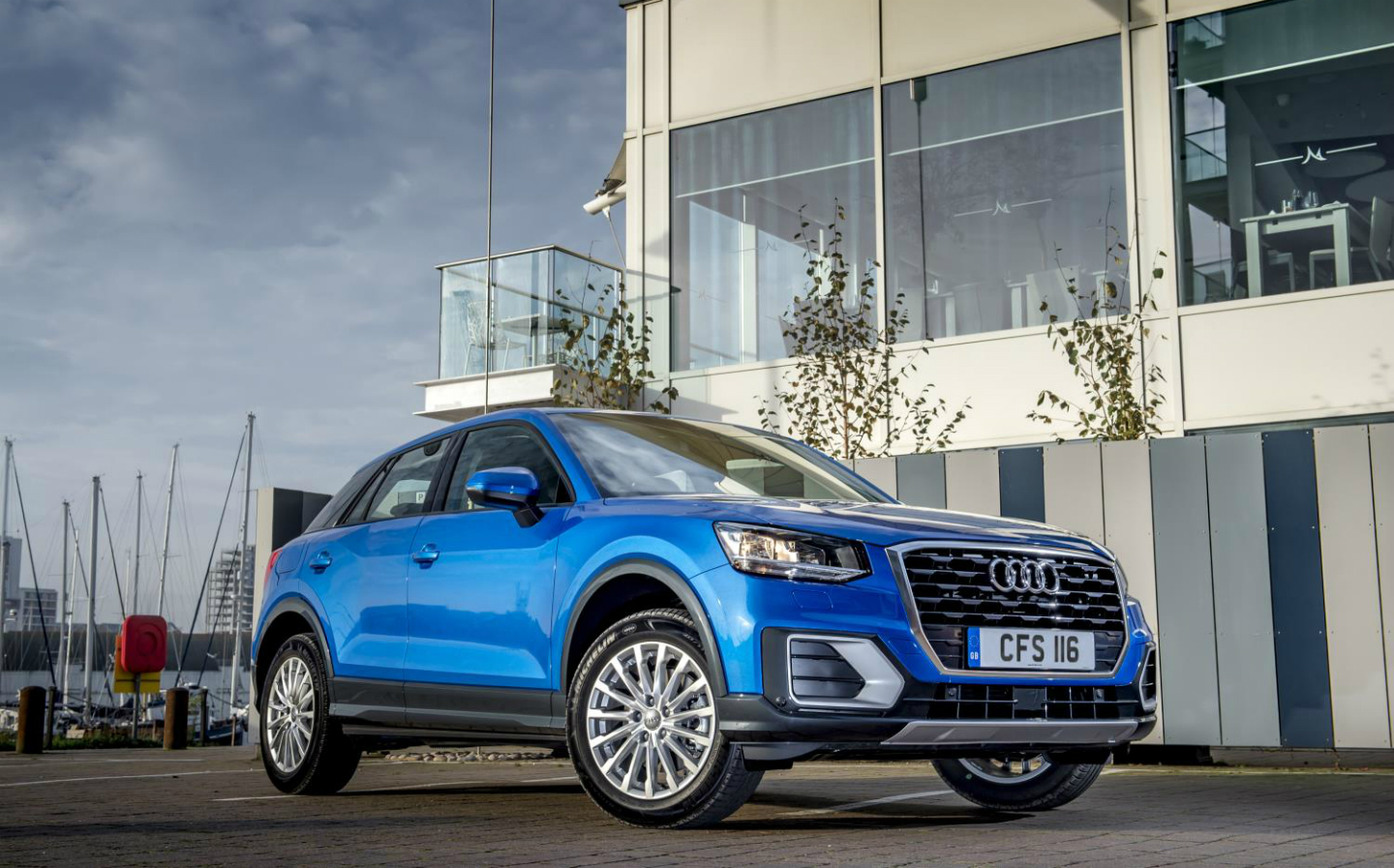 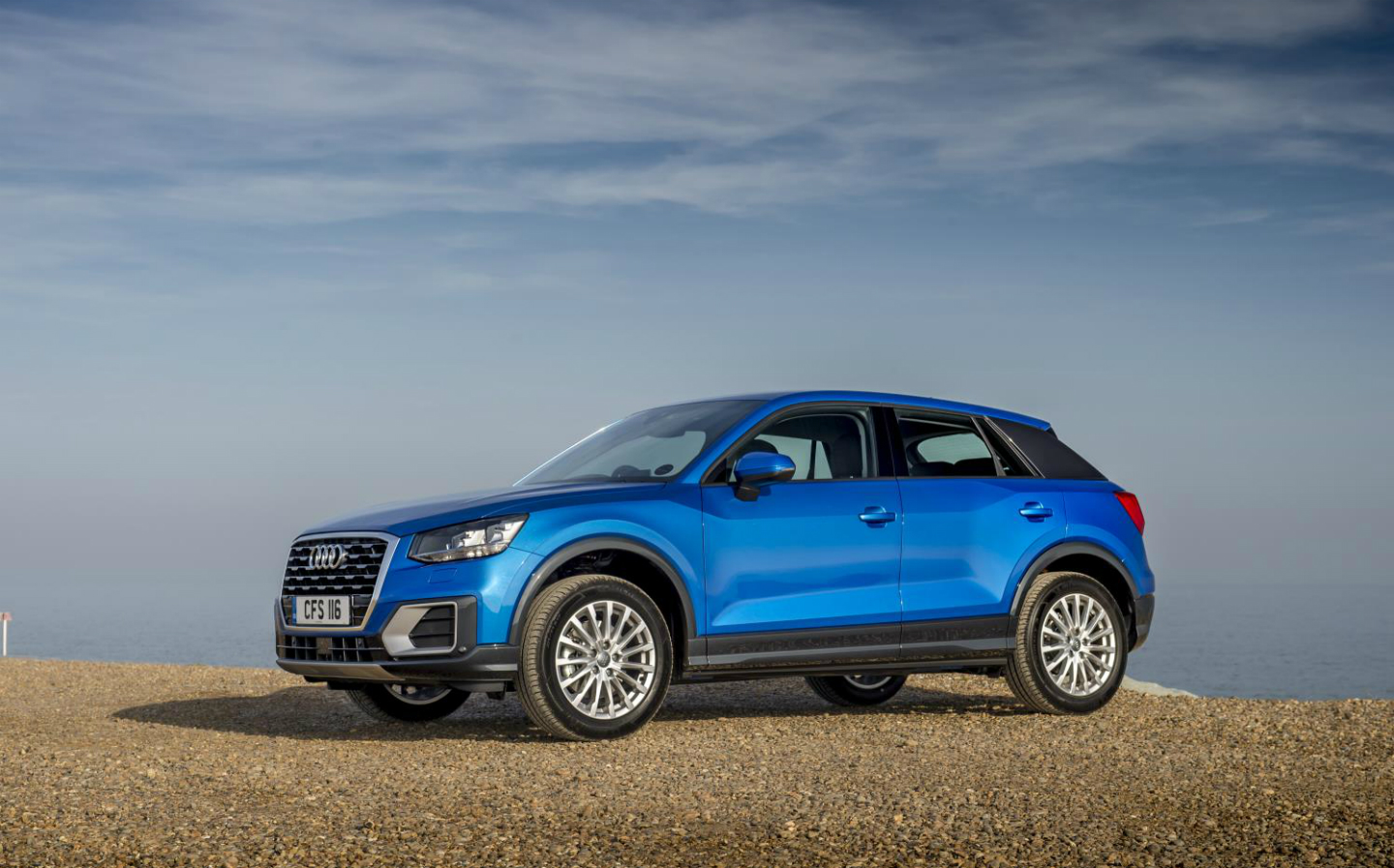 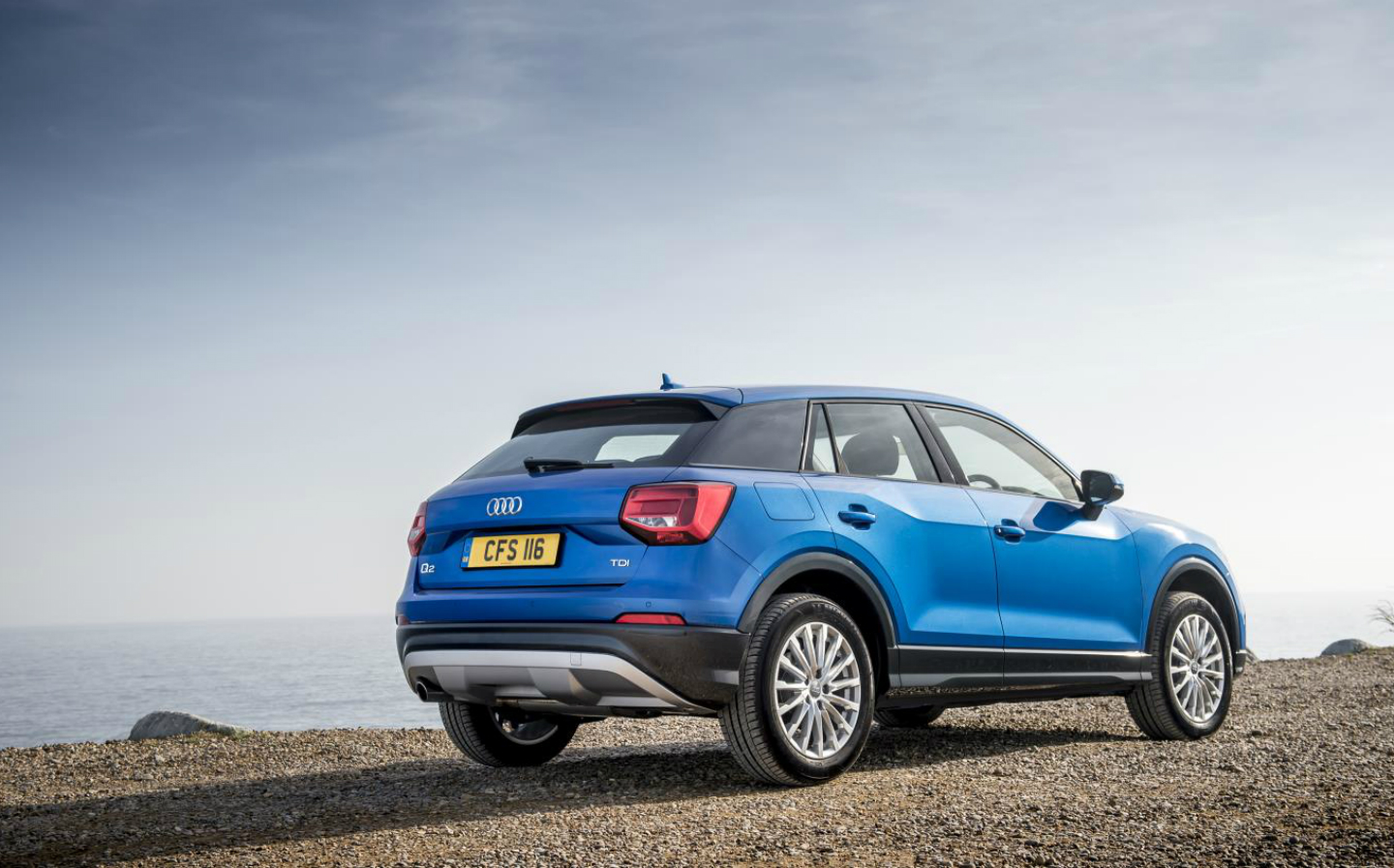 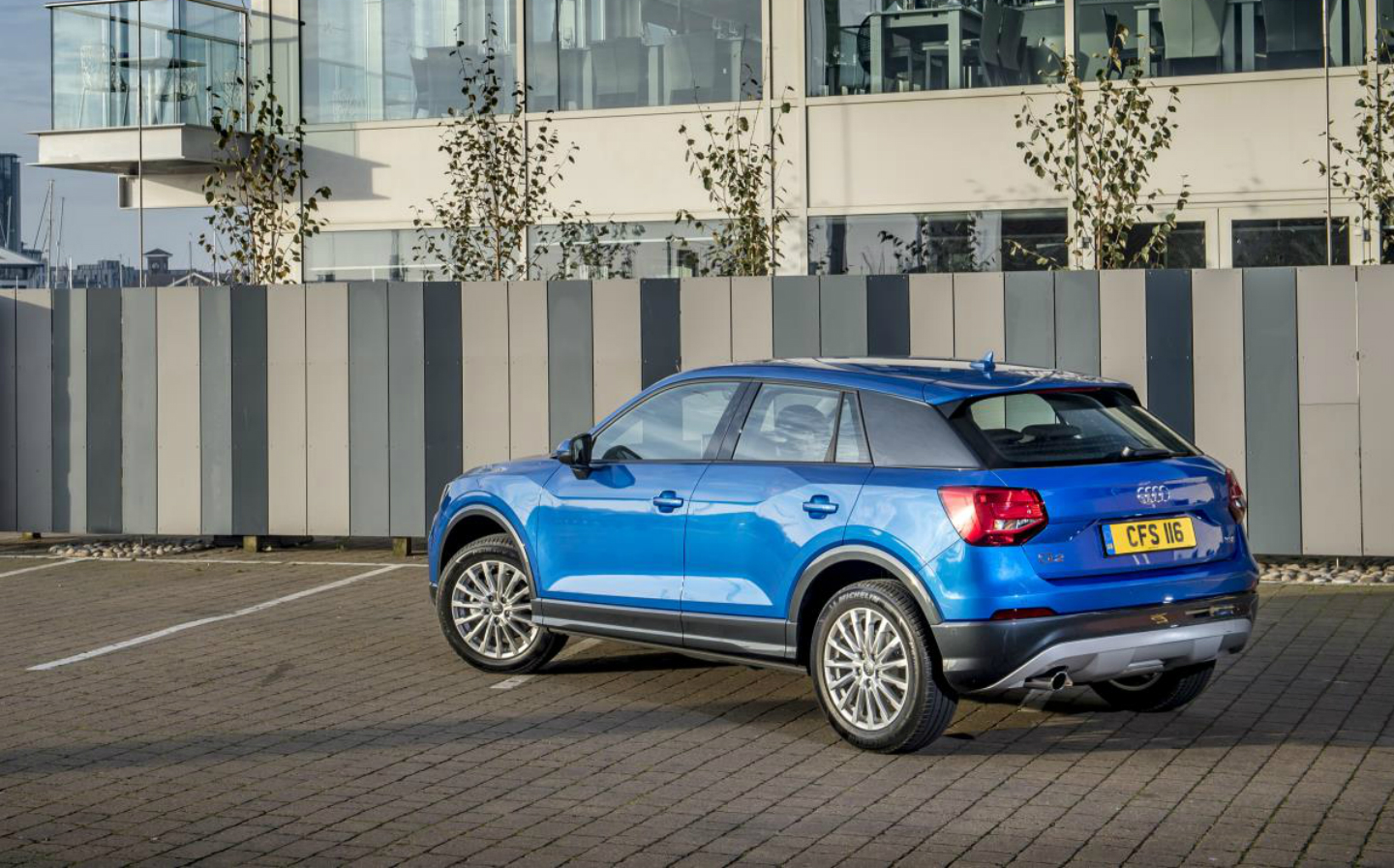 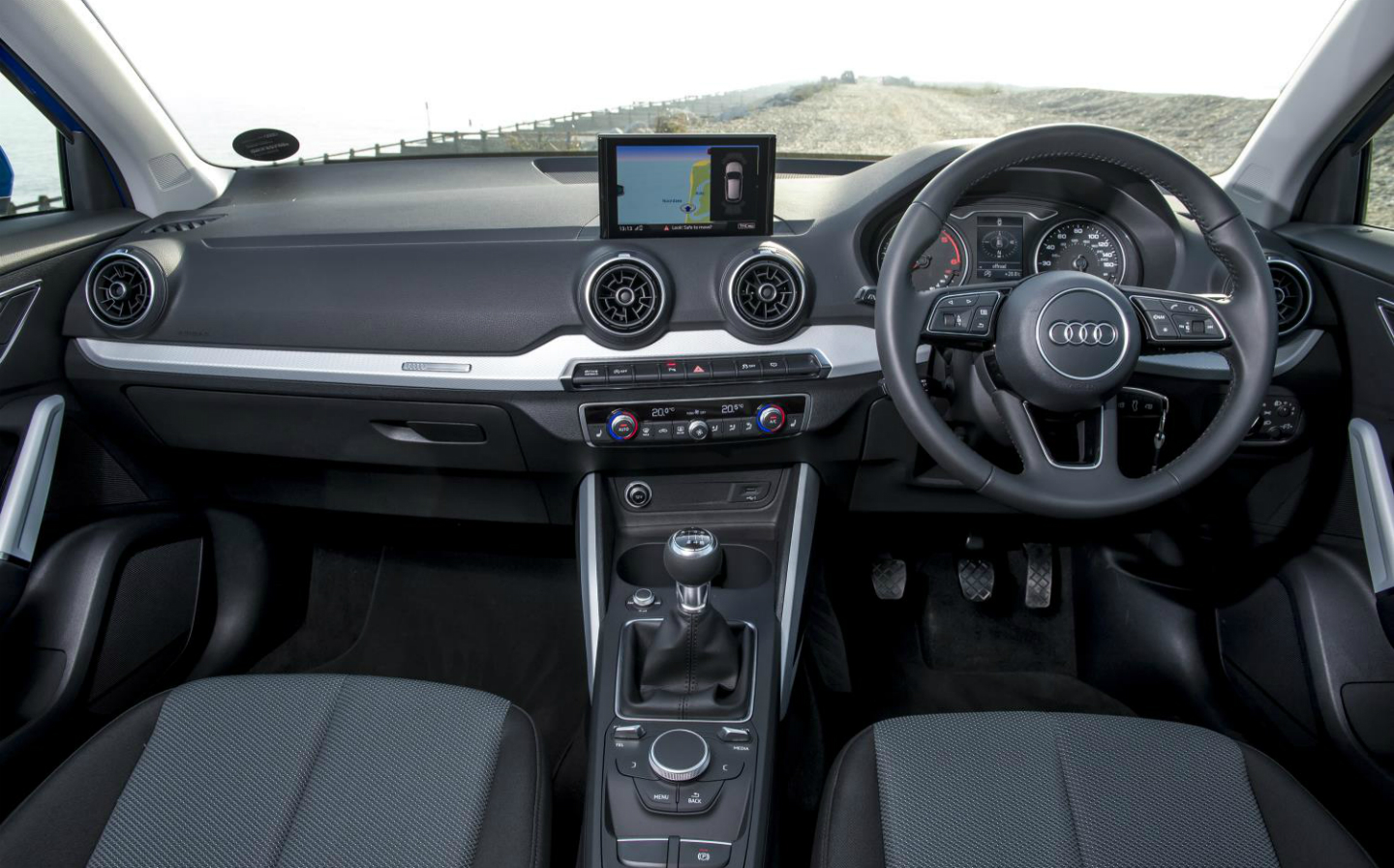 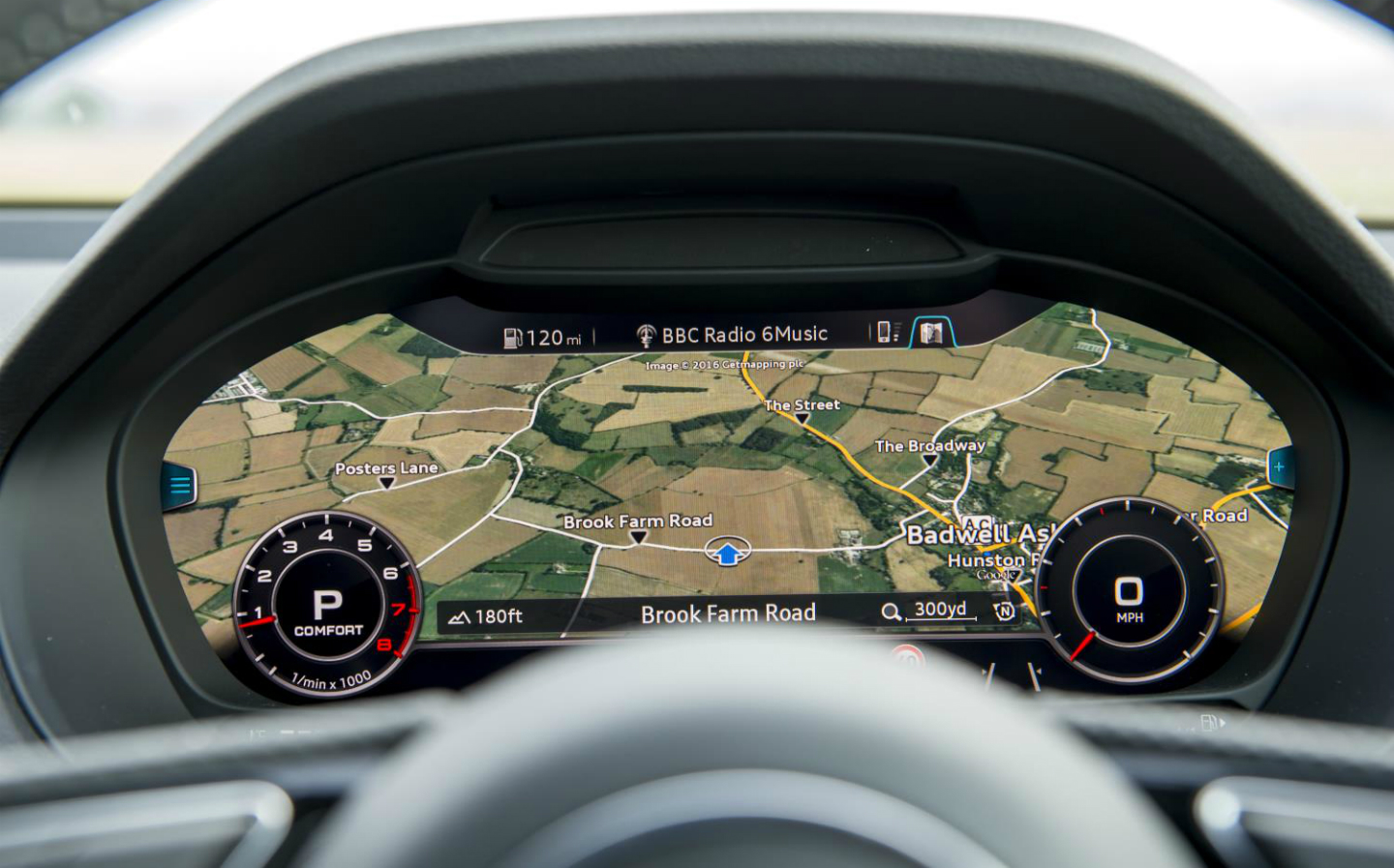 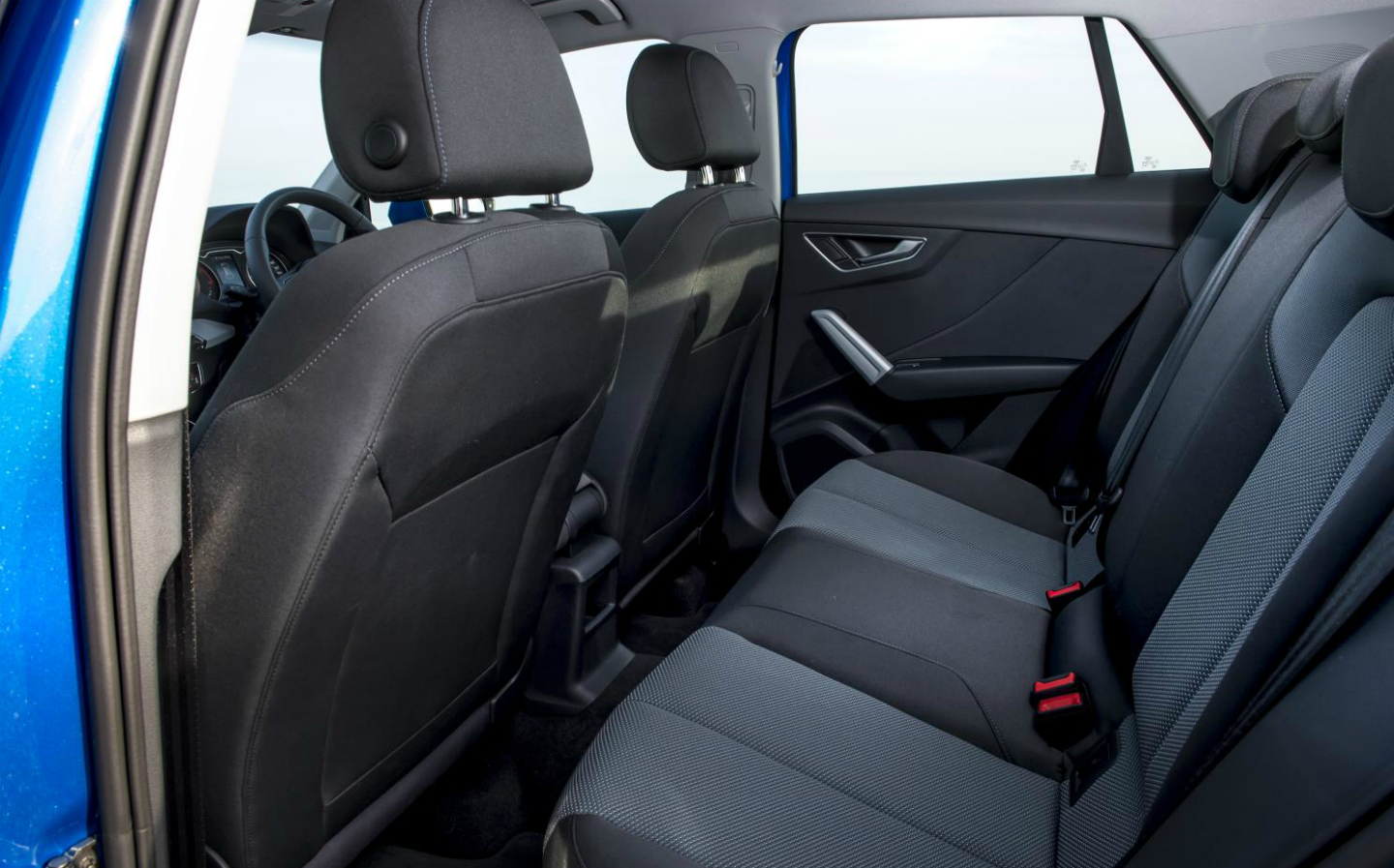 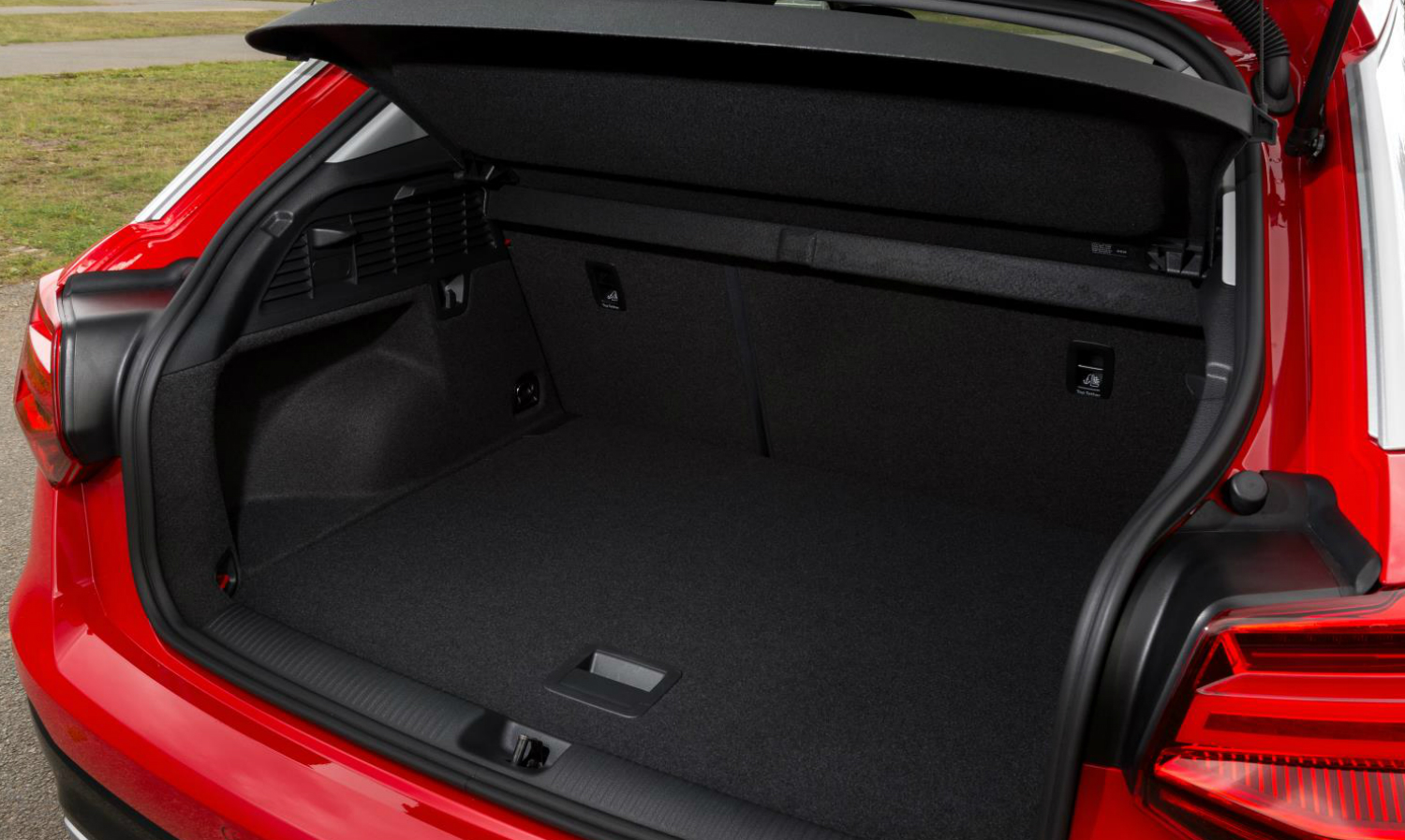 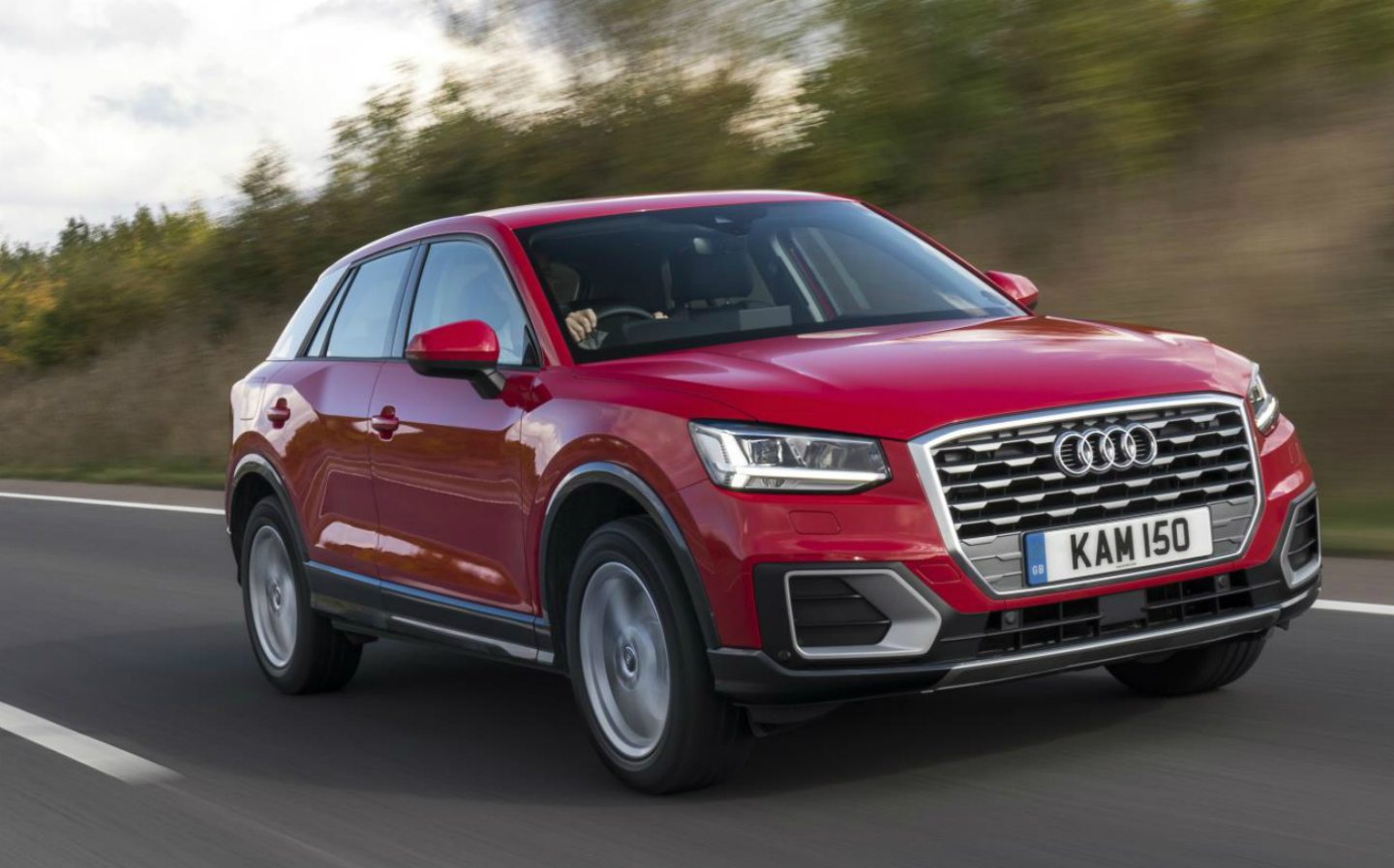 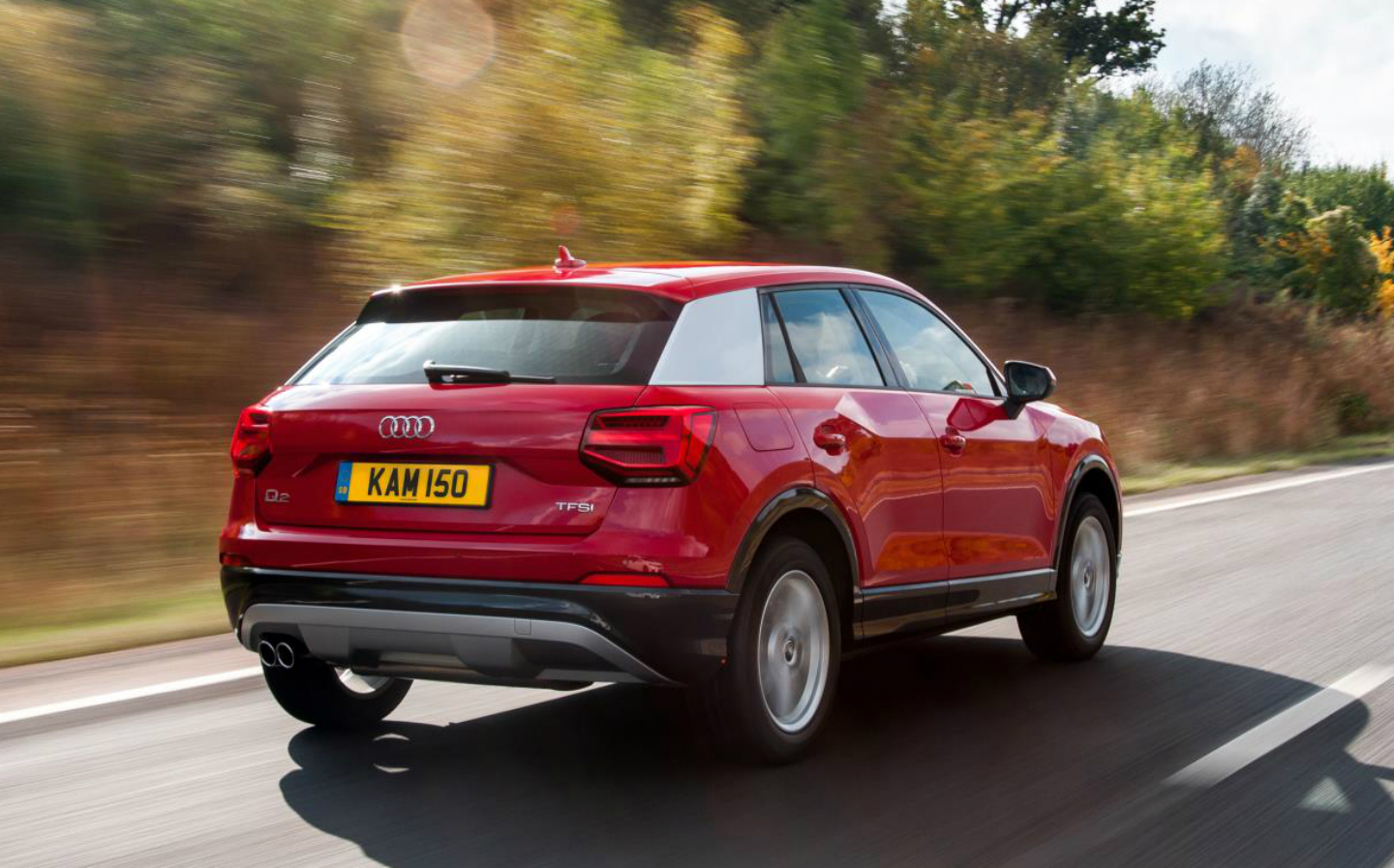 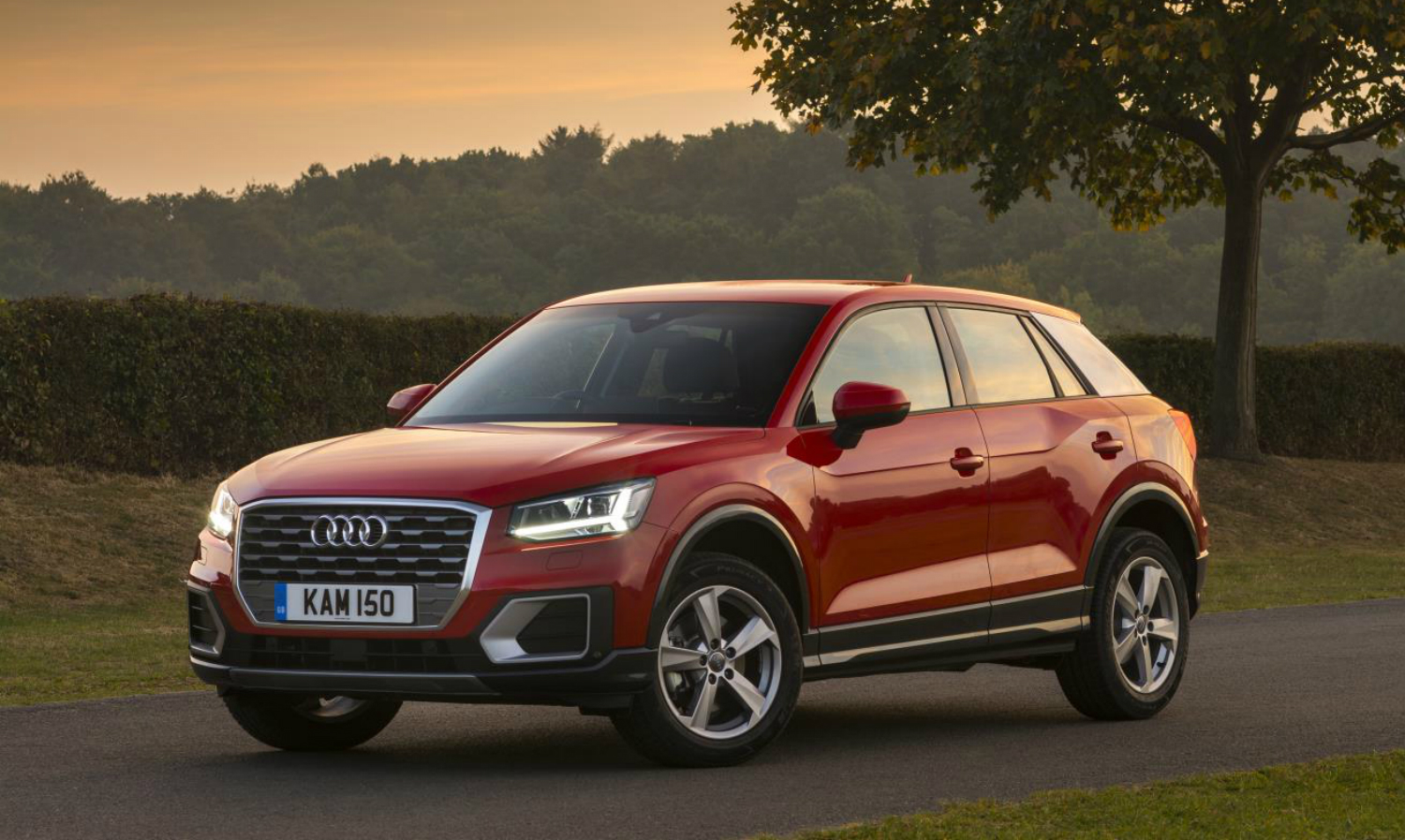 WITH THE sort of exacting efficiency drivers have come to expect from Audi, the Vorsprung durch Technik car maker, which spends its every waking moment figuring out advances like laser lights, aluminium spaceframes and digital dashboards – not to mention how many variations of a number preceded by an A or Q there could be – it has created the Q2, arguably the first car to be sold unashamedly to the selfie generation.

On the surface, this might appear to be a smaller Q3, which in turn is a shrunken Q5, which itself was fathered by the Q7. But no; this is an entirely different kettle of fish.

This isn’t a large SUV that’s as happy hauling a horsebox to a gymkhana as it is dropping off six children at the school gates. The Q2 isn’t interested in driving off-road; its owners are more likely to live in the suburbs than the sticks.

Instead it’s one for the Airbnb crowd; the young and the young at heart, who think nothing of putting on a pop-up dinner party, share their life on Instagram and can’t wait to strut their stuff at a silent disco.

At least, that’s the impression you get from Audi. The reality is that plenty of Q2 drivers will be retired and looking to downsize into a car with a raised stance and posh badge.

It’s petite on the outside, cosy on the inside. To my eyes, at least, the Q2 is one part Land Rover Evoque, one part Mini Countryman and one part Audi Q7. There are some clever illusions used to make it appear lower than it really is, such as a contrasting colour roof and rear pillars which can be painted in a different shade again to the rest of the body, creating the impression that the roof is perched delicately on top of the windows.

The overall effect is surprisingly likeable. And the countless ways to customise the car show that Audi is ready to court Mini drivers like a serial dater on Tinder.

With the shockwaves of Dieselgate still rippling out across the car market, and few owners likely to drive their Q2 to the moon and back, the 1.4 TFSI seems like the most sensible model for most drivers’ needs.

There are three trim levels – SE, Sport and S Line – and it’s Sport that looks like the most sensible package, adding navigation, cruise control, automatic wipers and lights, Drive Select and front sports seats to the SE’s air conditioning, smartphone interface and alloy wheels. It would cost £23,930 with the 1.4 TFSI and a manual gearbox (an automatic is £25,480).

Don’t expect fireworks from the interior. Much of it has been lifted from models like the A3, but that’s no bad thing. The fit and finish is impressive, the ergonomics are first rate and there are some flourishes of playfulness that are unique to the A2, like interior trim that can be matched to the colour of the car’s paint.

A worthwhile option is the ‘virtual cockpit’ which is effectively a digital instrument display and can give panoramic views of navigation maps whilst leaving the central infotainment display screen free for operating the likes of Apple CarPlay. 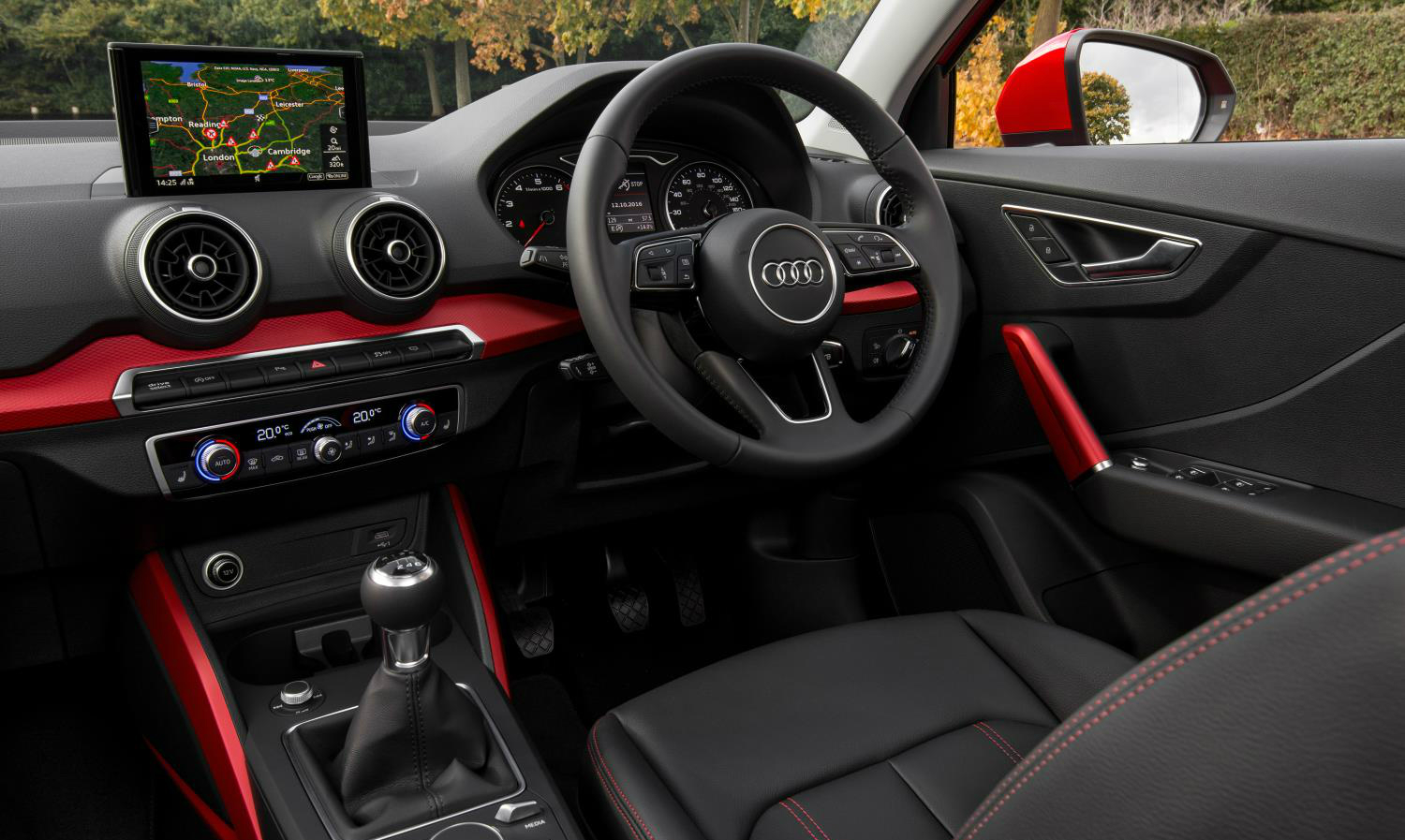 This is a wieldy car in town. Visibility is good, the steering has been cleverly engineered to get more direct and responsive the more it’s turned, and it works a treat, and the 1.4-litre engine and automatic gearbox get on with their job without a murmur of complaint.

On the motorway it feels impressively stable and hushed at 80mph, and has enough oomph to hold its own in the outside lane, but gets a little too vocal at the top of the rev range. The Q2’s adaptive cruise control works well, and a variation of that (for cars with an automatic gearbox) is ‘traffic jam assist’ which speeds the car up or brings it to a halt, so all the driver has to do is steer and touch the throttle to have the system move from a standstill in traffic.

None of this is new. But on winding roads that are the sort of place every sports car driver dreams about the Q2 really doesn’t put a foot wrong. It’s relatively agile, a tenacious little thing that feels every inch a quality product.

However, after testing the 1.6-litre TDI SE with a manual gearbox, we started to discover that the smallest Q car isn’t the flawless addition to the Audi family we’d first believed.

When first started, the smallest of the diesel engines rattles like a lifelong smoker with a particularly nasty chest infection. Then there’s the gearchange; it feels like someone forgot to put oil in the gearbox, with an heavy, obstructive shift that doesn’t get any better once the car is warmed through. It’s a long time since we tested a car with a poor gearchange.

Still, there’s always the fuel economy to make up for these niggles, right? Wrong. In our hands, the 1.6 TDI achieved 45mpg, not much to write home about for a small car that’s meant to do 64mpg.

While we’re grumbling, the extra weight of the diesel engine dulls the Q2’s responses like a parent short on sleep, and the driver’s seat doesn’t come with lumbar adjustment, which is incredibly mean in a car costing £22,480.

And for the record, you really don’t need the option of quattro four-wheel drive, no matter where you live. Just buy a set of winter tyres instead and save a small fortune.

Diesel, then, doesn’t suit this car. The petrol powered 1.4 would be our pick of the range. If you buy the petrol powered model, ‘quality product’ just about sums up the Q2. It might be aimed at the selfie-generation but there’s nothing shallow about Audi’s smallest Q car.