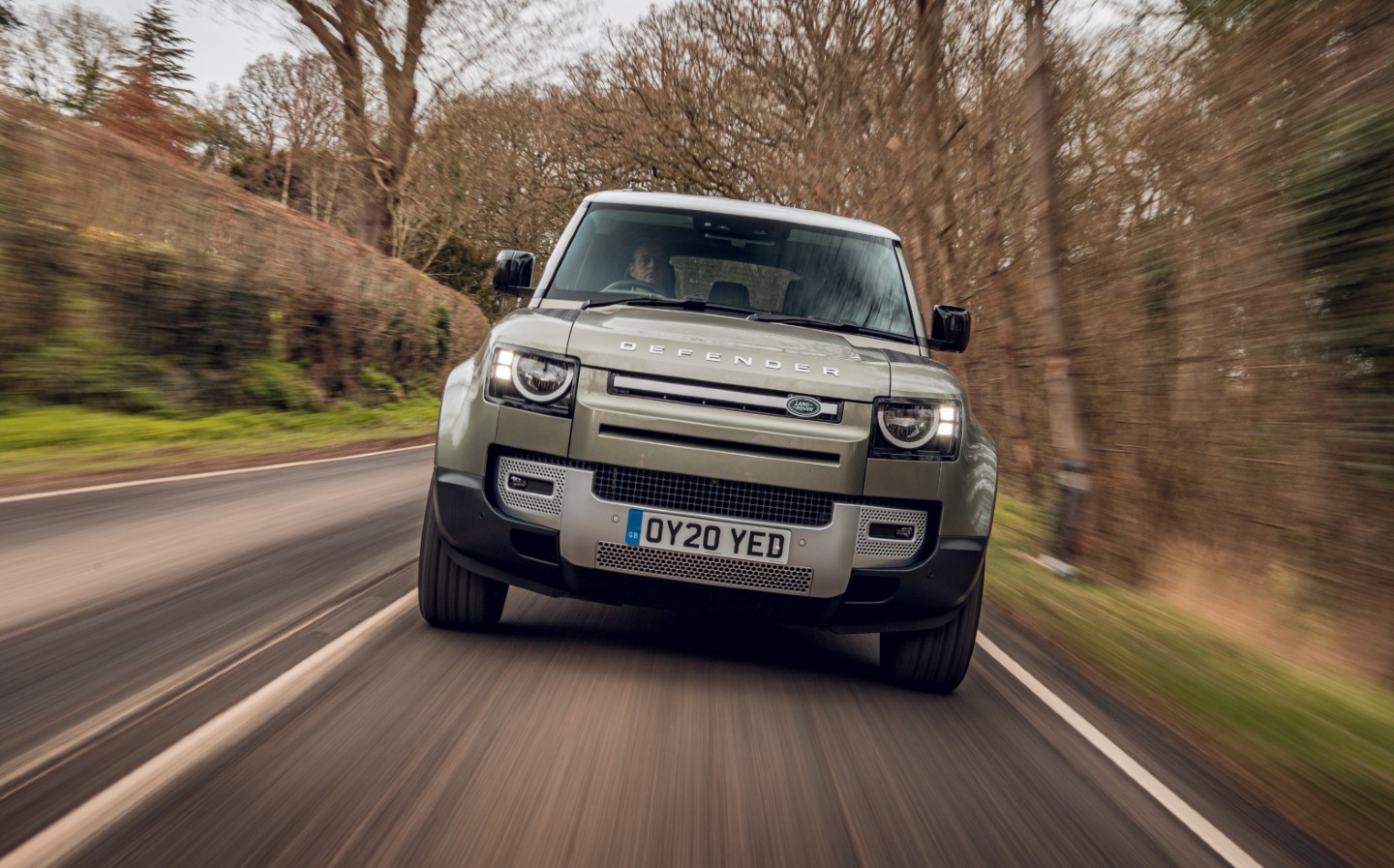 JEREMY Clarkson has found that the Land Rover Defender Hard Top is neither a proper van nor a substitute for his Range Rover.

In general, the gentleman farmer and columnist for The Sunday Times Magazine is a big fan of the Defender and has written before of its refinement and excellent off-road capability.

The idea of a commercial version of the Defender, called the Hard Top, really appealed to him as a vehicle for trundling around his farm in the Cotswolds. It failed, however, to live up to its promise.

First impressions were positive, as the Defender was delivered to Clarkson complete with decals bearing the name of his farm, Diddly Squat.

The steel wheels looked good too, according to Jeremy, giving it more of a tough off-roader look than a standard Defender on big, easily-damaged alloy wheels. This was, he said, “possibly the coolest van since Mr T hung up his A-Team membership badge.”

As a canny Yorkshireman, the potential tax breaks on a commercial vehicle were an attractive proposition, but that’s where the disappointment began.

Defenders are no longer cheap old workhorses and, according to Clarkson, even the £43,700 base price – exclusive of VAT – for a commercial Defender 110 soon gets pushed beyond the £80,000 mark with the addition of optional extras, which, he said, “for a van is a lot.”

Neither was he impressed by the Hard Top’s capabilities as a van. The sideways-opening rear door  was “a nuisance in tight spaces” with “a very small opening,” while the bulkhead, which stops cargo from intruding into the cabin, “robs a lot of space.”

The quality of the plastics in the rear drew particular criticism. The underfloor cubby holes are accessed by flaps that look like they’d “break in a week” while “flimsy” drop-down hooks look like they’d “shatter in a frost.”

Clarkson conceded that this might be fine if you’re in a less rough-and-tumble profession, but, graphically, added that if you need to get your sheep to the abattoir, you’re going to end up with “what looks like the aftermath of a high-speed Formula One crash.”

While some of his complaints are fair, other issues won’t matter so much to habitual van drivers. He found the blind-spots “horrendous” and wasn’t a fan of the three-abreast seating that buyers can opt for if they lift the centre armrest to create a middle seat.

He said: “You’re not going to get Gaz or Baz to sit in it for very long. And there’ll be a lot of man touching.”

When was the last time you saw a commercial off-roader with three fully-grown adults in the cab? As such, we suspect this may not be a huge issue for most buyers.

There have long been complaints from certain quarters that the new Defender is too complicated and expensive to fit the requirements of tradesmen and hill-farmers. The Hard Top, he concluded is an “afterthought car” that was meant to address that complaint, but which still doesn’t really fit the bill.

“I think if I had one,” Clarkson concluded, “I’d want to get rid of it as soon as possible and have my old Range Rover back.”

You can read Jeremy Clarkson’s full review of the Land Rover Defender Hard Top on the Sunday Times website.