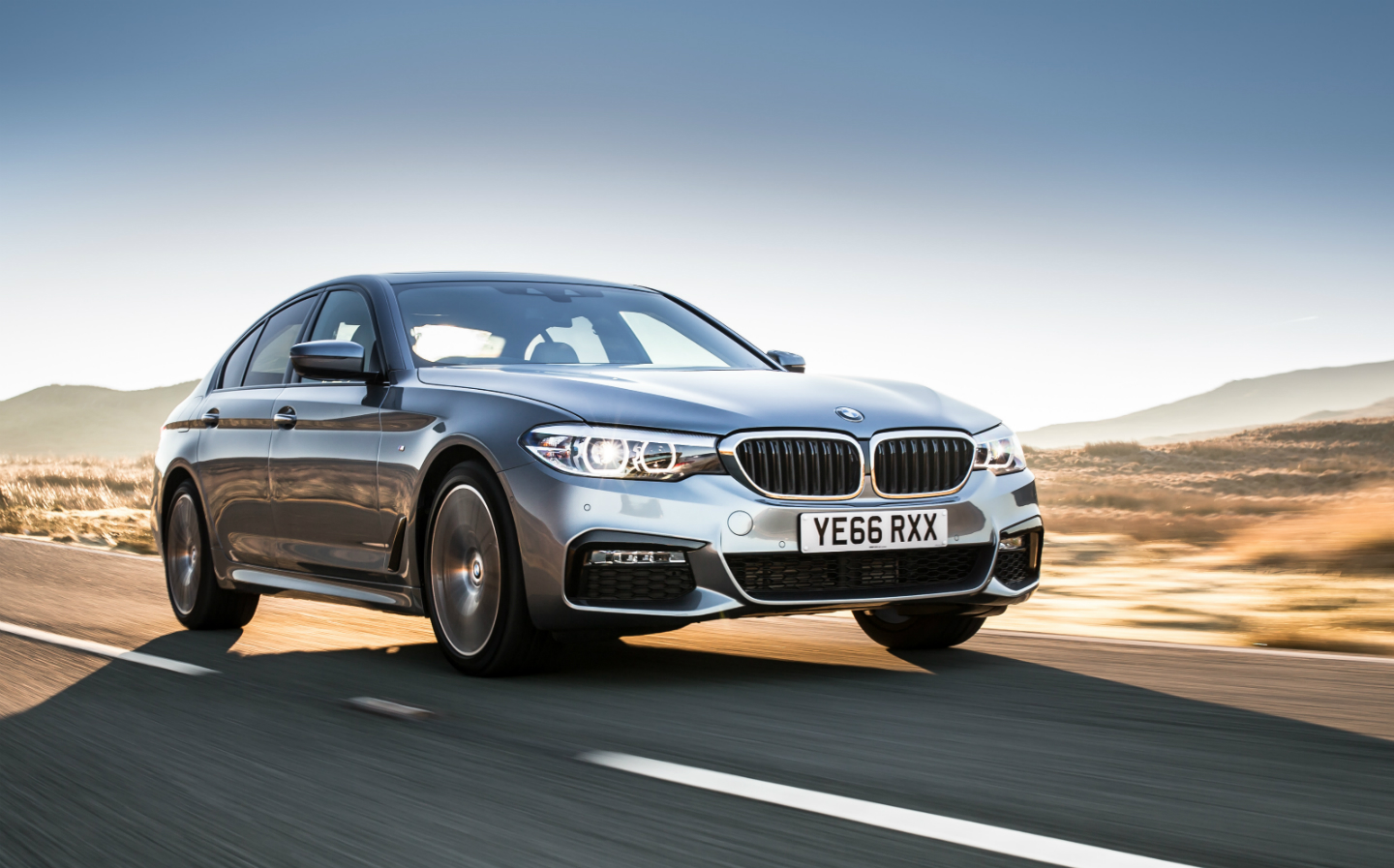 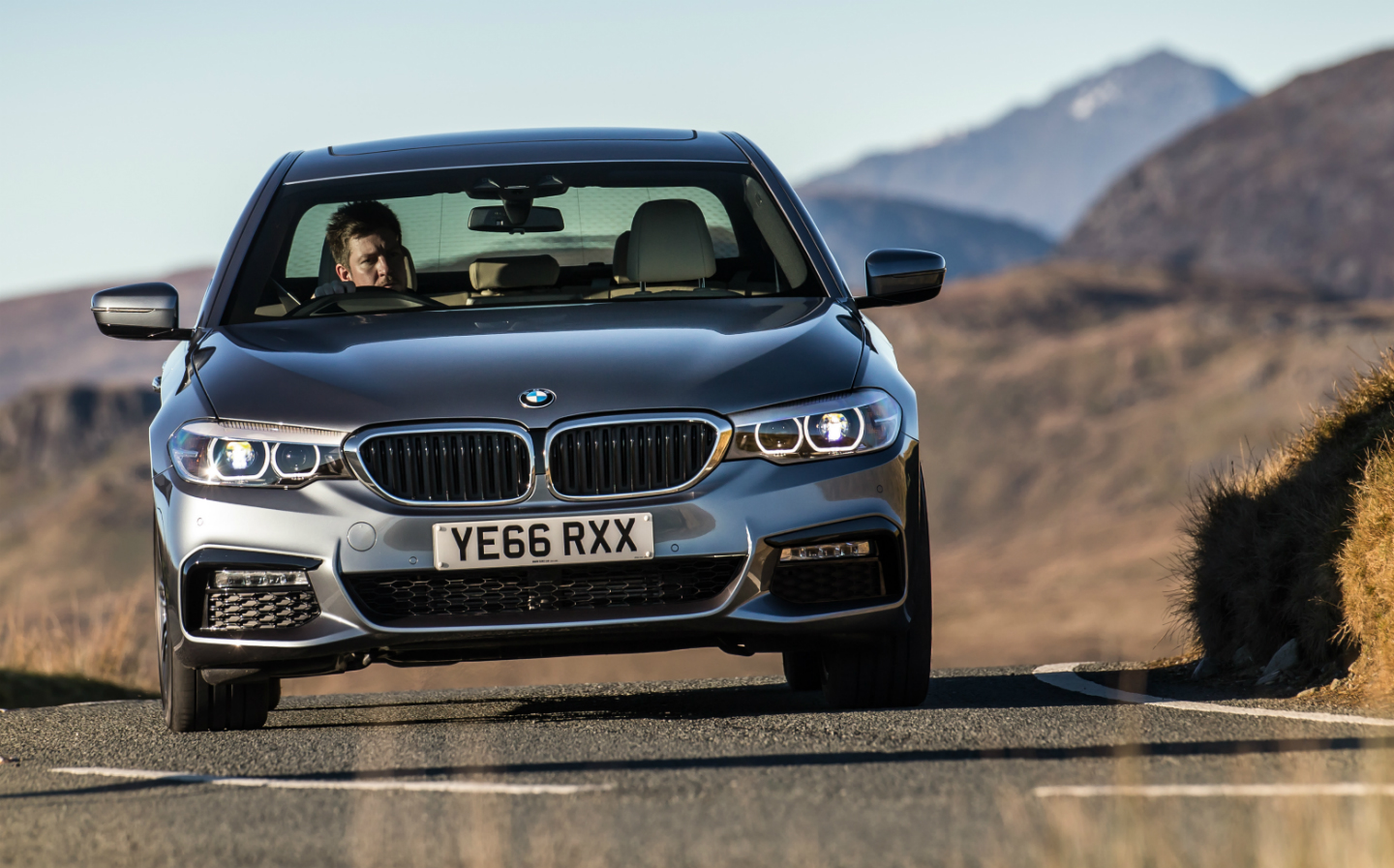 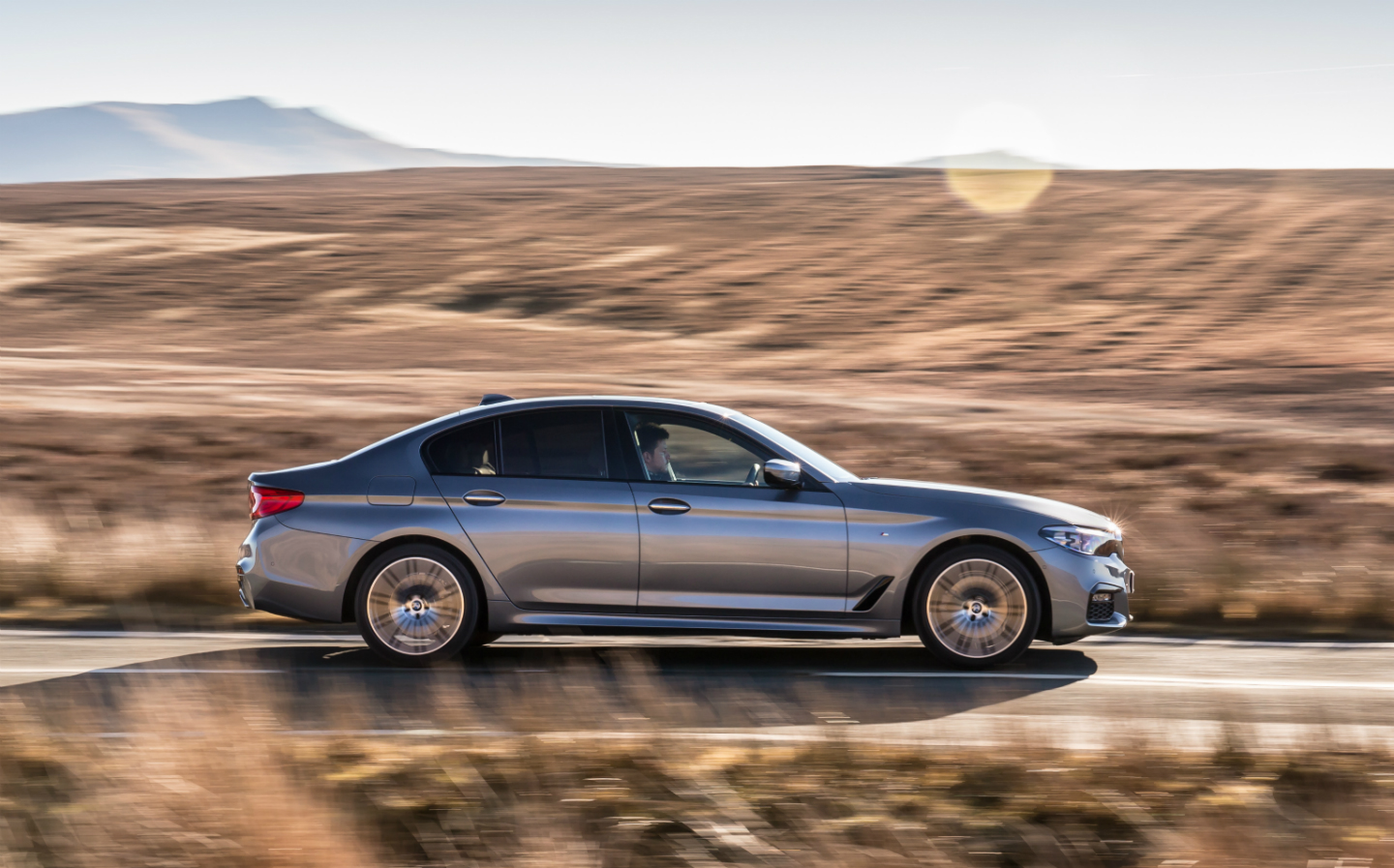 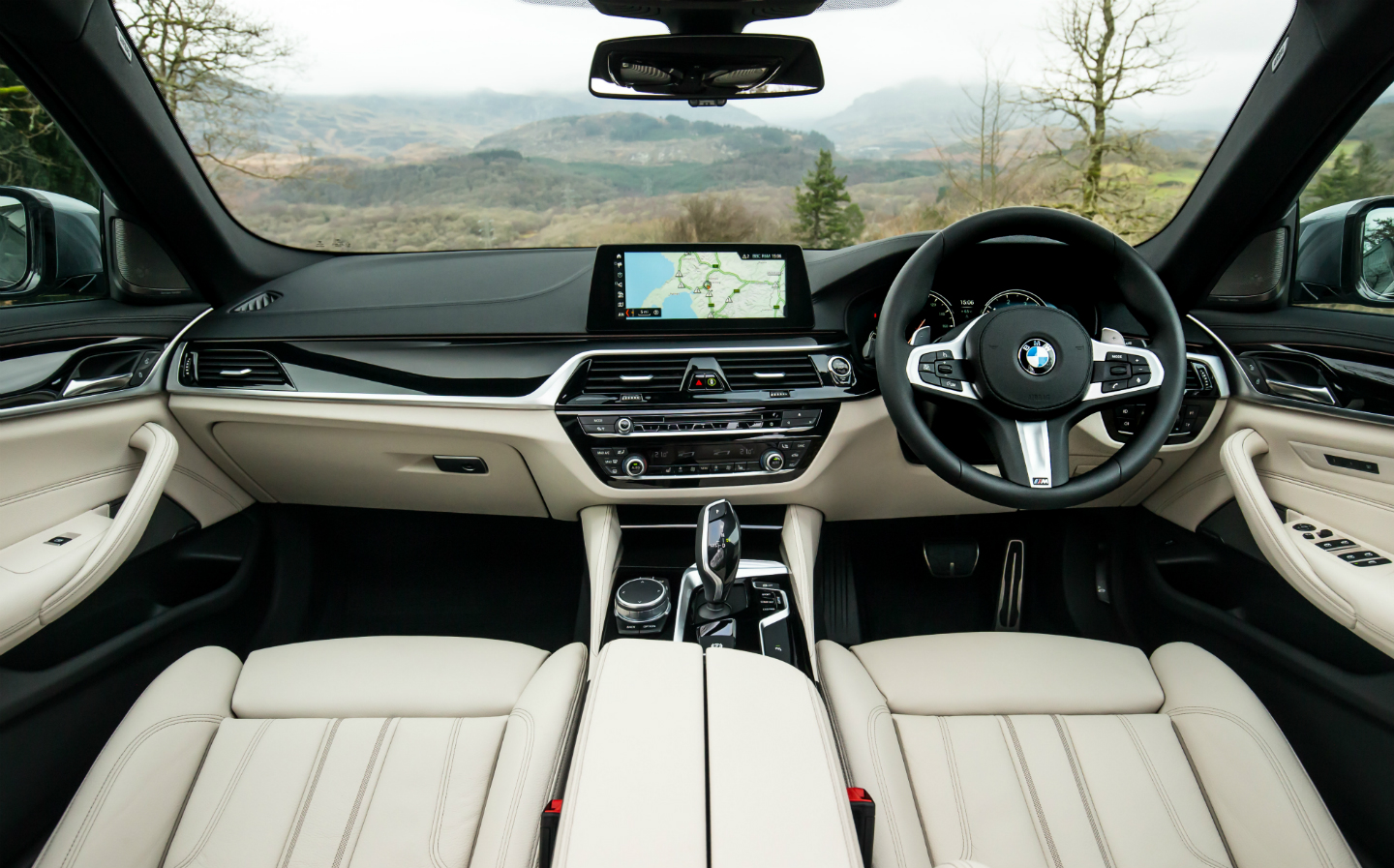 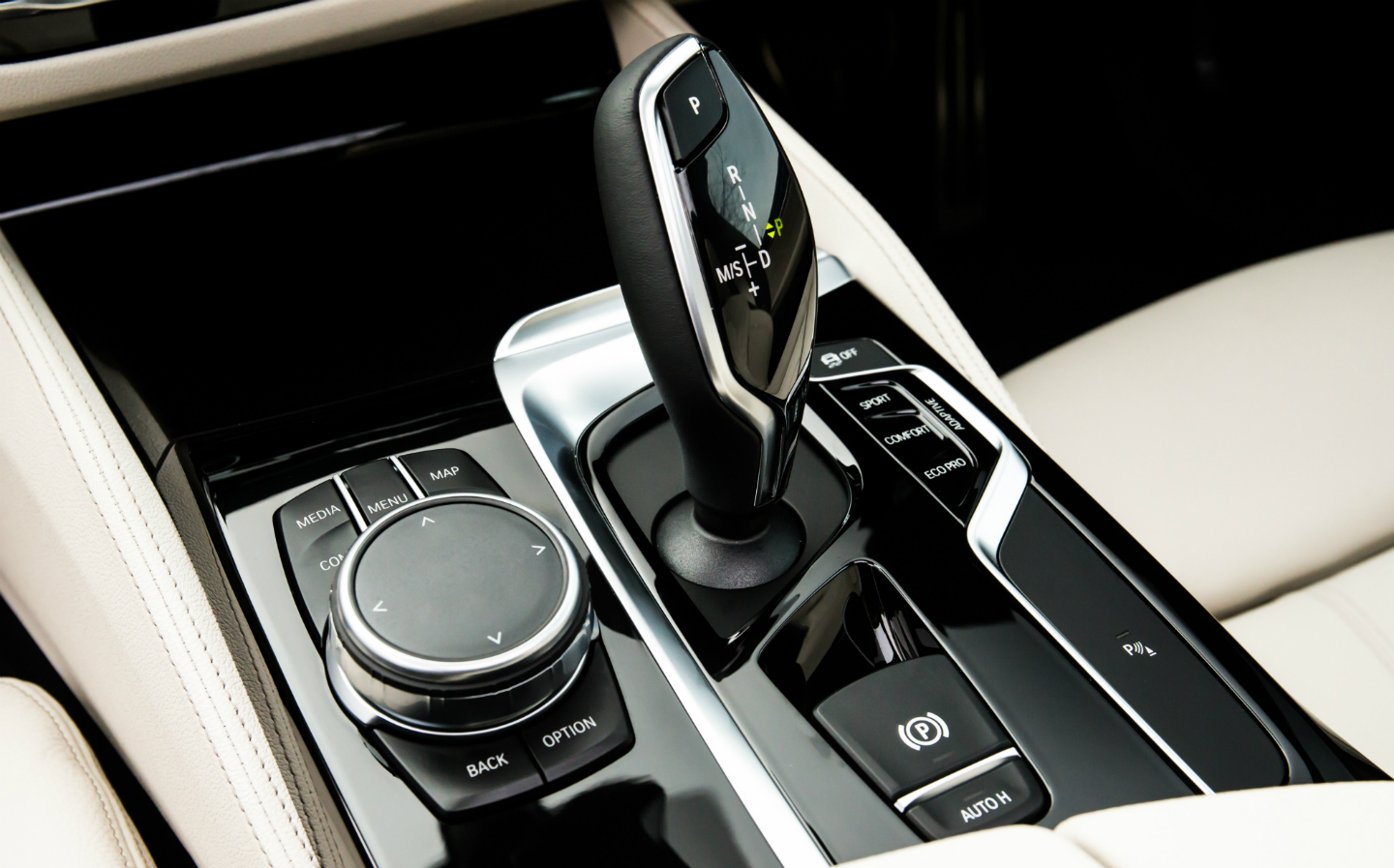 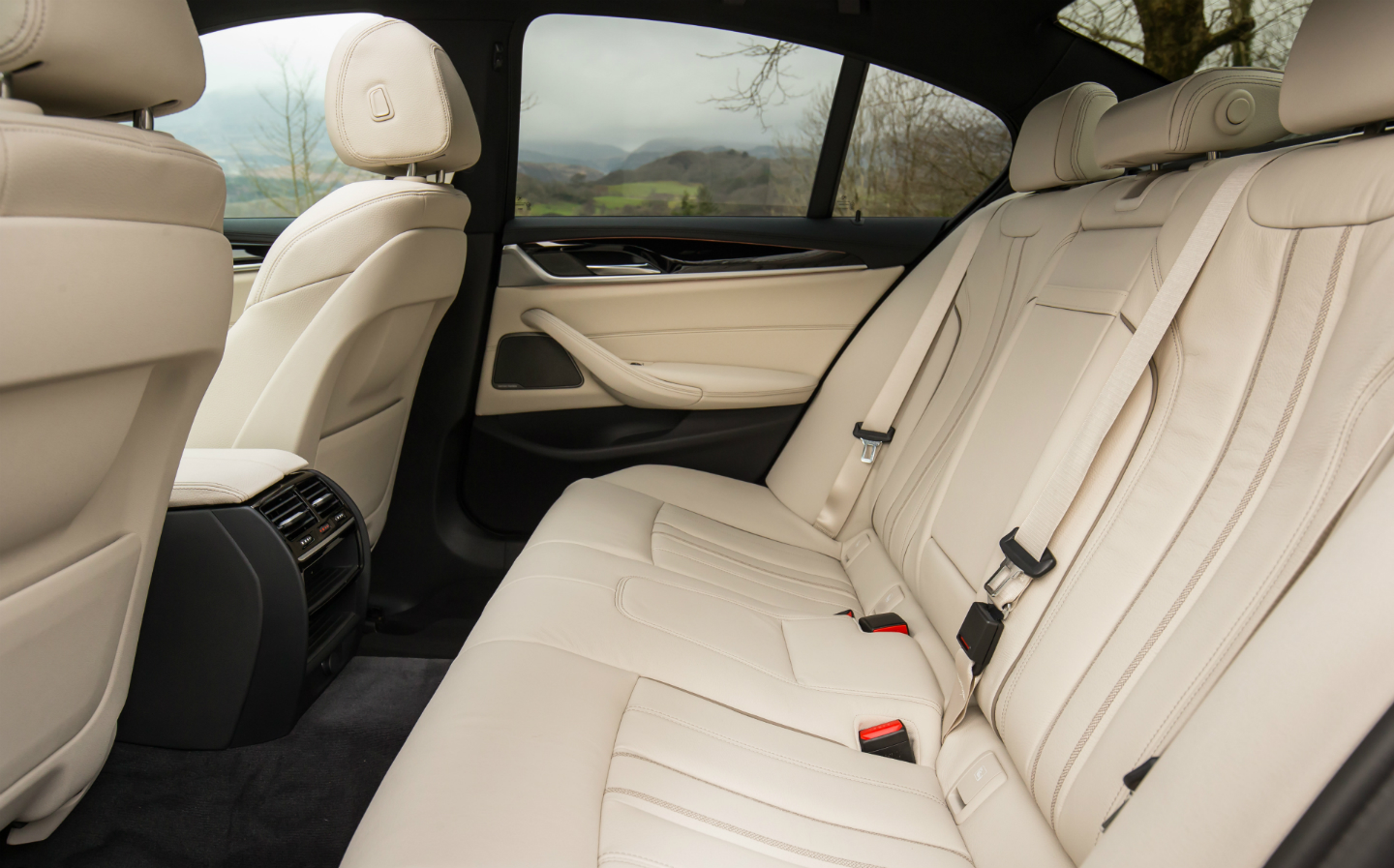 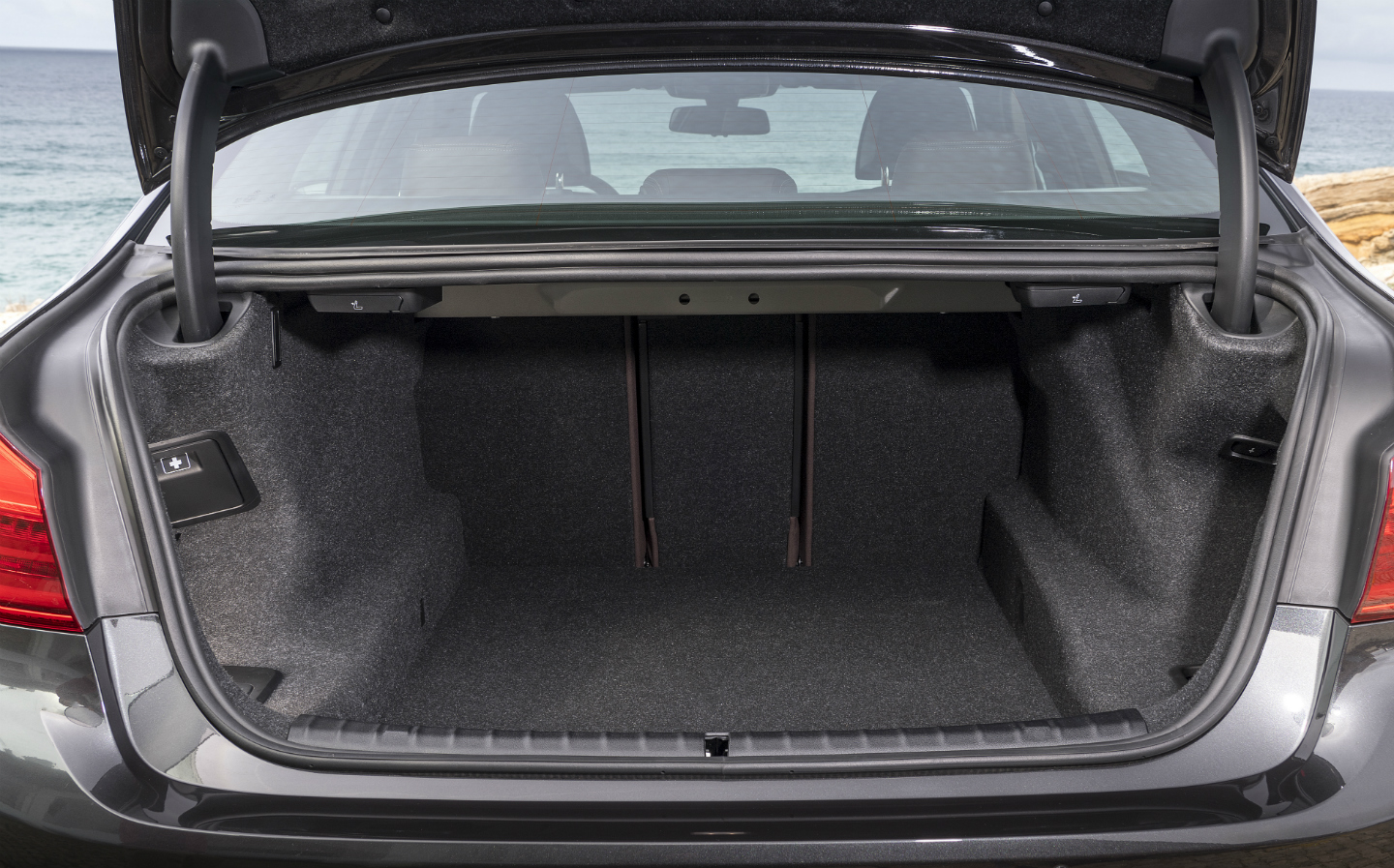 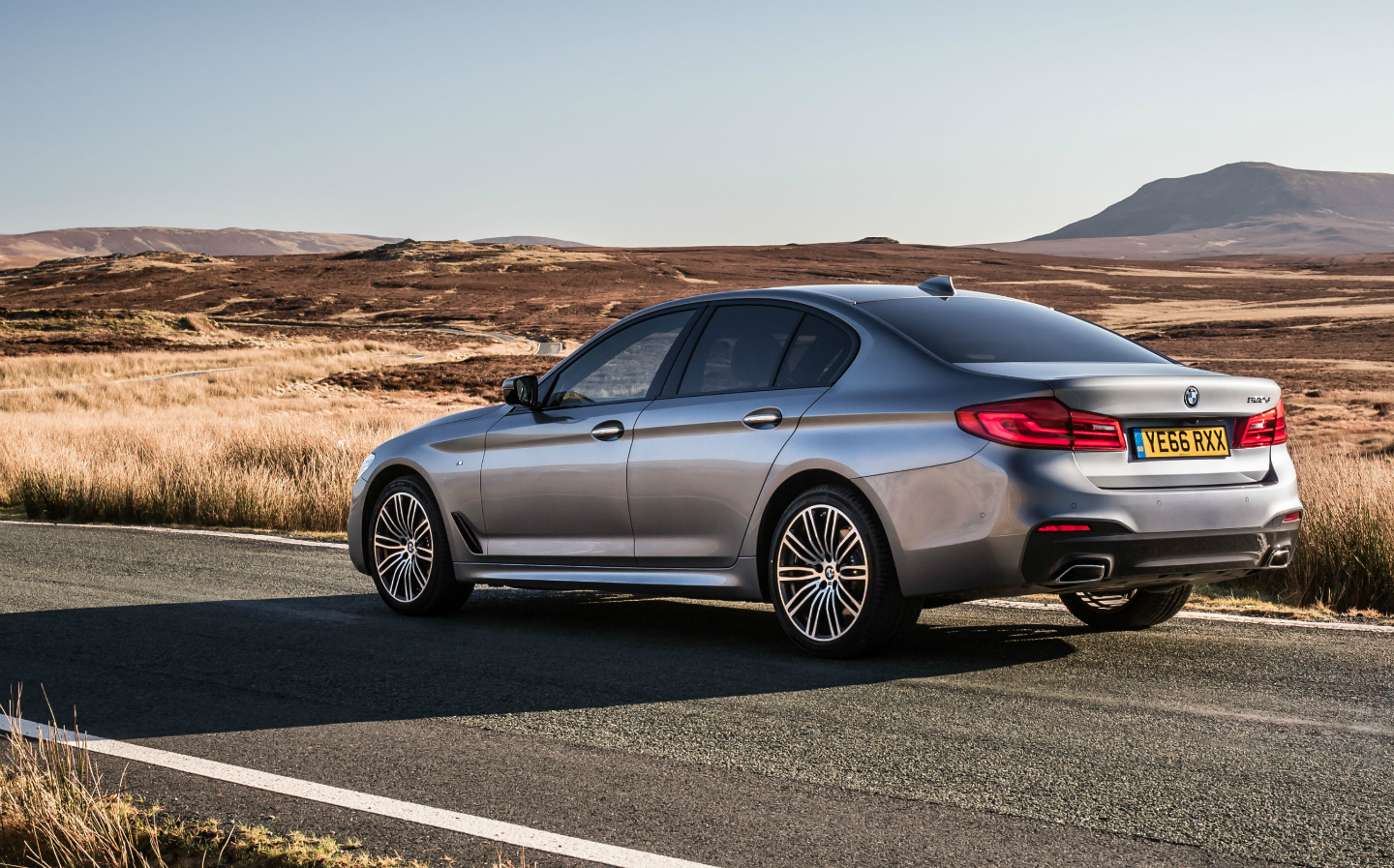 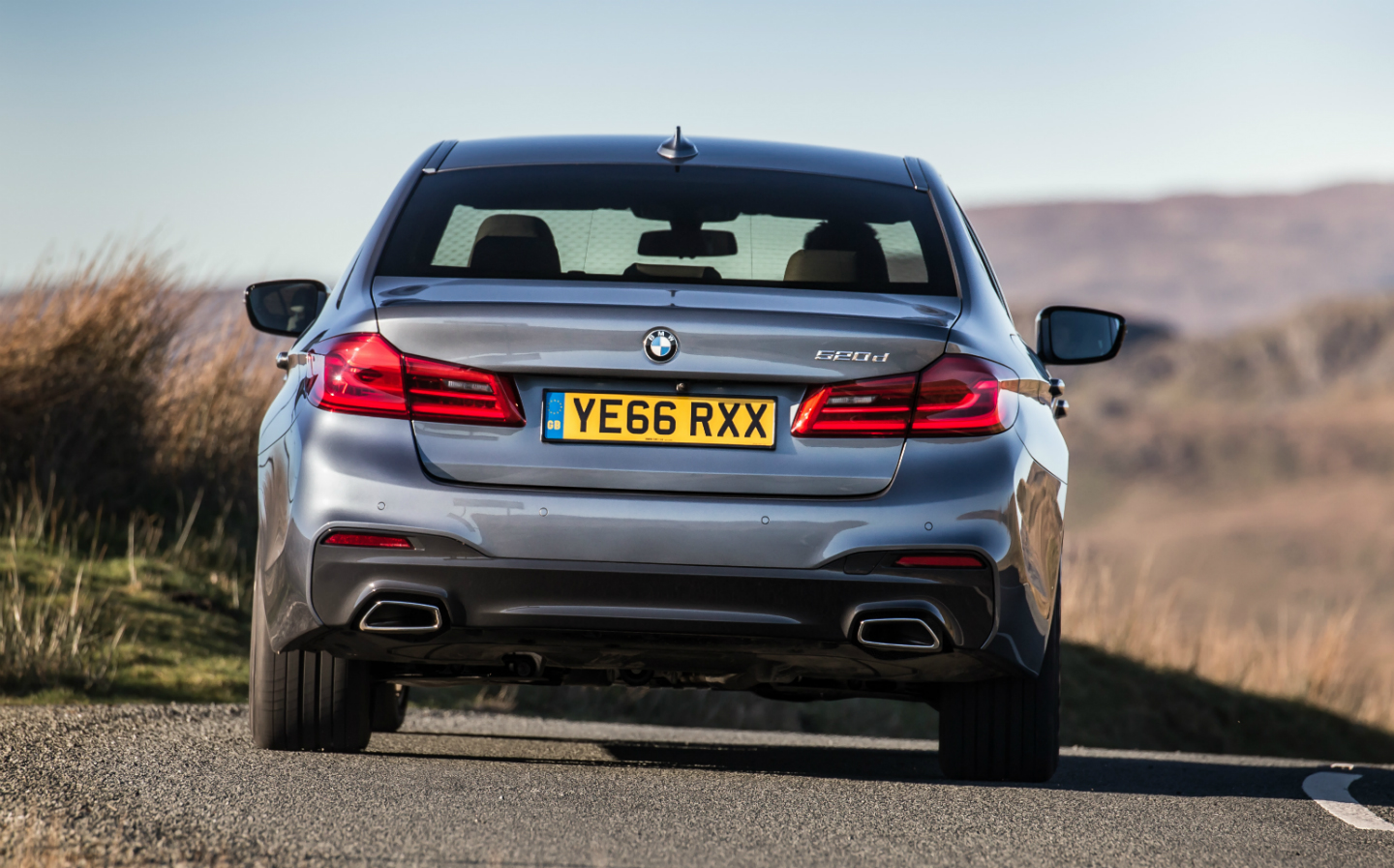 IF YOU could only pick one car to drive every day for the rest of your life, the BMW 5 series would have be at the top of the list, elbowing the Volkswagen Golf aside. It continually sets the benchmark that rival car makers find themselves breathlessly trying to keep pace with.

Each time the German engineers wheel out a new generation of 5, they take a step back, hand over the keys and give one another the briefest of knowing looks. They know they’ve done it again, and built one of the best cars on the road. But it would be vulgar and most unlike German engineers to boast of their achievements.

You won’t find them putting the boot in to the Audi A6, dissing the Jaguar XF, damning the Mercedes E-Class with faint praise, or scoffing at outside contenders like the new Volvo S90. Instead, they let the car do the talking.

And so it is with the seventh generation 5-series. No fanfare; no celebrity endorsements; and no Jaguar-style PR stunts with cars crossing the Thames on a high-wire. Just the car, and the key.

Except, it’s not a key. Not in the traditional sense of a piece of steel that slots into a lock barrel. It’s a smart-key, which means it’s a clunky version of a pocket-size tablet that can be used to open and close the doors from, say, your office desk, check the fuel level and remaining driving range, sound the horn in a crowded car park or switch on the climate control.

The 5-series, like many new cars, suffers from the modern malaise of technology for technology’s sake

Drivers could spend a frightening sum of money on extras for this latest 5-series. But given most will be company cars, you’d have a seriously unhappy fleet manager if you got carried away adding a Bowers & Wilkins audio unit, head-up display, climate control with four zones, driving mode configurator, adaptive suspension dampers or a ‘stop and go’ cruise control system. That little lot alone would bump up the price by £9,640.

And, frankly, some of the options on the latest 5-series are a waste of time. Like the aforementioned smart key (BMW calls it a Display Key, and it costs £195), which — like the majority of apps on your smartphone — is a gimmick you’ll use once then never again. Or gesture control, a £160 option that’s meant to let drivers or the front seat passenger twiddle their fingers to control things like the audio system. It only had a one-in-five success rate when we tried it – unlike the traditional steering wheel-mounted buttons, which work first time, every time, and let you keep your eyes on the road and hands on the wheel.

BMW offers bundle packs on the 5-series, such as the Technology Package, which are better value for money, but the truth is the 5-series, like many new cars, suffers from the modern malaise of technology for technology’s sake. 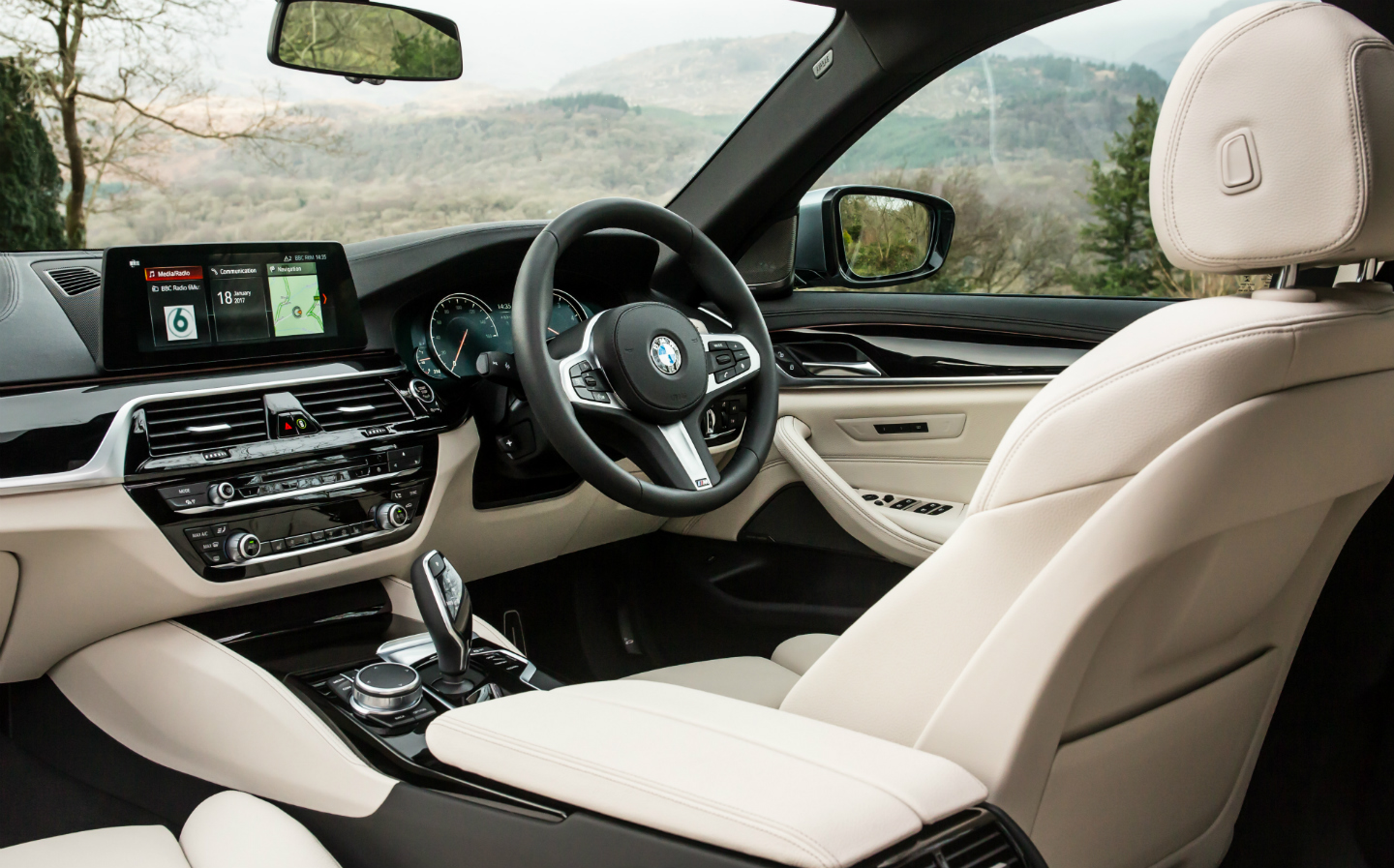 The interior of the seventh-generation 5-series is spacious, accommodating and the boot of the saloon is surprisingly long, with 530-litres of luggage space. BMW also appears to have worked hard at matching Audi and Mercedes for the tactile quality in the cabin.

The digital instruments change according to the driving mode, and there’s a wealth of interesting information to take in when using the Eco Pro setting, while a 10.5 inch touchscreen system dominates the dashboard.

The M Sport package on the 520d brings 18 inch alloy wheels, a smattering of M badging, a bodykit with gloss-black window trim and sporty steering wheel and pedals, amongst others. There’s also suspension that’s been lowered by 10mm and features different tuning to SE variants.

The finished effect attracted positive comments in the school car park, especially in its black paintwork. Mrs Mills thought it was an M3. This caused some consternation, as she wondered whether she’d become a victim of car-jacking.

Hidden beneath all this is a new aluminium chassis (which saves up to 100kg compared with the last car) and the familiar range of four-cylinder and six-cylinder petrol and diesel engines, as well as a plug-in electric-petrol hybrid version in the 530e. Four-wheel-drive is available on the majority of models.

The backbone of the range, though, is the 520d. It delivers 187bhp, and 295Ib ft at 1750rpm, and the company says there’s the potential to achieve 65mpg, while CO2 emissions are rated at 114g/km. However, you won’t get anywhere near that sort of fuel economy. Despite testing it on a mixture of main roads, cross-country routes and in town, the best we achieved was 41mpg.

If you can muster enough performance to make the chassis work hard for a living, you’ll discover a machine that is poised and precise

That’s disappointing, given that its Eco Pro driving mode is so determined to save fuel that there are times that it prevents the eight-speed automatic gearbox shifting down a gear when you want to accelerate past a “Mamil” (Middle Aged Man In Lycra) before the next bend.

And generally, performance is docile. BMW says it will accelerate from 0-62mph in 7.5 seconds, but it never feels that swift, plodding along with just a faint thrum from the engine and smoothly executed gearshifts.

However, the level of comfort in this car is outstanding. Everything from the seats to the suspension to the steering feels like it was designed to soothe away the strains of a stressful day. If you wanted a car to drive from one side of Europe to the other, or just up and down the M1, this is your motor.

And if you can muster enough performance to make the chassis work hard for a living, you’ll discover a machine that is poised and precise. But if it’s a spirited drive you’re looking for, consider a 530d or 530i instead. The hot M5 will go on sale early next year. For more boot space, the Touring models are available now and the Gran Turismo, or GT, will reach showrooms this winter.

Since the 5-series was launched in 1972, more than 7.5m have been sold, and sales are actually accelerating. It’s easy to see why. It has always been the best car in its class, and judged on the latest generation model, that’s not about to change anytime soon.