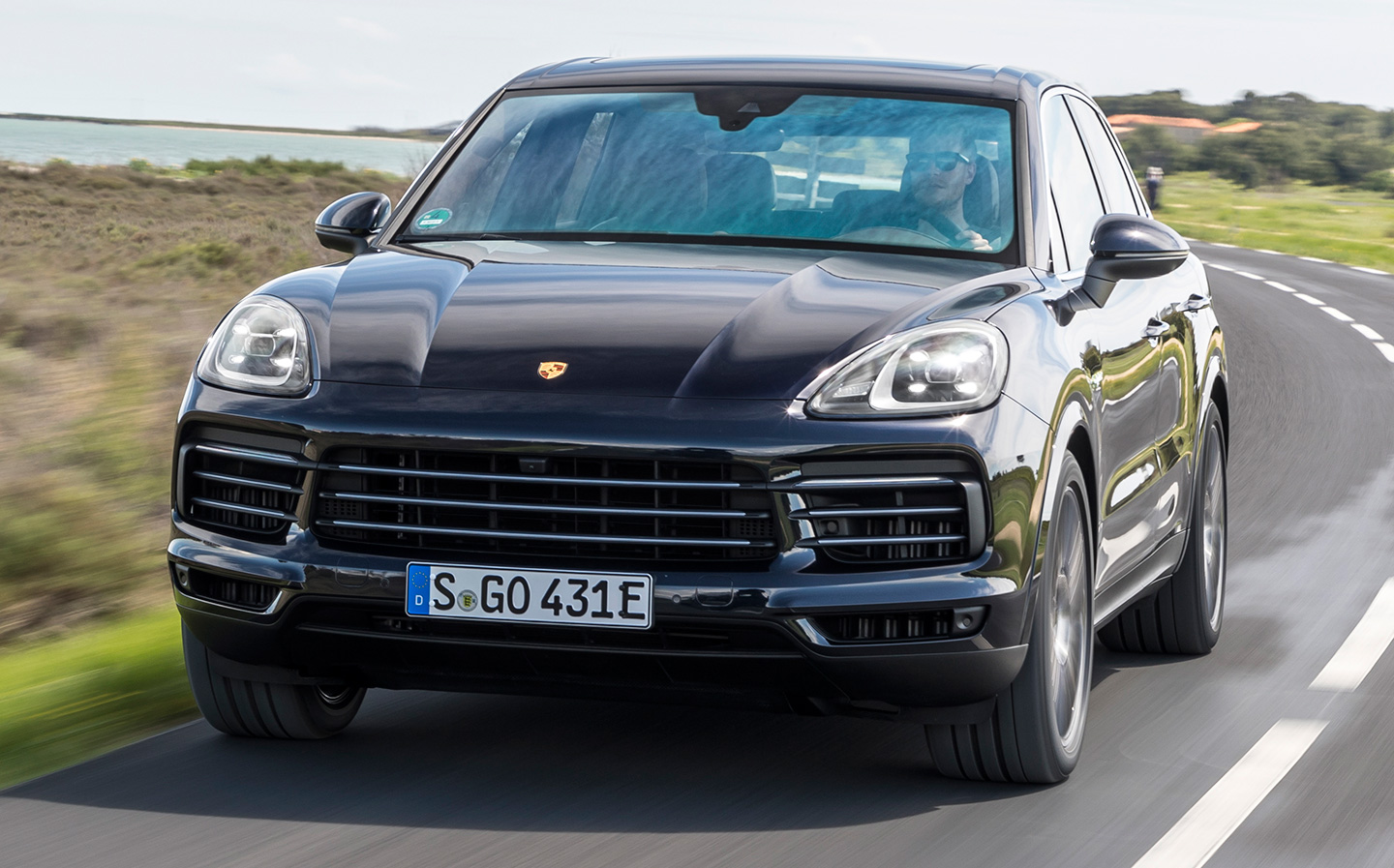 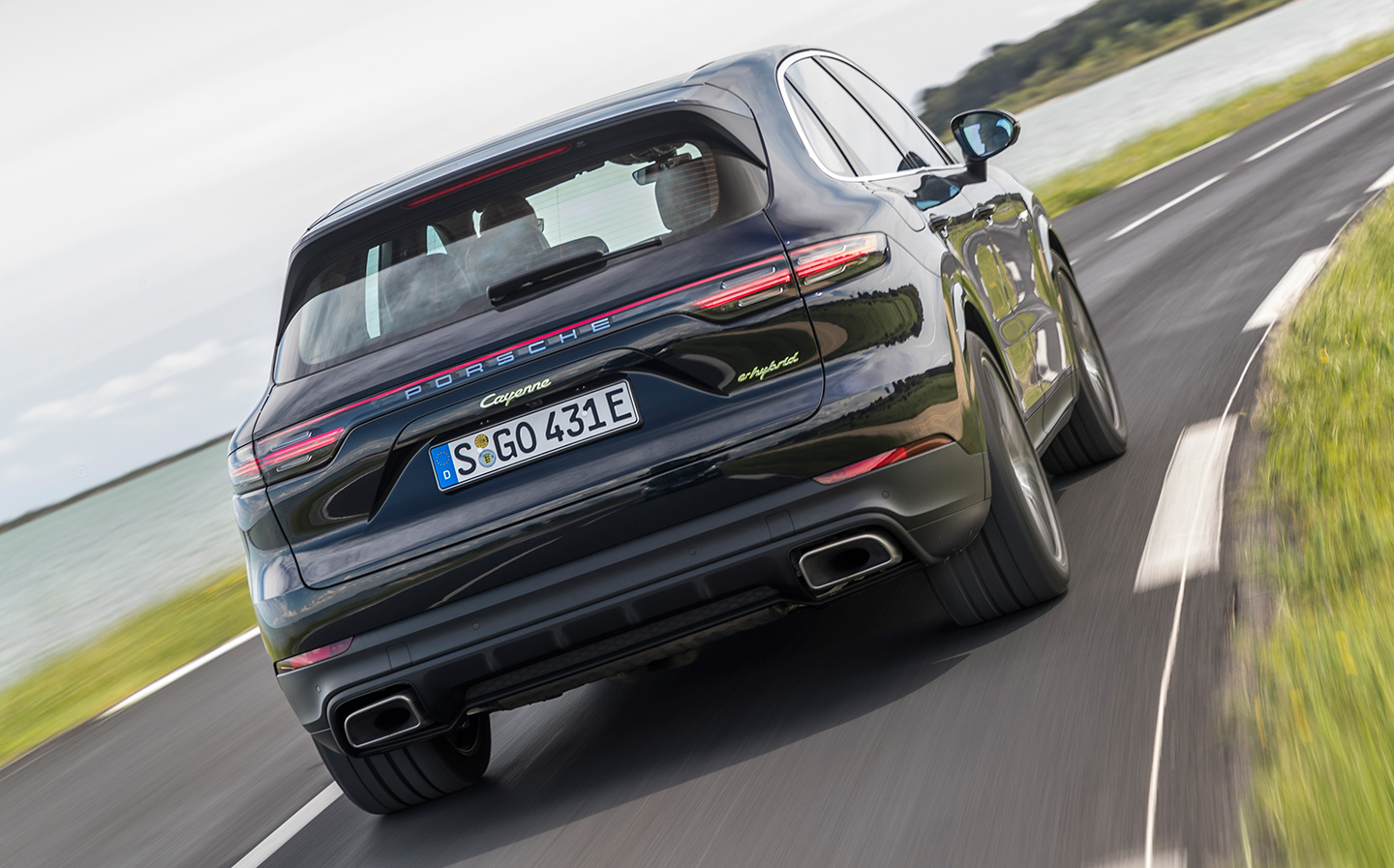 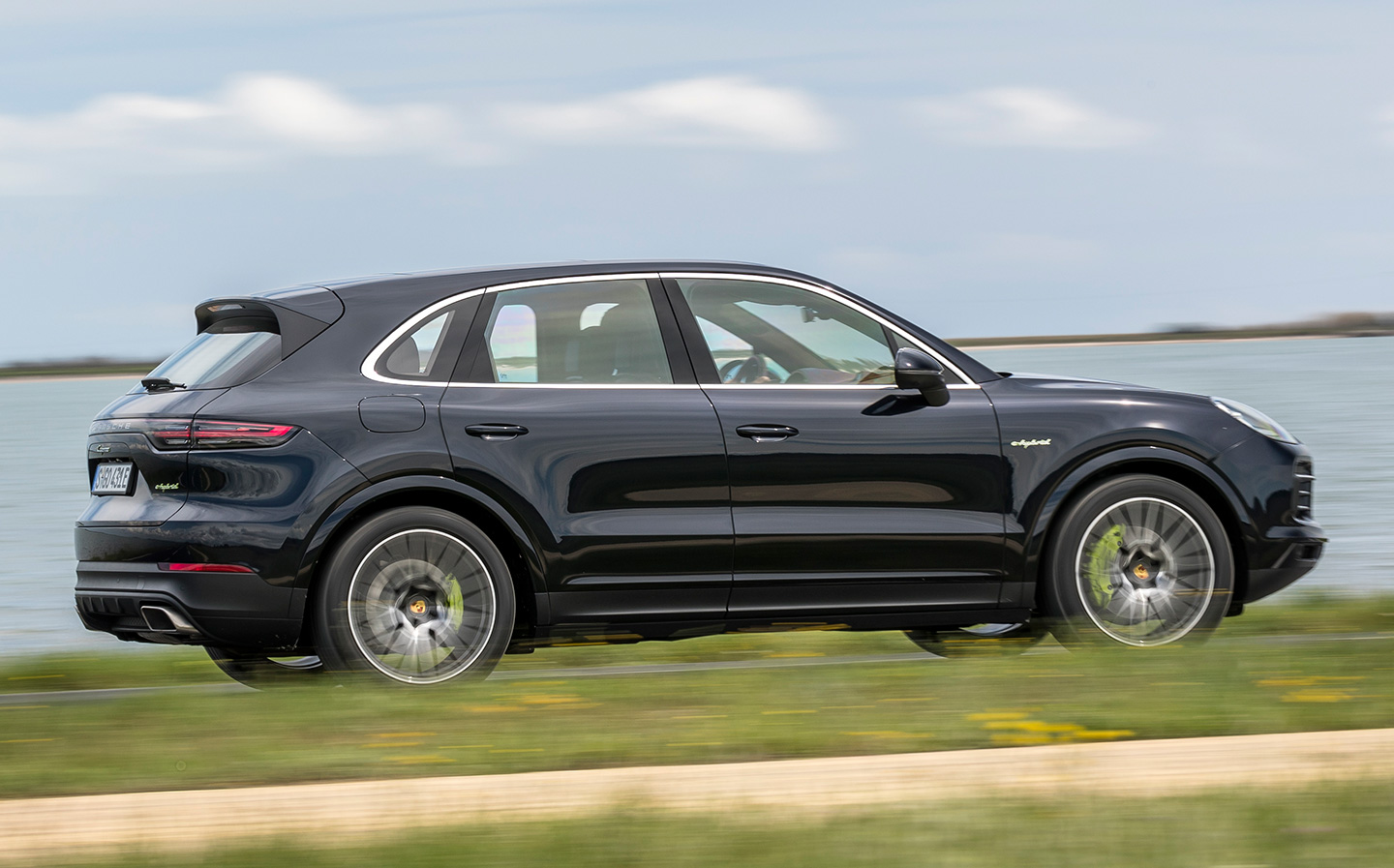 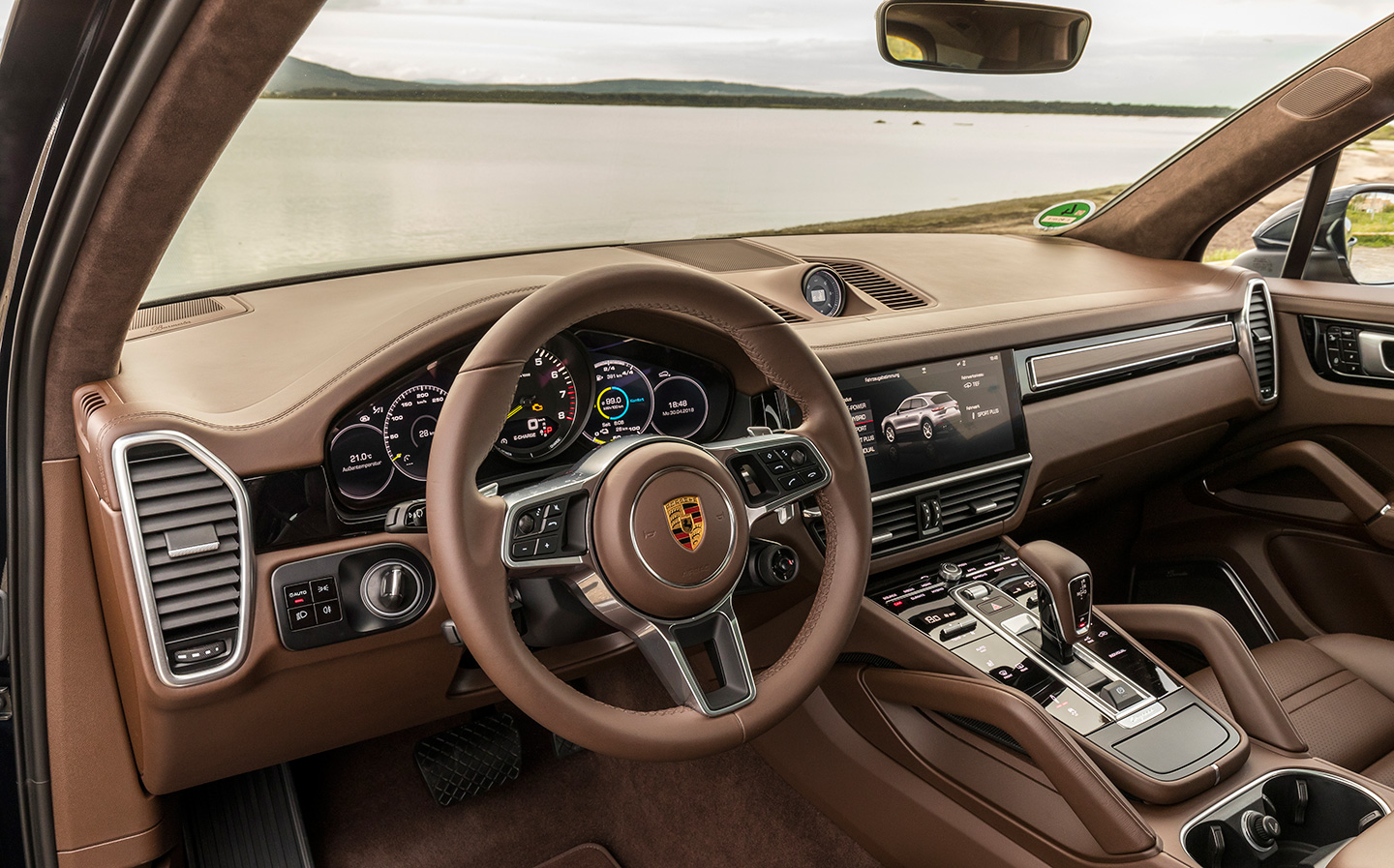 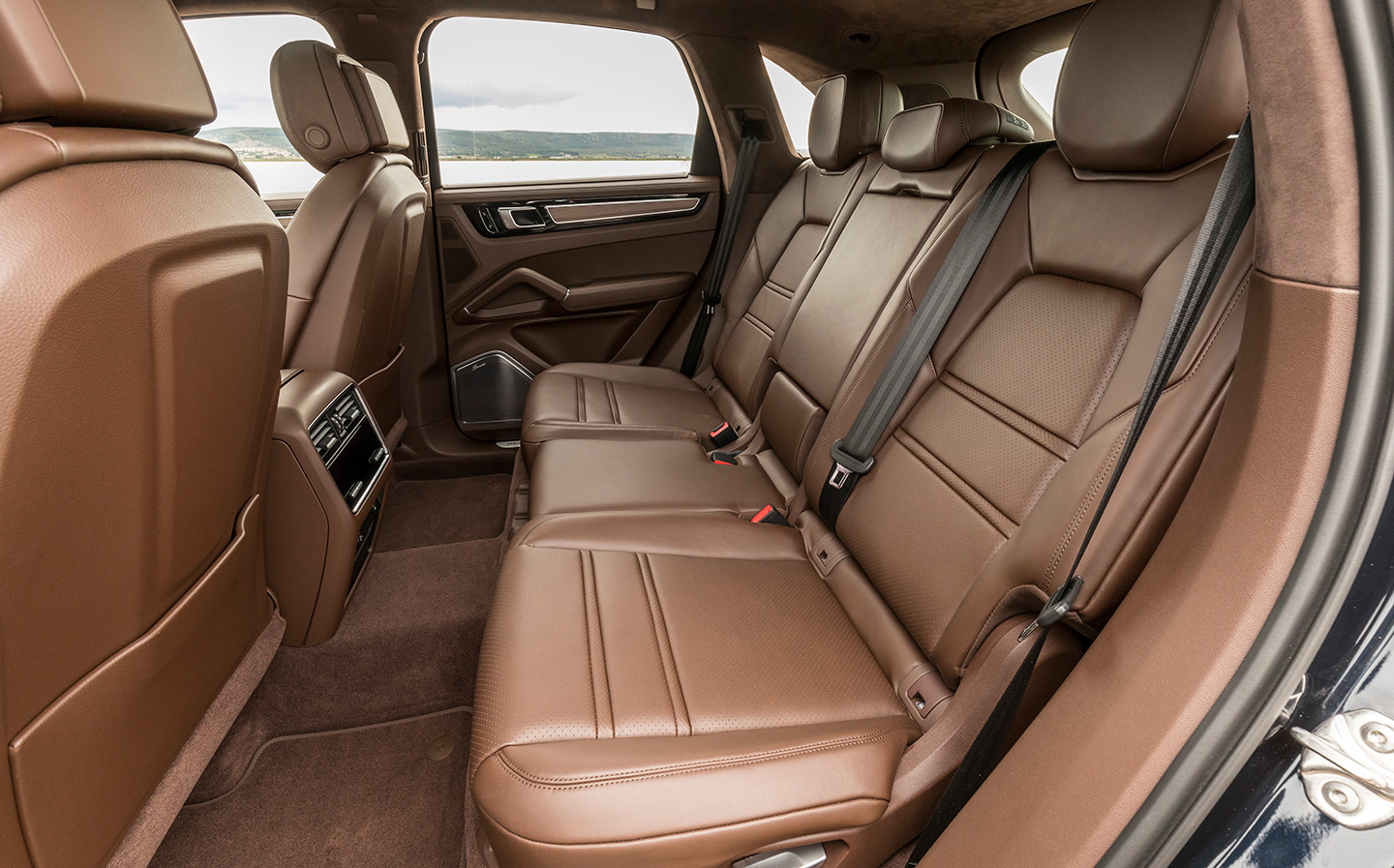 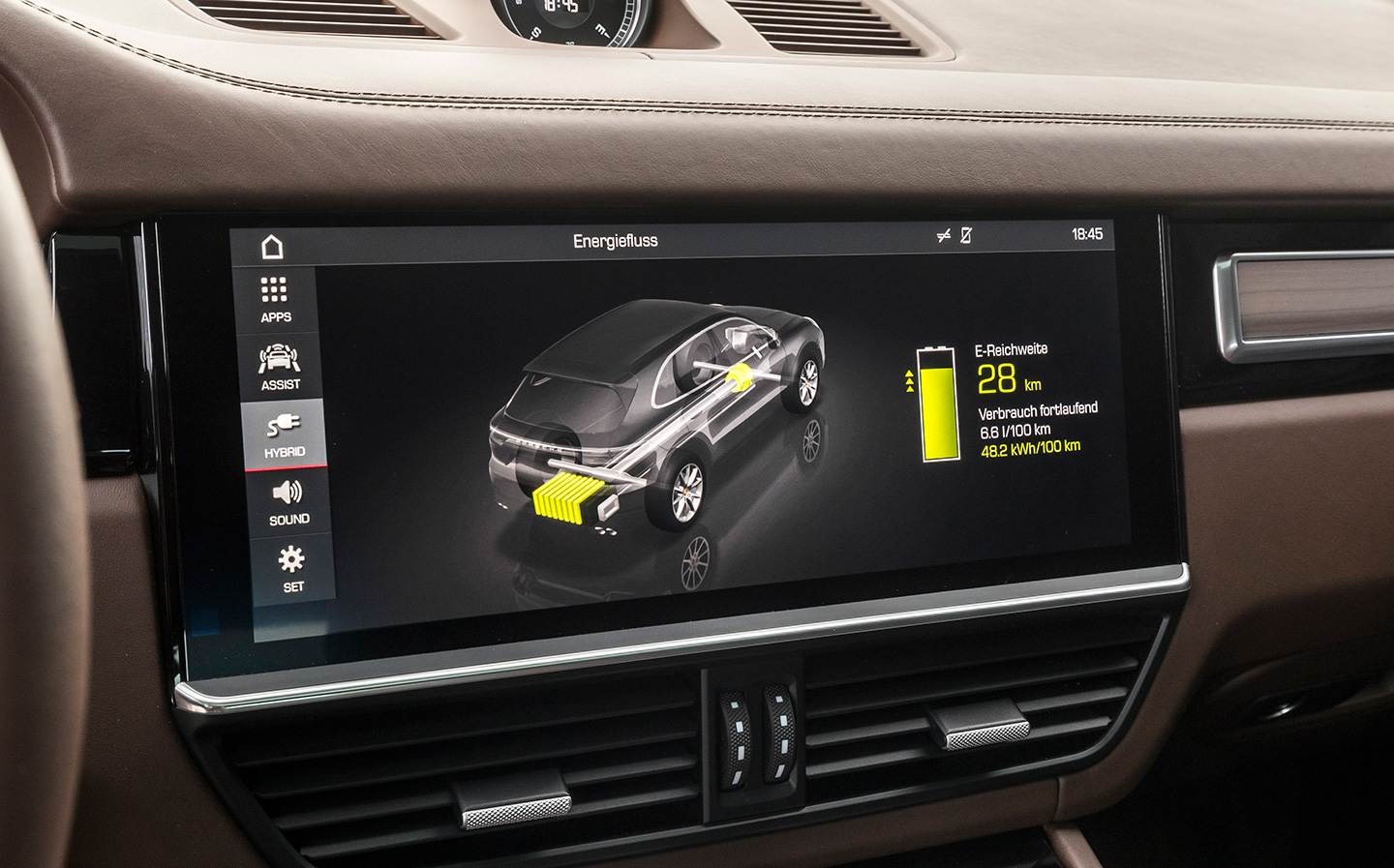 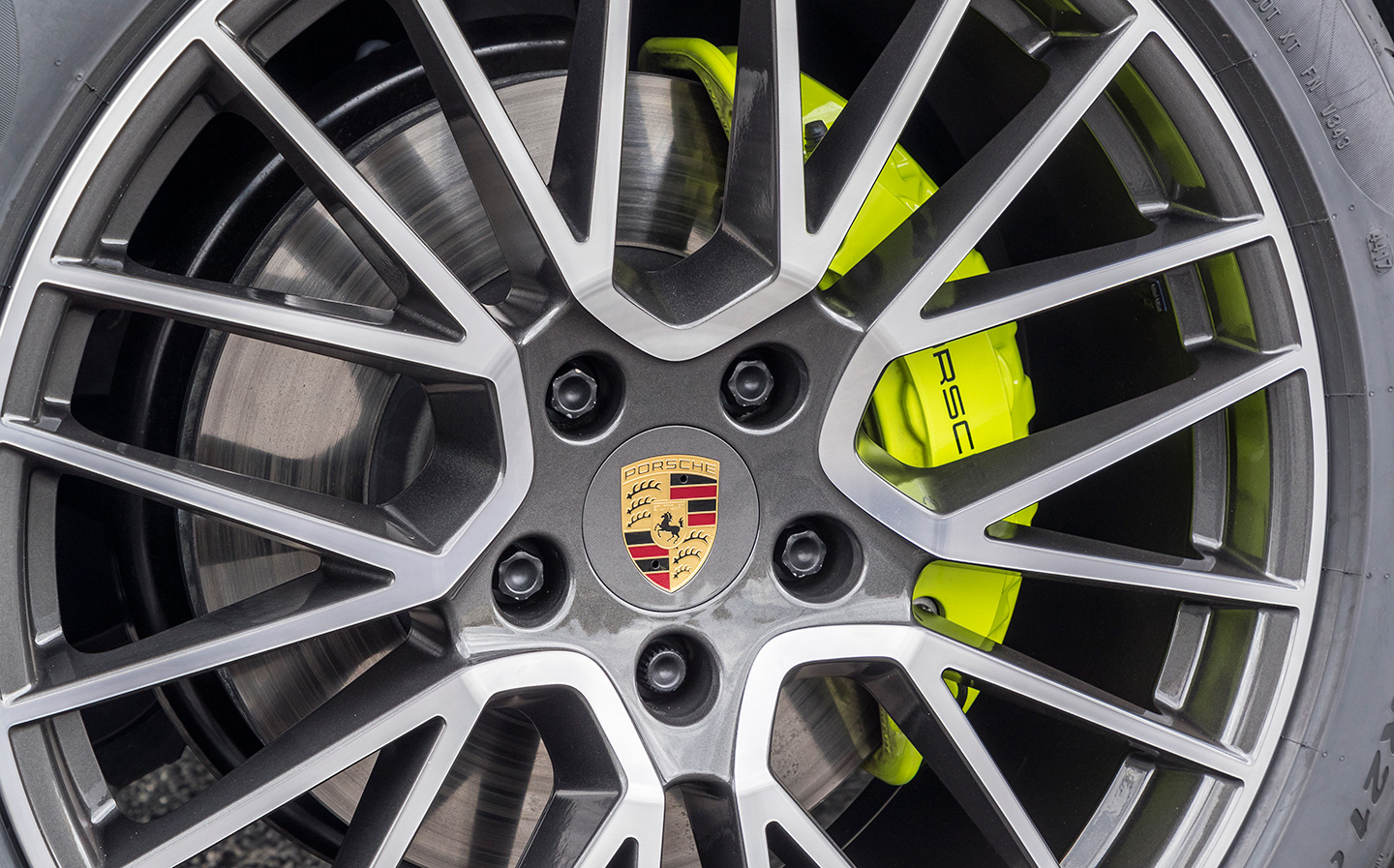 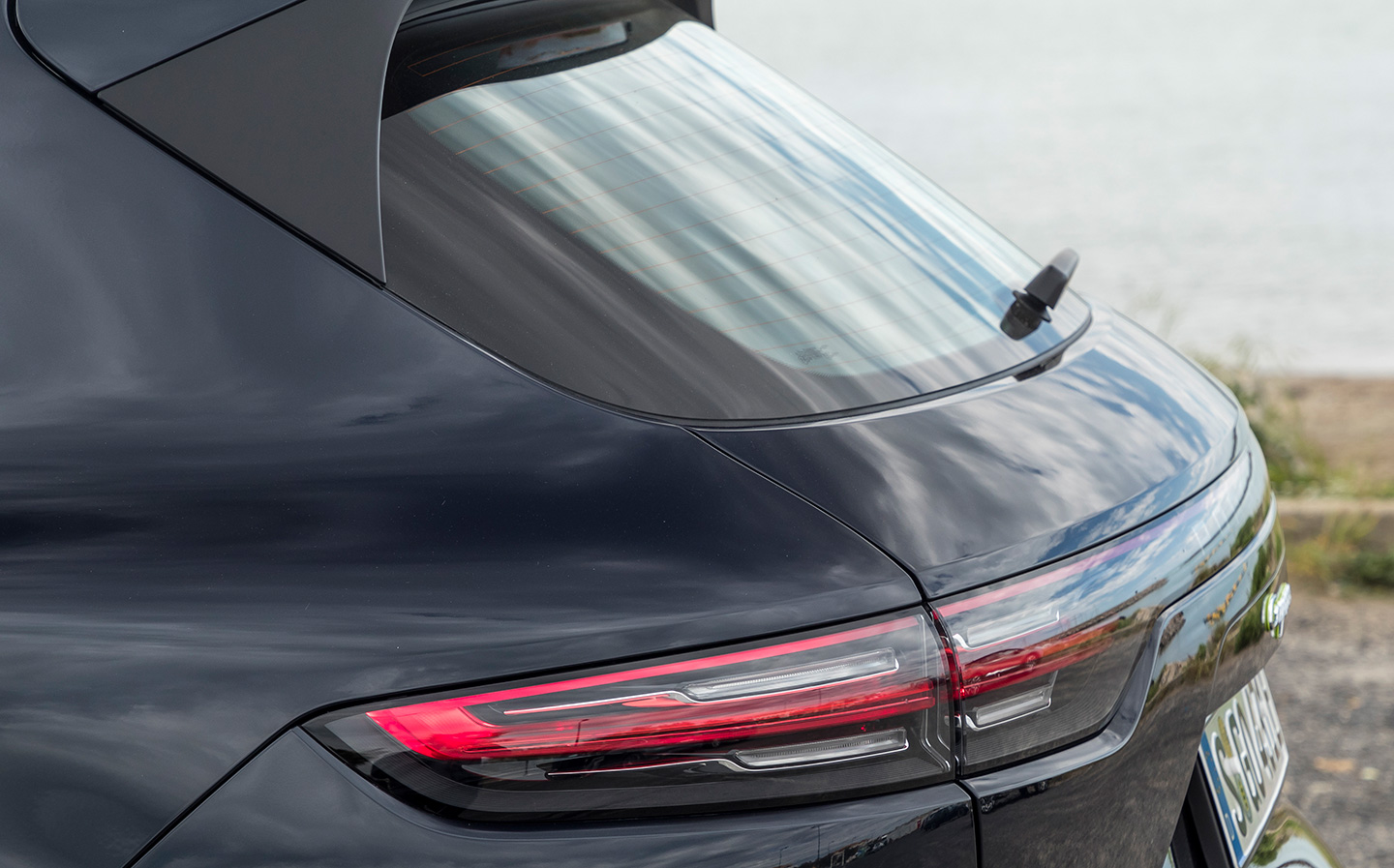 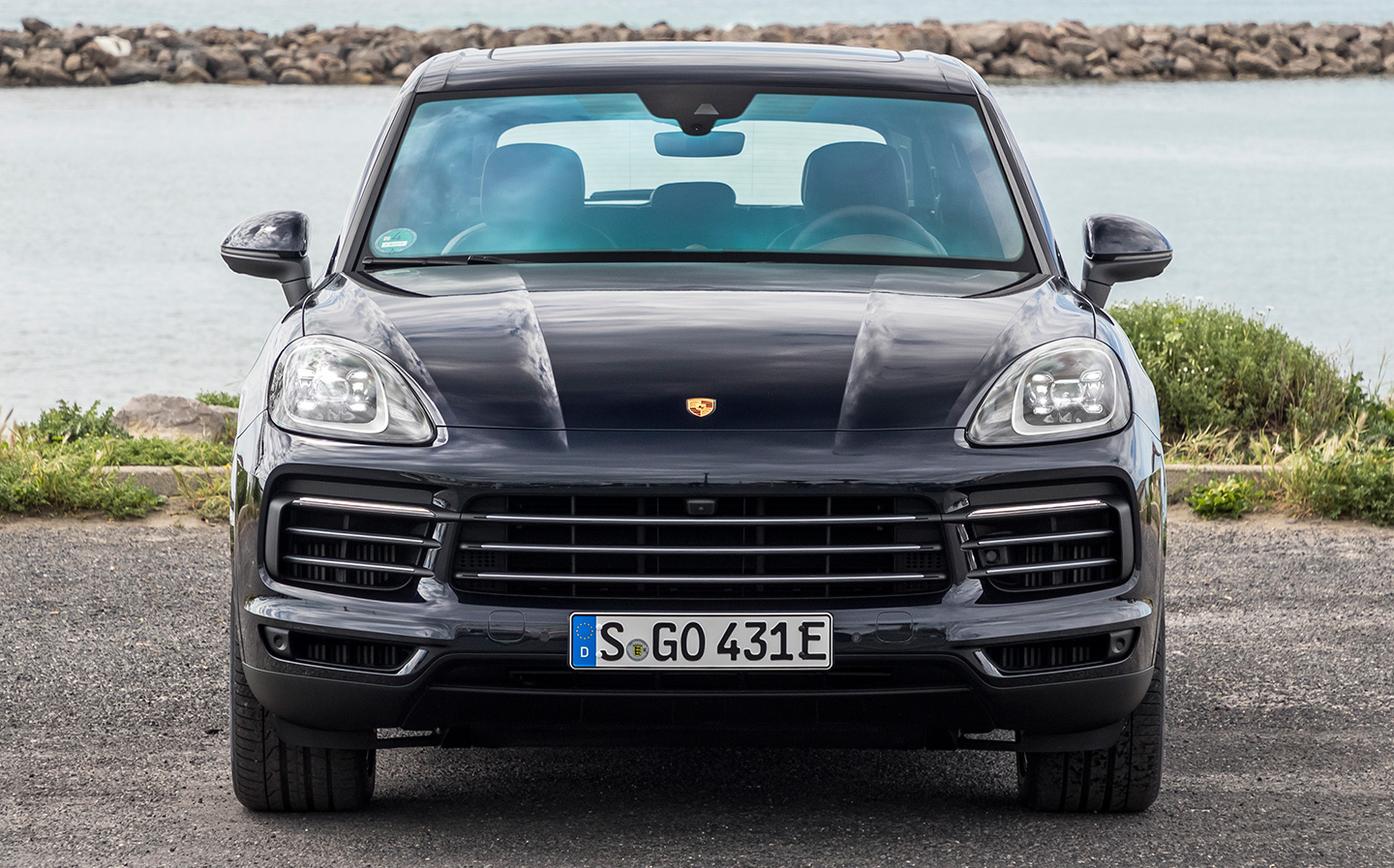 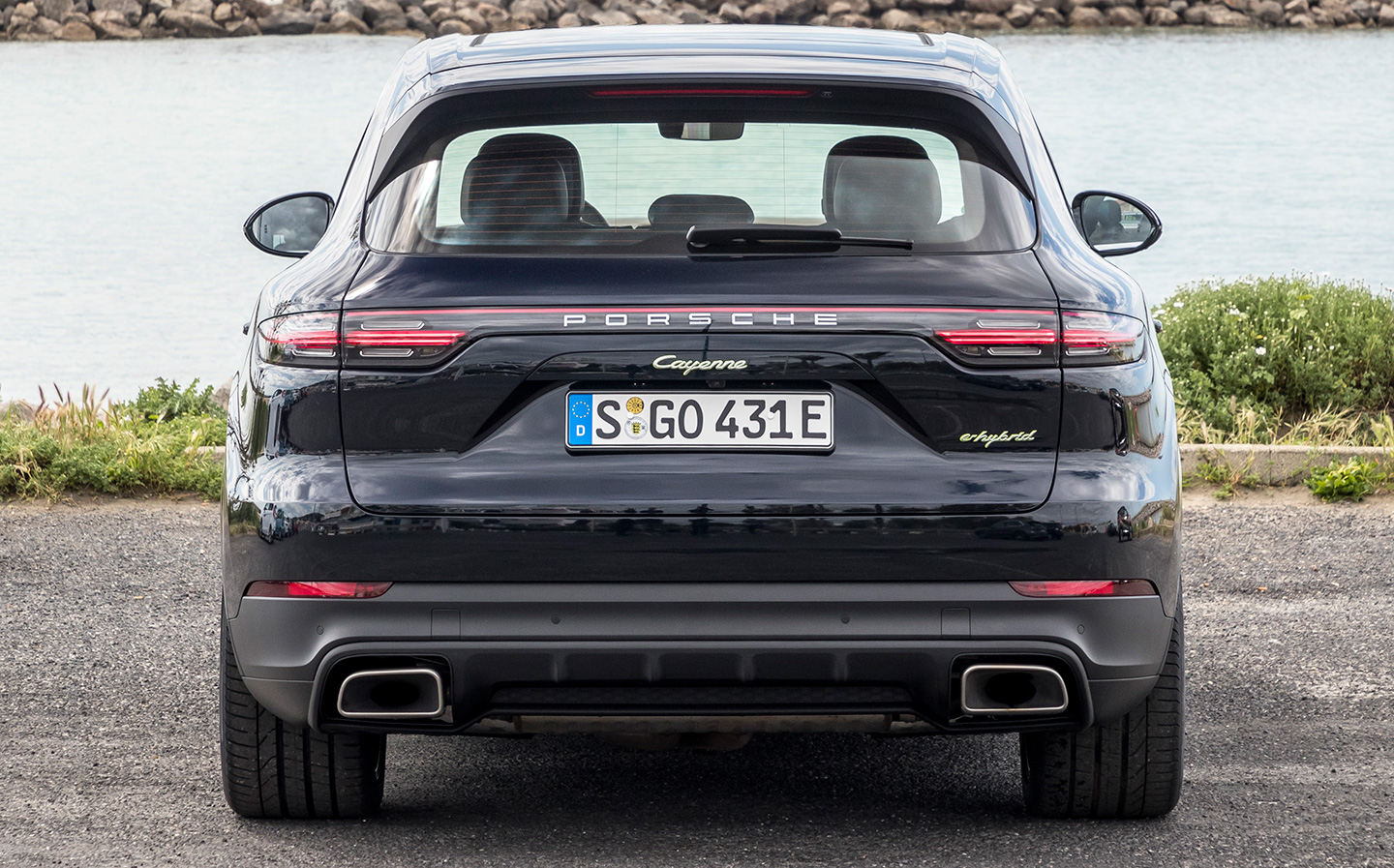 WE’RE USED to “everything” politicians who promise all things to everyone. Now get ready for everything cars that offer a whole range of abilities, all rolled into one model.

The latest is the Porsche Cayenne E-Hybrid. It’s an eco-car, a luxury limo, an off-roader, a family SUV and a sports car. According to Porsche’s blurb, it can handle anything that you throw at it, including the school run, the daily commute, towing a horsebox, eating up the miles on the autobahn, stuffing a washing machine in the back and having fun on a twisty coast road.

It’s a big, comfortable, high-up, all-wheel-drive five-seater with lots of gadgets for the iGeneration, including an app that allows you to adjust the climate control before your journey, check remotely that you’ve closed the windows and locked the doors, and find the vehicle if you lose it in a multistorey car park or a festival field.

On paper it looks impressive. It’s quicker off the mark than a Porsche 718 Boxster, hitting 62mph in five seconds; it has a similar boot capacity to that of a load-lugging Audi A6 Avant; it has better fuel consumption than some Toyota Priuses; and it has the tactile interior of a Tesla.

You may say you don’t want a £67,000-plus car, or you’d rather have a couple of cheaper ones so you can drive the coast road while someone else does the shopping.

But according to research by car makers, that means you’re a person of advancing years. The new generation of buyers, they say, don’t have space in their lives or on their drives for more than one car, so they take their lead from their smartphones, which, as we know, do everything.

The Cayenne E-Hybrid is a car you switch on, rather than start up. There’s no throaty roar; not even a gentle tickover. The instrument panel lights up to acknowledge it’s ready, and then silently it moves off, with the instant kick that electric motors do best.

It takes a while for the car’s abilities to become apparent, but it gradually reveals itself to be a very clever piece of technology.

If you want to drive it as a pure electric vehicle (EV), you can, and provided you plug it into a charger each night and don’t exceed 27 miles a day (more than the average commute, there and back), you never need stop at a petrol station.

The Sport setting engages the V6 petrol engine if you want to save battery power for, say, when you arrive at an urban destination. Hybrid Auto mode lets the car decide how hard to work the V6 and the electric motor. And if you want to give it the full beans, to demonstrate what an eco-car can do — not just for the hell of it, obviously — there’s Sport Plus, which uses the full strength of the electric motor plus the grunt from all six cylinders.

Provided you plug it into a charger each night and don’t exceed 27 miles a day, you never need stop at a petrol station

This kind of versatility, combined with systems that control how the car behaves when it’s cornering, when it’s in traffic, when it’s off road and so on, is why Porsche claims the E-Hybrid is several cars combined.

The company had a head start in producing everything cars, partly because it transitioned from a sports car manufacturer to one that made most of its money from SUVs, and partly because of its experience with electric hybrid systems for Le Mans, which means that — counterintuitively, given its reputation for red-blooded racers — it’s good at eco-technology too.

It has also learnt from past mistakes. The original hybrid Cayenne, unveiled in 2007, combined the disadvantages of a thirsty petrol engine with a heavy electric motor and battery for no significant gain. This version reverses that, with the best features of electric and combustion propulsion.

The two power sources deliver an impressive 456bhp — less than the top-of-the-range, £99,291 petrol Cayenne Turbo at 542bhp, but enough to blow away the cobwebs on a Sunday-morning runout. If you lean towards driving in EV mode, it’s frugal too, but this is where the data gets a little hazy.

Customers who’ve recently taken delivery of the Cayenne E-Hybrid are exempt from the London congestion charge. But car makers are being forced to recalculate emissions and fuel consumption figures to take account of revised EU rules for new vehicles that came into force earlier this month.

At the time of going to press, Porsche couldn’t provide data for the new Worldwide Harmonised Light Vehicle Test Procedure (WLTP) or confirm whether E-Hybrids yet to be delivered will be exempt from the congestion charge. When we checked on the Transport for London (TfL) website, it told us there was no information for the car.*

So should you consider buying one? Probably not if you live in a crowded neighbourhood without a driveway. At 2,194mm across, including wing mirrors, it’s too big for many width restrictors. Plus, to use it as an EV you’ll need off-road parking, unless you’re prepared to trail a wire across the pavement, or to charge it at service stations.

If you live anywhere else, and you’re looking for a luxury SUV with bags of power and torque that can also do hair shirt, it’s a good bet. The only serious rivals are the Range Rover PHEV and the Volvo XC90 T8 Momentum — and it has the edge over both in performance.

There’s one drawback, and it is that the government doesn’t like Porsche drivers, or in fact anyone buying pricy cars, so it has rigged the system to remove any advantage you might gain from choosing a green vehicle. The E-Hybrid’s quoted fuel economy under the pre-WLPT system is 88.3mpg, with a CO2 figure of 72g/km; environmentally friendly by any standards and clean enough, you’d think, to qualify for the lowest vehicle tax band. But it doesn’t.

Because the Porsche’s list price is more than £40,000, you get discounted vehicle tax only for the first year, after which it jumps to £440. That’s £300 more annually than the standard second-year rate that applies to many more polluting petrol and diesel cars. Why did the government choose to penalise buyers of a low-emissions vehicle because they’ve paid more than a seemingly arbitrary limit of £40,000? No one seems to know.

Likewise with the government’s much-touted plug-in grant. Buy a plug-in Prius and you get up to a £2,500 discount, courtesy of the Office for Low Emission Vehicles (OLEV). Not so the E-Hybrid, because it costs more than £60,000. Why £60,000? No one seems to know.

Porsche drivers won’t be protesting on social media. They would be harangued even for owning a big SUV by those who say cars such as this should be banned altogether from city streets. Maybe so, but that’s not the point. What the Department for Transport, HM Revenue & Customs and quangos such as TfL and Olev are doing at the moment is taxing lifestyles — not because it’s fair but because they can.

If the aim is to tax petrol and diesel use, or exhaust emissions, then fuel duty is the way to do it. If the objective is to tax the purchase of an expensive car, then VAT does this. If the idea is to hit high-earners, use income tax.

The existing bureaucratic system has created absurdities. You can drive around in a smoky MPV and pay no more than £155 in vehicle tax. You can buy a Land Rover 110 County or a hen-party stretch Hummer that does 6mpg and pay no TfL congestion charge because, perversely, cars with nine seats or more are exempt.

If your hobby is coal-fired canal boats, you can own and operate one where you like, tax-free. But buy a clean Porsche and it’ll cost you. There’s no logic to it, but those everything politicians know it won’t lose them enough votes to matter.

* Since this review was published in The Sunday Times Magazine, on September 28, 2018, the Porsche Cayenne E-Hybrid has been temporarily withdrawn from factory order via the company’s website “due to an upcoming revision of specification”. A Porsche spokesperson told Automotive News Europe: “We will not start taking orders again until the cars are being built, the timing of which has not yet been confirmed.”

Next Volvo XC90 won’t be available with a diesel engine