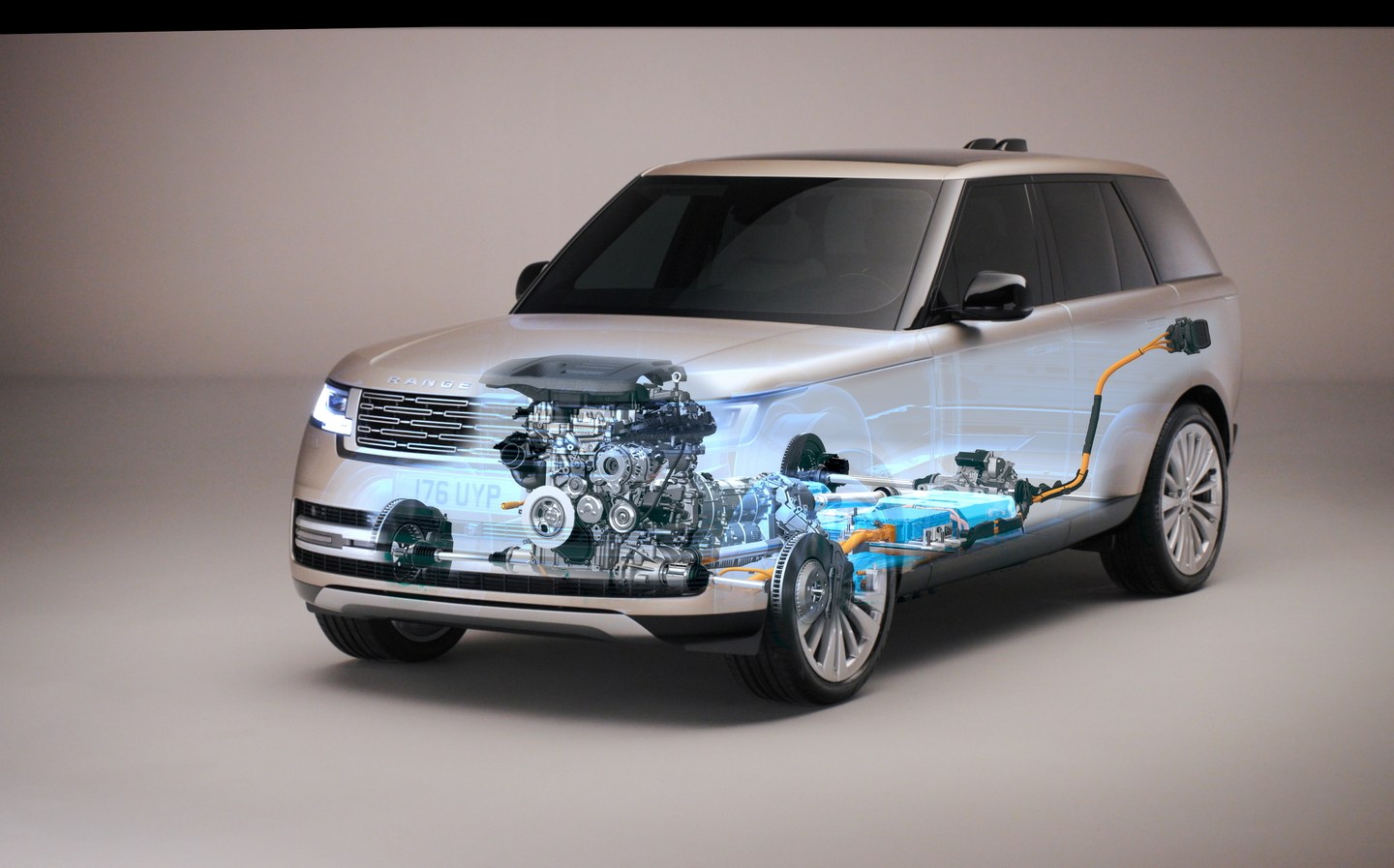 Range anxiety is still often cited by people as a reason for not wanting to make the switch to a pure-electric car. If that’s a concern for you, a plug-in hybrid electric vehicle (PHEV) car may be a great option. But what exactly is a PHEV, and what are the benefits?

Plug-in hybrids seem to offer a perfect in-between solution to the petrol versus pure-electric car dilemma.

With an electric motor an lithium-ion battery pack that can be charged at the mains, a PHEV offers the day-to-day running experience of an electric vehicle.

However, the battery isn’t as big as those found in a pure-electric car, and you will typically get between 10 and 50 miles of electric running (the new Range Rover is expected to have 54 miles of real-world electric range, in fact).

Instead, a PHEV also retains the tried-and-tested internal combustion engine and fuel tank, which means when the battery runs low, the engine fires up and you simply carry on with your journey.

But unlike a regular hybrid such as a Toyota Prius, a PHEV’s battery is best recharged using electricity from the grid, via a three-pin plug, or — for a quicker charge — home wallbox (as seen above) or public charger.

What are the advantages of plug-in hybrid cars?

Given the relatively low mileage that the average motorist in the UK covers day to day (less than 20 miles on average), a plug-in hybrid could provide sufficient range to complete the majority of journeys on battery power alone, reducing emissions and almost totally eliminating fuel consumption.

If you have off-street parking, the battery can be recharged at home and electricity is a much cheaper fuel than petrol or diesel – there are many variables but electric car owners may pay fuel costs of around 5p per mile, compared to more than 12p per mile for a petrol-engined car.

If charging at night on an Economy 7 home energy tariff, electricity costs can be reduced further. Octopus Energy’s Octopus Go tariff currently costs 7.5p per kWh between half-past midnight and 4:30am, compared with 31.31p per kWh as a standard rate. Octopus reckons you’ll pay 2p per mile if charging between these hours.

Electricity rates are soaring right now, but so are prices at petrol pumps — electricity is likely to remain the cheaper option. That’s why keeping a PHEV charged up is a much cheaper — not to mention less polluting — way of getting around.

The 30–35-mile range of vehicles such as the Renault Captur E-Tech PHEV, Skoda Octavia iV and Ford Kuga PHEV can often prove sufficient for owners to complete most of their daily driving using just electric power.

But here’s the thing: with the petrol or diesel engine under the bonnet, range anxiety is eliminated as the fuel tank can be rapidly refilled at any filling station. Many pure-electric cars may be able to travel more than 200 miles between charges these days, but charging on the move can take 30 mins out of your journey, whereas filling with petrol takes a few minutes.

And most experts agree we need more — and more reliable — public charging infrastructure in the UK right now. Pure-electric cars are the future, but chargers can be broken or in use when you arrive for a top up (it happened to us recently). Tesla’s network of chargers seem to be more reliable than most, and they sensibly install groups of chargers at the same time, rather than one or two, though for other drivers it’s a less consistent experience.

Business users can see the biggest benefits of plug-hybrid vehicles, as the Benefit-in-Kind (the amount that you pay from your salary for the “perk” of running a company car) is low compared with petrol and diesel equivalents. You might pay 20% compared with 30% or more for a combustion-engined version, making the monthly cost much lower. Pure-electric cars offer a more significant saving, but if you’re not ready for one of those yet, a PHEV is the next best thing.

Private plug-in hybrid drivers can also take advantage of either a lower or zero rate of road tax (VED) compared with internal-combustion-engined cars.

In the first year of registration VED is based on CO2, and PHEVs producing 76-90g/km of CO2 will cost £105 in tax, representing a discount when compared with most petrol and diesel cars, which emit more than 100g/km. If driving a large SUV, it might result in a significant saving in that first year, though car dealers may include the cost of VED in the sale, or waive it completely, which would negate any saving.

If your PHEV was registered after March 31, 2017, from year two there’s a flat VED rate of £145 per year. That represents a small saving of £10 per annum over a petrol or diesel car.

But PHEVs registered before March 31, 2017 are fully tax-exempt, as long as they emit less than 100g/km of CO2 (and almost all of them do). The government tightened these rules after PHEVs shot up in popularity.

If you live in London, the benefits of PHEVs are diminishing, too, as since October 2021 only pure-electric and hydrogen cars received a 100% discount on the cost of entering the Congestion Charging Zone. That means you will need to pay the £15 a day charge.

As a PHEV driver, however, you are exempt from the additional Ultra-Low Emission Zone charge of £12.50 a day.

You can also driver around any city in electric mode, knowing you’re not pumping out exhaust gases which are known to cause respiratory and other health problems for residents. Air pollution is linked to 36,000 premature deaths a year and, according to a recent report, Britain has the worst death rate for lung conditions such as asthma in western Europe.

What are the disadvantages of plug-in hybrids?

Efficiency when using the engine

All of this means that unless your daily mileage is small enough to make full use of the battery range, a plug-in hybrid may not be the best option. For those who regularly cover longer distances, a pure-electric vehicle, regular hybrid vehicle or even an old-fashioned diesel may be a better bet in terms of economy and total cost of ownership.

And due to their battery packs, plug-in hybrids are also generally more expensive than their internal combustion-powered equivalents.

Plug-in hybrids also suffer from one of the key downsides of electric cars in that off-street parking is usually required for overnight charging unless you’re happy to recharge either at work or using the more expensive (and still patchy) public charging network.

What’s more, as we’ve seen above, the government incentives of running a PHEV (tax reductions, lower emissions charges, etc.) are being reduced or removed over time. A PHEV might be a good option now, but they’ll be less desirable in the future.