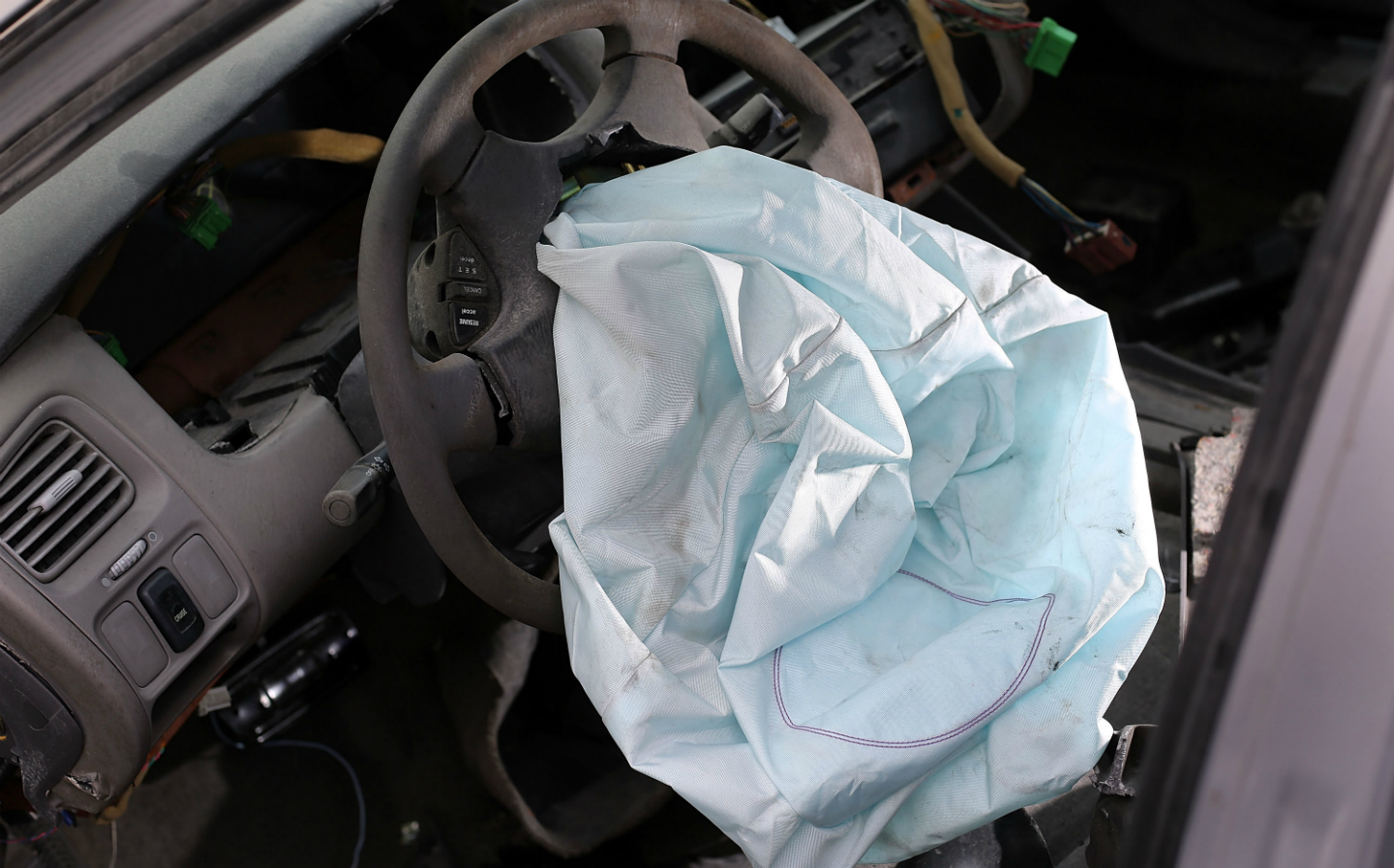 Why has an airbag recall notice been issued?

The recall is in response to the discovery of an issue involving airbags supplied by the major parts manufacturer Takata. According to notices that have been issued by some car makers, the explosive charge in the device that inflates the airbag is at risk of degrading over time, and potentially causing it to fail when the airbag is deployed.

In the very worst case scenarios, the device may could rupture and result in the metal fragments being propelled into the cabin at high speed, potentially causing serious harm to the driver or passengers. As reported on Driving.co.uk in 2015, five motorists in the United States of America and a driver in Malaysia have been killed in incidents attributed to the defective Takata airbags.

At the time of writing, no cases of Takata airbag failures have been reported in the UK. It’s suggested this is due to contributing factors for the fault including prolonged and repeat exposure to high temperatures and humidity levels.

How many cars are affected?

According to The Times, the airbag defect has affected around 60m vehicles worldwide, with new figures from the Driver and Vehicle Standards Agency (DVSA) obtained by Auto Express suggesting around 3.4m affected cars are registered in the UK.

Because Takata supplied airbags to many car makers, the issue isn’t isolated to a handful of manufacturers either. Brands that have issued recalls for Takata airbag defects include, but aren’t limited to, BMW, Ford, Honda, Jaguar, Land Rover, Mazda, Nissan, Subaru, Toyota and Volkswagen.

Even though the recall is the largest to ever hit the motor industry, it appears many drivers of affected cars still haven’t had the issue sorted. According to the Auto Express-sourced DVSA figures, of the 3.4m vehicles in the UK that are known to have been fitted with the defective airbags, more than 1.7m of them are yet to be repaired.

How do I find out if my car needs to be recalled?

The most direct way to find out if a recall has been issued for your car is by entering your vehicle’s registration number into the DVSA’s online recall checker.

However, it may not be a 100% foolproof way to find out if your car has been recalled for this specific airbag rupture risk fault: according to the DVSA’s recalls file database, Takata is only explicitly mentioned in some notices issued by Honda, Mazda and Nissan.

Some car companies also have online checkers on their own websites, which you can use to see if your car has an outstanding recall notice. While some need you to enter your vehicle’s registration number, you may also need to input your car’s 17-digit vehicle identification number (VIN) in others. You can find your car’s VIN on your V5 registration document, and cars also have their VINs stamped on metal plates in the engine bay or on the driver’s side door frame.

It’s potentially very important to check a used car’s recall history if you’re interested in buying it, as it’s illegal for traders to sell a product that has an outstanding safety recall. Anyone caught selling an affected car that hasn’t had the necessary recall repairs carried out could face prosecution by Trading Standards.

If your car does have an outstanding recall notice, you can have it repaired at your nearest relevant dealer (i.e. your nearest Toyota centre if you have an affected Toyota car). Though you’ll need to book an appointment to have your vehicle fixed, you won’t need to pay for the recall repairs, as all of the work will be carried out for free by the manufacturer.