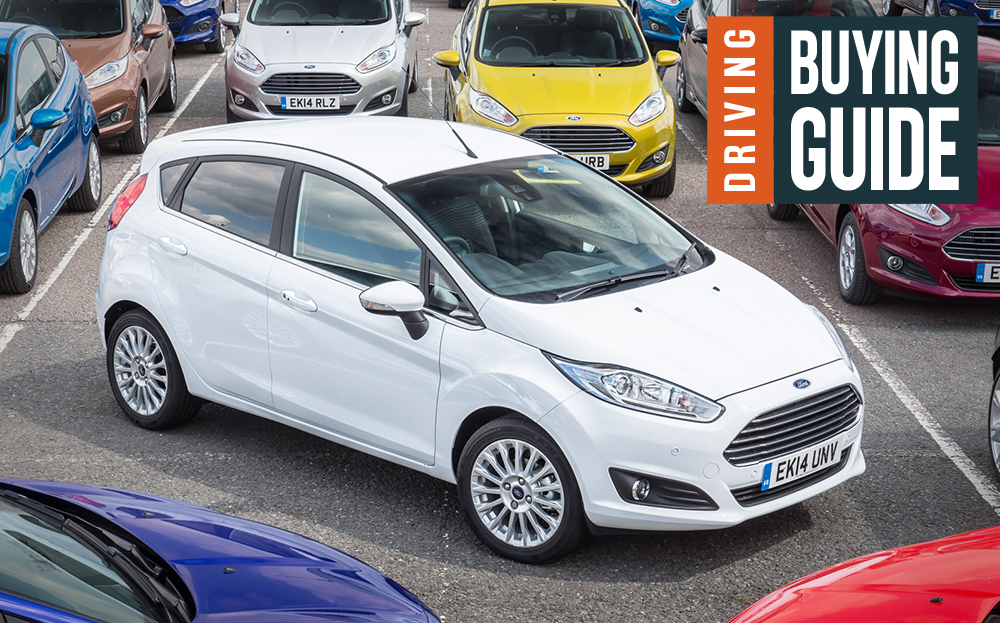 FOR SEVEN years the Ford Fiesta has been Britain’s best-selling car. Even now, one in 20 cars sold in the country is a Fiesta.

But the nation’s favourite is starting to show its age. The current version first appeared in 2008, and was our top choice small car until the new Mini hatchback overtook it last year.

Now a host of new competitors are attempting to do the same, for less money than the Mini. We have driven three five-door rivals, which appeared this year and concentrated on city-friendly petrol versions. 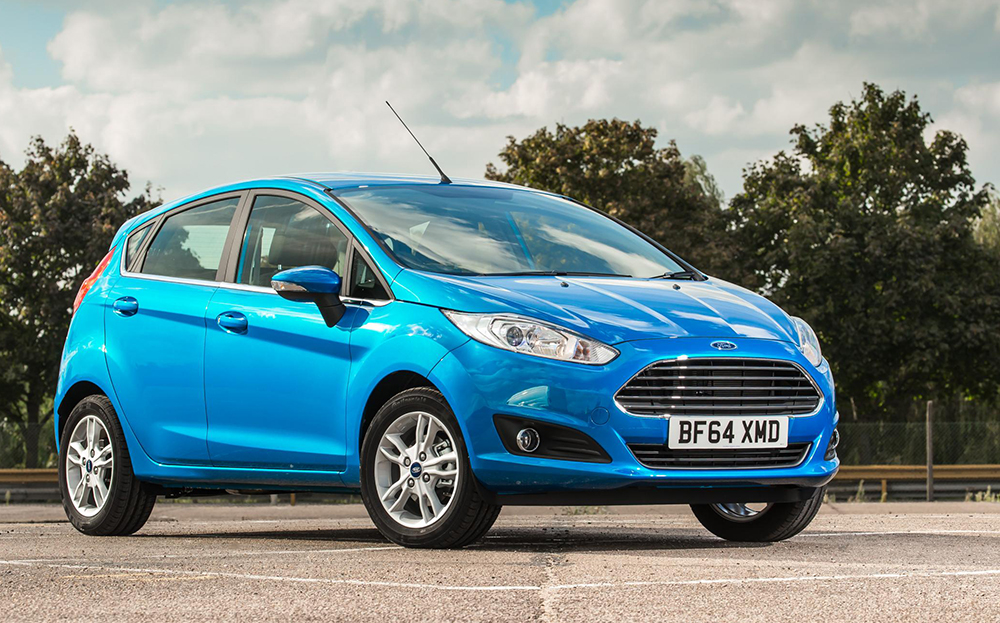 The interior, strewn with buttons, might look dated but get behind the wheel and the Fiesta still feels like a cutting-edge car on the road. It strikes a well-judged balance between a comfortable ride and sharp handling, which makes it painless around town and a joy to drive on the open road.

Match it with the high-tech 1-litre, three-cylinder petrol engine and you’ll have a power unit that provides all oomph you’ll need on the public highway but with mighty fuel economy and low emissions, making it exempt from road tax.

Choosing a car with this engine does push up the price, mind you – we’re talking Mini territory, in fact, and its newer rivals can undercut it. The Ford doesn’t match the cabin space, quality and equipment levels of some modern rivals, either.

Browse the used Ford Fiestas for sale on driving.co.uk 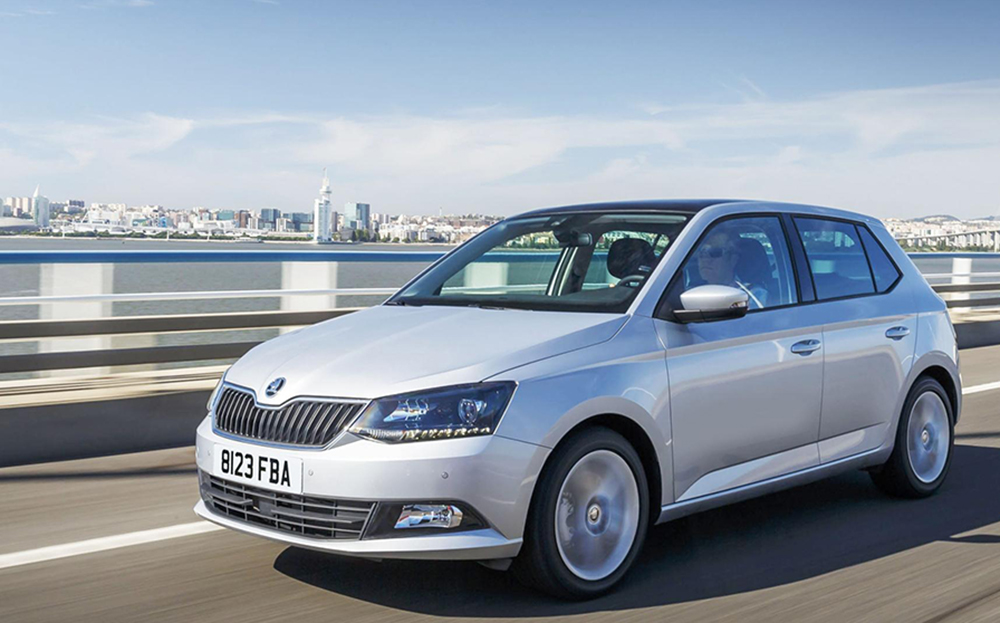 For years, Skoda has built its brand by making solid, competent and good value cars. These often surprised customers who remembered the Czech firm’s earlier reputation for unreliable rust buckets.

But that trick won’t work any more: buyers expect better of the brand, so the quality – and price – have been increased in the new crisply-styled Fabia. Buyers of all but the entry-level models get a large dashboard screen and two-tone interior.

Unfortunately for Skoda, the competition has moved on too: it’s a pleasant cabin, with space for two adults to sit comfortably in the back.

On the road, the Fabia is fairly unexciting, though. The ride is smooth, and particularly good at higher speeds, while the steering is light for easy manoeuvring. It stays upright in corners, resisting the urge to lean too much, and there is plenty of grip. That will be fine for most buyers; just don’t expect it to to be fun.

We tested a car fitted with the 1-litre 74bhp middle-of-the-range petrol engine, which burbled away under the bonnet, coping perfectly well with motorway driving.

In entry-level ‘S’ specification, it looks good value but doesn’t include equipment that many buyers would want, including air conditioning, rear parking sensors and an automatic emergency braking system that may reduce your insurance premium if fitted.

All of these features are available on the next trim level up, SE, which adds £1,300 to the price. You also have the option of the 1.2 TSI 89bhp petrol engine (not available in S trim), which offers fractionally better fuel consumption and a little more power to make the Fabia more responsive. This would be our pick.

The ride feels marginally smoother and there’s more space in the back of the car, which could be reason enough to buy the Skoda over the Ford. That’s before you check the brochure and see that our pick of the range is over £1,000 cheaper than our favourite Fiesta, and it comes with more equipment. However, the driving enthusiast in us would always pick the Ford: overall, it’s the better car to drive. 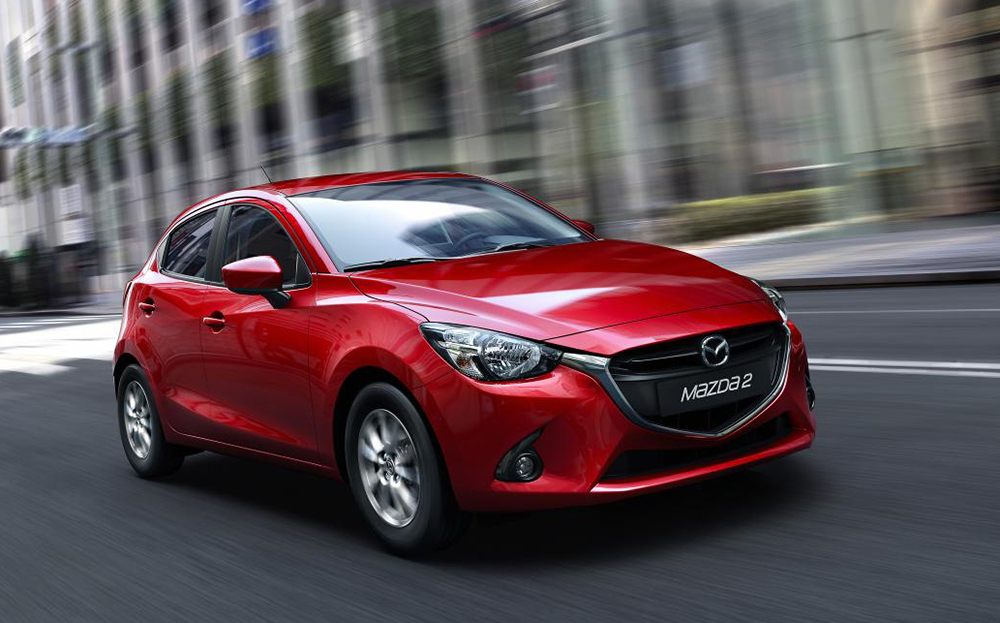 The Mazda 2 used to be based on the Ford Fiesta, but the Japanese company has gone it alone for this version. At first sight, it looks to be a good thing. The design is stylish the interior feels solid. The 7” dashboard touchscreen is standard on all but the basic trim level. It can be controlled using a dial and, radio station selection apart, is straightforward to operate.

With two USB ports on most trim levels, space to rest your charging phone, and simple, clear displays, the designers appear to have thought about exactly what the driver and passengers need.

It could be a five star interior if it wasn’t for the impression that it has been assembled from leftover bits of trim from other models. There are at least a dozen different types of finish, including shiny black, matt black and silver plastics. There are carbon fibre- and leather-effect surfaces, as well as door inserts in the same material as the seat.

The Mazda 2 has been engineered to drive like a city car. The steering is light and the mid-range 1.5-litre, 89bhp engine we tested will zip the car away from traffic lights if revved hard, making it fun to drive at low speeds. The car remains composed, without much body roll as you swerve around parked cars and width restrictors but the ride is a little firmer than the Fabia or Corsa, so travelling on bumpy roads is less relaxing, but never uncomfortable.

The car’s ability around town partly explains why it’s not so well suited to motorway driving. The engine will cruise comfortably, if noisily at 70mph, but if the speed drops and you need to accelerate, a lower gear will be needed. You have to change down to maintain speed up some of the steeper motorway climbs too.

There is a more powerful version of the engine but, at £16,000, it’s expensive compared with the competition, so the 89bhp powerplant is our pick. In SE-L trim it comes well equipped and costs under £14,000. Pay £400 and sat-nav is built in. The car has not yet been tested by Euro NCAP for safety.

Interior quality is a cut above the Fiesta, it has more equipment and space in the back is more generous too, although it’s not as spacious as the Corsa and Fabia. However the ride is a little harder and the engine less impressive. Faced with a choice of the two, we would pick the Fiesta, especially if we were driving on the motorway regularly.

Browse the used Mazda 2s for sale on driving.co.uk 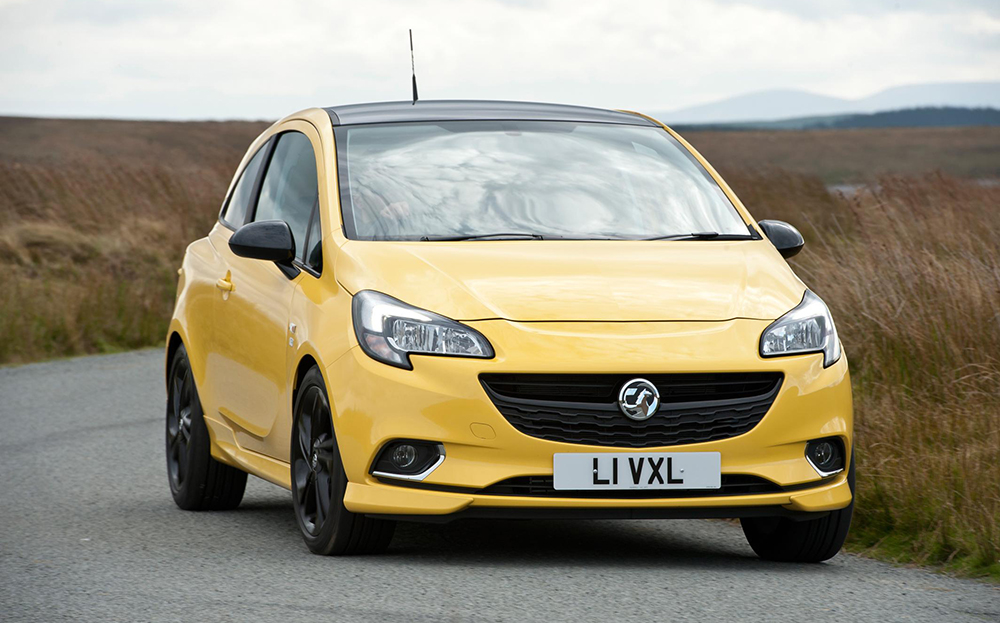 The Corsa has consistently played second fiddle to its Ford rival: previous versions have been popular with owners for their spacious interiors and straightforward design, but they have generally been fairly dull to drive.

The new car is an improvement, especially fitted with the 1-litre, 113bhp engine that we tested. It’s a motor with plenty of punch, growling gently under acceleration. Brisk in town and composed on the motorways, it’s the ideal engine for a supermini.

Other parts of the driving experience have also been improved. In the past, the Corsa’s gearbox and steering have had a rubbery, artificial feel, making the driver’s actions feel removed from what the car is doing. There’s still a slight sense of this, but gearchanges are slicker and you get a feel for the bumps that the wheels are absorbing and the grip that they have through the steering wheel.

It’s still not a sporty car. The ride is comfortable and soft – more so than the other cars on this page, which demands a calm driving style: the Corsa will lean noticeably if you try to corner with enthusiasm.

Inside, Vauxhall has followed the formula of including a touchscreen on all but the two lowest spec cars, but this is mounted quite low so the driver has to look down to see the screen.

Heated seats are fitted as standard from quite low down the model range and these are so toasty that you’ll be warmed up in a matter of minutes. In the back, there’s space for two adults to sit comfortably. It was awarded a four star safety rating by Euro NCAP.

If you don’t want much standard kit and can live with a three door car, the Corsa Sting R comes with the stand-out 113bhp engine for just £11,175, which is great value. But there is a catch: finance is not available through the dealer, so you will have to pay the purchase price upfront.

The Corsa is more spacious and the ride is more comfortable. Those two aspects alone will be enough to convince the Corsa’s many fans that they should upgrade to the new model. It’s a lot closer than it was to being a great all-round car but it still doesn’t achieve the same balance between ride and handling as the Fiesta does. The Ford again comes out on top in this encounter.

Browse the used Vauxhall Corsas for sale on driving.co.uk