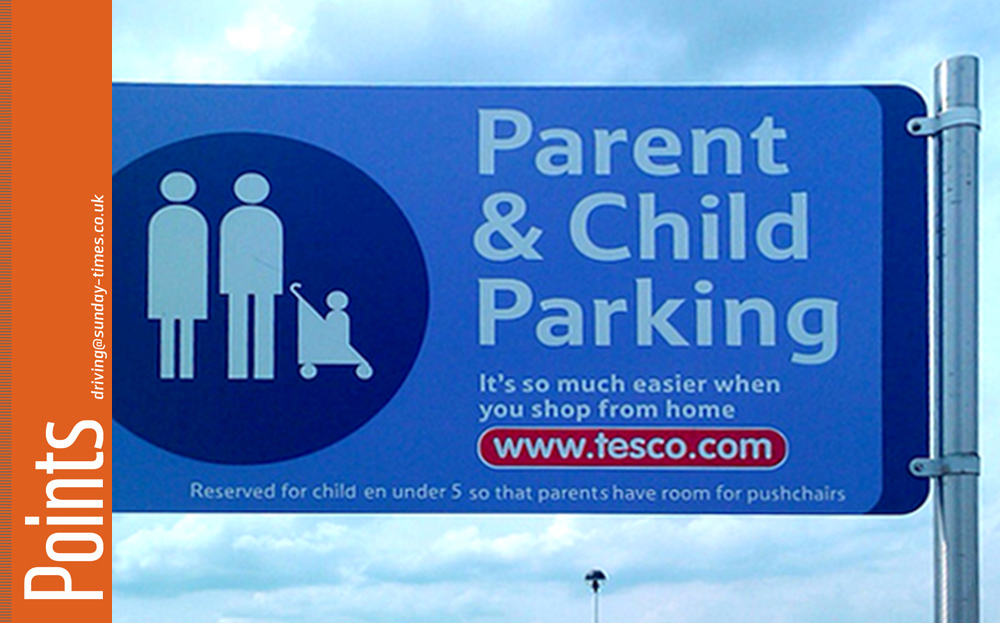 Blue in the face

So when I am unable to park at my nearest supermarket with my one-year-old, I know that at least Christina Jones has been able to make use of the “grandfather-granddaughter spaces” (“Young at heart”, Points, last week). I’m not being precious about these things but does that mean I can use the blue-badge spaces closer to the door?

Parent-and-child spaces suit my 4×4 admirably. The only time women and children should have priority is when abandoning ship.

Perhaps some of those who are good at creating wealth have the good sense not to lose it on fast- depreciating assets such as motorcars (“Super-rich, super-frugal: how some of the world’s wealthiest choose low-cost cars”, last week). 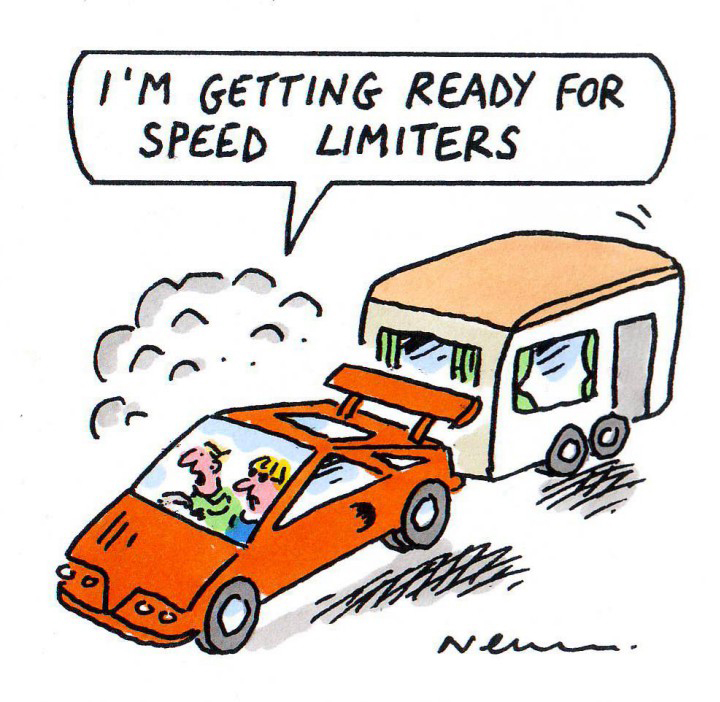 You write about the possible introduction of devices to prevent drivers from exceeding the speed limit (“Speed limiters may be made compulsory for new cars”, News, last week). What about new motorbikes?

Speed limiters could have the opposite to the intended effect because it would make it difficult to overtake a slower vehicle safely. If I am stuck behind a tractor, I may have to briefly exceed the speed limit to get past it as quickly as possible. The report said public acceptance of such equipment could be a problem. You bet.

The quick and the dead

The enlightened thinking going into speed-limiting technology is in contrast to the government’s populist obsession with raising motorway speed limits to 80mph. This would undoubtedly cost lives — and fuel. For what benefits?

I drove lorries for 20 years and never saw one travelling at 70mph on level ground (“Not so fast”, Points, January 18). HGVs are now limited to a maximum of 56mph and coaches restricted to 62mph. If limiters have been tampered with, there are very serious consequences.

I followed a car on my way to the supermarket and at no time did the motorist indicate. In the car park I asked the driver, a young woman, if her indicators were broken. “Don’t use ’em,” was the reply. Are we becoming a totally selfish society?