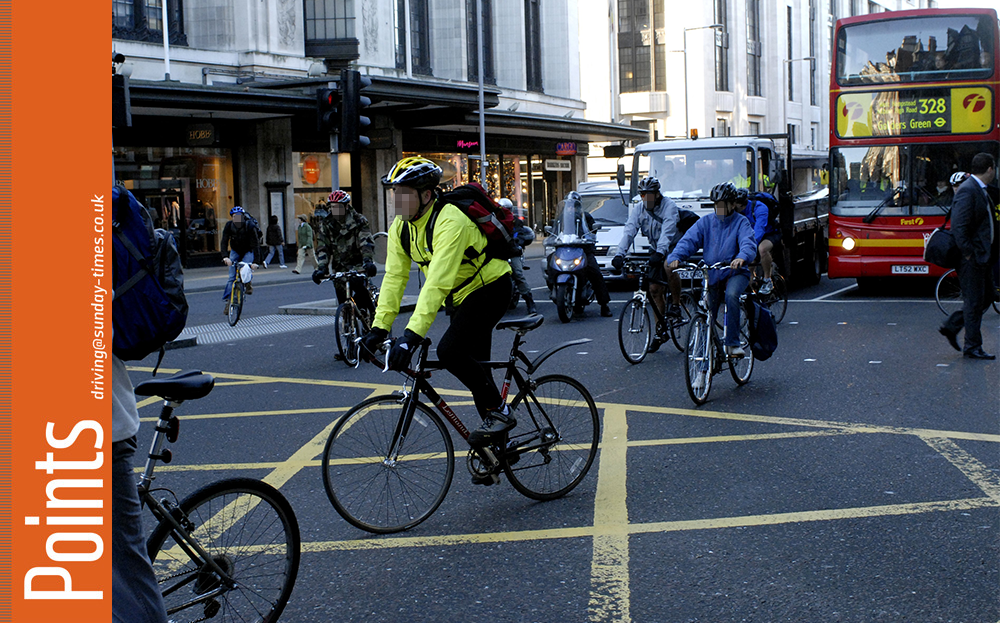 I was appalled that David Murray says that vulnerable road users such as cyclists should not be expected to take extra care on the road (“You’re to blame for road accidents too, cyclists told”, News, last week). We all share the road and as such we must share equal responsibility in looking out for each other — whether driving, cycling or walking. To imply that cyclists should expect others to be responsible for their safety only serves to exacerbate the hostile relationship that exists between cyclists and drivers.

No, cyclists don’t pay road tax (“Saddle sore”, Points, last week). Nor do their vehicles wear out the road surfaces or cause pollution. Also the fit, usually slim cyclists save the NHS a lot of money, unless they are knocked off their bike by an inconsiderate motorist.

Pulling a fast one

Avon and Somerset constabulary are still big purchasers of BMW motorcycles (“So good, the polizei abandoned their BMWs”, Biking, last week). Their latest purchase is half a dozen top-of-the-range BMW 1200cc 130mph machines, to be used as mobile 20mph speed-camera platforms! Obviously in these belt-tightening times they are intent on making savings in a big way.

Still a long way to go

One pound a litre in sight (“The drip, drip, drip of life draining out of rural Britain”, last week)? I was filling my car on a driving tour of Ireland at prices as low as 86p a litre of diesel. Naturally I brimmed the tank before sailing home to Blighty. 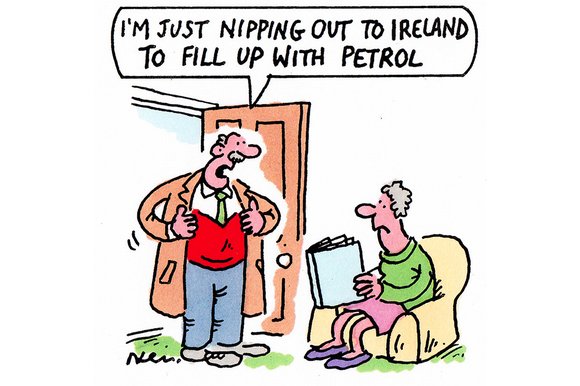 With the demise of rural petrol retailers we may see the prospect of range anxiety spreading to internal combustion engine drivers. Since rural drivers are more likely to have access to off-road parking (and recharging), could electric vehicles be even more viable in the country than in the city?

Politeness on the road is a gender matter more than anything (“Discourtesy call”, Points, last week). Do a simple observation test, wherever you live. My wife says it’s because women are too sensible to take their hand from the wheel unnecessarily.

Further to the debate about overtaking terminology (“Car before the hearse”, Points, last week), what should be the term for a practice I observed several times in Sicily? This involves one small Fiat attempting to overtake another while a third car, probably an Alfa, squeezes through the middle. This is most spectacularly performed in one of the region’s many tunnels. “Middletaking” perhaps?

Too much on your plate

Your feature last week on the 65 numberplate change reminded me of the silliness of having the date a car was first registered on the numberplate, which actually only started in 1963. Only one other country in the world does this (Ireland). Other countries make it difficult or even impossible to tell how old a car is by its numberplate. This helps smooth out car buying throughout the year. In some places, such as some states in America and provinces in Canada, the numberplate belongs to you, not the car, and stays with you on changing your car.

Look to the future

Taking your eyes off the road to read an analogue speedometer is surely not 21st-century motoring. Why are more manufacturers not providing a head-up display showing actual speed and official limit on that road? After all, the technology exists.