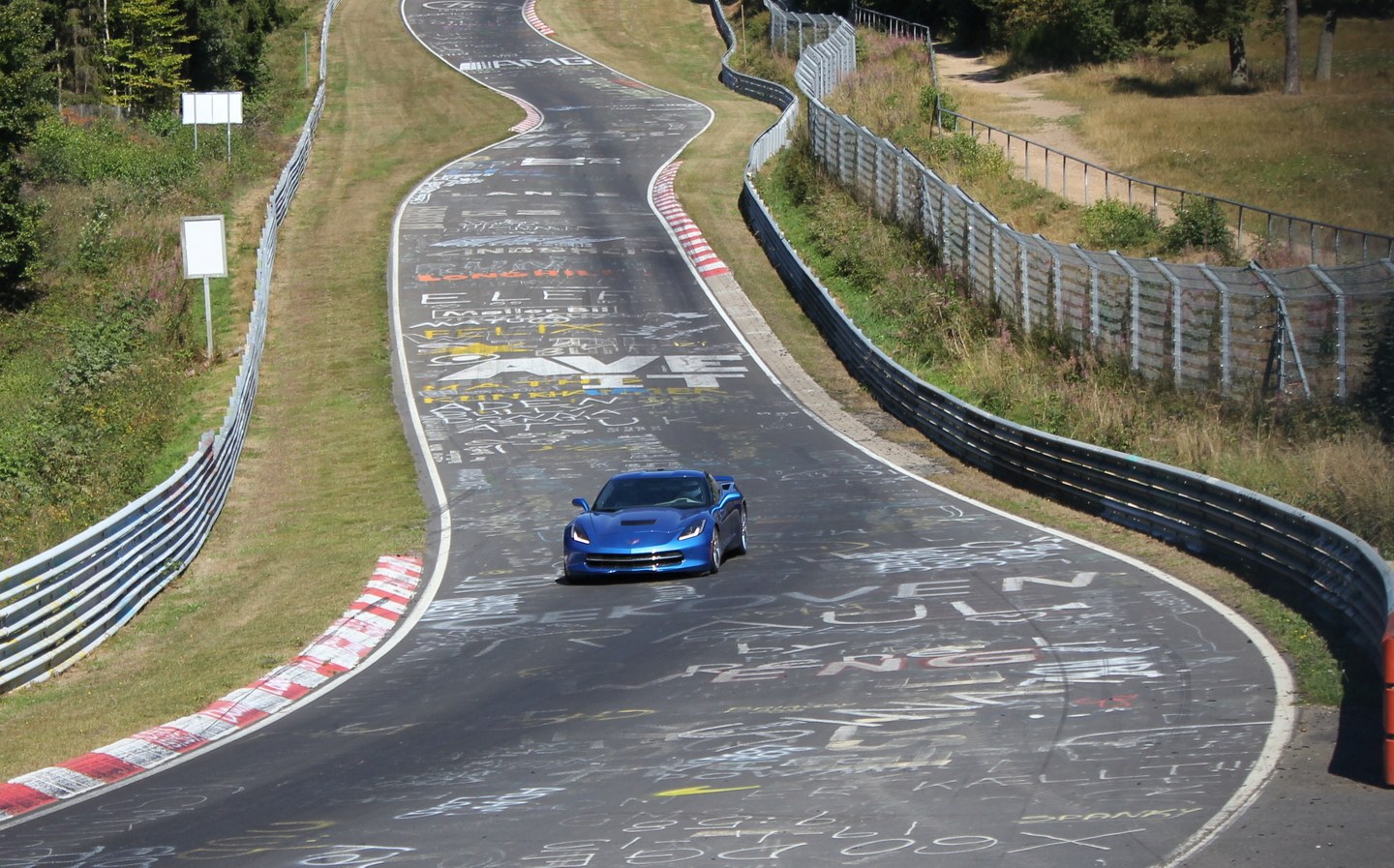 The Nürburgring Nordschleife in Germany is hallowed turf for motoring enthusiasts, who flood to its 13.6-miles and 154 corners, snaking through the scenic, wooded Eifel Mountains, to test their cars — and mettle — on one of the most challenging tracks in the world.

But before you drive at the Nürburgring, you may have a few questions, including what sort of driving experience you need, whether anything needs to be upgraded on you car and what sort of documents you need to provide. Read on for the answers.

The world’s most legendary circuit

The Nürburgring has, since the 1920s, made it the site of some of racing’s great duels. Most of the big names of the 20th century, such as Caracciola, Fangio, Moss and Clark, battled it out with spectacular and sometimes tragic results, and the circuit was a semi-permanent fixture of grand prix calendars until the 1970s.

Niki Lauda’s fiery crash at the circuit in 1976 brought an end to Formula One racing on the Nordschleife but F1 cars continued to compete on a shorter loop at the southern part of the course, which includes gravel traps run-off areas and all the safety features required of a modern track.

Meanwhile the The Green Hell (as Jackie Stewart dubbed the long, tricky, tree-lined Nordschleife) stayed open for less extreme racing machines and, as seen in the video below, it remains open to the public at certain times so that private enthusiasts can take to the track.

It has also remained a favourite venue for car manufacturers and racing teams, who frequently hire the track to test new performance vehicles.

Appearances on TV shows such as Top Gear and in video games in the mid-2000s boosted the venue’s global notoriety and, with motorists able to show up and drive the old circuit as fast as their car or abilities will allow, it has become a site of pilgrimage.

All that said, those for whom driving the Nordschleife represents a big item to tick off the bucket list, it does still require some preparation and forward planning, so it’s helpful to know a few of the basics before making the trip.

Where is the Nürburgring Nordschleife?

The Nürburgring Nordschleife lies in the heavily-forested Eifel Mountains in western Germany around an hour south west of Bonn, or 50 minutes from the Belgian border.

For British drivers taking their car to the Nürburgring, the circuit is around a five-hour drive from the port of Calais.

How much is it to drive the Nürburgring Nordschleife?

The adjacent grand prix circuit is sometimes open, too, and a 15-minute stint there costs €30.

How can you book a driving session at the Nürburgring?

At present, those wishing to drive the Nürburgring need to buy credits in advance from the Nürburgring website, and tickets aren’t available on location as they were in pre-Covid times.

When is the Nürburgring open to the public?

As mentioned, manufacturers often use the Nürburgring for testing, and the circuit also hosts racing events, so aside from the fact that you need to book in advance it’s not a good idea to show up without checking the calendar.

Note, too, that because of testing, etc., even on days when the circuit is accessible the track is only open from 5.15 in the evening until 7.30 for “Tourist Drives”.

Are there restrictions on types of vehicles at the Nürburgring?

Not many. Provided your car has a minimum speed of 37mph, doesn’t weigh more than 2.8 tons, doesn’t feature bodywork protruding beyond the car’s original width and isn’t shod in slick racing tyres, you should be fine.

What documents do I need for driving at the Nürburgring?

All drivers need a valid driving licence, though a racing licence is not required.

Those driving their cars from the UK need proof of insurance, though this brings up some knotty legal questions. Most UK insurers specifically exclude the Nürburgring in the terms and conditions of their policies and so are unlikely to pay out in the event of a crash there.

Even if your insurance company does agree that the Nürburgring is a public toll road, given its exceptional nature they’re likely to recover the cost of any third party claims from the policy holder.

There are a small number of brokers out there such as Adrian Flux and InsureMyTrackDay.com that can provide quotes for short-term policies for drivers heading to the Nürburgring and, though they’re essential, they can be pricey.

What preparations do I need to make before driving at the Nürburgring?

Make sure that your car is in good mechanical condition prior to heading to the Nürburgring, paying particular attention to fluid leaks, brake discs, pads and tyres. At points you may be braking from upwards of 100mph and leaking or spilled fluids can potentially be lethal to you or other track users.

Beyond that incredibly important step, however, you don’t need to make any special preparations such as fitting racing tyres or a roll cage.

Watching videos such as the one above, playing computer games such as Gran Turismo or taking a ride in the passenger seat of a “Ring Taxi” may give you some idea of the basic layout of the route in advance, though it can take a while to remember which way all the corners go, and perhaps years to become a ‘Ringmeister.

What rules apply at the Nürburgring?

The Nürburgring is a one-way public toll road so some of the regular German rules of the road apply.

Keep right when required to allow space for faster cars and drivers to overtake on the left.

Keep a close eye on your mirrors and, in terms of etiquette, it’s a good idea to indicate right to let other drivers coming from behind know you’ve seen them.

While you’re allowed under clear conditions to drive at a good pace, racing other vehicles is absolutely frowned upon.

Aside from breakdowns, there’s no stopping anywhere on the circuit and, if you have a crash or mishap, you’ll need to call for the circuit’s licenced flatbed truck to get you.

All damage to barriers or circuit equipment must be reported to the track authorities and paid for. Keep an eye out for speed limit signs especially in the vicinity of accidents or other danger areas, as overtaking or exceeding 50km/h in such zones may earn you a ban from the track.

Can you take a rental car on the Nürburgring?

There are a number of nearby firms that rent out cars for use on the Nürburgring if you don’t want to take your own, offering everything from specially prepped racing cars to hot hatches and sports cars.

As for airport hire cars, don’t even think about it. The likes of Avis, Hertz and others specifically prohibit drivers from taking cars onto the Nürburgring and with GPS tracking it’s quite easy for them to find out where you’ve been. They may even be able to set live alerts for any vehicles attending the track.

For those heading to Germany in a hire car and want to experience the thrill of the Nürburgring, a number of “Ring Taxi” firms offer high-speed passenger seat rides around the circuit from around €250 upwards.

What is the Nürburgring lap record?

Time-keeping is prohibited at the Nürburgring as are any kind of record attempts by the general public. For those that must know, however, the current lap record is 5:19:54 set in 2018 by the Porsche 919 Hybrid Evo.