MCLAREN has revealed the wild, track only 720S GT3X — a version of its 720S GT3 racing car that is not stifled by pesky motor sport regulations.

As such, the 720S GT3X can’t be used in races, despite being developed by McLaren’s motor sport arm. It’s also very much not legal for the road. Instead, it has been designed for customers to take to track days, where its full potential can be squeezed out. 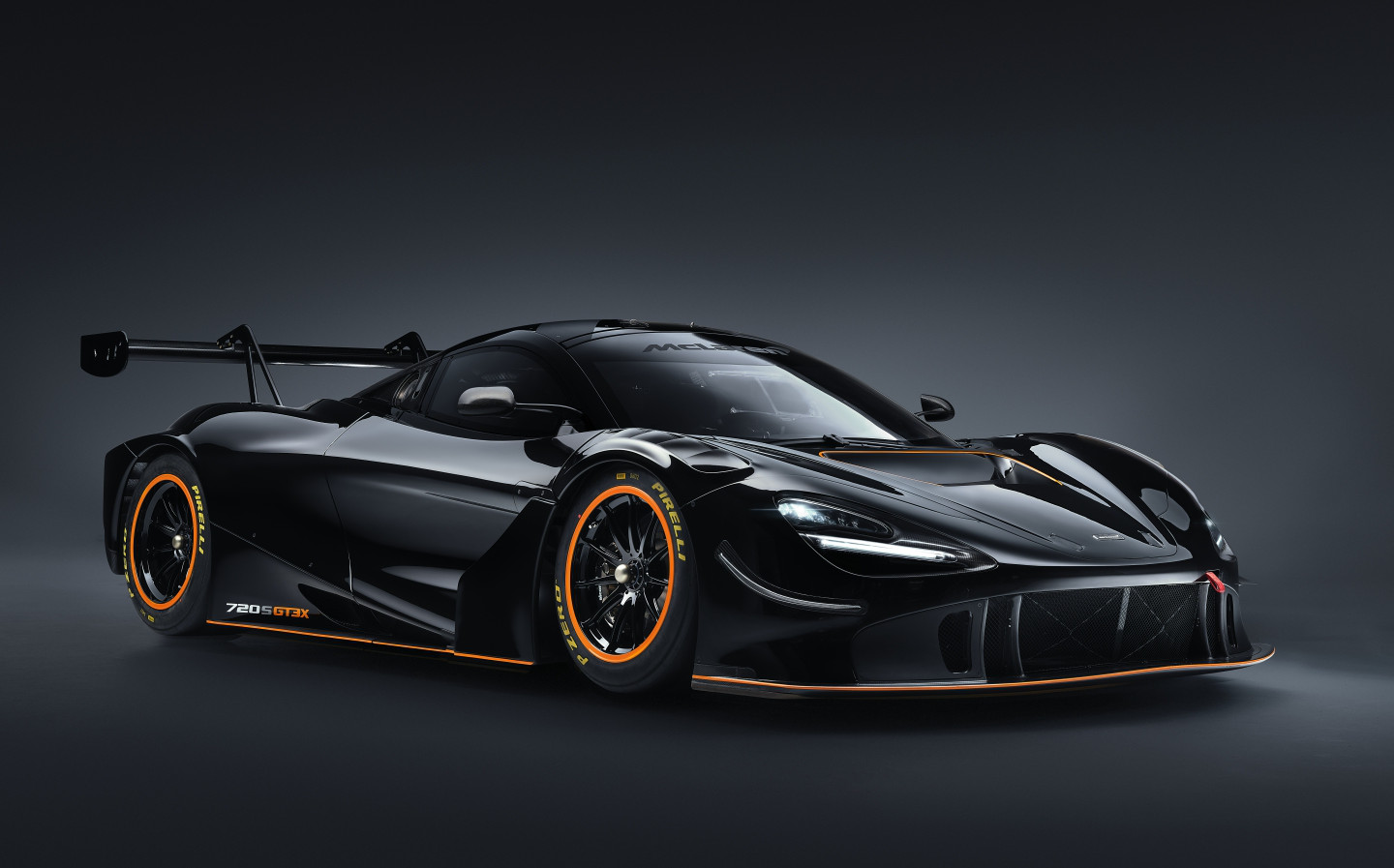 As with the racing car on which it’s based, the 720S GT3X is powered McLaren’s twin-turbo V8, which has received a blueprinted cylinder head, strengthened pistons and a new exhaust system. And as in the GT3, it produces 710bhp under normal conditions. However, a “push-to-pass” button on the GT3X’s steering wheel boosts output by 30bhp for limited periods, taking maximum power to 740bhp.

And because the GT3X weighs just 1,210kg — 73kg lighter than the roadgoing 720S — each tonne of weight is being pushed by a massive 612bhp when the boost is activated. There’s no mention of performance figures from McLaren but the road-going McLaren 720S coupé can accelerate from standstill to 60mph in 2.8sec, and hit a top speed of 212mph. It’s fair to guess the 720S GT3X’s stats are even more impressive.

To cope with the extra performance, aero has been honed to improve cooling as well as downforce (you can’t miss the huge rear wing and prominent rear diffuser), and the engine has the uprated cooling system from the GT3 car, too. 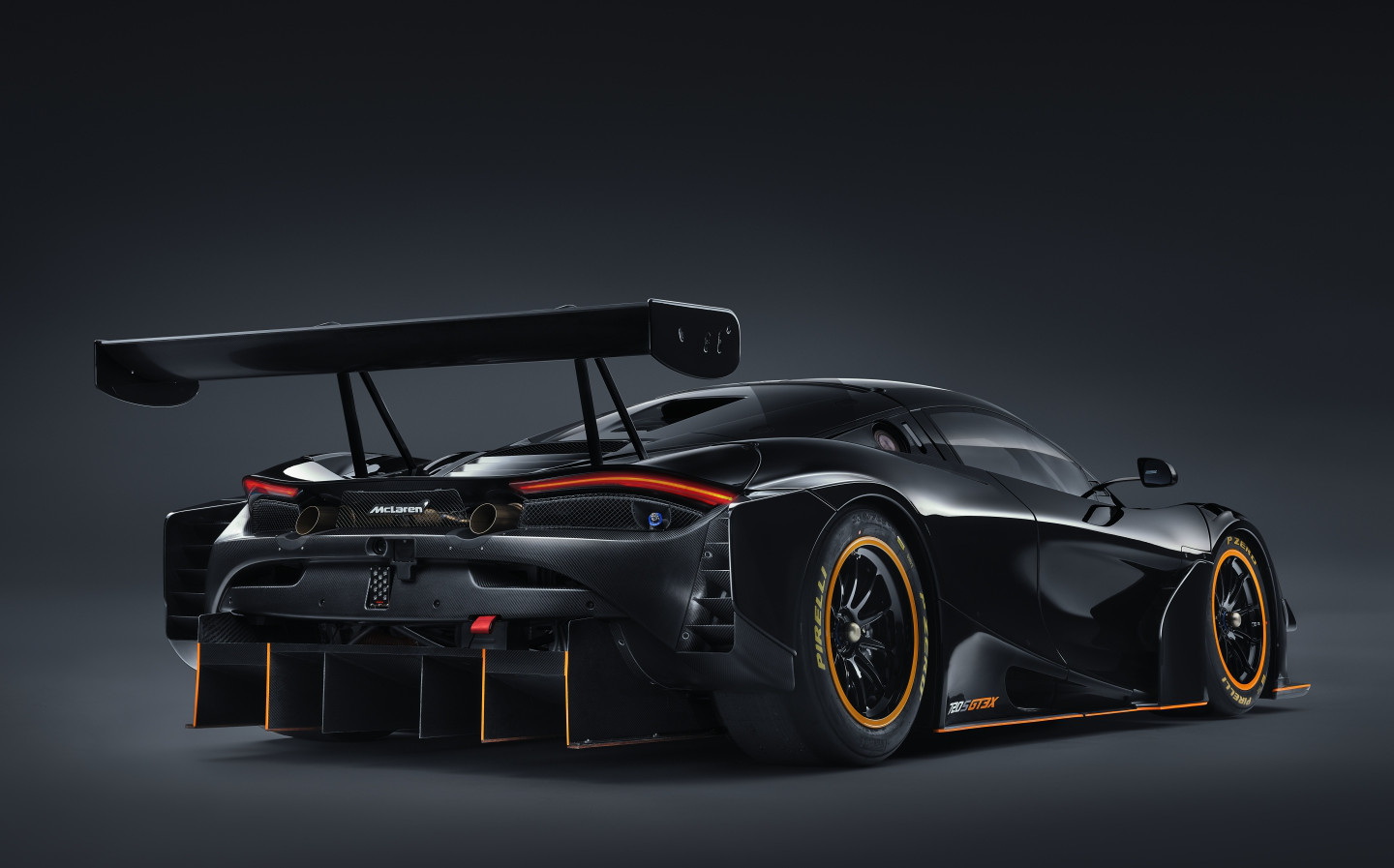 McLaren says the GT3X has undergone a rigorous testing process across Europe and the Middle East, with engineers focusing especially on “pure engineering, innovative aerodynamics and efficient design”. That has involved computational fluid dynamics software as well as F1 wind tunnel technology.

The result is undeniably imposing — especially when finished in Carbon Black paint. As a nod to the race-winning McLarens of the 1960s, there’s also a hint of McLaren Orange on the lower edges of the bodywork and the outer rims of the wheels. An “X” graphic is also emblazoned on the upper canopy to add to the slightly villainous aura. 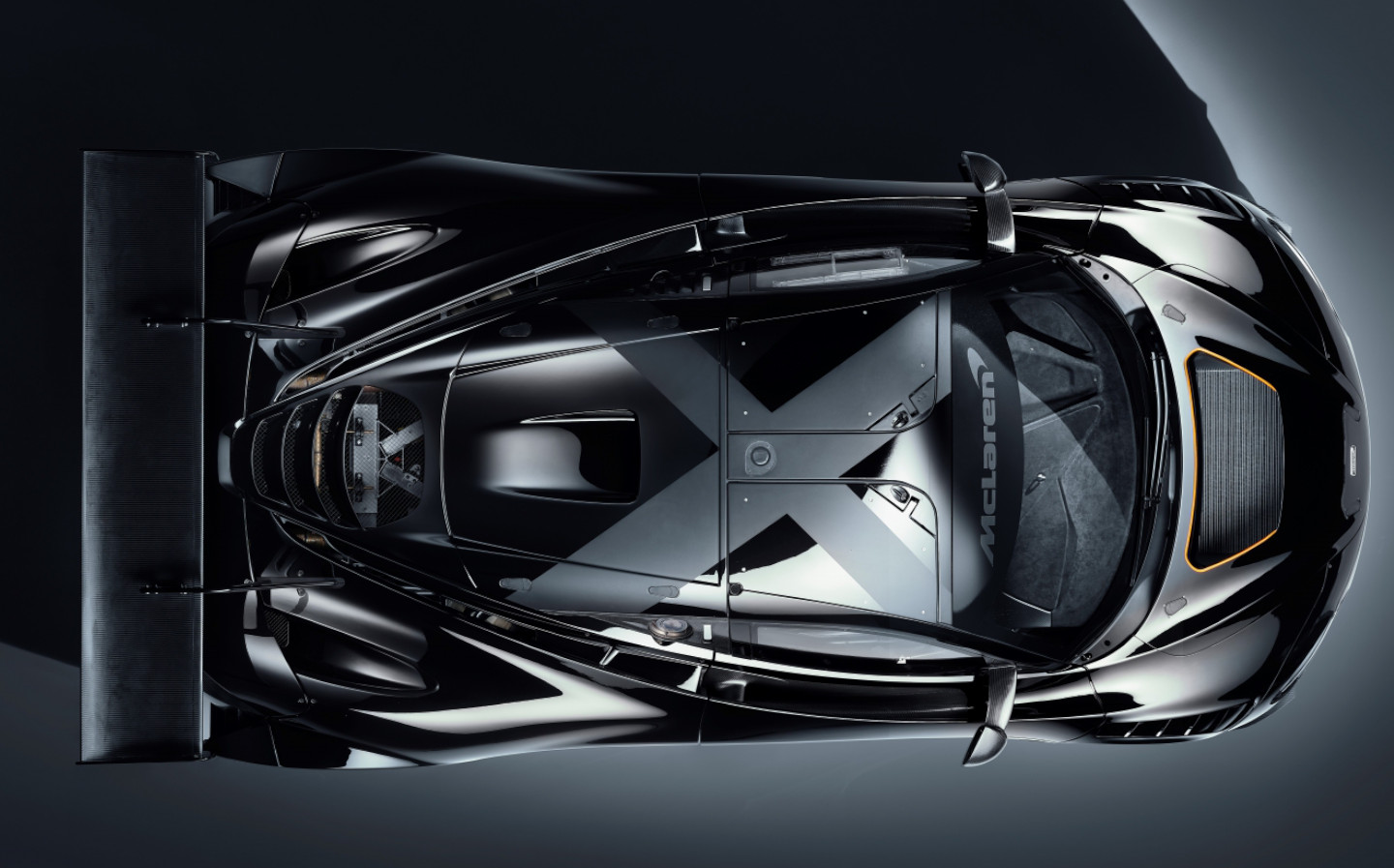 As you’d imagine for a range-topping track car, there aren’t too may creature comforts. Anything deemed “non-essential” or “luxury” has been chucked out to contribute to the weight saving effort, meaning that the interior is predictably stripped-back. Nearly all key functions are controlled through rotary switches and buttons on the steering wheel.

However, unlike the racing GT3, the GT3X can be ordered with an extra seat, in case customers want track-day tuition from pro-racing drivers… or they have any friends who trust them enough to climb in alongside for a passenger ride. 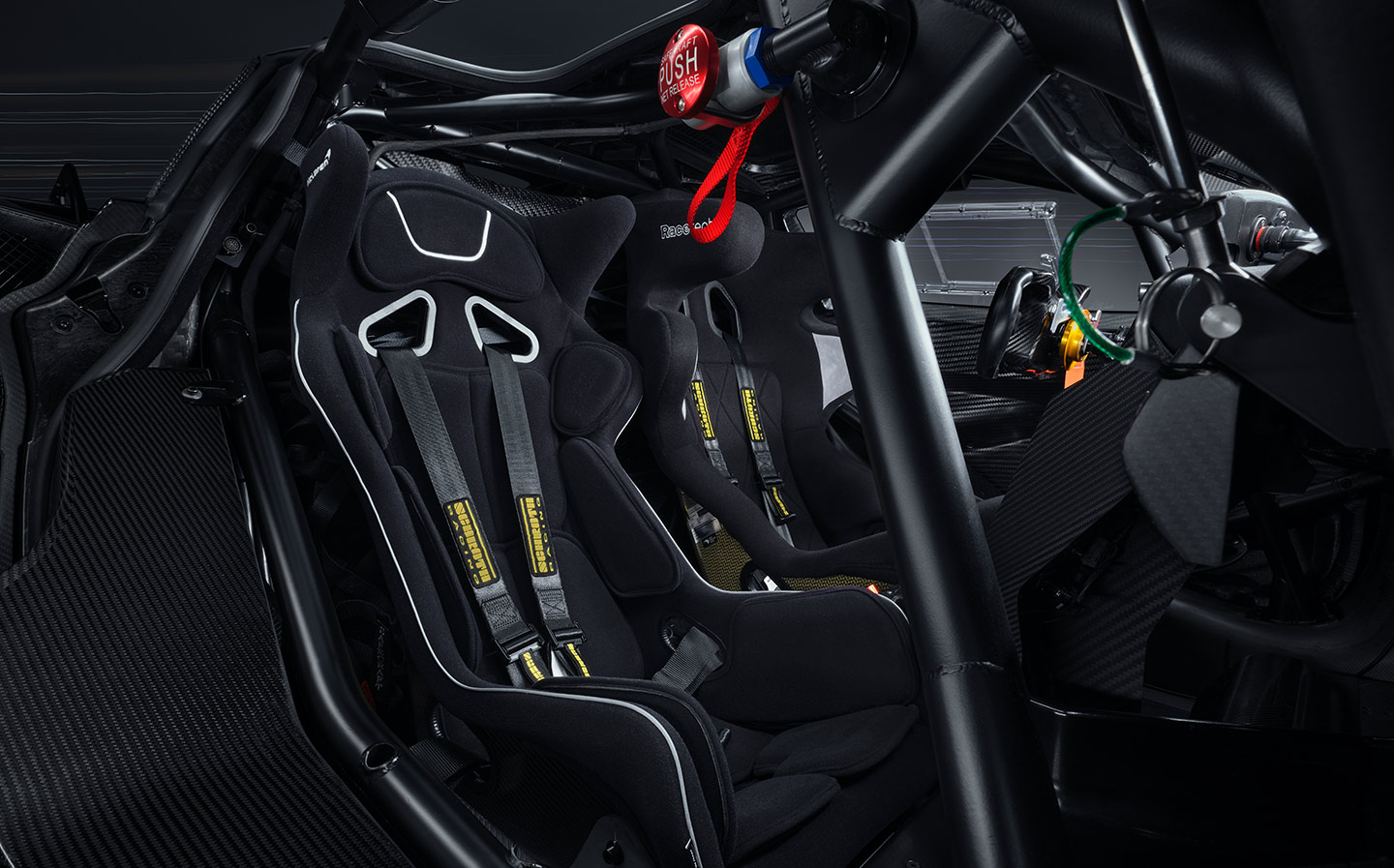 The seats, which are FIA approved, are constructed from carbon fibre and Kevlar, and come with six-point race harnesses. McLaren has revised the design of the roll cage to improve safety.

Ian Morgan, director of McLaren Customer Racing, said: “Due to GT3 balance of performance requirements, the 720S GT3 car has to run with a considerably reduced power output than the road-going 720S Spider and Coupé variants.

“The brief for the GT3X project was to unleash the full potential of the 720S GT3 car using a massively increased power output to fully exploit the aerodynamics and chassis dynamics of the car.”