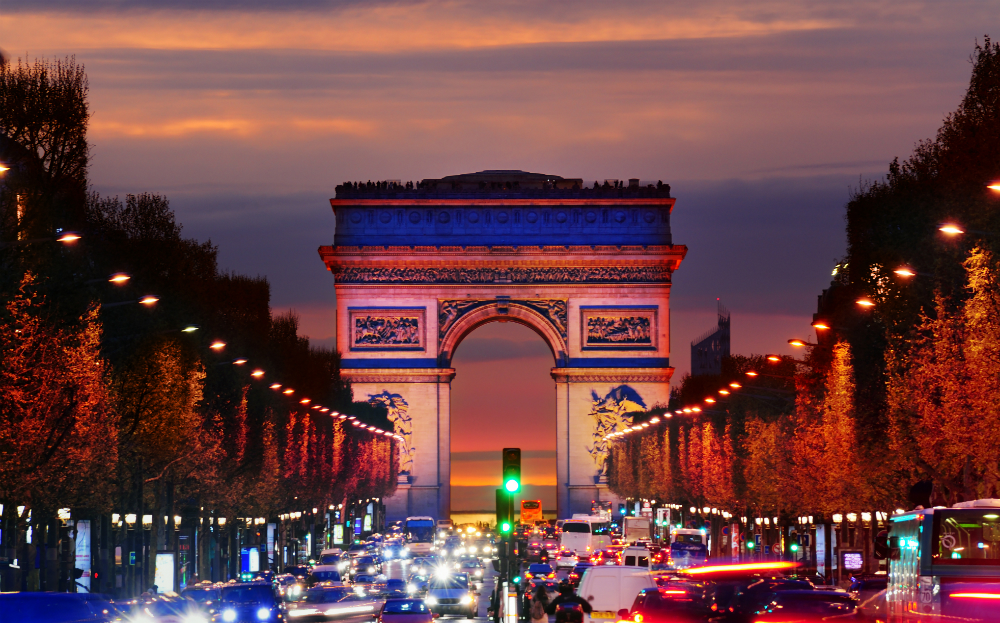 AS THE summer holiday looms on the horizon like distant blue skies, nearly 1m British holidaymakers are preparing to dust off their passports, pack their suitcases and slap on some sun cream before driving into France for a well-earned break.

British cars are going to be a more common sight than usual on French roads this year, as motor sport fans descend on Le Mans for the annual 24-hour race and hundreds of thousands of football fans head to Euro 2016 — many without actually holding match tickets. Most will make for Calais and then take the A16 southwards to Boulogne and Paris or the A26 southeast towards Lens and Reims.

Before setting off in search of summer fun, drivers should take a moment to check that they are prepared for their journey. The Institute of Advanced Motorists advises drivers to check their car is fit for the journey, plan their route in detail, including fuel stops, and make sure they are carrying all necessary safety equipment and breathalysers.

If you don’t know France’s laws of the road, read on to make sure you have a smooth and safe journey.

You must be at least 18 years old to drive a temporarily imported car in France, and must hold a minimum of third-party insurance cover. Drivers need to carry a valid driving licence, proof of insurance, proof of identification (such as a passport) and proof of ownership — that is, the V5C vehicle registration document, sometimes known as the logbook even though it is one sheet of paper.

It’s French law for all drivers — regardless of where they’re from — to have the following safety equipment on board:

— Reflective jackets, stored within reach, one for each occupant
— Headlamp beam deflectors, if the headlamps cannot be adjusted via the car’s on-board computer
— GB sticker or numberplates with a GB logo
— Reflective warning triangle
— Breathalyser, although the fine for not carrying one has been postponed indefinitely.

Stay on the right side of the law

If you’ve never driven in France or abroad, the first thing to remember is that you drive on the right-hand side of the road.

This makes any overtaking manoeuvre, or lane change on a dual carriageway or autoroute (motorway), more difficult. Ensure that you have angled your wing mirrors for the best possible view of cars approaching from behind.

On single carriageway roads, leave a large distance between you and the car in front, to give the best possible visibility if you need to overtake a slow-moving Citroën 2CV or a French farmer in a van with chickens in the back. If you have a passenger in the front seat, ask for their help to plan your manoeuvre.

Bluetooth earpieces and headphone sets are popular with British drivers who want to make hands-free phone calls, but they’re banned for use in driving in France.

Another strict no-no that will land drivers in hot water with the gendarmes is the use of mobile speed trap detectors and sat nav systems that alerts drivers to the location of fixed speed cameras. The punishment is a fine of up to €1,500 (nearly £1,200) and confiscation of the device — or even the car.

It’s best to drink no alcohol before driving, as the blood alcohol limit for drivers in France is lower than in the UK. Those who have passed their driving test within the previous three years may have only 0.2g a litre when tested. For more experienced drivers in France the limit is 0.5g — whereas in Britain it is 0.8g. 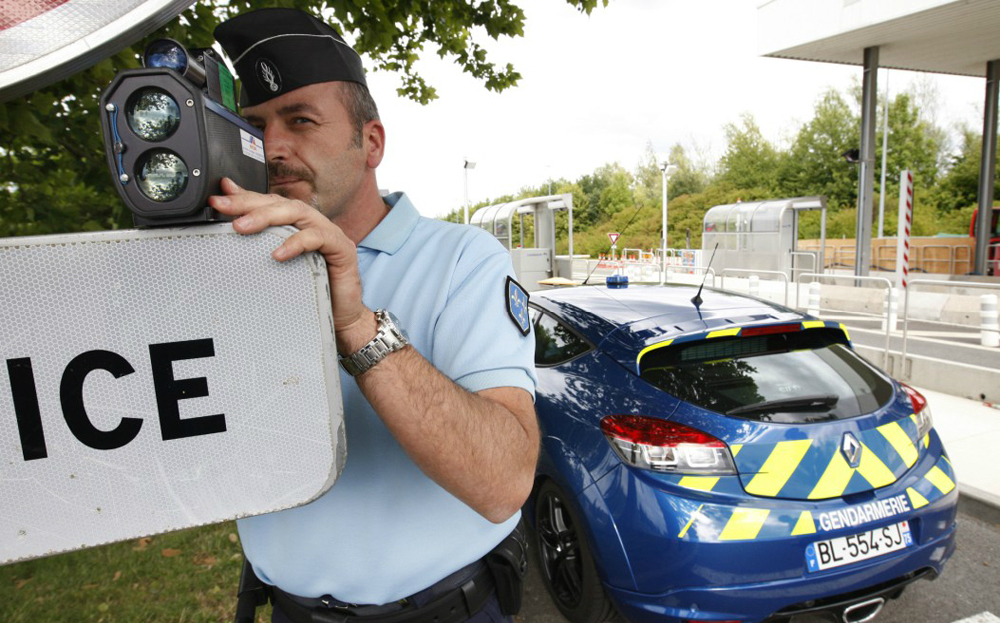 France has different speed limits from Britain, and gendarmes enforce them rigorously — as Jeremy Clarkson found out the hard way when he worked for a TV show called Top Gear.

Caught travelling at 141kph, he and Richard Hammond were pulled over at a toll booth and shown no mercy: “It turned out that the stretch of motorway we had been using was subject to a 90kph speed limit. You would be well advised to pay attention to what happened next. Because the on-the-spot fine was everything we had in our wallets. We were left penniless. And then they took away our driving licences. No court case. No arguing. Nothing.”

That same summer,we joined French traffic police as they set out to demonstrate that they would not tolerate foreign drivers speeding their way through France’s autoroute network.

So brush up on the French speed limits, and stick to them unless you’ve money to burn.

“From behind the wheel of a Veyron, France is the size of a small coconut. I cannot tell you how fast I crossed it the other day. Because you simply wouldn’t believe me”

Many stretches of autoroute are péage toll roads. They are typically well maintained and free-flowing and the quickest way to drive across France. But for British drivers, sitting in the “wrong” side of the car, collecting a ticket at the first booth and then paying at the booth before leaving the péage (cards are accepted at the machines) feels like a gymnastic workout that can bring out beaucoup de effing and blinding (pardon our French).

The solution is to register for a Liber-t tag. This digital transponder is provided by Sanef, the operator of France’s péage network. British drivers pay a maximum of €16 a year to have the tag, and it means you can drive through tolls without stopping, with your bank account debited automatically.

Before you go driving abroad, it’s a good idea to check whether you have breakdown cover, be it from the car manufacturer, your insurer or even your bank.

If you aren’t covered but don’t fancy being hit with a big bill for a recovery lorry, it’s a good idea to take out a European policy with, say, the AA, Green Flag or the RAC. It costs from as little as £8 for a single trip, and about £100 for annual cover.

If you do break down, pull off the road as safely as you can, switch on your hazard warning lights, put on a hi-vis vest and use extreme caution when getting out of your vehicle.

You must position your reflective warning triangle further down the road to warn oncoming traffic. If you don’t have breakdown cover, on the motorway network there are phones marked “SOS” that put you in touch with the emergency services. They will charge you a minimum of €119.75. For a list of repair and recovery costs that will be incurred if you are travelling without breakdown cover, see this table from autoroutes.fr, the association of French motorway companies.

France has 11 numbers for emergencies — yes, 11. Brits abroad can stick to dialling 112, which is a Europe-wide emergency number and, best of all, is free to call.