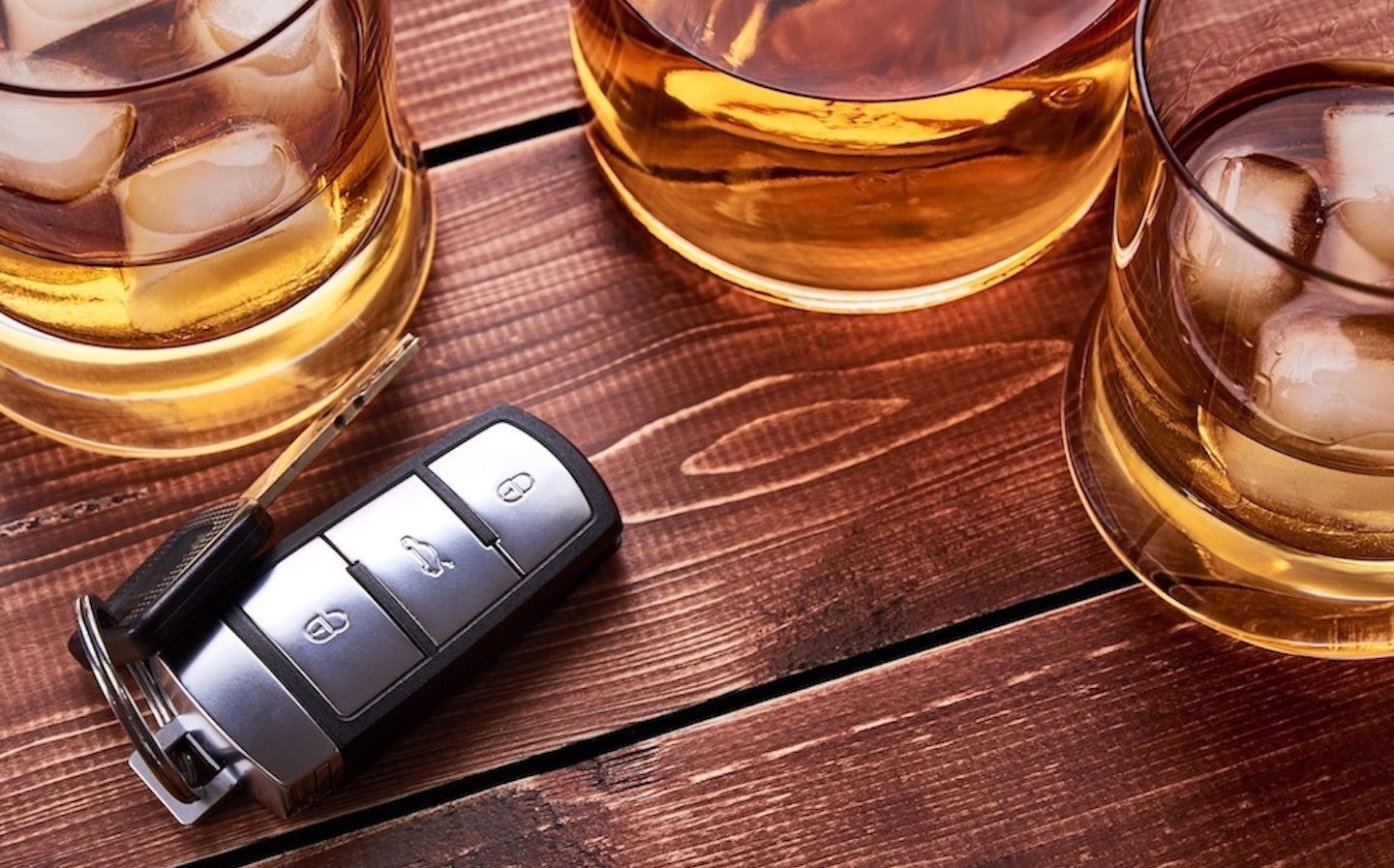 DRINKING alcohol and getting behind the wheel is never a good idea. Aside from the safety aspect, being caught over the legal limit can result in a driving ban, massively increased insurance premiums, a potentially unlimited fine and, in the event of a deadly accident, a lengthy prison sentence.

The effect of alcohol on the body can impair judgement and reaction times to the point where a driver is much more likely to be involved in a serious accident with potentially catastrophic consequences. Consider the hundreds of deaths and thousands of injuries caused every year in the UK by drink driving. In short, drink driving ruins lives and devastates families.

While, legally speaking, there is a certain quantity of alcohol a driver can consume before getting behind the wheel, everyone’s body processes alcohol differently, so what might be technically fine for one person may not be for someone else. By far the best and safest practice is this: when you have to drive, just don’t drink.

However, it’s still useful to know what the drink drive limits are in the UK, just in case. For instance, if you need to drive in the morning after a night of drinking, how do you know if you’re within the legal limit?

And did you know that different countries within the UK are able to set their own alcohol limits for drivers? Scotland is currently stricter than the rest of the UK. Here we tell you all you need to know.

How does alcohol affect your driving?

This might seem like a silly question but it’s worth pointing out what alcohol does to the human body.

Effects include: an increased delay between signals entering the eye and the messages reaching the brain; reduced ability to process that information; slower muscle response due to delayed signals from the brain; and less ability to repress potentially harmful behaviour.

The results include slower reaction times, blurred or double vision and increased risk-taking, all of which is extremely unhelpful when in charge of a vehicle, and can be dangerous to you and other road users. In 2019, the latest year for which government statistics are available, there were an estimated 7,860 casualties related to drink driving in Great Britain, with 280 deaths — up from 240 the year before.

How many units can you drink before driving?

A unit of alcohol is 10 millilitres (or 8 grammes) of pure alcohol, and the number of units in an alcoholic drink will be shown on the side of the receptacle that it came in. However, there is no set number of units that you can drink before you are over the drink drive limit because this is measured differently, and there are several variable factors to consider, too.

The drink drive limits in the UK change depending on which part of the country you are in, and they are measured as a percentage of alcohol in your blood, breath or urine, although it’s blood alcohol content (BAC) that we will focus on here.

If you’re in England, Northern Ireland or Wales, then the legal limit is 80 milligrams of alcohol per 100 millilitres of blood (or 0.08% BAC). In Scotland (see below), the limit is lower.

If you plan to drive while on holiday, be aware of the local drink driving laws. Many European countries have stricter limits than England, Wales and Northern Ireland.

Is the drink driving limit different in Scotland?

Yes. Scotland introduced a lower 50 milligrams of alcohol per 100 millilitres of blood limit in 2014. It’s definitely something to bear in mind if you’re planning on heading north of the border.

This reduction brought Scotland into line with most of the rest of Europe, where limits generally range from zero to 0.05%, while some countries set lower limits for newly qualified drivers and professionals.

How many pints can you drink before driving?

There is no simple equivalency between your BAC and the units of alcohol that you drink because each person is different. Your BAC will vary depending on your metabolism, whether you’ve eaten food, your age, gender and weight, the type of alcohol you’re drinking, and even your stress levels when you are drinking or driving.

How long after drinking can you drive?

Again, this will depend on a person’s gender, metabolism and weight, and the type of drinks they are consuming. But as a rough guide, drinkaware.co.uk says on average the human body breaks down one unit of alcohol in about an hour, so one pint of beer with a 4% alcohol content, equal to 2.3 units, takes more than two hours to leave your system.

Imagine you’re at a party, and over an evening you drink five glasses of wine. If the alcohol content is rated at 13%, it might take more than 11 hours to fully leave your system. That’s why campaigners warn about the dangers of driving the morning after a party.

What happens if you get caught drink driving?

According to the gov.uk website, a police officer can pull you over at any time and ask you to take a breath test if:

The test involves you blowing into a breathalyser that can analyse your breath at the roadside. Don’t refuse to take a breath test or try to ‘cheat’ the device by failing to blow because you can be arrested on the spot.

If you test positive at the roadside, you will be taken to a police station and asked to provide two more breath tests on a more accurate piece of equipment. If the lower reading on this breathalyser is still positive, then you will be charged.

Is drink driving a criminal offence?

Yes. If you’re caught drink driving, you will be charged with the offence of being drunk in charge of a motor vehicle, which carries the conviction code DR10. This all-encompassing charge relates to any motorised vehicle, whether it’s a car, truck, bus, motorcycle or even an e-scooter.

What’s more, you don’t have to be driving a vehicle to be charged with the offence – you can also be charged if there is intention in your actions, such as possessing the keys of a vehicle, or having any way of starting a machine before driving.

Passengers can also be prosecuted if the police can prove that they were also drink driving at some point.

How many points do you get for drink driving?

There are no set penalty points awarded for drink driving, but this is just the tip of the iceberg when it comes to the penalties for drink drivers. If you’re charged with being drunk in charge of a motor vehicle, you will face a court appearance before a magistrate. There are varying degrees of punishment that can be awarded at the discretion of the magistrate.

If you’re drunk in charge of a vehicle, a driving ban and a fine of up to £2,500 are possible. Driving while above the limit (which is different from being drunk in charge of a vehicle) can get you an unlimited fine and a one-year driving ban (that grows to three years if you’re convicted twice in 10 years). Refusing to provide a specimen is just as bad because the same penalties apply.

Causing death by careless driving while under the influence of drink results in an unlimited fine and a driving ban of at least two years, although some campaigners believe this isn’t a strict enough sentence. Sometimes the courts can offer a drink drive rehabilitation scheme course if you’re banned from driving for 12 months or more.

Can you go to prison for drink driving?

Yes. As well as the above penalties, all of these offences carry the prospect of jail sentences. Being drunk in charge of a vehicle could see you imprisoned for three months, while driving while drunk or refusing to provide a breath test can land you in jail for up to six months.

Causing death while driving under the influence could result in 14 years’ imprisonment, but again, some campaigners want these sentences to be even stronger.

How long does drink driving stay on your criminal record?

While most motoring offences stay on your criminal record for five years, drink driving offences will vary depending on the seriousness of the offence. If you have a DR10 endorsement on your license, this remains in place for 11 years.

How much is car insurance after drink driving ban?

If you are convicted of drink driving and have a DR10 endorsement on your driving licence, then you can expect your insurance premiums to at least double — and will likely be higher still for more serious offences.

Don’t try and avoid declaring a conviction to your insurer, though — if you need to make a claim and your insurance provider finds out that you have an undeclared conviction, it will invalidate your insurance.

When did drink driving become illegal in the UK?

It became an offence to be drunk in charge of any mechanical vehicle in 1925, while a specific driving offence was introduced in 1930, amended in 1960 and 1962. But it wasn’t until 1967 that the limit of 80 milligrams of alcohol per 100 millilitres of blood was introduced.

Further legislation has since been introduced to clamp down on repeat offenders and those that cause death when driving under the influence of alcohol.