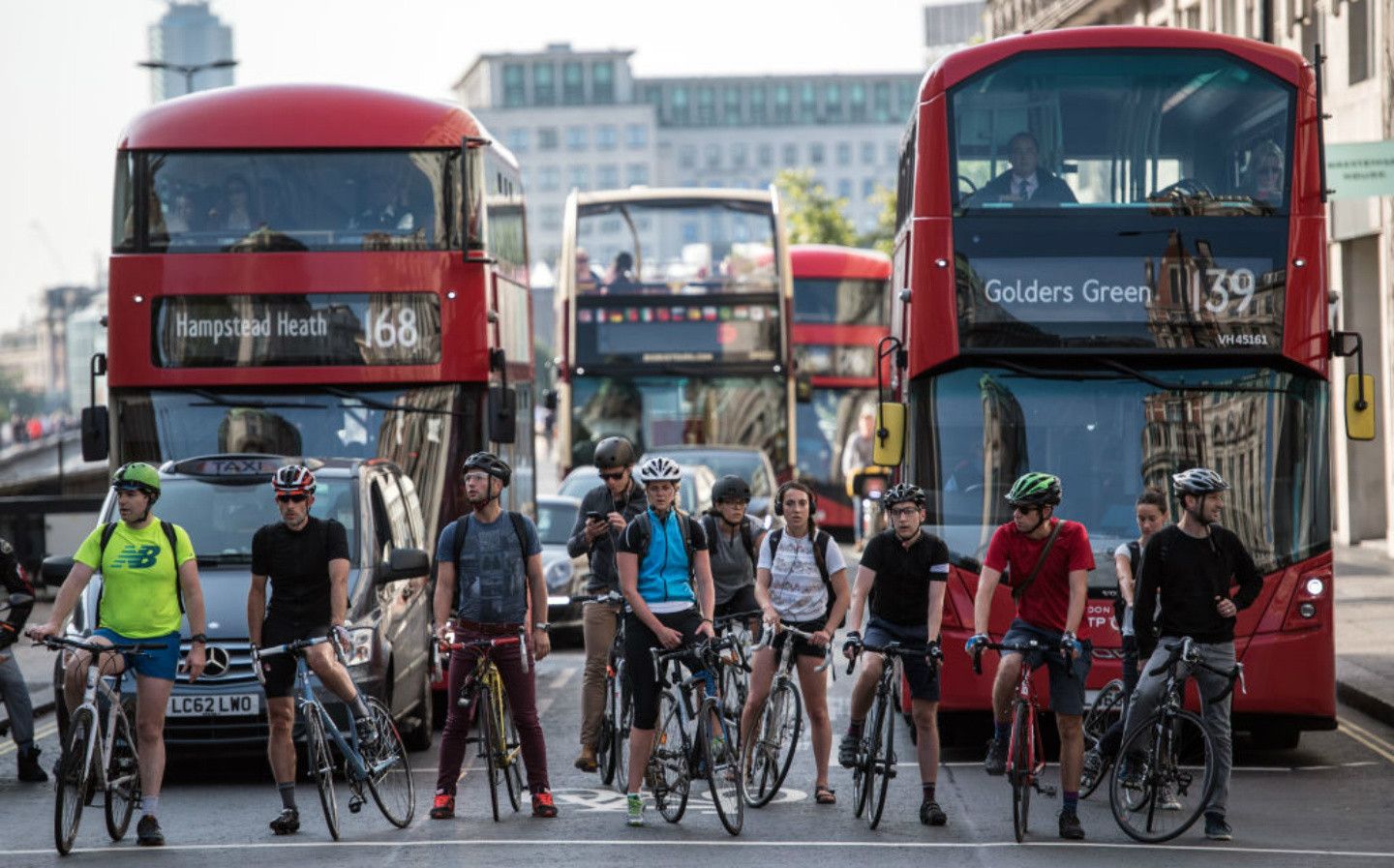 ADVANCED STOP LINES, commonly known as “bike boxes” were first introduced to the UK back in 1986 and since then they’ve become part of the fabric of urban driving and cycling.

Despite this, the rules surrounding who can use advanced stop lines and when are still confusing for many motorists, particularly as the Highway Code says that it is sometimes acceptable for motorists to stop in one.

Let’s take a look at the rules around bike boxes.

What is an advanced stop line?

Advanced Stop Lines (ASLs) are meant to provide protection at traffic lights for both cyclists and motorists, ensuring that a safe, visible area is reserved for those using pedal power.

How are advanced stop lines used?

When approaching a red traffic light, cyclists should carefully pass any queue of traffic before stopping in the bike box. It is advisable for those cyclists turning left or right to position themselves appropriately to avoid confusion among other road users when the light turns green. Cyclists can sometimes be caught in a feeder lane at a junction if a bike box is full and so should be alert for traffic turning left when the light goes green.

Motorists must allow cyclists the space to get away first when the light turns. HGV drivers should also take particular care as cyclists directly in front may be in a blind spot.

What is the purpose of an advanced stop line?

ASLs are designed to position cyclists at the head of any traffic queue, allowing them to get away from the junction faster. The main benefit of this is that, in theory, it doesn’t leave cyclists, particularly those in motorists’ blind spots, vulnerable to vehicles turning left or right, thus reducing the risk of a collision. 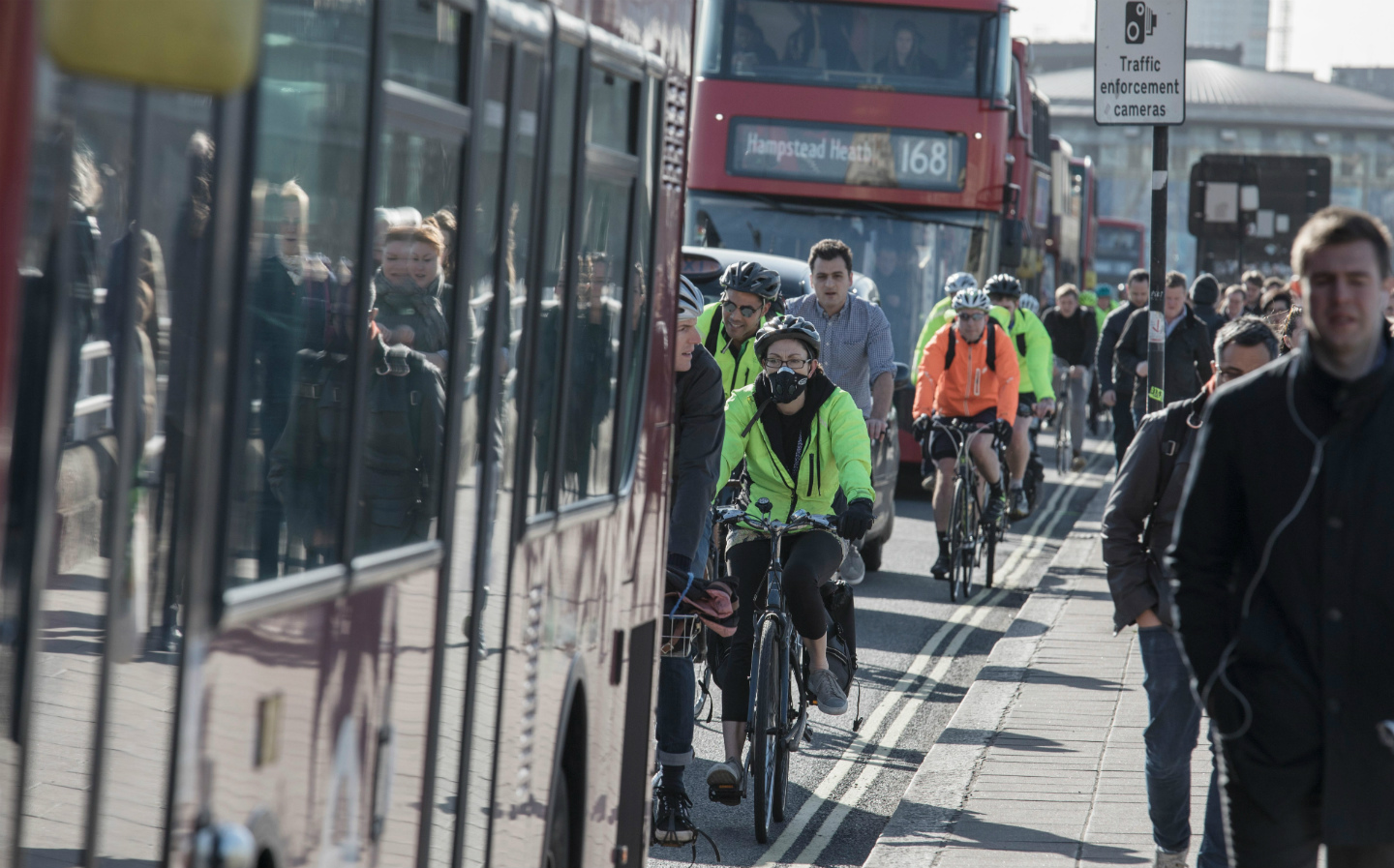 Is it illegal to enter an advanced stop line?

It is an offence for a motorist to pass an advanced stop line when a traffic light is red. The Highway Code states that “Motorists, including motorcyclists, MUST stop at the first white line reached if the lights are amber or red and should avoid blocking the way or encroaching on the marked area at other times, e.g. if the junction ahead is blocked.”

The Highway Code also says that: “If your vehicle has proceeded over the first white line at the time that the signal goes red, you MUST stop at the second white line, even if your vehicle is in the marked area.”

For that reason, police officers are unlikely to penalise drivers and motorbike riders unless they see them wilfully stopping in the cycle zone on a red light when it was safe to stop at the first white line. The DfT adds that the police have some discretion over which bit of the Road Traffic Act to use, but most likely any penalty will fall under “Failure to comply with a traffic sign or road marking”.

Can I be fined for entering an advanced stop line?

Motorists can be fined if they are caught passing an advanced stop line when the traffic lights are amber or red. The Department for Transport says the penalty incurs a £100 fine and three points on a driving licence, with a maximum £1,000 fine if it goes to court.

Can motorcycles use advanced stop lines?

No. Motorcyclists, including those on mopeds, must stay out of bike boxes. They can be used by electric scooters, though not those of the petrol-powered variety.

Who benefits from advanced stop lines?

Cyclists and motorists. In putting cyclists ahead of other traffic at a junction, it reduces the risk of collision with a motor vehicle as the cyclists are more clearly visible. Reducing the risk of traffic collisions is obviously beneficial to both cyclists and drivers. Infrastructure such as advanced stop lines make cycling a faster, safer and thus more attractive option that can potentially reduce the number of cars on the road, which is an advantage for both the environment and those unavoidably stuck in traffic jams.