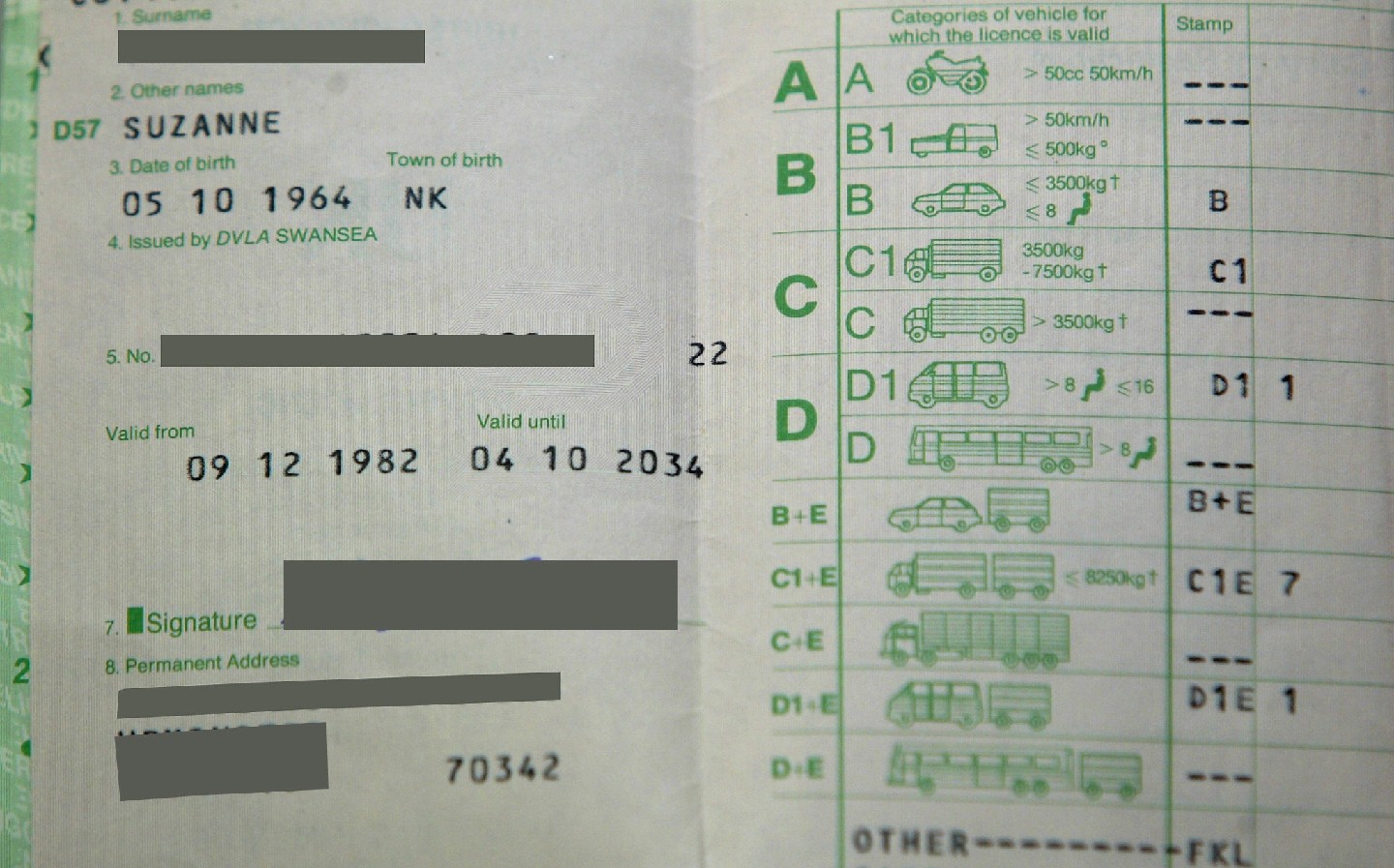 DESPITE the fact that old-style driving licences were replaced by plastic cards more than 23 years ago (that made us feel old, too), some people are still unsure whether or not their paper version is legal.

That’s because the rules are different depending on your age, when your licence was issued, whether or not you’ve moved house and a number of other variables.

To clear up your confusion, carry on reading.

Do I need to exchange my paper driving licence for a photocard?

In 2015, the Driver and Vehicle Licensing Agency (DVLA) scrapped the paper counterpart for anyone who had been issued with a driving licence after 1998.

If you’ve been issued with a paper licence at any point over the last 23 years, you should also have a photocard, and you can discard your paper counterpart without worry. All data that would have been recorded on the paper section is now held online.

However, if you were issued with a paper licence before March 2000, it may still be valid provided that all the information on it is still correct. Moving house or changing your name since receiving your licence, and not updating it, will make it invalid. You could be fined £1,000 if the police catch you using an invalid licence for any reason.

According to a 2016 study cited by the BBC, 90% of British women change their name after marriage; if doing so, the driving licence must be updated to remain valid. However, the DLVA confirmed to Driving.co.uk that should a female driver choose to keep their maiden name on official documents after marriage, they will not need to inform the DVLA — the existing licence remains valid.

In 1998, the Driver and Vehicle Licensing Agency (DVLA) replaced the old-style paper licence with a plastic photocard and paper counterpart, the latter of which was used for tallying up the number of licence points you had.

However, in 2015 the paper counterpart was replaced by an online service, and paper counterparts ceased to be issued entirely, partially due to the number of people who kept losing them. Around 445,000 people misplaced theirs in 2014, having to pay £20 each time to replace it — a total cost of nearly £9m.

Some paper licences are still valid as of the date of publication, December 2021, but not all of them.

On the day before your birthday, you will need to renew your licence, and you will be issued a photocard free of charge. All driving licences must be plastic by 2033.

If you need to replace your licence before then because it has been defaced, lost or stolen, or because you need to change the photo, address of name, you can do so through a service on the government website.

Swapping costs £20, and the government says that it may take over three weeks for you to receive your plastic licence due to disruption caused by the coronavirus pandemic.

Provided you’re medically and legally cleared to drive and your application isn’t more than a year old, you’re allowed to drive while you are swapping out your paper licence for a photo card.