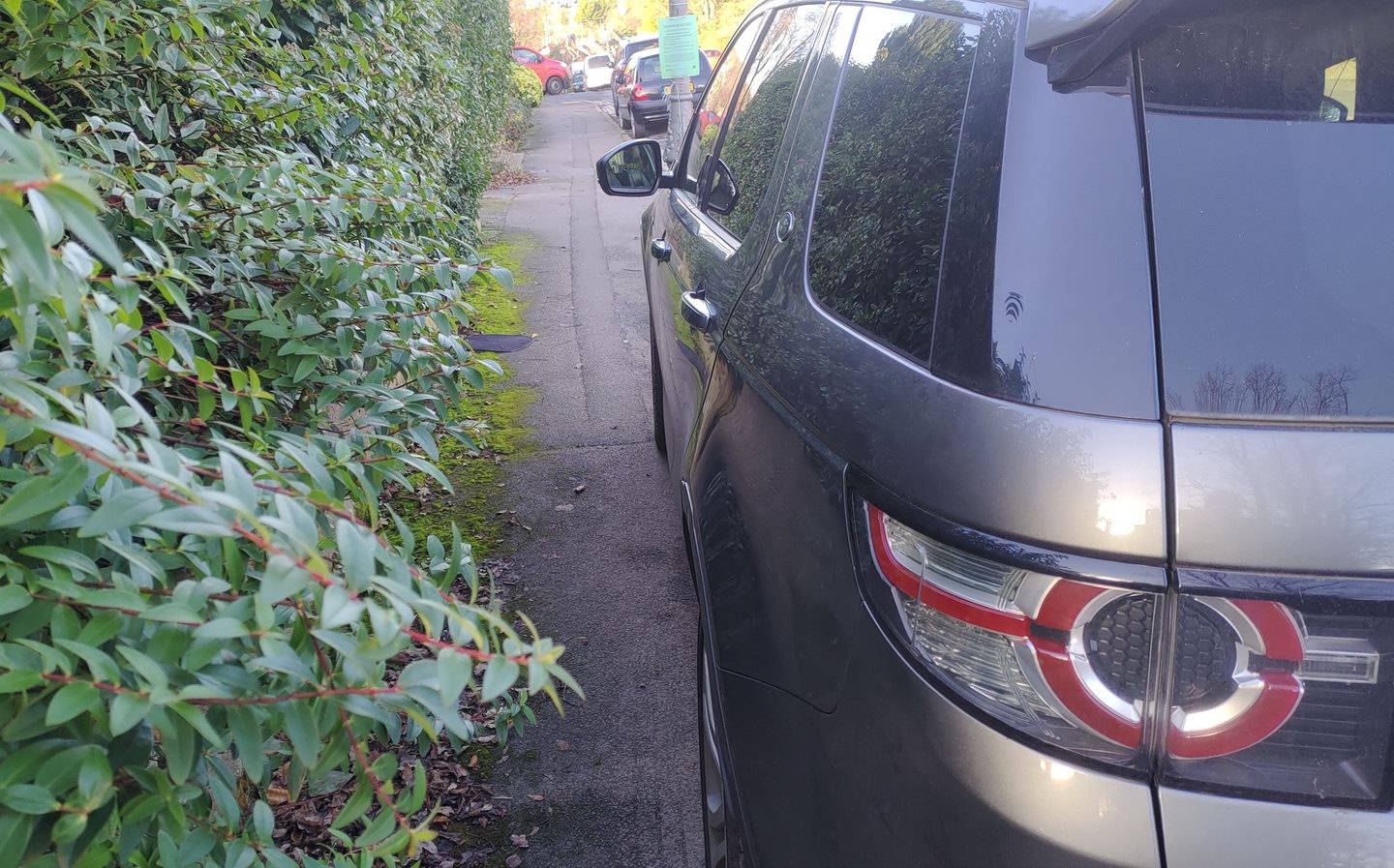 WHILE owning and driving a car is a great, there’s no avoiding the fact that for most of the time, it’s parked. According to the RAC Foundation, only 65% of Britain’s 27.6 million households have – or could have – enough off-street parking to accommodate at least one car or van, which means around nine million households must park on the street. When doing so it’s often tempting (or seemingly necessary, on a narrow street) to park on the pavement, but is that against the law?

Here we cover the ins and outs of pavement parking, what’s legal and what isn’t, and legislation that the government is working on to change the law on pavement parking.

Is parking on the pavement illegal?

Unless you live in London, there is currently no explicit law that bans it, and different civil and criminal laws cover pavement parking in different parts of the country.

Depending on the width of the pavement, it can be considered rather antisocial behaviour. It can cause inconvenience or even danger to pedestrians, especially parents with pushchairs, the blind or wheelchair users, sometimes forcing them to move into the road to get past. The police can charge you with ‘unnecessary obstruction of the highway’ because this offence covers all parts of the street.

If you park in Greater London, then there is a specific rule in the Highway Code that states “You MUST NOT park partially or wholly on the pavement in London”. Any Highway Code rule that uses the terms MUST or MUST NOT is a law, rather than guidance.

The exception is where a traffic regulation order (TRO) has been established, which can set rules about parking times and restrictions, with clearly painted bays that straddle the road and pavement.

There are more plans on the way that will likely ban pavement parking outside of London in the future.

When will the pavement parking ban be expanded?

There is no time frame at the moment for expanding the rule against pavement parking outside London but the Department for Transport ran a consultation on the issue that closed at the end of 2020. It offered three options to tackle anti-social parking: make it easier for local authorities to apply for a TRO; give them the power to enforce restrictions; or introduce a nationwide ban on pavement parking.

Is it illegal to park on the pavement in Scotland?

The Scottish Parliament passed legislation to ban pavement parking in October 2019. However, it has yet to implement the ban, so at the moment the rules are the same as they are for the rest of the UK.

Do I have the right to park on the pavement outside my house?

If you are disabled, you can apply to your local authority to have a parking bay painted on the road outside your house.

Can you be fined for parking on a pavement?

It depends on local enforcement but the police or traffic wardens can issue you with a penalty charge notice for causing an obstruction of the pavement.

How are cars prevented from parking on pavements?

Local authorities use different types of street furniture to prevent pavement parking. Yellow lines and red routes will enforce time frames, while bollards, railings and high kerbs are physical measures that can deter pavement parkers. However, local authorities need to strike a balance between preventative measures and adding too much street furniture that makes it difficult for pedestrians — especially vulnerable groups — to use the pavement.

How can I report parking on a pavement?

Your local authority will be responsible for issues regarding vehicles parked on pavements. The website fixmystreet.com allows users to report general issues, including poor parking and any damage that might be caused by cars being parked in areas where they shouldn’t be.