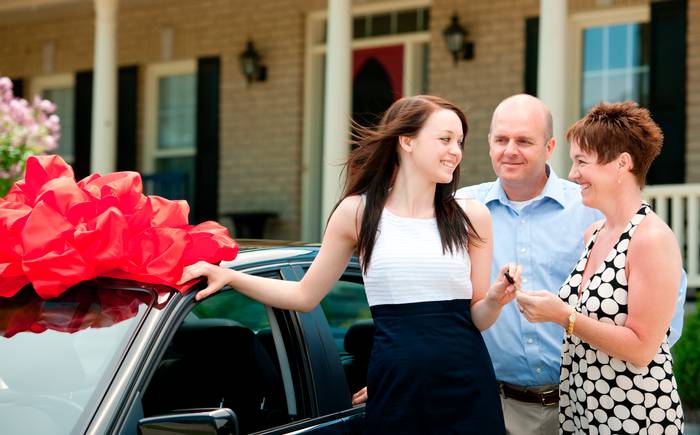 IF YOUNG drivers thought passing the driving test was tough, buying their first car and getting it insured is another challenge altogether.

Unfortunately, for a lot of young drivers and their parents, the realisation that the insurance premium can be so expensive comes after they’ve bought the car. Meanwhile, those who have the foresight to realise that the car and the insurance premium are likely to break the bank, may have chosen a car that is cheap and cheerful with next to nothing in the way of advanced crash protection and basic safety aids.

In a bid to help, Driving offers parents some tips for buying insurance for young drivers, followed by the top five first cars for different budgets, complete with their Euro NCAP crash test safety rating and insurance group.

Don’t “front” your child’s car insurance by proposing yourself as the main driver and them as the named driver. It’s illegal to make a false insurance declaration, you risk voiding their cover and it only delays the time when they can start earning their own no-claims bonus.

2 Go for a low insurance group

Reduce the premium by paying a larger voluntary excess. This is the amount the insured driver stumps up before the insurer pays out. An online premium calculator will show you how varying the excess changes the premium.

Obvious really but do shop around. The average premium for young drivers is £1,858 but this disguises a vast range of quotes. Insurers target specific markets, such as young drivers, by offering competitive premiums, while others discourage the same business by pricing themselves out of the market.

Consider taking out a multi-car policy to reduce premiums for all cars in the household. Individual claims have no impact on other premiums.

6 Don’t inflate the value of the car

Don’t inflate the value of the car. It will increase your premium but insurers pay out only the market value of the car at the time it is written off and not what you paid for it or what you think it is worth.

Consider having a telematics ‘black box’ device such as Admiral LittleBox fitted that monitors driver behaviour and rewards good driving.

Having established what the car will cost to insure, negotiate a suitable discount on the car’s price.

Expensive? Do you realise how much you’ve spent raising your child? Euro NCAP named the Clio the safest supermini of 2012 for its adult and child occupant, passenger protection, and its safety assist systems. On this last point, the Clio comes equipped with anti-lock brakes, emergency brake assist, electronic stability control and front curtain airbags. We’re not saying they’ll need them but…

Youngsters are image-conscious so you may have a fight on your hands persuading your offspring to accept a Skoda but first, remind them who’s contributing to this grand enterprise and second, be sure they have a test drive. They’ll be smitten by the little car’s get-up-and-go spirit and perhaps even quietly impressed by its standard-issue anti-lock brakes, plethora of airbags and daytime running lights. Still struggling? It has a CD player, too, with MP3.

Hands up: it’s a Euro NCAP four-star car but its big-car quality and mature manners are compensation enough. The Polo is a tough little car, easily able to suffer the slings and arrows of outrageous driving, and in any case, this one comes with anti-lock brakes, a big safety tick in anyone’s book.

A still-current shape, a spacious cabin and five stars in the crash test. It gets better: there are thousands to choose from so you’re sure to find a price that suits your budget and a colour that suits your young driver. Like all of the featured cars, they shouldn’t expect too much in the way of creature comforts but as you will need to remind them, that’s not really the point.

Why wait until they’re 17 when they can start developing their road sense from the age of 16 with this? It’s a quadricycle, defined as a four-wheeled passenger vehicle weighing no more than 350kg and with a top speed of 28mph. The French made Coupé S can be driven on a full moped licence (it costs around £450 for lessons and the two tests to acquire) and is powered by a 5bhp diesel motor.

The importer claims it has been crash tested by UTAC, a French vehicle research agency, but there is no EuroNCAP crash test result and quadricycles aren’t required to pass the same stringent tests as cars. The Coupé S will cost a 16-year old between £1700 to £2500 to insure; no small beer but they will at least have a, hopefully, blemish-free driving record to present when they come to insure their first car a year later.