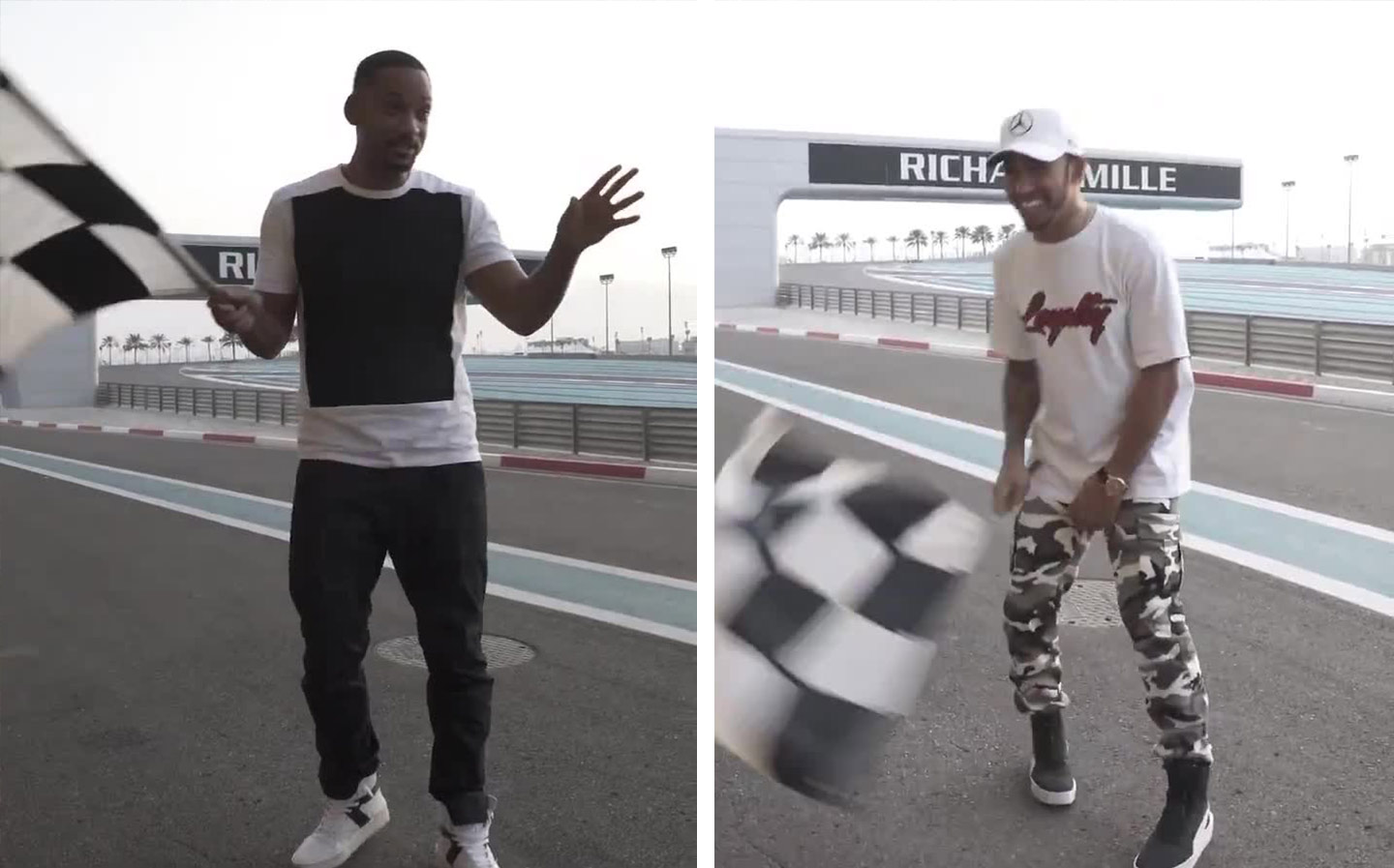 YOU CAN’T let just anyone wave a chequered flag at the end of a motor race; that’s according to actor Will Smith, who was asked to perform the role at last year’s Abu Dhabi Grand Prix.

The Men in Black and Suicide Squad star, 50, was on duty to end the race as Lewis Hamilton took victory at the GP last year.

The Mercedes driver, who had already sealed his fourth F1 World Championship, yesterday posted a video to his Twitter account showing Smith joking with him about flag-waving technique, with the actor saying that he had developed his own technique.

We got this flag waving down ??Thanks for the lesson bro ???#willsmith pic.twitter.com/LnuaMFbkVT

We’ll have to wait and see if “The Smith Technique” is adopted at all future grands prix.