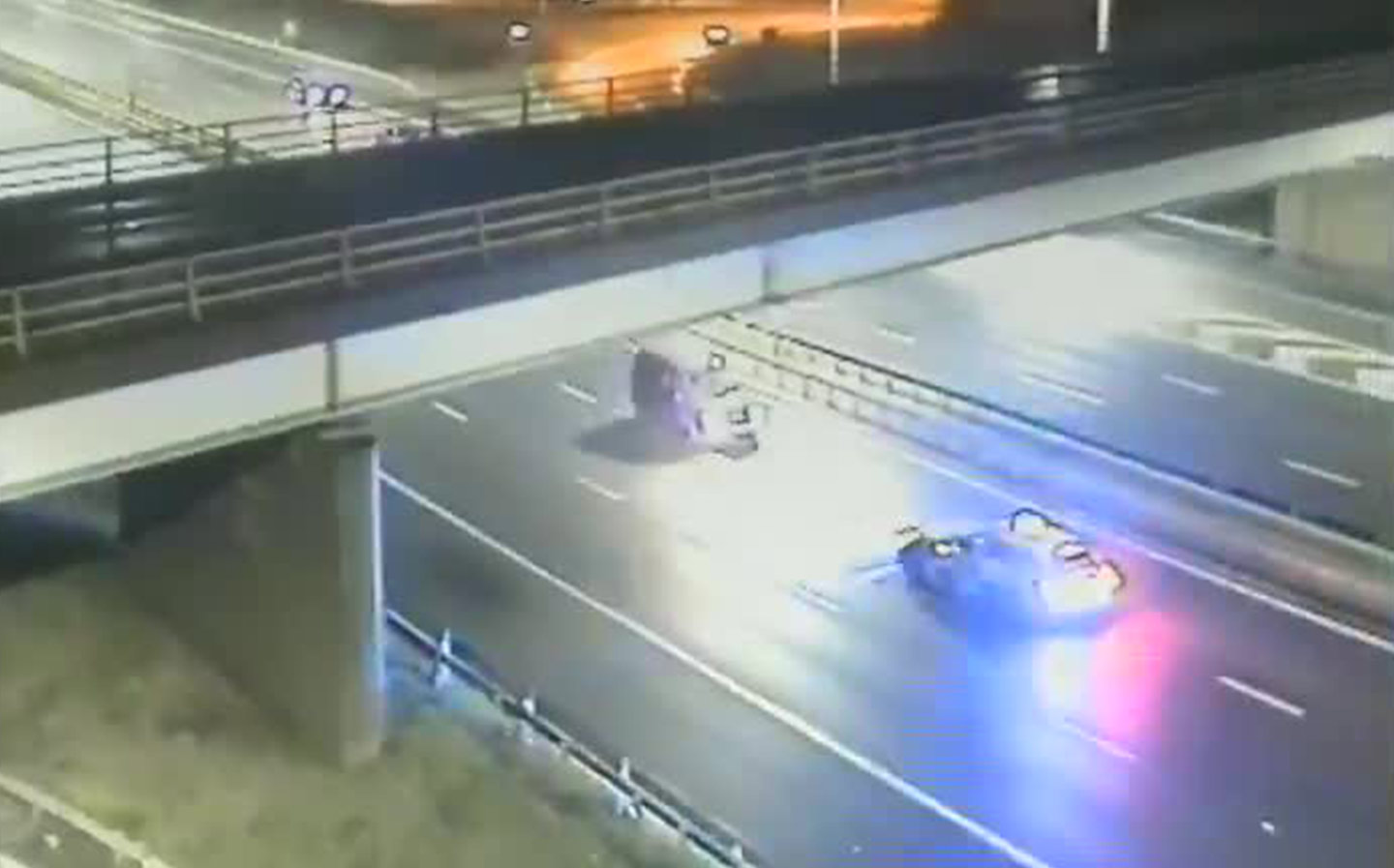 THAMES Valley Police have released CCTV footage showing how they brought a drunk driver — travelling against traffic on the wrong side of the M4 — to a halt, preventing a potentially fatal head-on crash.

The video (below) shows a lone police car slowing cars on one side of the carriageway, heading towards the rogue motorist, before swinging round to show the driver of a red van heading straight towards them.

As the van driver passes a junction, the police car speeds up and towards it, causing the van to spin out and come to a stop, just ahead of the on-coming cars. It’s unclear whether the police car made contact with the van or the drink-driver simply lost control.

The squad car then drives up to the van before the two officers jump out and pull the motorist from his vehicle. Thames Valley police said he was almost four times over the drink-drive limit.

This drunk driver drove the wrong way down the M4 near Reading on Saturday. He was arrested and found to be almost four times over the drink-drive limit.

This is another reminder of the potential destruction of drink and drug driving. #ItsNotWorthTheRisk pic.twitter.com/bjSLfrxjQW

A second part of the incident, which took place just before 11.30pm on December 15 — the height of Christmas party season — is shown from the dash cam onboard the police car and shows just how brave the officers were, as they faced a frightening head-on collision.