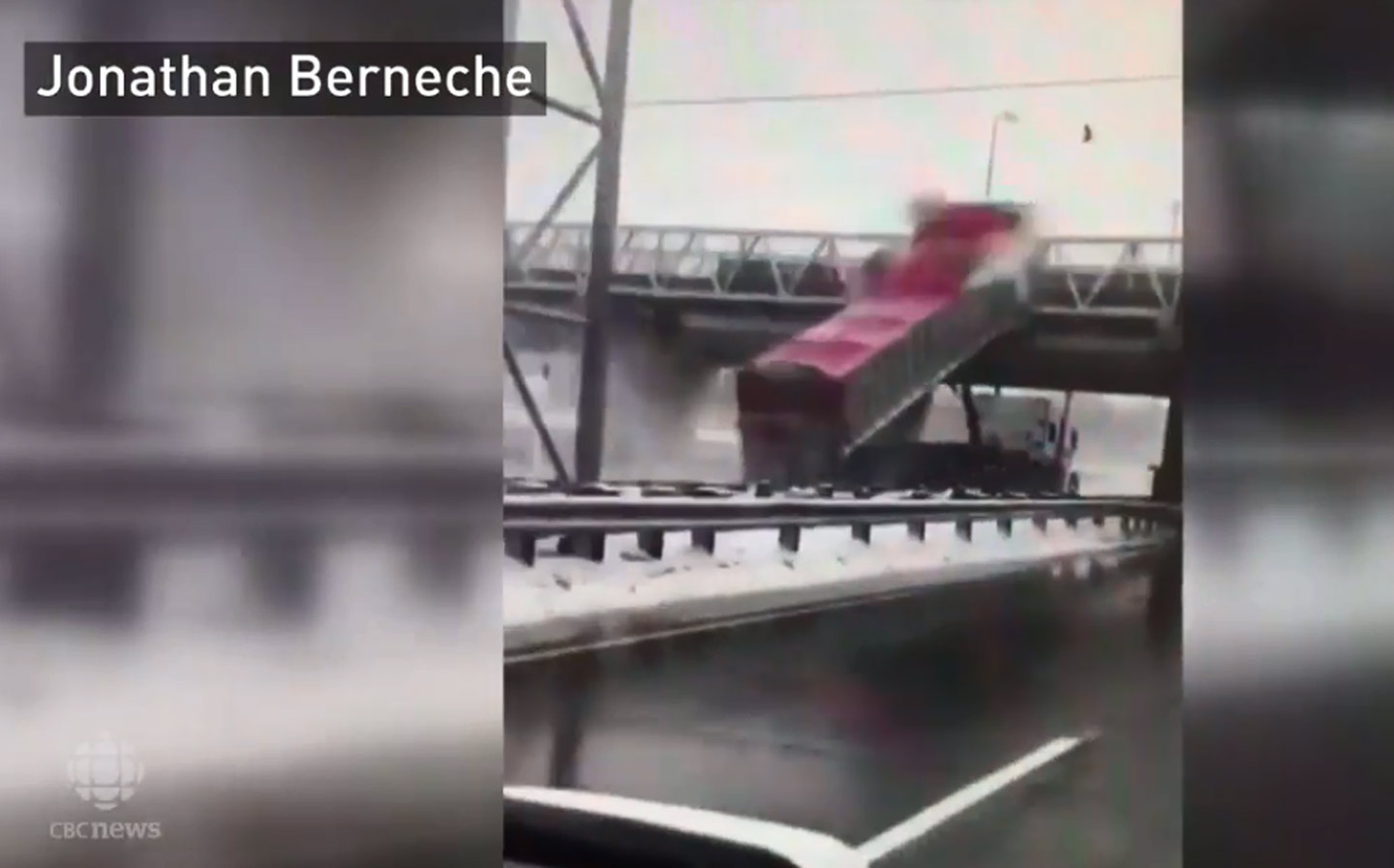 THIS IS the incredible moment a lorry trailer destroyed a pedestrian bridge in Montreal, Canada on Wednesday.

A stretch of Highway 40 in Repentigny is closed after the back of a semi-trailer truck carrying canola seed slammed into a pedestrian overpass. pic.twitter.com/Gh2cXvLGlt

A stretch of Highway 40 in Repentigny had to be closed after the back of the truck, carrying canola seed, was unwittingly left in the raised position and slammed into the overpass at full speed.

No one was injured in the collision, according to CBC News, but the road’s eastbound lanes were closed between Brien and Larochelle boulevards in Repentigny as workers cleared up the debris and dismantled the remaining sections of the bridge.

The Transportation Ministry said dismantling the walkway is a “preventative measure”.