IT’S THE sound John Owen has been longing to hear for more than 65 years: the fearsome British Racing Motors (BRM) supercharged 1.5-litre V16 F1 engine being revved in all its glory. Well, very nearly.

The son of Sir Alfred Owen, the industrialist and original owner of BRM, John Owen was 10 years old when he first heard the unique wail of that 600hp engine. Now he is bringing the engine back to life, having commissioned three continuation BRM Type 15 cars to be built — complete with brand new V16 engines — using left over chassis numbers and detailed schematics. 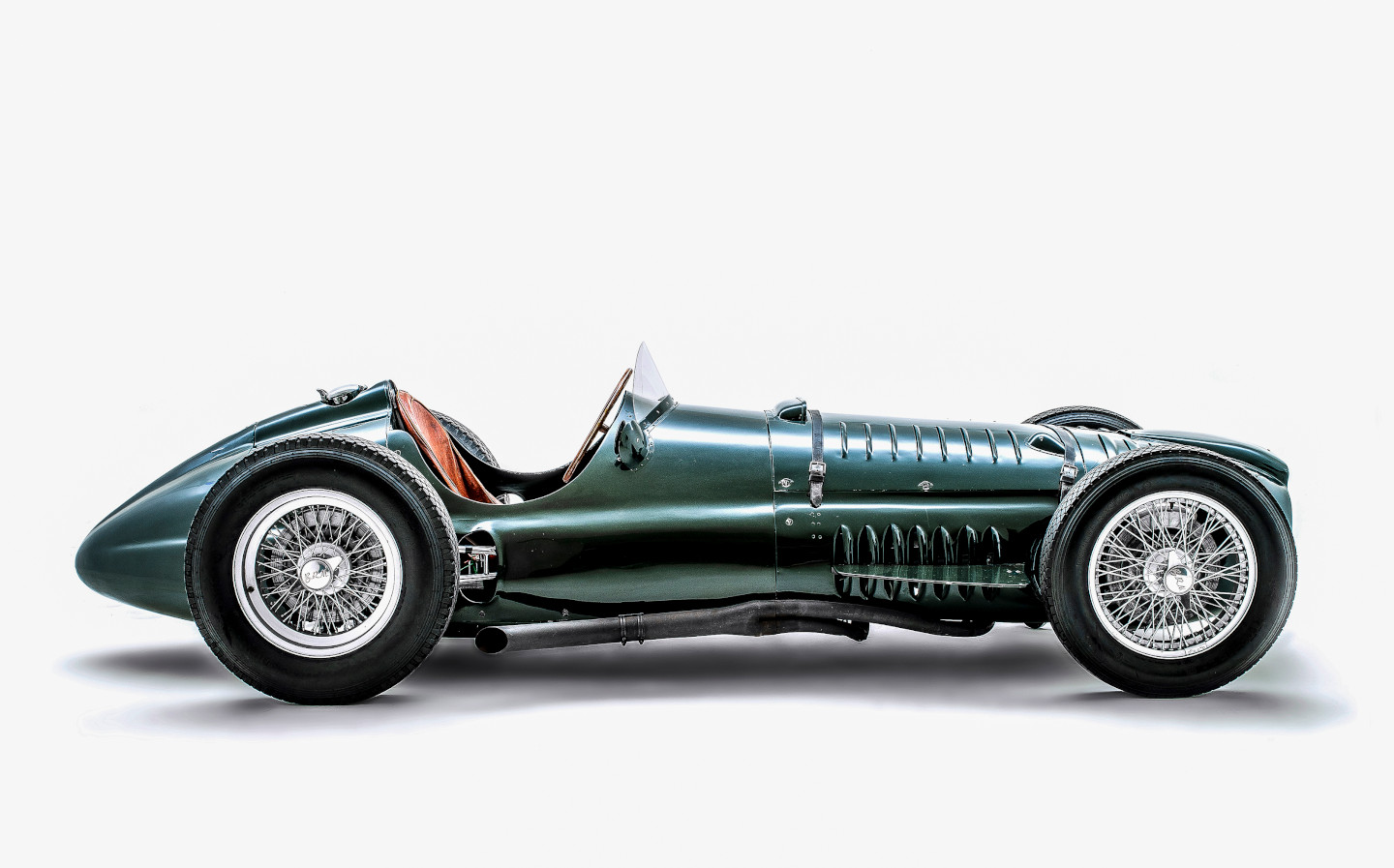 Although two of the original four BRM Type 15s survive today, one is a museum piece while the V16 engine of the other, which is owned by a private collector, was accidentally destroyed through over-revving during a demonstration at the 1999 Silverstone Classic.

The flame-spitting, ear-splitting motor featured in the video above is not one of the new power units but that very same “engine number two” that was lunched more than two decades ago, following a meticulous rebuild by BRM’s technical partners, Hall and Hall.

The engineering firm brought it back to life having realised it would be a valuable process to go through before starting on the three new continuation engines. The BRM V16 was one of the most complex engines of its day, comprising 36,000 precision-engineered parts and designed to rev at up to 12,000rpm. 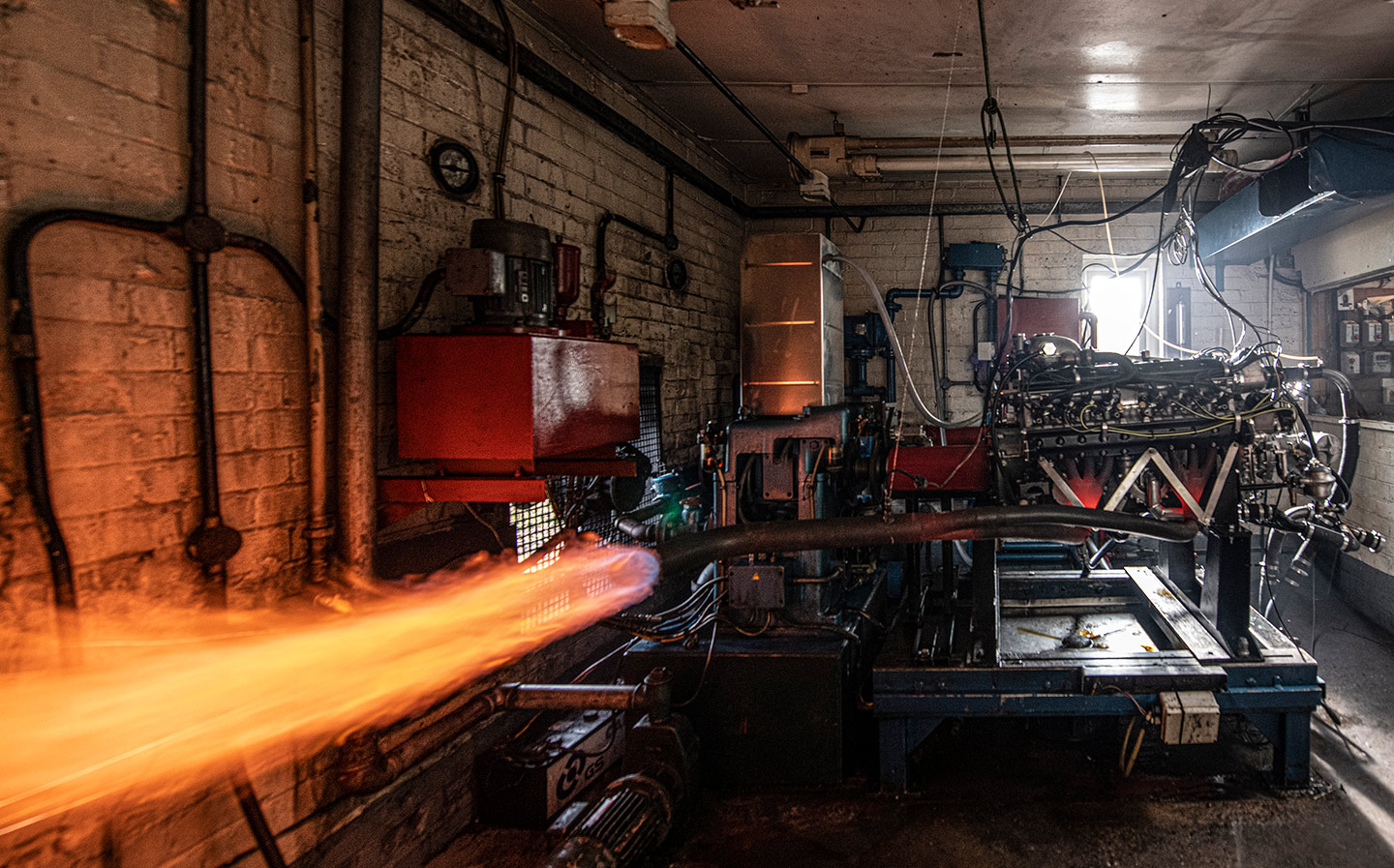 Believe it or not, this was considered a cautious test by Hall and Hall. “We didn’t want to push it too hard on the dyno,” said Martin Smith, the company’s chief engine technician, “but even so we estimate we got about 550bhp at 10,000rpm and 2.5psi – which is a huge step forward as we continue to build our experience and understanding of this astonishing engine.”

The BRM Type 15s were built to take on the mighty Italian and German post-war F1 teams, and piloted in grands prix by legendary drivers such as Juan Manuel Fangio and Jose Froilan Gonzalez (pictured below demonstrating the car). 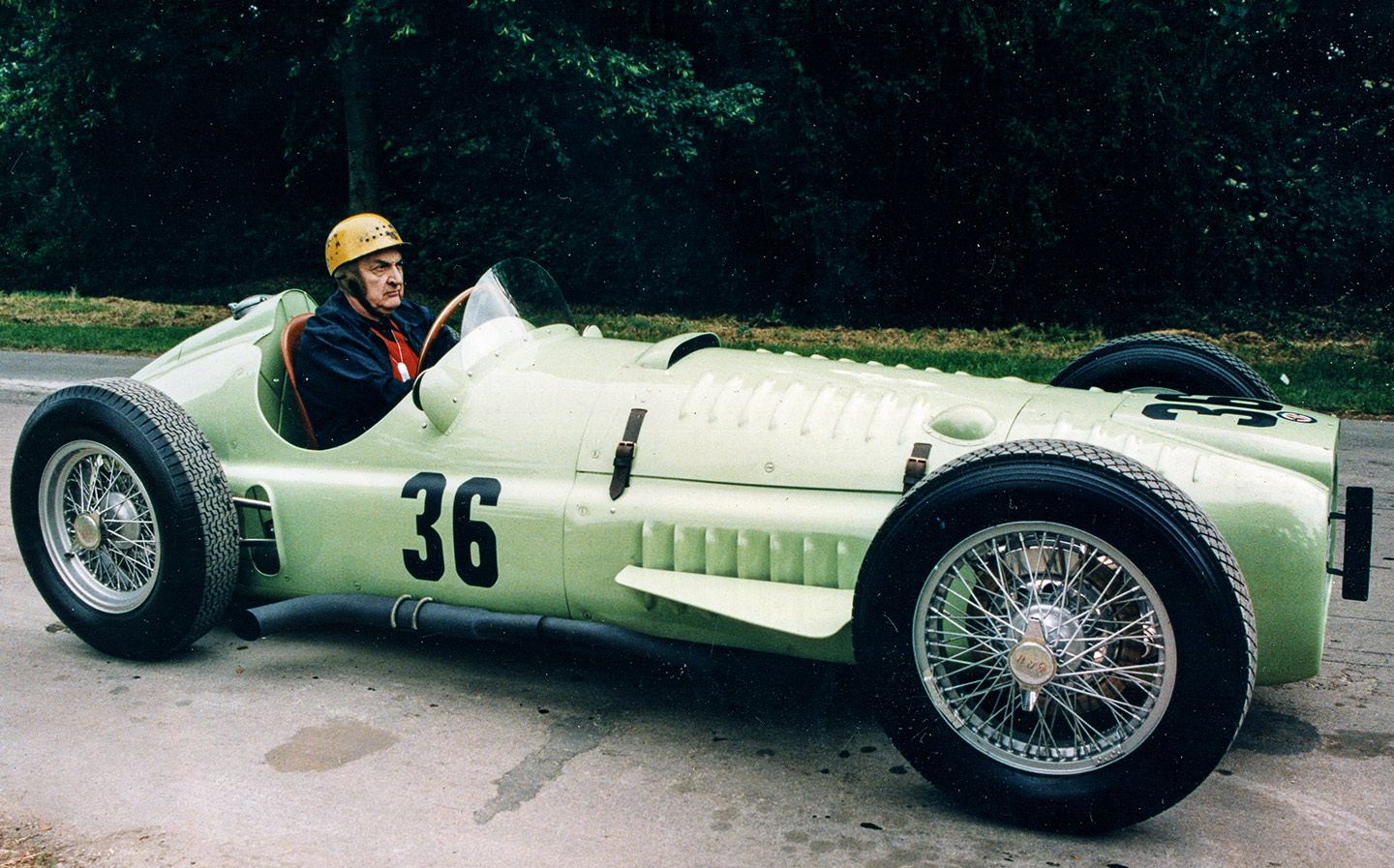 “Watching the likes of the Pampas Bull (Gonzalez) and, in particular, Fangio, master the power of the V16 was very special, and the fabulous noise of the engine still rings in my ears 70 years on!” said Owen, who is now 81 years old.

“In a selfish way, I have always dreamed of hearing that sound again but now I’d also love to share that sensation with others. To hear the V16 screaming at full tilt for the first time is something special – something you never forget.”

The original P15’s V16 engine was unreliable at first, and very tricky to master. In Fangio’s words: “The BRM was really difficult to get off the line because below around 7,000rpm there seemed to be no power at all, but at 7,200rpm there was so much power and torque it was unbelievable.” 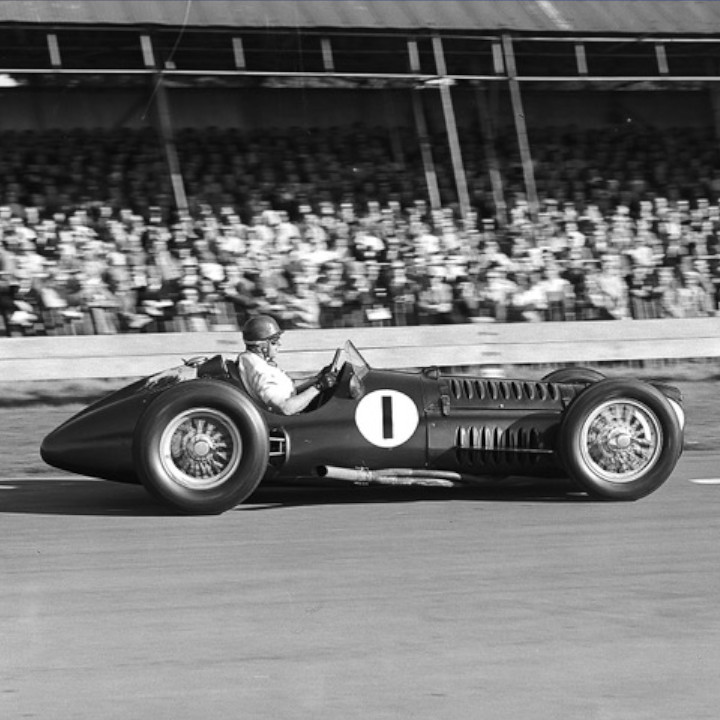 The new engines, once completed and spinning at 12,000rpm, will finally allow Owen to relive the full sonic experience he fell in love with as a 10-year-old boy.

Hall and Hall will use up to 20,000 original drawings to re-manufacture new, “forensically authentic”, examples of the P15 V16 MK1 machine. The first of the three continuation cars will go to the Owen family themselves, and it is expected to be delivered and presented in public later this year.

And what of the rebuilt original engine? A spokesperson told Driving.co.uk it will be reunited with the body and there’s a good chance we will get to see it running again at historic motorsport events. We may even get to see it race again.

Further updates will be announced on the BRM website, www.britishracingmotors.co.uk, and via BRM’s social media channels.

– After hearing the fearsome BRM V16 grand prix engine fire up, find out more about the BRM Type 15 continuation project here
– To read the Sunday Times Me and My Motor interview with Nick Mason, Pink Floyd drummer, click here
– And click here to read about the Stovebolt Special, an unsung hero of British motor racing, owned by Simon Taylor, a racing writer, publisher and commentator