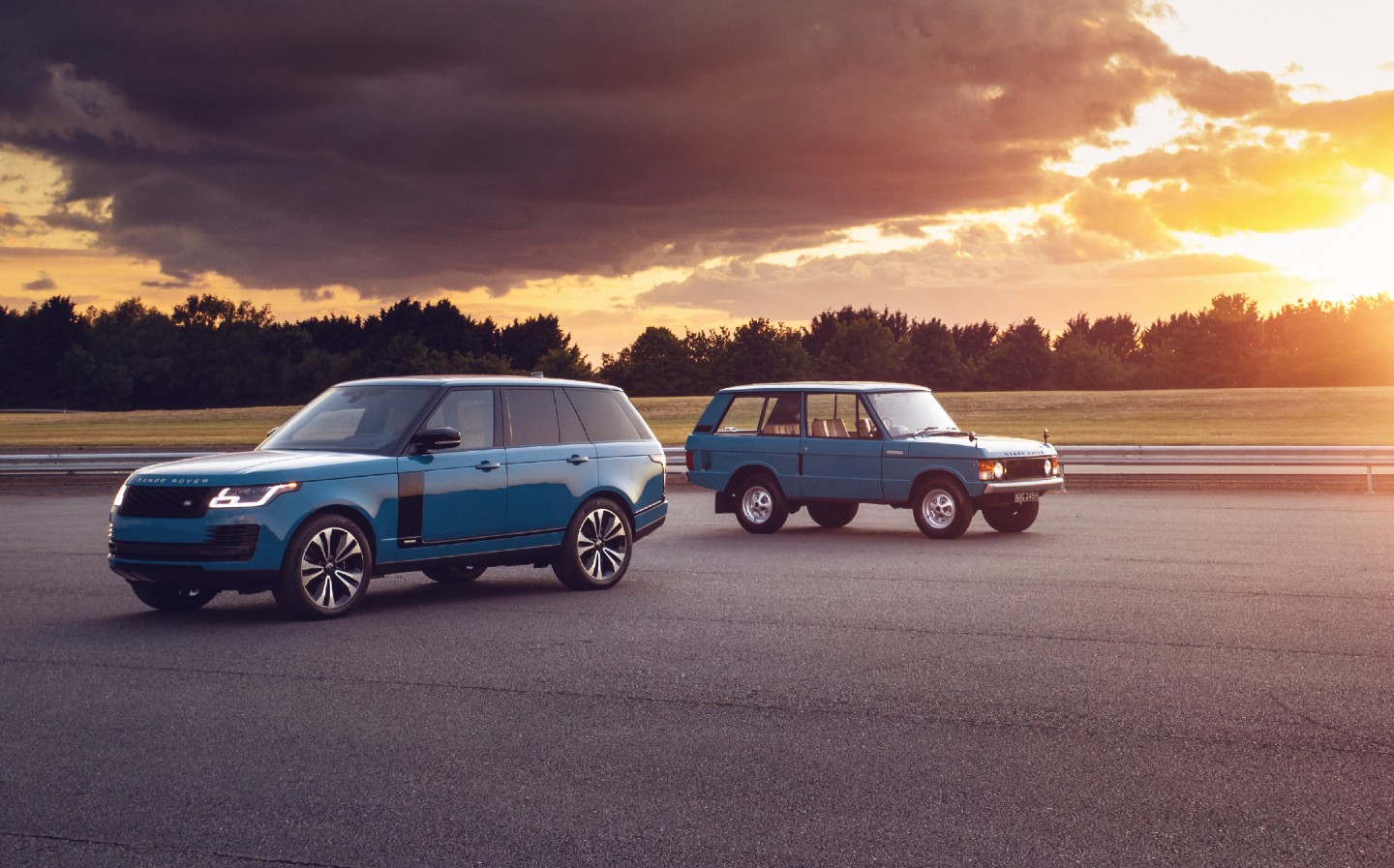 IDEAS don’t come out of thin air. Trevor Baylis wasn’t sitting around idly before he invented the wind-up radio: he was looking for a way to transmit information about the spread of HIV to Africa, where the supply of mains electricity or batteries was not always reliable. Johannes Gutenberg wouldn’t have set about creating the printing press if monks hadn’t moaned about having sore wrists and worn quills from all that writing. And would we be walking around glued to our smartphones if Alexander Graham Bell hadn’t devoted so much time to helping deaf people to speak?

It’s a point that resonates with Finbar McFall. As the man in charge of customer experience at Jaguar Land Rover, his job is to understand what customers want and help the British company plan the creation of tomorrow’s cars. And it was through doing much the same – listening to drivers – that the Rover engineer Charles Spencer “Spen” King struck on the idea of the Range Rover, a car and formula that has proved so enduring and resilient in a fast-evolving world that it is celebrating its 50th year of production.

McFall (pictured below), who began his career with the company 25 years ago and was in charge of marketing the 2001 Range Rover, known as the L322, revealed that he had been lucky enough to meet King, who died in 2010, and ask him about the concept for the car. 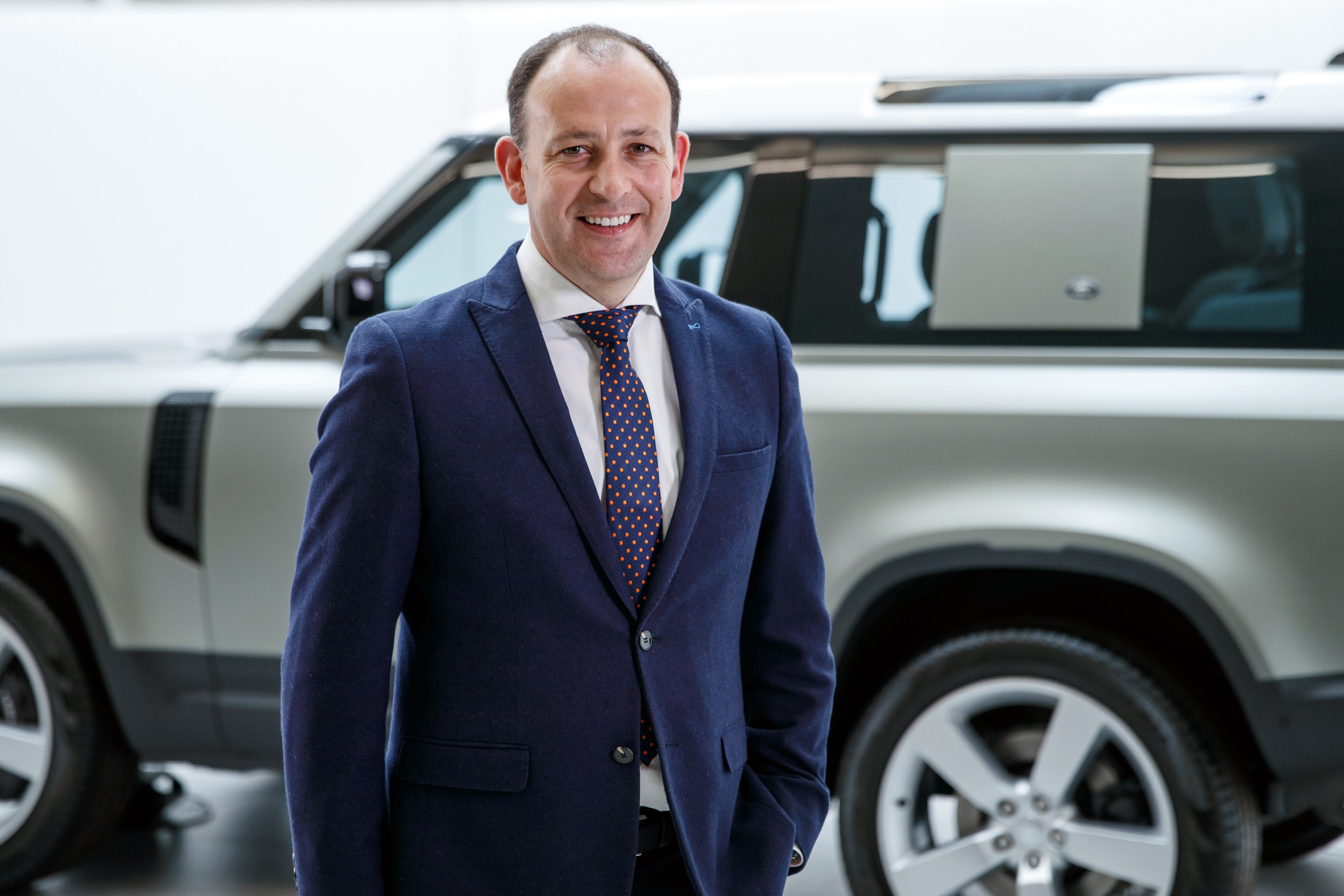 “The genius of what they did all the way back then was they did their research and they thought about customers first,” says McFall. “We quite often think cars are just a spontaneous idea and moment of creativity that comes from somebody’s head, but it always comes from somewhere, and the Range Rover is the result of understanding customers and what they wanted.

Spencer King and his merry band of engineers had in their mind an archetypal customer. “What they were thinking about was a landowner who would use their vehicle to survey their estate and then drive into town, hence the concept of ‘from farmhouse to townhouse’.”

The team used the capability of the original Land Rover but set its all-terrain abilities against the backdrop of change that was sweeping Britain and the world beyond its shores. It was the late 1960s, a time of cultural transformation, when car ownership was proliferating, air travel was opening up and the government was investing in the UK’s road network, expanding the construction of motorways.

With this in mind, any new car had to be fit for the environment in which it would compete. Being able to tackle a wet hillside without putting a foot wrong would be no good if the car proved to be an unwieldy brute that would leave its driver fit to drop after negotiating traffic at Hyde Park Corner in central London.

So engineers fitted creature comforts such as power-assisted steering, while the four-wheel drive was fixed, meaning there was no need to wrestle with levers to switch between two- and four-wheel drive. However, with an eye on practicality, those early examples featured vinyl seats and a plastic dashboard, making them easy to wipe clean after a hard day in the field.

What they couldn’t have foreseen, says McFall, is how the original Range Rover’s rounded abilities would appeal so widely. “If you follow the trajectory of the Range Rover through the years, with each successive update or new generation, its breadth of capability has extended to a breadth of appeal, and added layers and layers of new customers.”

McFall concedes it was a slow process to begin with. Land Rover launched the Range Rover as a three-door model – something it has done with successive cars, including the Discovery, Freelander and Evoque – and it wasn’t until the 1980s that a five-door body joined it in Land Rover showrooms. 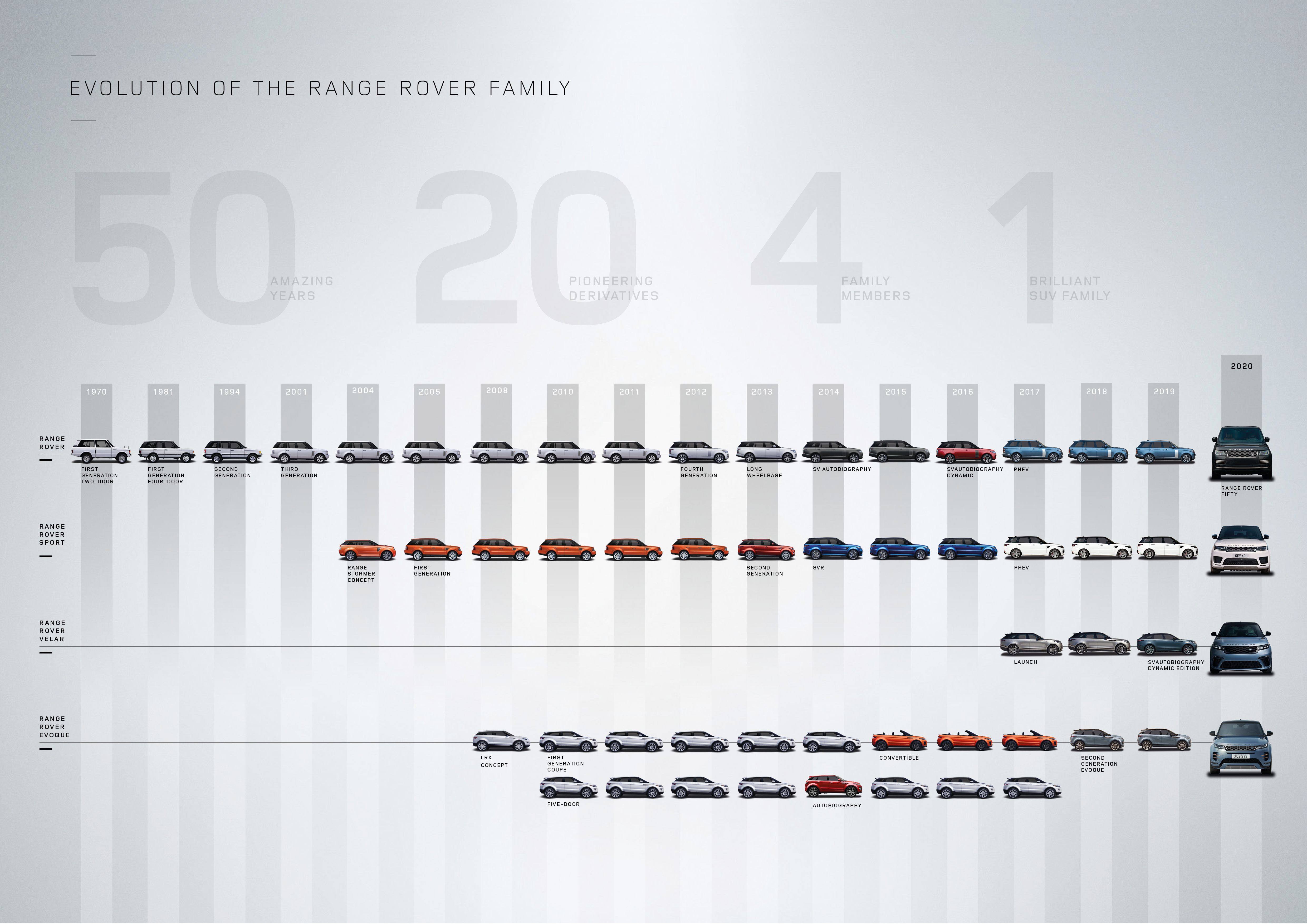 It was the introduction of the third-generation Range Rover, in 2001, that really put the 4×4 on the radar of some of the world’s most affluent drivers. “That’s when it really took off, and we saw it expand its customer base beyond just the SUV market to anybody who wanted a luxury vehicle,” says McFall.

Pinning down the core appeal of the Range Rover, and understanding what makes it the pick for Land Rover customers when most have a fleet of vehicles to choose from, is difficult. McFall speaks of the car’s capability –the stuff that gives it credibility in the eyes of owners – but I am curious to know how big a part might be played by the supreme driving position, which is able to unwind even the most knotted of backs. It’s a feeling quite unlike any other car on the road, even a Rolls-Royce.

“Again, it is rooted in product reality so it’s there for a reason,” says McFall. “Its origins were a consequence of making a good off-roader, of being able to spot obstacles ahead, but it isn’t just about sitting higher. You have a lower glassline and you sit slightly further outboard than you would in other cars, which means you can see what’s to the side of you as well as what’s ahead.

“When we talk to owners, the language they use to describe it is that it’s an ‘effortless drive’ and being ‘relaxed and feeling in control’. We wouldn’t have called it ‘command driving’ when we designed and engineered the Range Rover; it was just how the car was designed. Over time, customers have given it that name, and that’s a very reassuring feeling for us.”

It’s also partly why loyalty levels are so high, with up to 80% of customers sticking with a Range Rover, because no other car feels quite the same. Much of what has been learnt during 50 years of service has been applied, in one way or another, to other cars in Land Rover’s portfolio.

When creating models such as the Range Rover Sport, Evoque and Velar, McFall and his colleagues have gone back to the thinking that shaped the first Range Rover, and asked customers what they want, rather than try to create a facsimile family of little, large and larger vehicles – something to which some competitors are only just waking up.

What of the future? Few buyers of today’s luxury products, whether they have wheels attached or not, wish to find themselves having to defend their choice. Jaguar Land Rover has invested in making its cars lighter – through switching construction to aluminium – and introduced mild-hybrid and plug-in hybrid technology. A new six-cylinder diesel engine was recently launched.

Land Rover’s next-generation Range Rover is due to be introduced next year. The company won’t discuss future model details, even when pushed hard on the subject of electrification. McFall is tight-lipped, no doubt conscious that the competition would kill to know the next stage in the evolution of a car that continues to lead the field. All he will say is the company is committed to “destination zero” and that for now the immediate and silent “oomph” of the electric motor found in the plug-in hybrid, which gives an electric-only driving range of around 30 miles, suits the car’s character.

“What could be more refined than silent running? And actually, in some regards, it also makes it a better off-roader as well because you’ve got instantaneous torque from the motor. So it works on both levels,” he says.

Leading the way for 50 years has not been easy for the Range Rover. At least, it hasn’t for the people grafting away to create the product. Maintaining that lead in a world that is heading towards zero-emission vehicles will undoubtedly prove the toughest task yet. But you sense they are happy to wait, listen to their customers and strike when they feel the time is right.

Range Rover at the Louvre: a design icon from the off 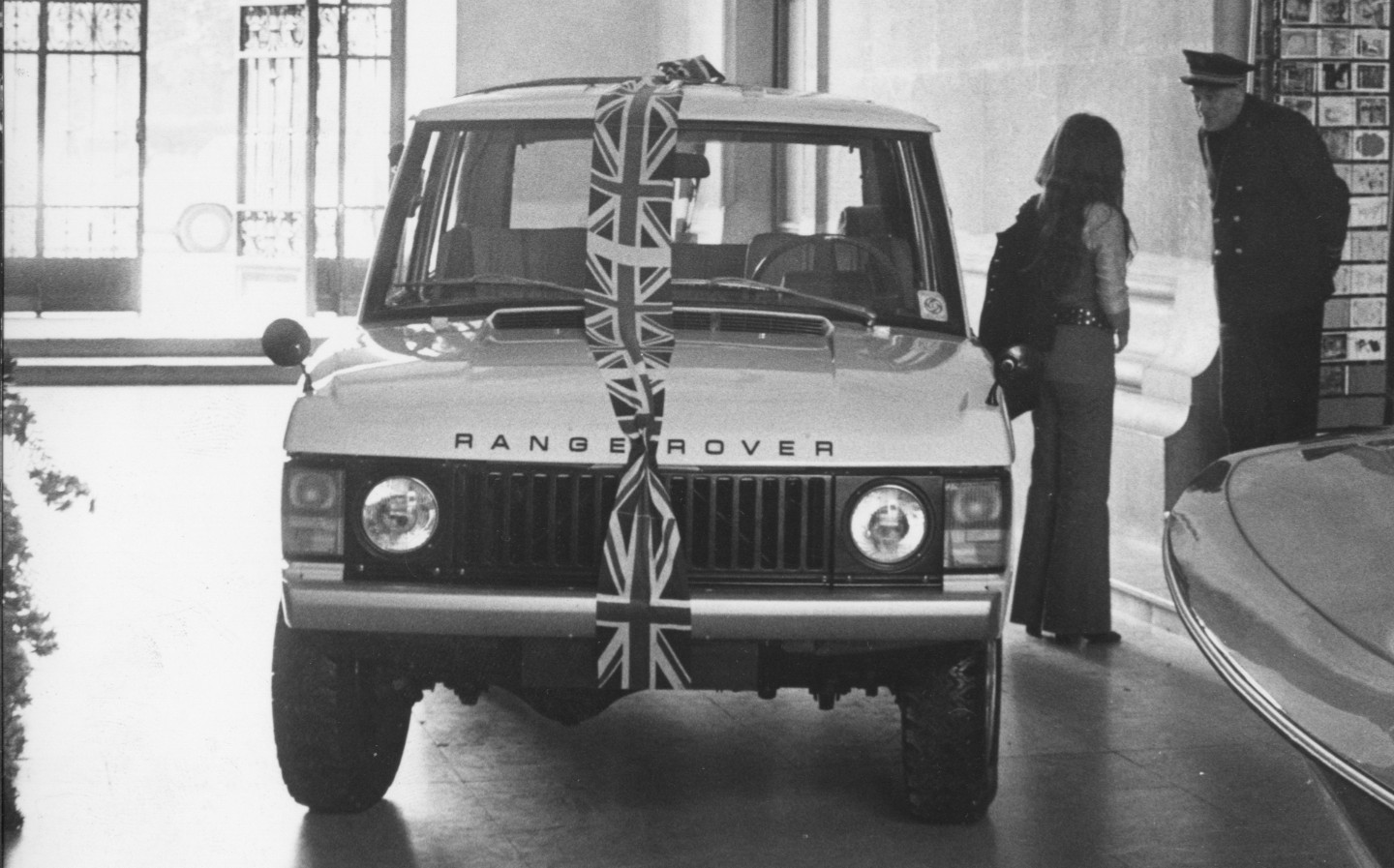 What do Da Vinci’s Mona Lisa, the Venus de Milo and the Range Rover all have in common? They have all been displayed in the Louvre in Paris. Soon after its 1970 launch, a Range Rover was chosen to be displayed after being cited as an “exemplary work of industrial design”, in the process becoming the first vehicle shown at the museum.

It was perhaps a paradoxical choice, given that its creator, Charles Spencer King, reputedly preferred to view the car as a luxury workhorse rather than a design icon. 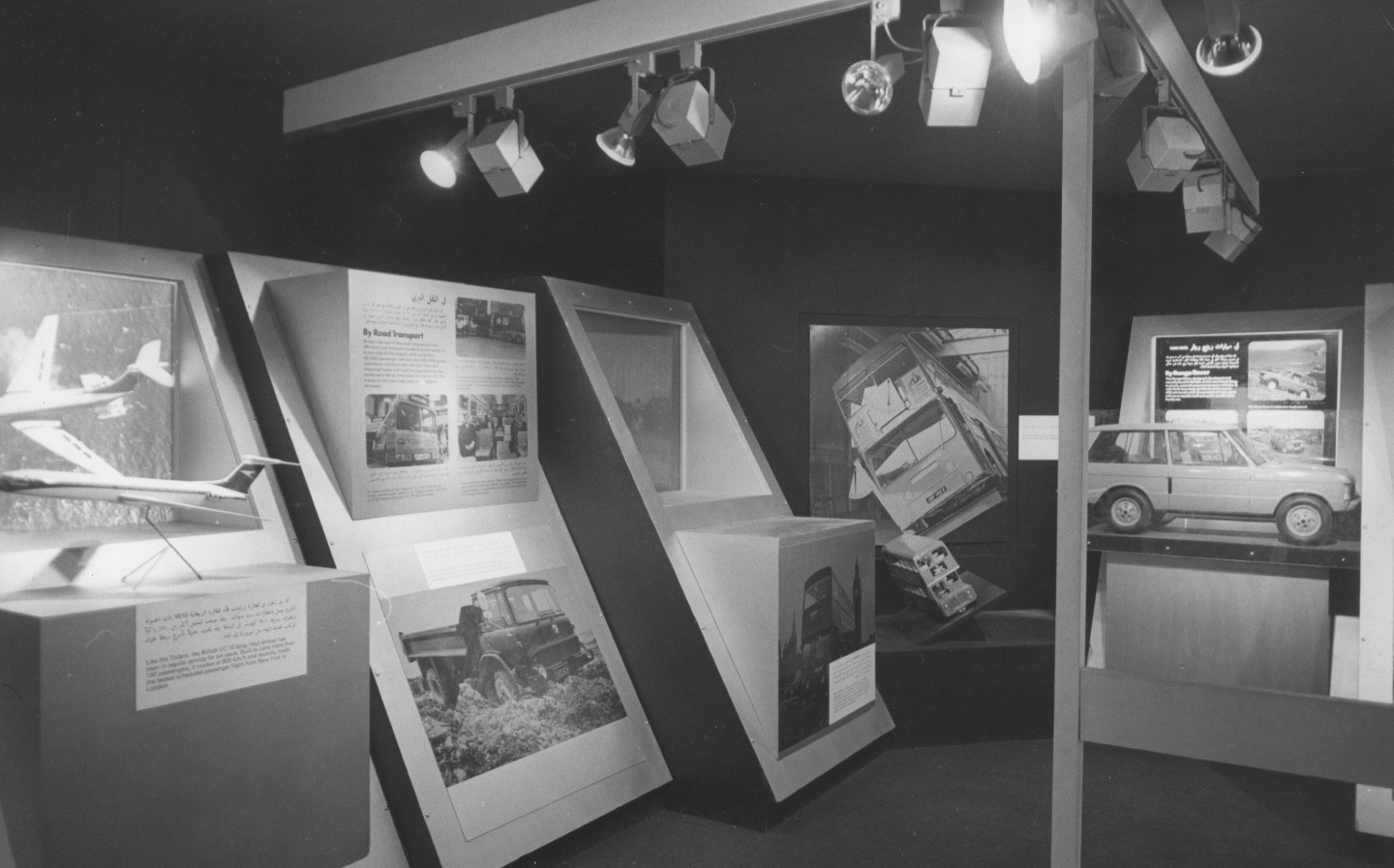 After perfecting the mechanical layout, King drew a simple box shape around its dimensions to cloak it, later saying it had taken up “0.1%” of his development time. Yet the look went down well with company bosses and needed only subtle tweaks, from designer David Bache, to transform it into a production vehicle.

For more on the 50th anniversary of the Range Rover visit landrover.co.uk/explore-land-rover/range-rover-fifty 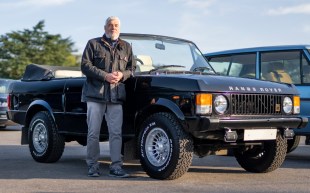 We visit Goodwood Speedweek to meet some star Range Rovers from the luxury 4x4's 50-year history, including one onced owned by the Queen. 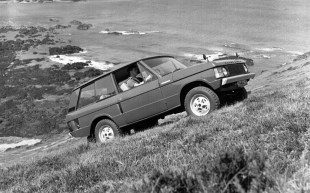 Fifty years ago Land Rover launched a 4x4 with creature comforts – it was a revolutionary idea, and Eric Dymock was there