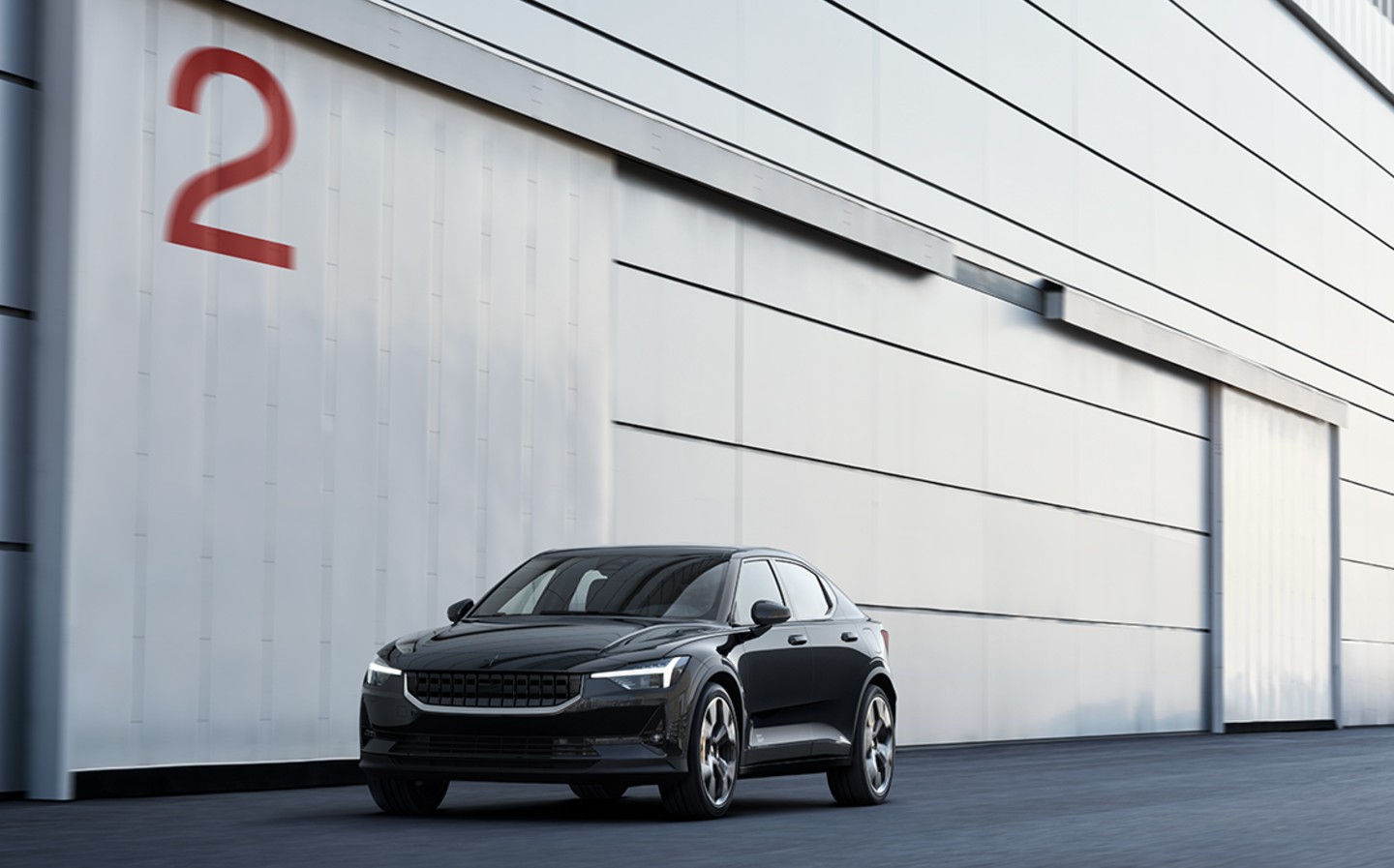 Coal and oil have kept the world turning for more than 150 years, but fossil fuels are now finally going the way of the dinosaurs that once ate them, as cleaner electricity and improved battery power show the way to a brighter, greener future.

Nowhere is this revolution moving faster than in the world of cars – and the pace of change is accelerating. The UK government has committed itself to an ambitious target to ban the sale of new petrol and diesel cars by 2030.

So anyone thinking of getting a new car in 2021 should factor the likely economic effects of this ban into their decision: as we’ve already seen with diesel cars, depreciation can hit hard and fast. An electric car is likely to hold its value better, and for company car drivers, there is currently a special benefit in kind rate on all-electric vehicles of 0 per cent, rising to just 1 per cent in April 2021.

Not so long ago, buying electric meant making a compromise. Most electric cars simply didn’t have the elegance, comfort or build quality that we’ve come to expect from modern vehicles. That is emphatically no longer the case. 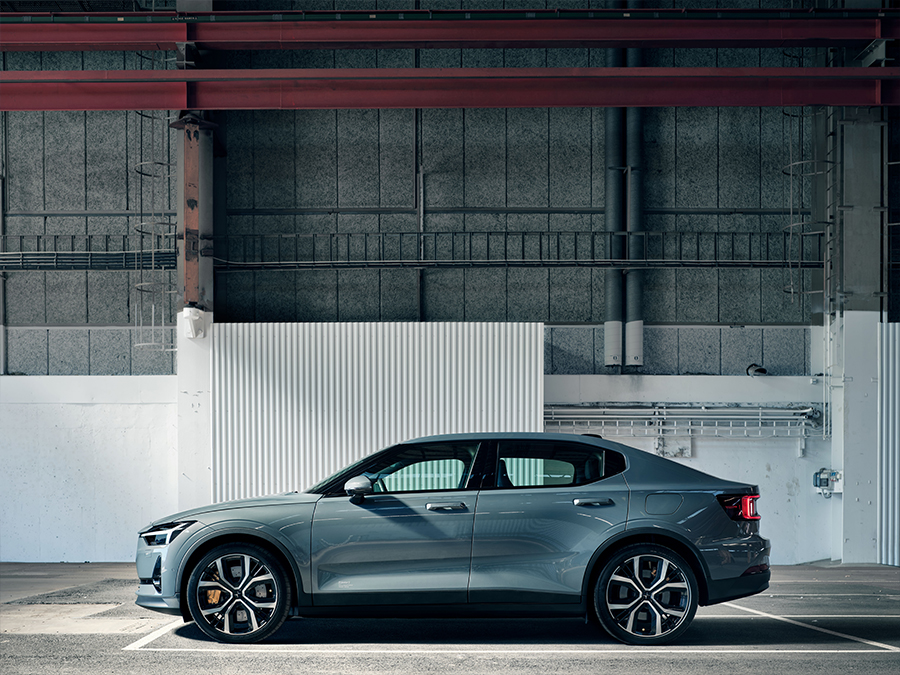 The whole package: Polestar 2 doesn’t compromise on design or performance

Just look at the Polestar 2, a new five-door all-electric fastback that is designed with purpose in mind and promises to change every single thing we know about motoring, except one: hands-on experience. Inside and out, the Polestar 2 has no shortage of unique design features and cutting-edge technology which make this car the most exciting, fun and high-performing electric vehicle there is.

The avant-garde interior is where the brand’s progressive design language is brought to life. The upholstery is made from WeaveTech, a 100 per cent vegan material that is lightweight and durable, with a smooth and sporty look; bringing a high-quality, crisp, modern aesthetic to the whole interior.

A true Scandinavian work of art, step inside and likely the first thing you’ll notice is the 11.5-inch centre touchscreen console. Powered by Google’s new Android Automotive operating system, this screen, which syncs wirelessly with your phone and acts as the car’s information and entertainment hub. Among its features are navigation by Google Maps, music on the move from Spotify, and natural speech recognition so the car truly understands you. 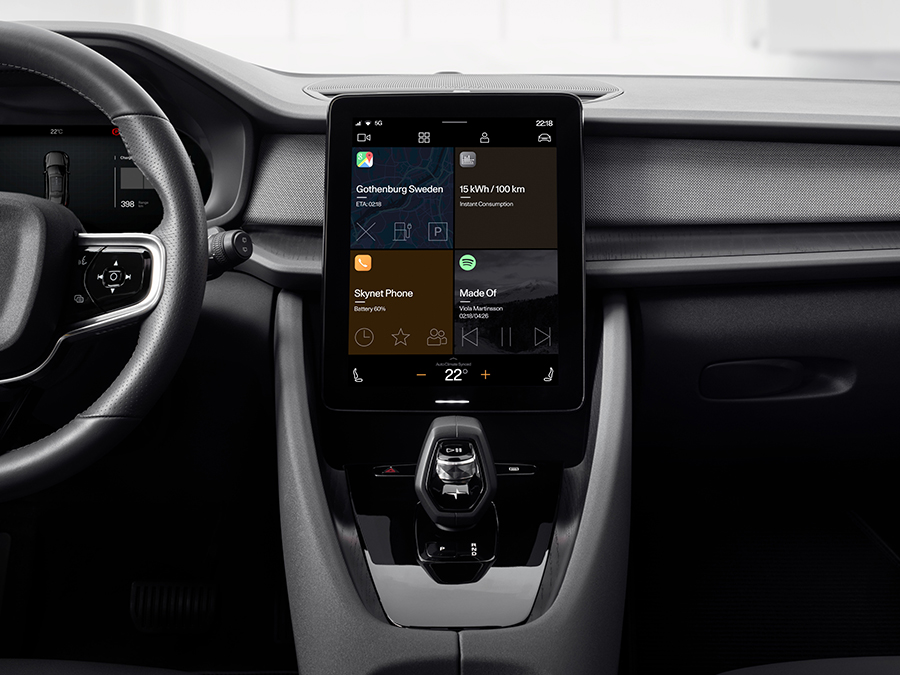 The system was developed between Polestar and Google – and the Polestar 2 is the first car in the world to have Google built in. The best thing you can say about the car is that it does what you’d expect – from playing your favourite playlist, to finding your nearest restaurant or charging point, where the car can be charged from 10 to 80 per cent in as little as 35 minutes.

The Google system will automatically keep itself up to date and its capabilities will keep expanding as more Android Automotive apps are developed. The system even recognises the preferences of each person who drives the car and automatically configures itself to make sure they feel comfortable and at ease from the get-go. It’s easy to use, robust and reliable – based on the same technology that powers most of our smartphones.

There’s bags of innovation in the car’s safety systems, too. If you pass a road sign and miss it, don’t worry – the driver display can show it to you. All-around cameras and radar allow drivers to choose between cruise control and adaptive cruise control (which reacts to the speed of traffic in front), and Pilot Assist can keep the Polestar 2 in the middle of your chosen lane all the way up to 70mph. 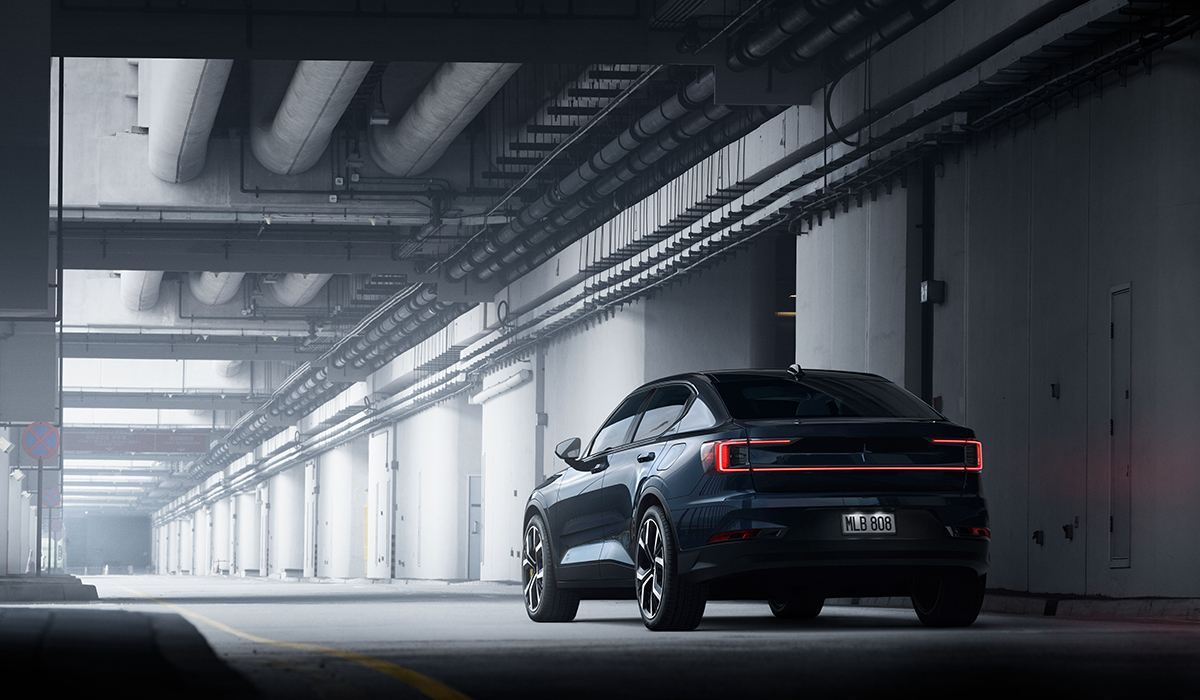 At night, the car’s twin LED headlights automatically adjust the brightness of their 168 individual pixels to avoid dazzling oncoming traffic, while keeping the route ahead fully illuminated with the brightest lights currently available on any car.

The Polestar 2 keeps its driver cocooned from the outside world, but not at the expense of other road users. When reversing out of a tight spot, for instance, the cameras and radar check a 30-metre radius for approaching vehicles, pedestrians and cyclists. On busy urban roads, the car also emits a gentle audible warning to alert people to its approach.

Even without the warning sound, this is a car that turns heads. Suddenly everything you’ve ever driven looks like it belongs in a museum.

The Polestar 2 doesn’t only mean a simple step towards a carbon-free future, but with fewer moving parts than traditional petrol and diesel cars, it’s also cheaper to run and maintain, and if you live or drive in London, you could save money on everything from local parking to emissions and congestion charging. Someone who drives into London five days a week might save nearly £4,000 per year on the congestion charge alone.

No one can be expected to make such a big decision without seeing the car for themselves, settling into the driver’s cockpit, or trying out the controls. But you’ll be pleased to know that here too, Polestar is determined to innovate. The Polestar 2 is not available to buy in a conventional car showroom. Instead, Polestar spaces are carefully designed, unique retail environments where you can get to know the car at your pace, with no salespeople or pressure. They want to put the fun back into buying a car. Polestar spaces are designed to inspire, inform and delight you. From component display walls, to drawers full of colour and materials samples, to interactive screens where you can configure your own Polestar.

If you like what you see, you can build your own Polestar 2 here, or request your test drive here

Find out how Polestar is turning dreams into reality here