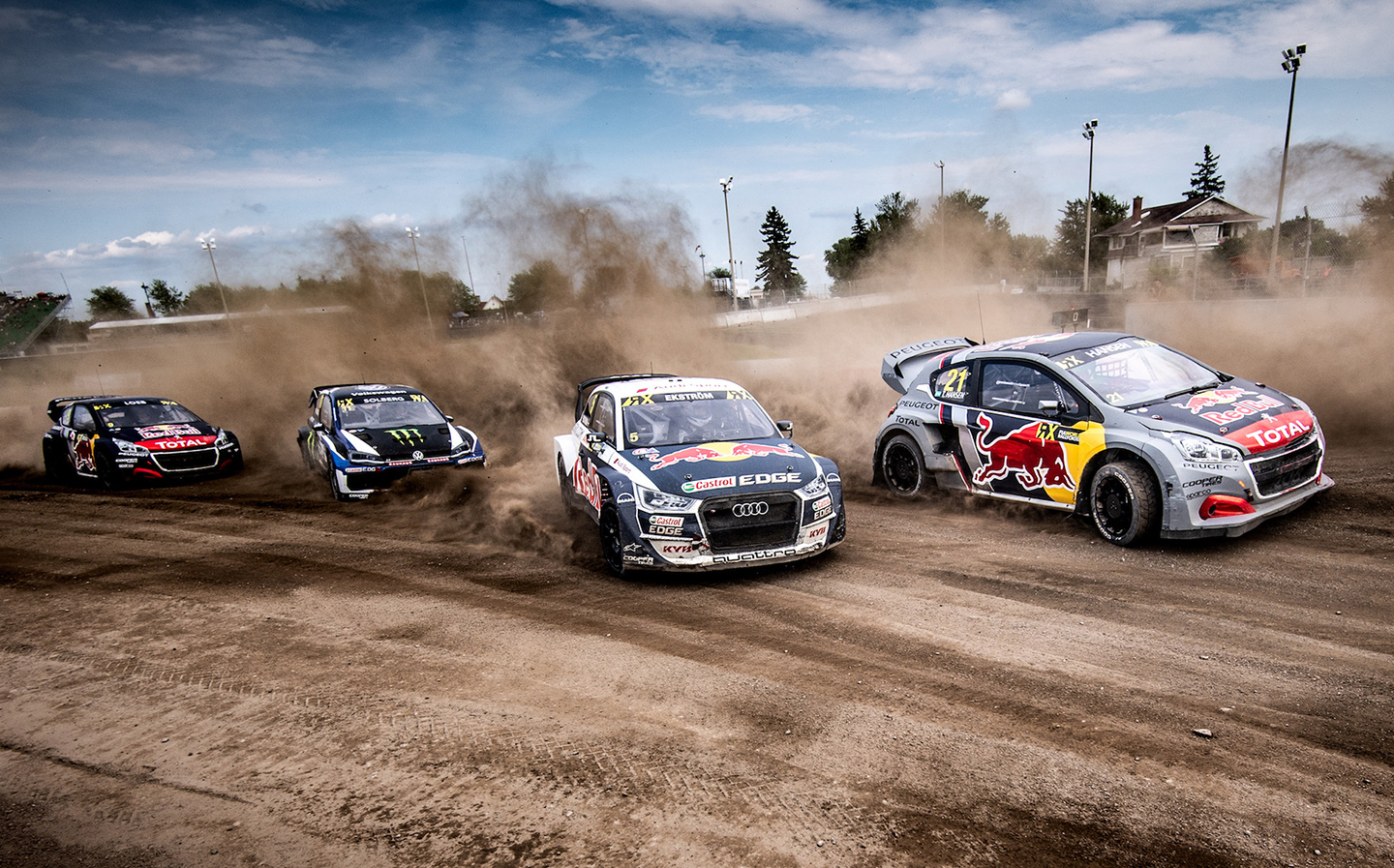 THE WORLD Rallycross Championship’s plans to go all-electric have been delayed, with the tech switch now scheduled for 2021.

According to the FIA, the sport’s governing body, the decision to delay the technology’s introduction by a year has been made to “allow optimal time for all manufacturers investigating the possibility of competing to develop their plans”.

Originally intended to be phased out at the end of the 2019 series, the circa 600bhp turbocharged petrol engines will now be retained for the 2020 World Rallycross Championship. All car makers who wish to stay in the sport beyond that will now need to confirm their commitment to the electric format by March 29, 2019 at the very latest.

The electric regulations are yet to be finalised, though the FIA has confirmed some new details. Each rallycross car will be powered by two 250kW electric motors, meaning the combined powertrain will generate the equivalent of 661bhp.

The new racers will have carbon fibre chassis and, as current regulations dictate, all manufacturer teams will need to homologate their rallycross car’s bodywork using the designs of their B- and C-segment road cars as inspiration. Volkswagen, for example, would have to derive its electric rallycross contender from either the Polo or the Golf.

Though petrol-powered World Rallycross cars will be gone by 2021, all is not lost for them yet. In the same announcement, the FIA confirmed they will “remain an important part of the rallycross weekends” beyond 2020. Driving.co.uk has requested more detail on this intriguing statement and will update this page with an official response soon.