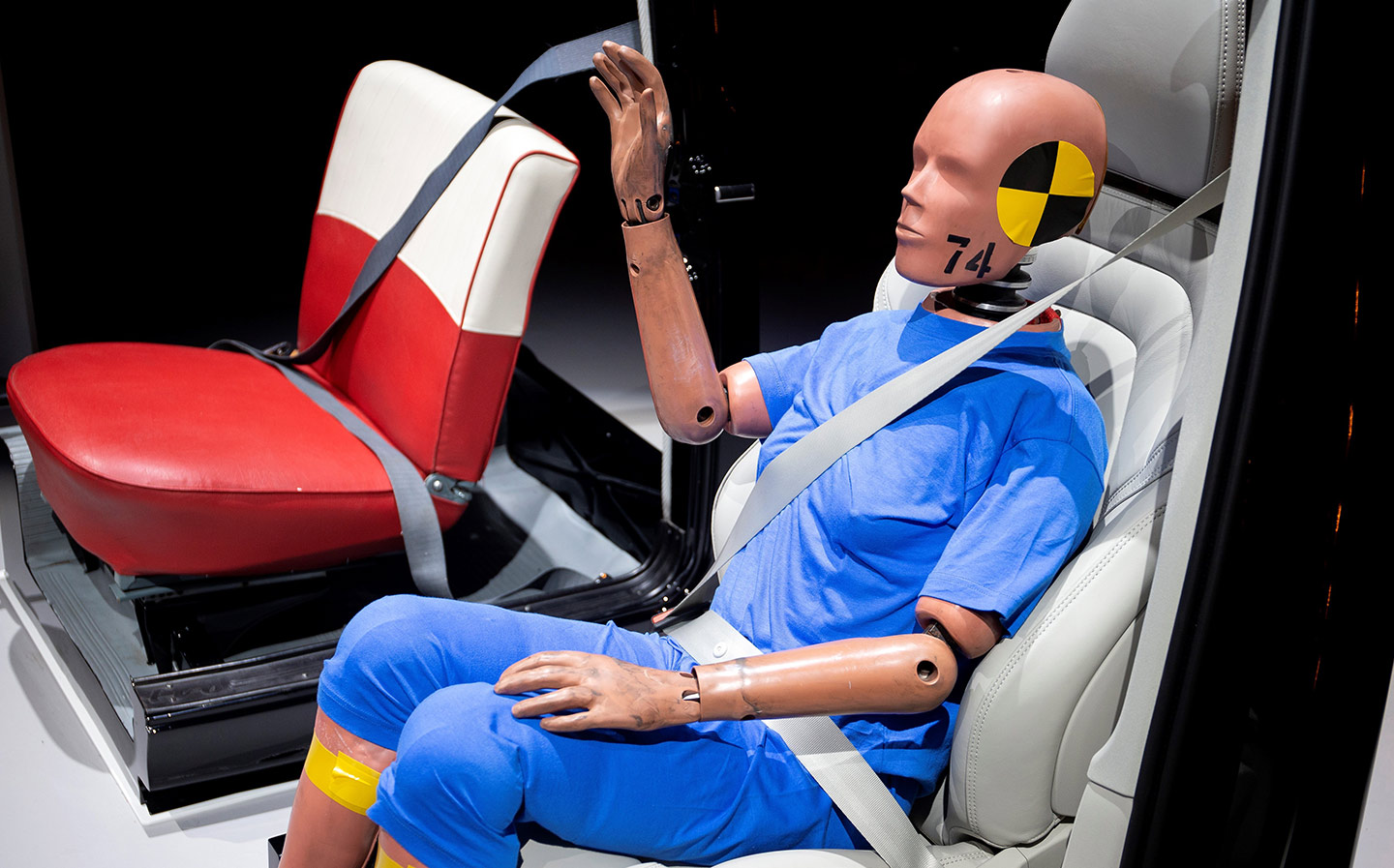 MULTIPLE studies have shown that women are more likely than men to be killed or seriously injured in a car crash … but that’s not the case if they drive a Volvo, according to one of its engineers.

Lotta Jakobsson, professor and senior technical specialist at Volvo Cars Safety Centre, told driving.co.uk that the extent of injuries to women from car crashes depends primarily on the car they drive.

“If you design your car well, they [women] will not be at a higher risk,” she said. “We check most body regions and we see that there is gender equality. They are the same.”

Volvo’s claims contradict a 2011 study by the University of Virginia’s Centre for Applied Biomechanics found that women wearing seat belts were 47% more likely than male seatbelt-wearers to suffer severe injury. The discrepancy was especially pronounced for lower-extremity injuries.

Women are also 71% more likely to be moderately injured, even when adjusted for factors such as height, weight, seatbelt usage, and crash intensity, according to their research.

A separate report from the American National Highway Traffic Safety Administration in 2013 also found that a woman is 17% more likely to die in a crash.

Ligament laxity, muscle density, and bone size and shape are fundamental biometric differences that can contribute to increased risk of injury for women, but women are thought to be less well protected than men because crash testing is often based on a standardised 50th percentile male dummy, with a technique called “geometric scaling” used to forecast how people of different sizes would respond in crashes.

In her book Invisible Women: Exposing Data Bias in a World Designed for Men, Caroline Criado Perez pointed to studies that showed women’s normal seated positions differed from what was defined as the standard. Women on average tend to sit closer to the steering wheel to compensate for shorter stature, it was found, which puts them at greater risk for internal injury in frontal collisions.

Volvo has been collecting its own data from real-world accidents involving its cars since 1970, it claims, allowing the company to record injuries to male and female occupants.

This data has been used to help improve the design of its cars. Volvo claims its seats better suit people of different sizes than most — a flat backrest is important in this regard — but the data collection also led to technical innovations like its Side Impact Protection System (SIPS), which was introduced in 1991, and the Whiplash Injury Protection System (WHIPS), which was first introduced on the Volvo S80 in 1998 and was fitted as standard in all Volvo’s front seats by 2000.

“I would say SIPS was based purely on real-world data and the few available crash test dummies there were [at that time],” said Jakobsson.

Jakobsson said she was particularly impressed by WHIPS, which in the event of a rear-end collision slides the front seat backwards, then tilts up and into a more reclined position. Jakobsson said this dampens the effects of the impact, ”like catching a ball”, so that the occupants aren’t propelled forward with such force.

“Let’s say that the WHIPS seat did better than I expected,” she said. Several crash test publications confirm parity between men and women in Volvos when it comes to whiplash injury, she claimed.

Last week hundreds of crash test publications involving Volvos were made available publicly under an initiative called Project E.V.A., which aims to “make cars safer for everyone, not just the average male.”

Volvo was an early adopter of dedicated female dummies in its own crash tests, according to Jakobsson. The company bought a small female dummy, representing just 5% of the population, for use in crash tests from 1995. A mid-size female side-impact dummy was introduced in the late 1990s. A pregnant female dummy known as MAMA-2B, which was created by researchers at the University of Michigan Medical Center, in conjunction with General Motors and the National Highway Traffic Safety Administration (NHTSA), has been used by Volvo since the early 2000s.

According to Jakobsson (pictured below), the female dummies are tested in all seats (driver, passenger, rear) and they are not scaled-down male dummies but have “anthropometry based on female data”.

In addition to real-world data collection and laboratory crash testing, which Volvo conducts at its own facility in its home town of Gothenburg, Sweden, the company has been working on virtual human models in computer-simulated crash tests since the mid-nineties, and developed a mid-size female digital dummy in 2001.

While the physical dummies are standardised for the industry, this digital female dummy is “an in-house thing”, according to Jakobsson. “That has not been shared yet, simply because it doesn’t work on anywhere else than our computers at the moment.

Jakobsson says the future of crash testing is virtual, as the computer dummies aren’t steel and rubber but accurate human models down to muscle, flesh and bone, with individual ribs and skulls with brains inside. The simulations can be run again and again in quick succession, without waiting for hardware to be reset or rebuilt.

“It’s mathematics,” she says. “A whole car is modelled correctly and then you run this virtual crash test. Then if you have a human model; it’s a skeleton with blood and flesh.

These virtual dummies can be scaled easily, Jakobsson said, to the point where they can create an exact model of individual people.

“We have to understand individual differences,” she said. “We can make one of you, then we can look at what that looks like [in a crash]. We’re working on it — we’re not there yet. But soon.”