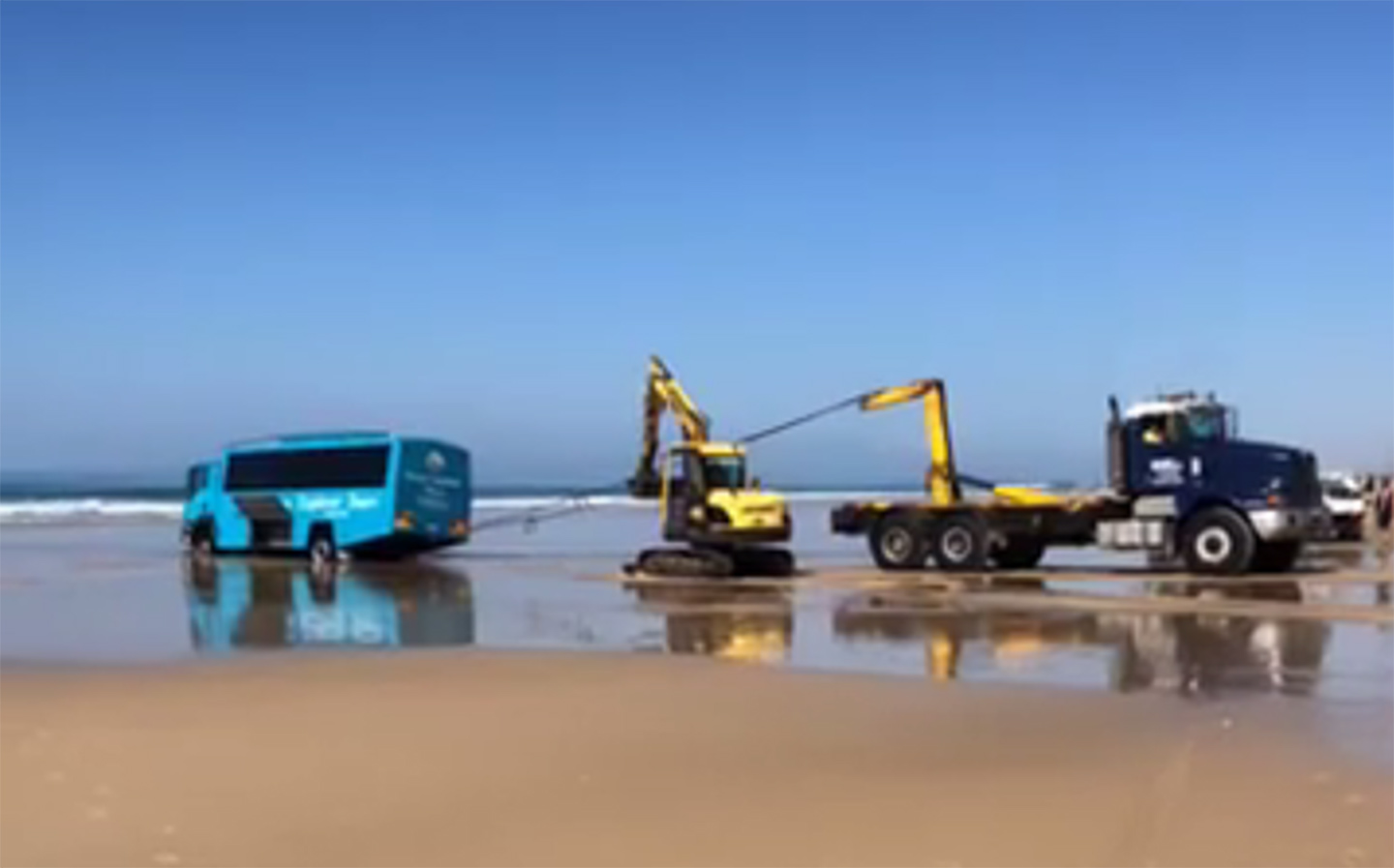 A NORMAL day at the beach involves building sand castles, jumping the waves and watching little white fluffy clouds pass overhead. But for visitors to Fraser Island, in Australia, an idyllic day was interrupted by the dramatic rescue of a passenger bus and sea plane that ended up stuck in the sand – with the tide fast-approaching.

A small fleet of excavator vehicles were put into action, after the tour bus had initially attempted to free a seaplane that found itself stuck on the coastline – only to become beached itself.

Despite the driver’s best efforts, the bus found itself stranded in the sandbar, with the tide slowly starting to drag the vehicle out to sea (though not at a quick enough rate to prevent the bus from being partially buried in the beach).

It’s unknown how long it took to reclaim the stricken bus, but the rescue team that prised it away from Fraser Island’s coastal clutches estimated the operation would take up to six hours.