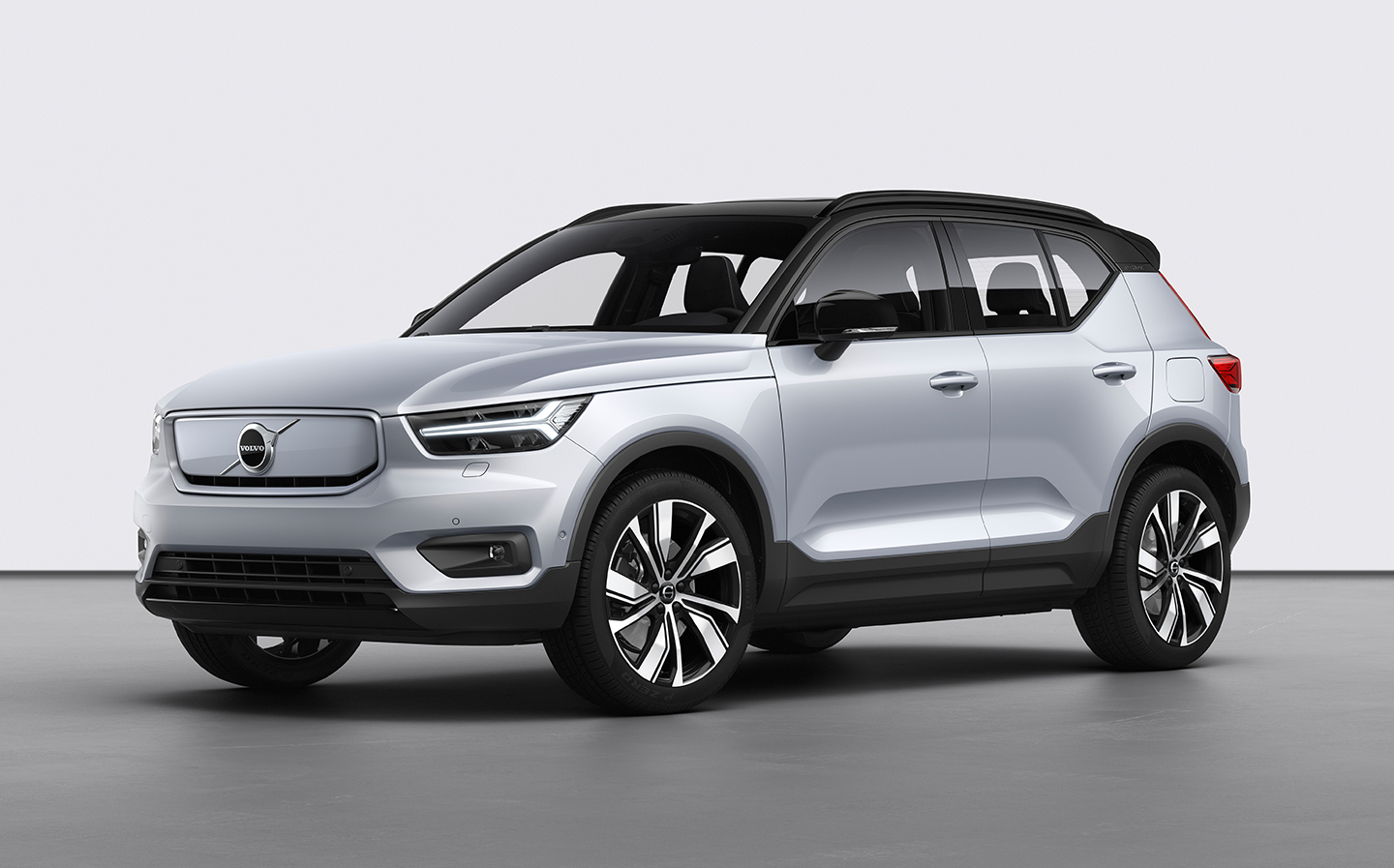 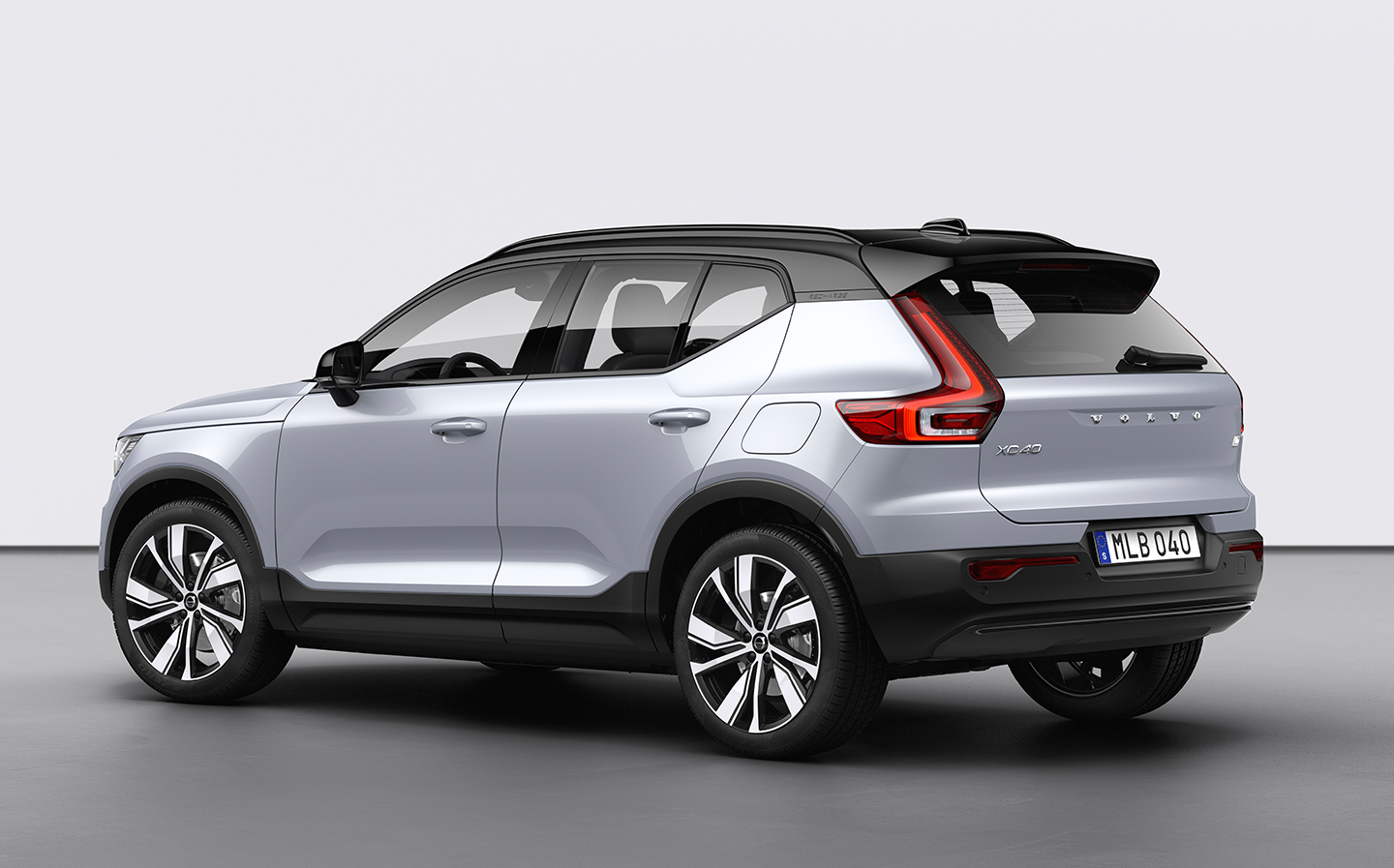 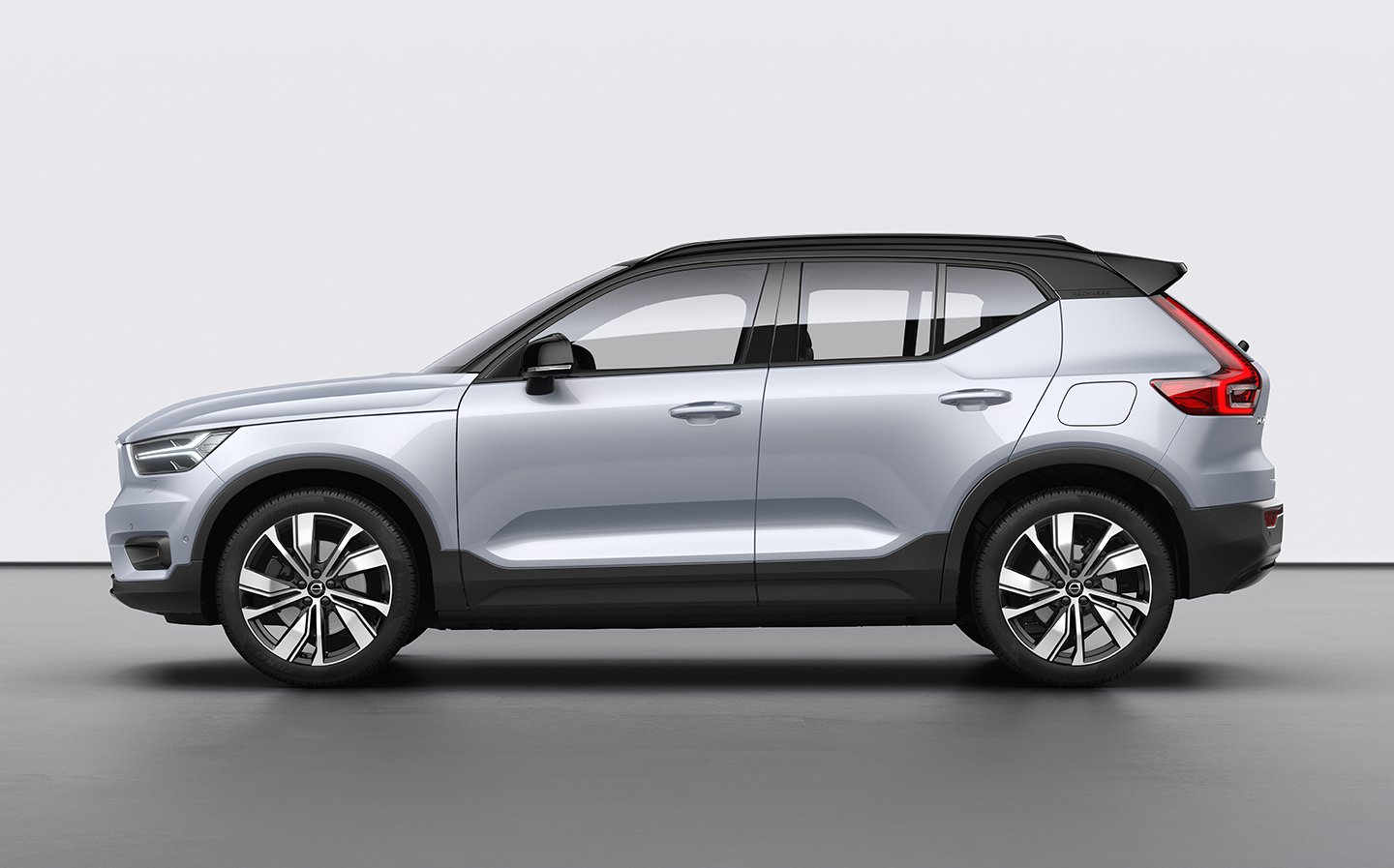 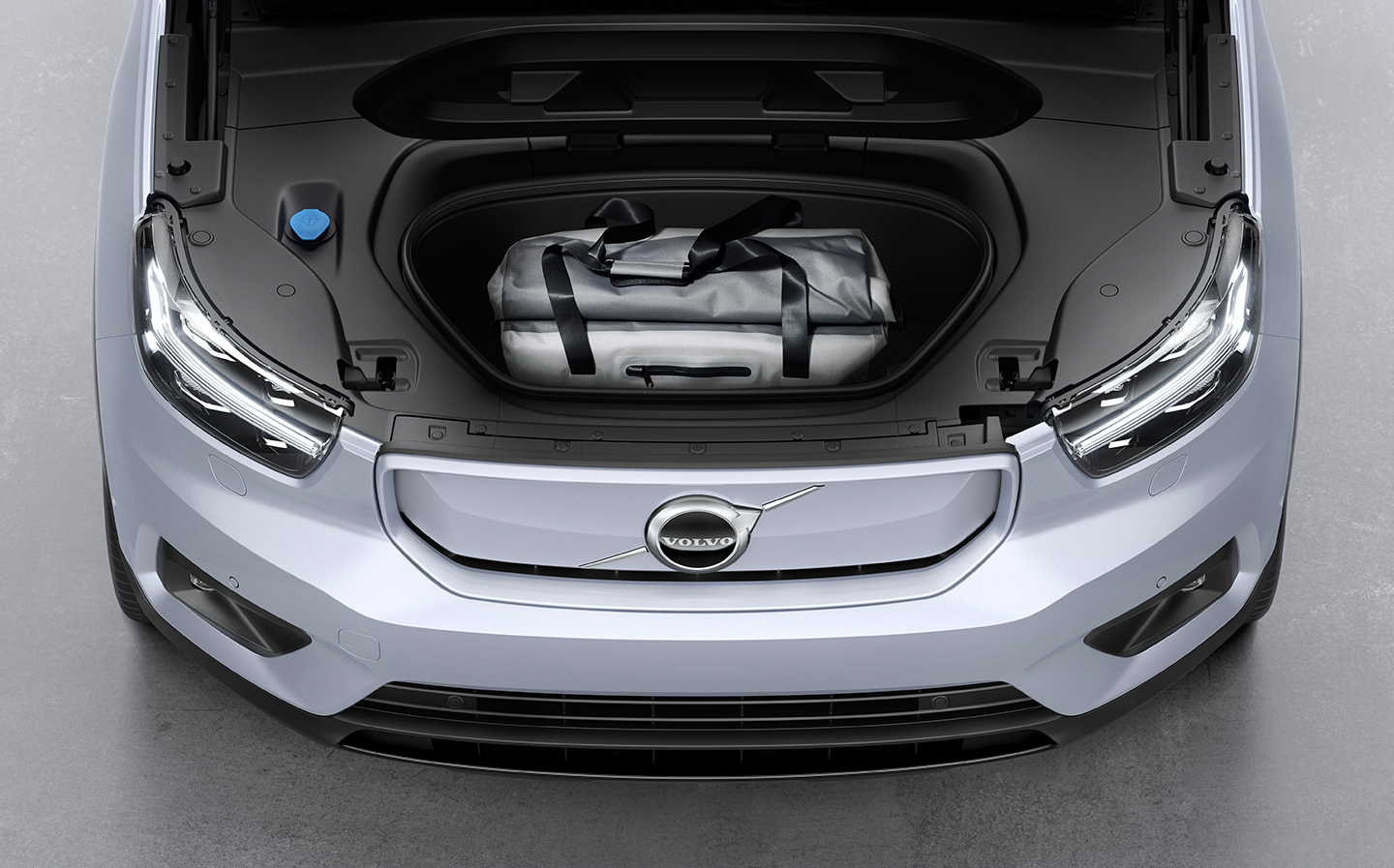 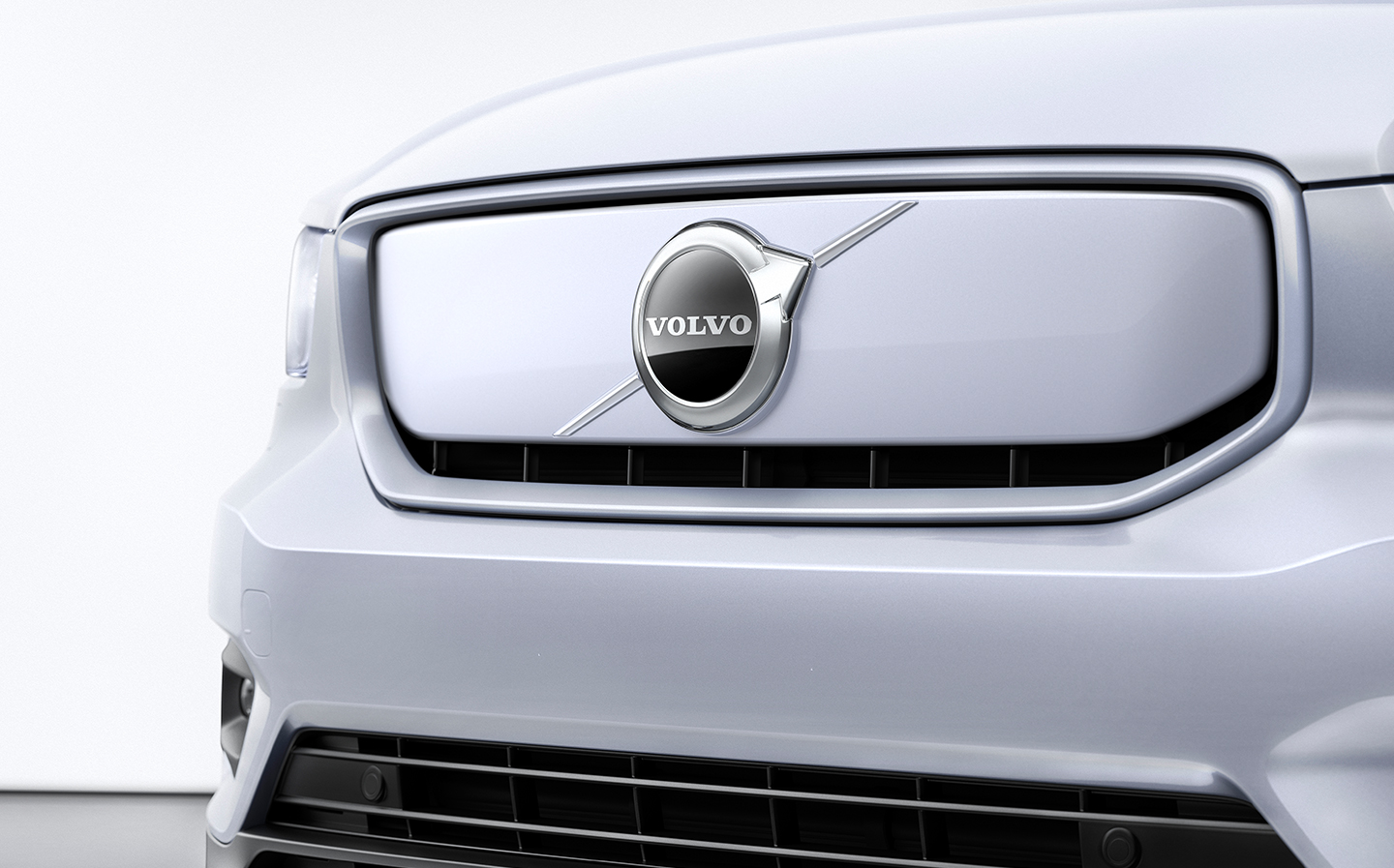 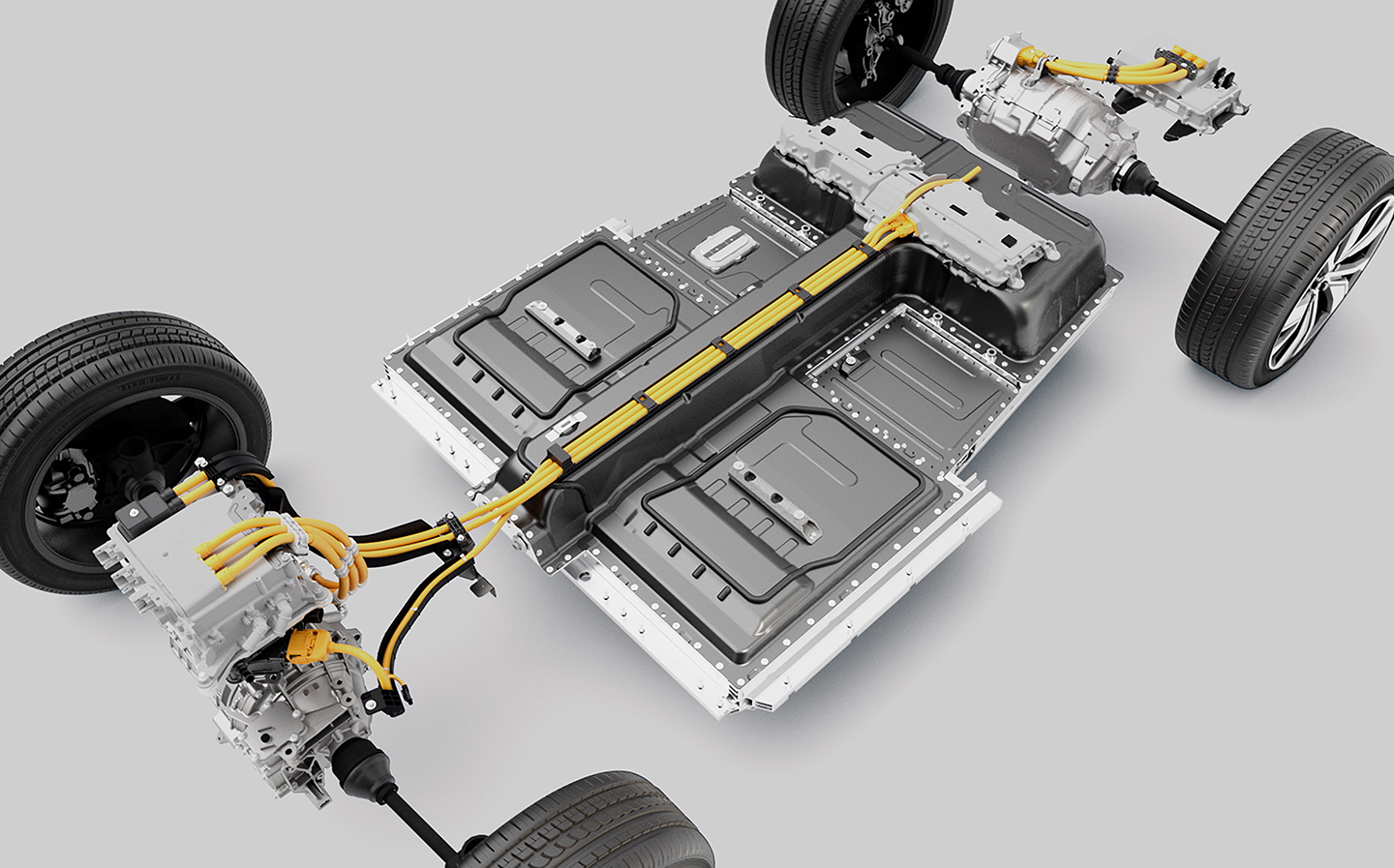 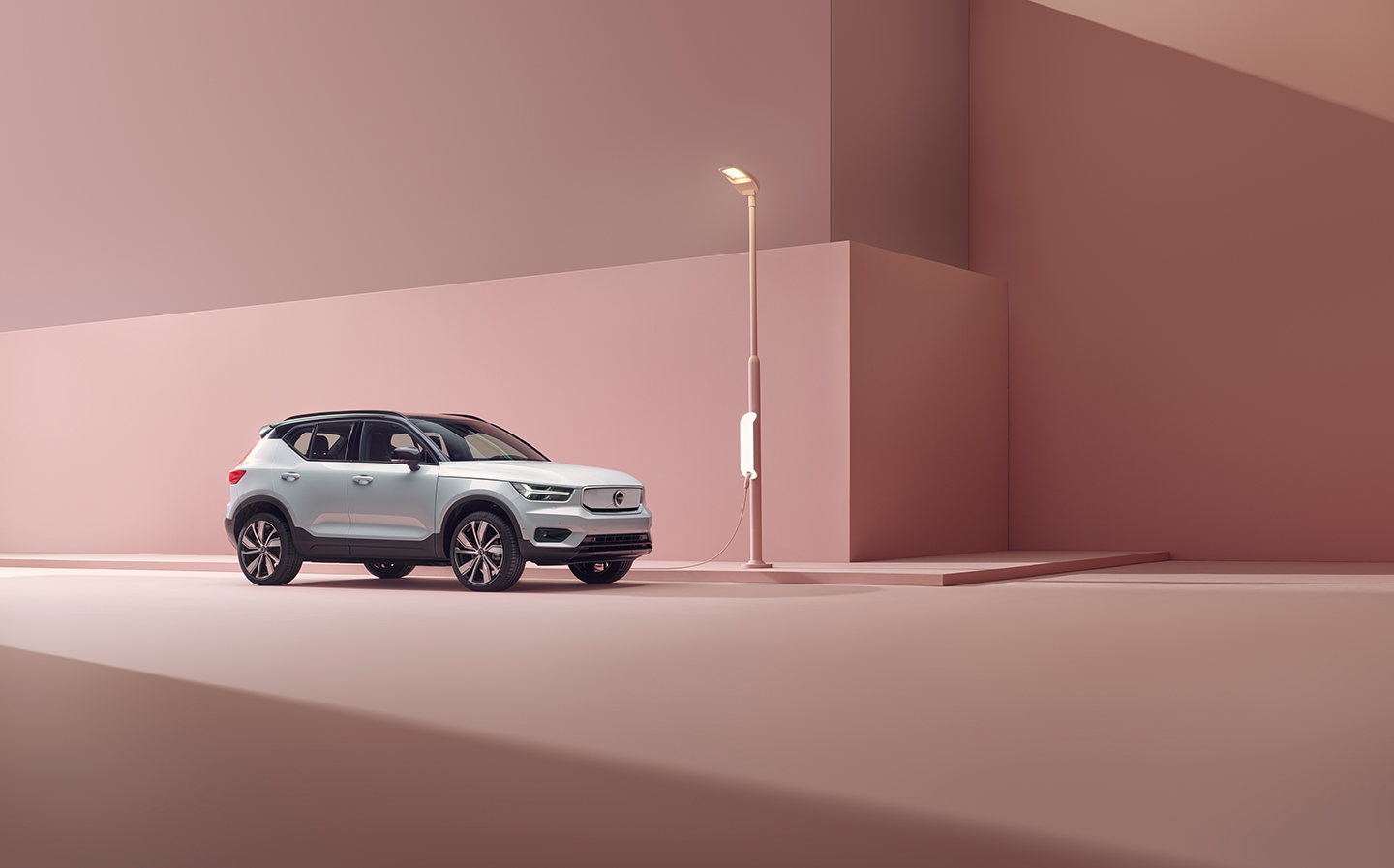 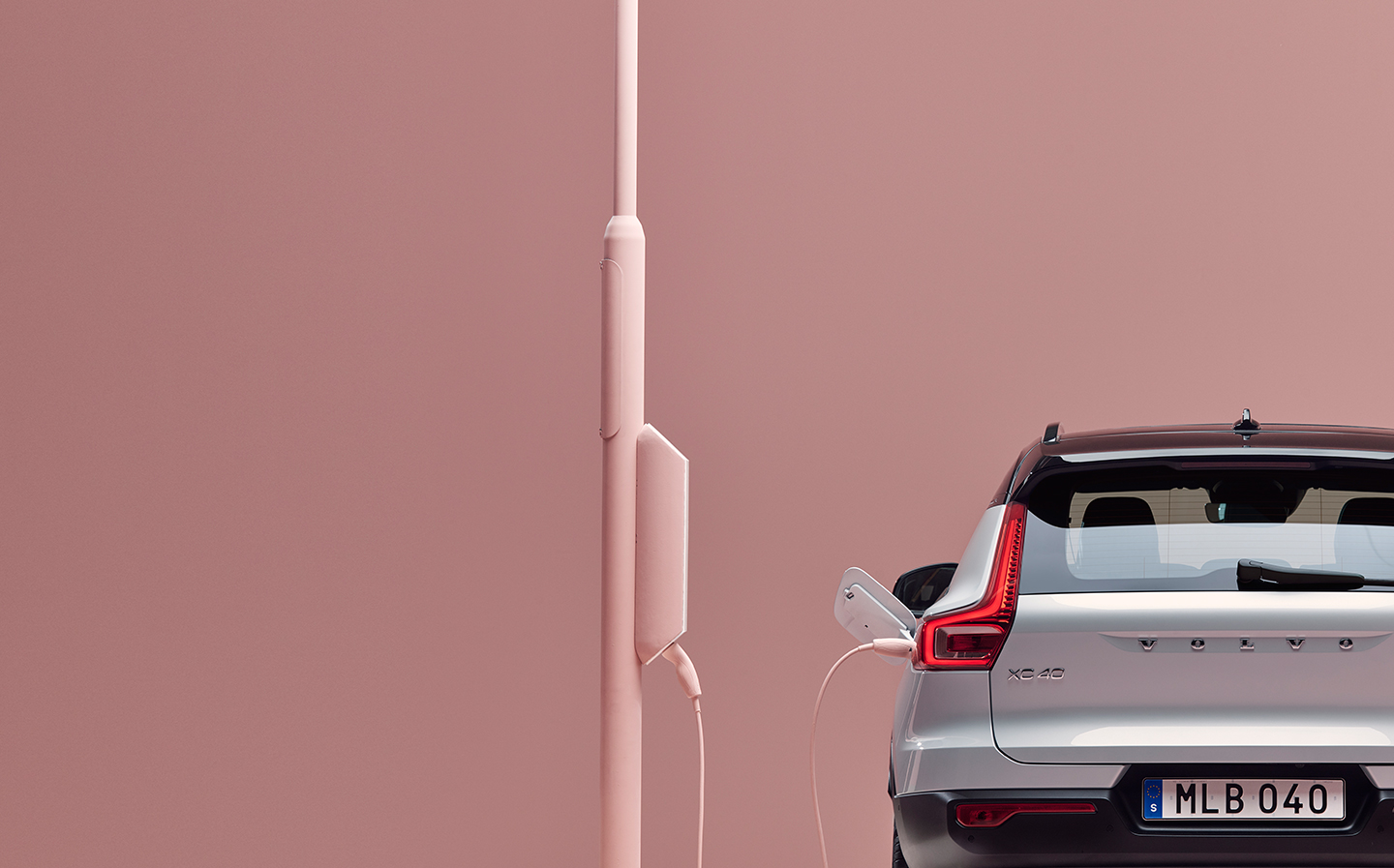 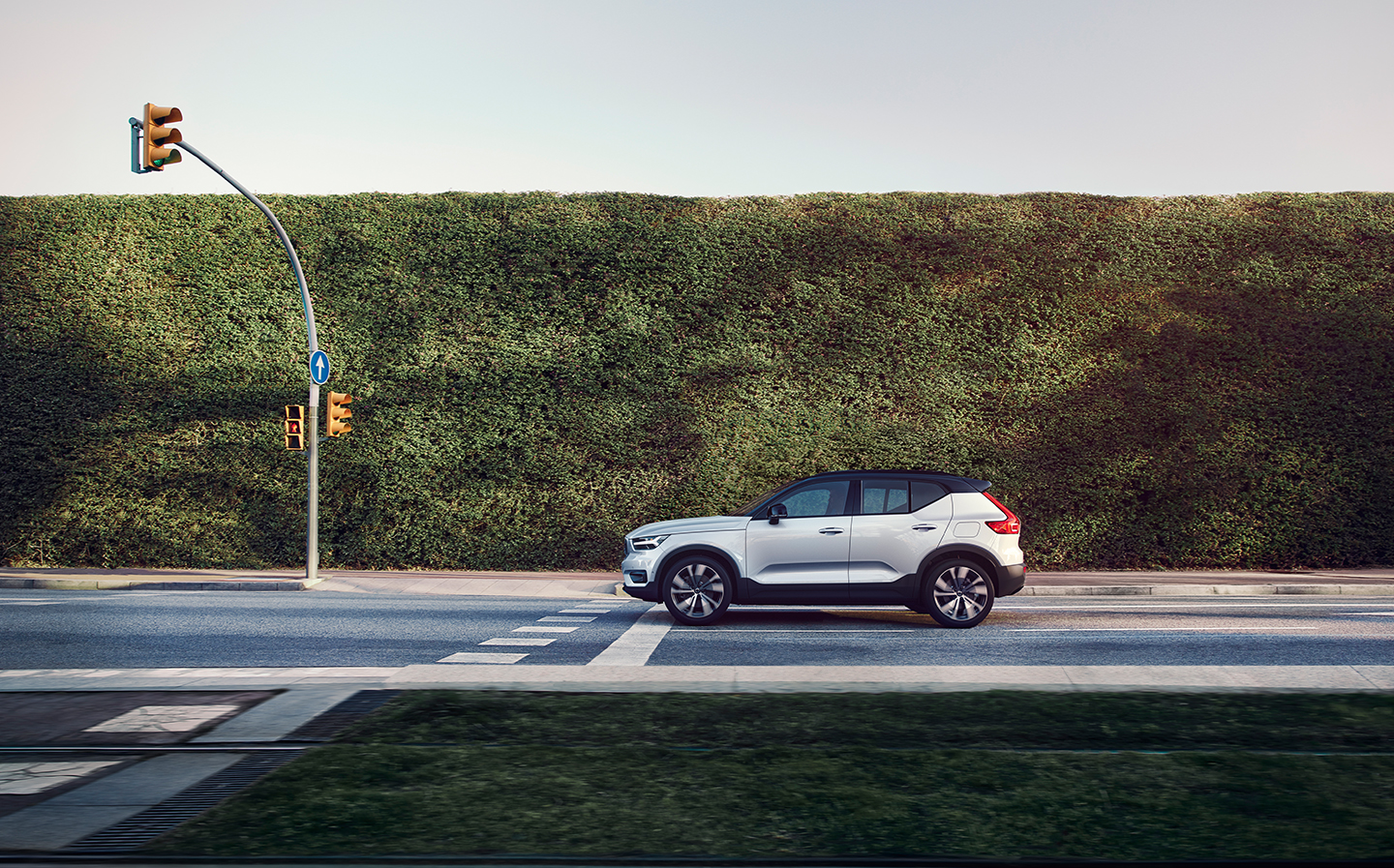 Based on the petrol XC40, the plug-in version is identical in many ways to the petrol, diesel and “Twin Engine” plug-in hybrid versions. All the exterior dimensions and almost all of the design details are the same, with the only major differences being the covered up front grille and the “Recharge” script on the rear pillar. Volvo says the all-electric XC40 is just as accommodating for passengers as the regular car.

The boot does lose some space, however: while still fairly spacious at 413 litres, it’s a noticeable downgrade from the 586 litres capacity of the petrol and diesel-powered cars. The Recharge claws back some cargo-carrying ground when you fold the rear seats down, though (1,342 litres versus 1,336 litres), and the absence of any engine under the bonnet means there’s an additional 31 litres of luggage space up front.

Another point of differentiation — at launch, at least — will be a major upgrade on the infotainment front: the XC40 Recharge’s Android-powered  system is similar to the one first seen in the Volvo-owned Polestar 2, and offers “unparalleled customisation”, according to the car maker. We tried the Polestar system at Goodwood Festival of Speed this year and it is slick and intuitive, allowing seamless integration with phone apps including Google Navigation, Waze and Spotify.

Of course, the pure-electric powertrain is the major difference over the other XC40s. The XC40 Recharge can be driven “more than 248 miles” (WLTP) on a single charge, according to Volvo, putting it on par in terms of range with another premium SUV, the Audi e-tron (up to 255 miles) and comfortably ahead of the forthcoming upmarket DS 3 Crossback E-Tense (up to 200 miles). The Volvo will fit between the two in terms of size, however.

It will also have a similar range to the forthcoming Volkswagen ID.3 hatchback, which will likely have a similar pricetag (although prices are still to be confirmed). Competition will also come from the similarly-sized Kia e-Niro and Hyundai Kona Electric, though those cars are capable of around 280 miles per charge.

Quoted charging speeds are pretty brisk, with Volvo saying the XC40 Recharge’s big 78kWh battery pack can be charged from flat to 80% in just 40 minutes, if you can find an ultra-powerful 150kW charging point (they’re rare in the UK at present). When the XC40 Recharge is plugged into an 11kW charging point, which is common for home charging wallboxes, Volvo says it will take around 7.5 hours to fully replenish the batteries.

While there’s still a lot Volvo has yet to tell us about the new XC40 Recharge (we don’t know when the car will go on sale, nor how much prices will start at when it’s launched in the UK), we do know the SUV represents an important stepping stone for the Swedish car maker as it strives to become a “climate-neutral company” by 2040.

Volvo says the pure-electric XC40 ushers in a new range of plug-in models under the “Recharge” brand, and the Swedish car maker says it will launch a new pure-electric model every year for the next five years. By 2025, the car maker wants half of all the cars it sells worldwide to be pure-electric.

The UK's top 10 most popular cars of 2021 according to the official sales data from the SMMT. 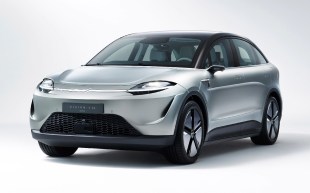 Sony has unveiled a new electric car concept, hinting at its ambition to become a fully-fledged car manufacturer.