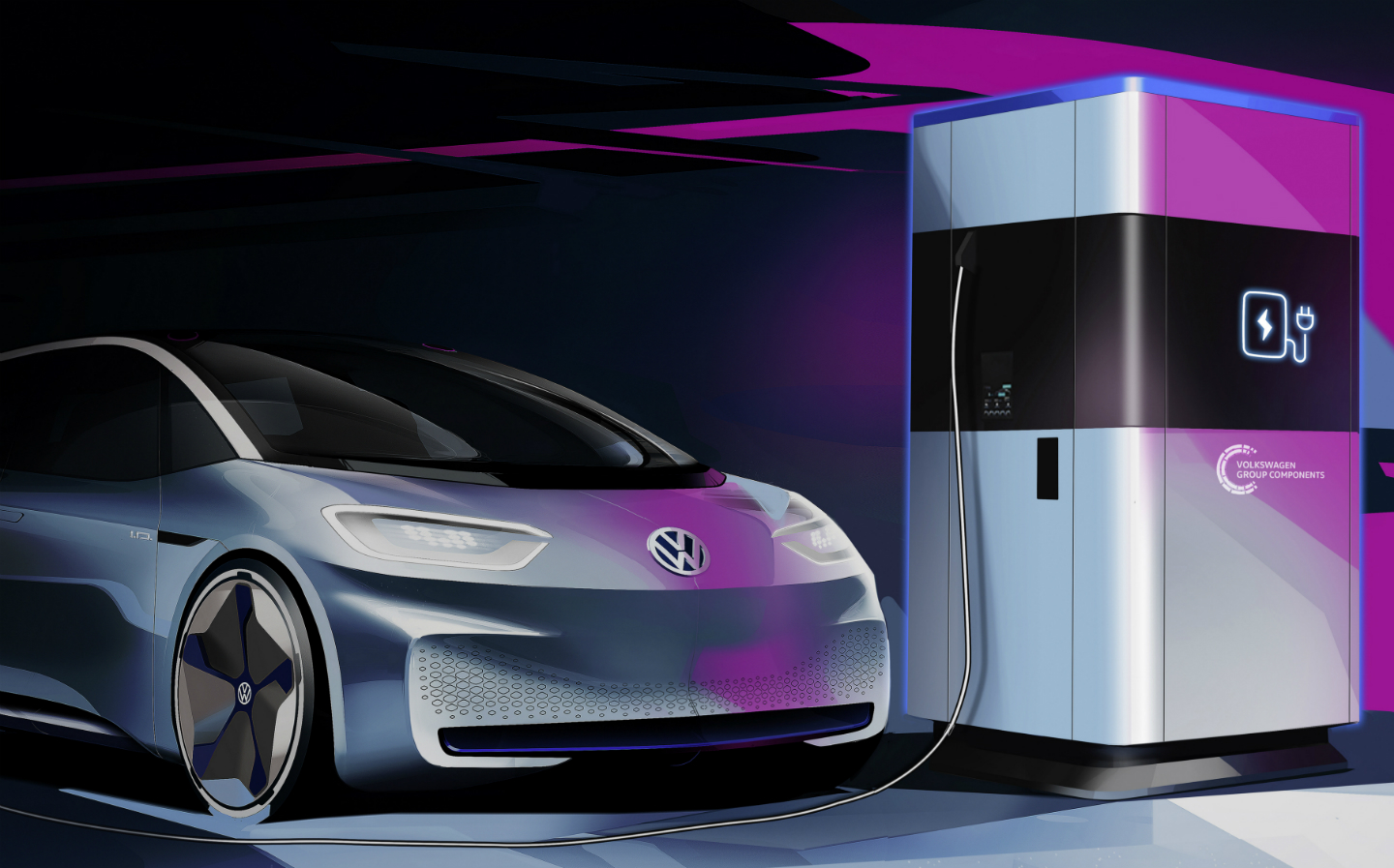 VOLKSWAGEN has revealed details of an intriguing mobile charging point that can be dropped in place to top up electric cars, and removed to be recharged when drained of power.

Set to launch later this year as part of a pilot programme in Volkswagen’s hometown of Wolfsburg, Germany, the mobile charging points have been likened by the company to mobile phone powerbanks.

The charging stations store energy using built-in batteries and can be replenished with a mains electricity power supply or from a renewable source such as a solar panel.

Using the same tech that will be featured in Volkswagen’s upcoming range of pure-electric cars, the mobile chargers’ batteries can store up to 360 kWh of electricity — enough to recharge up to 15 electric cars before it needs to be topped up again, the company claims.

Though Volkswagen has developed the mobile points to be temporary installations at places such as car parks and “large-scale venues”, the charging stations have also been designed to help assess where future permanent chargers should located. Local authorities can use VW’s mobile charging stations to determine where best to install charging points in towns and cities.

Once the Wolfsburg trial ends, Volkswagen says it will consider expanding the mobile stations to other areas, with the car maker revealing plans to put the mobile charging points into production next year.

Volkswagen isn’t the first company to develop a smart solution to electric car infrastructure issues. Lamp post-based charging points were introduced to the London borough of Southwark in September 2018, and the Chinese electric car start-up Nio plans to have a fleet of over 1,200 electric vehicle recharging vans by 2020.