A STAR Wars-style hoverbike has been tested successfully in Russia.

The footage above shows the pilot using the machine in a warehouse in Moscow, the rotors spinning close to his calves. Hoversurf, the makers of the Scorpion-3, plan to sell it for about £120,000 and said that it would initially be used for extreme sports, but could go on to be bought by commuters.

The Scorpion-3 looks like a quadcopter drone, with a bike’s chassis mounted on top — the creators say that it is meant to have the manoeuvrability and ease of control of a teenager’s dirt bike.

It can carry 19st while hitting speeds of 30mph and reaching an altitude of 33ft. It can stay airborne for almost half an hour on one charge.

The rider has manual control but an inbuilt safety mechanism limits the aircraft’s speed and altitude. 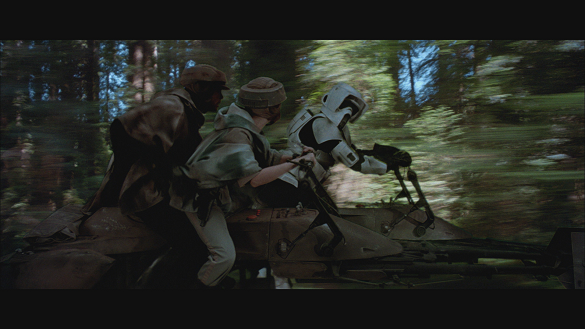 Owen McAree, a specialist in drone technology at Sheffield University, said: “I can see them being popular in extreme sports but I doubt they’ll make it into general use because of the safety risk of the rotors failing and causing the bike to fall from the sky.

“Hoverbikes have much more scope in the military context, where they could get soldiers over difficult terrain fast, at less risk from IEDs and landmines.”