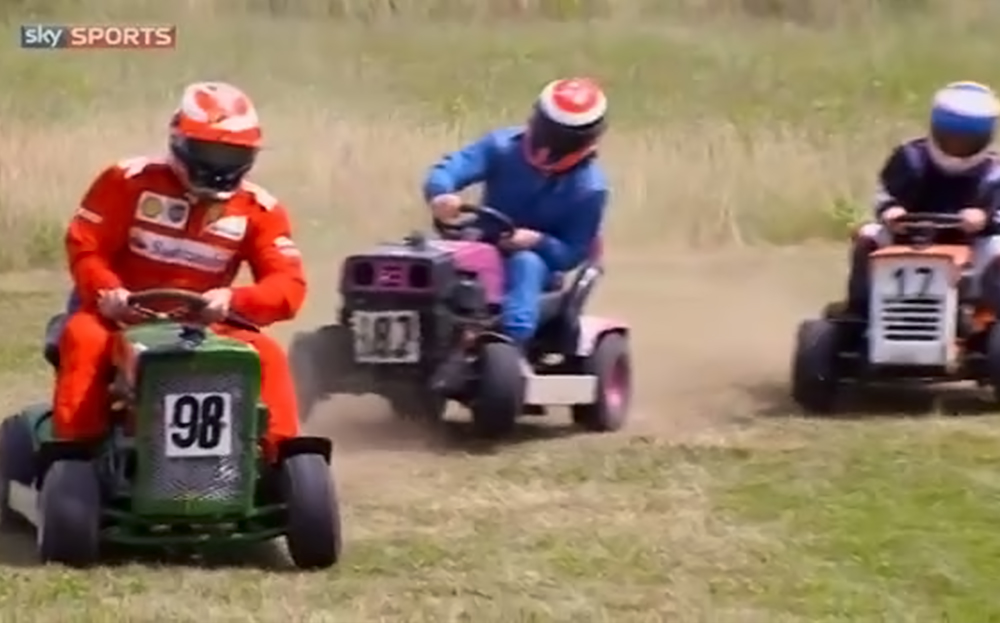 LAST WEEKEND’S British GP at Silverstone may have been a disaster for Kimi Raikkonen when his heart-stopping 150mph crash on lap one forced the red flags out, and a long delay while marshals repaired the barrier.

But the Flying Finn did secure one victory earlier in the weekend against the Sky Sports F1 team of former F1 stars Martin Brundle, Johnny Herbert and Anthony Davidson. On lawnmowers.

Watch what happened in the video below.

Following the accident during the grand prix, which registered 47 g on impact with the barriers, Raikkonen was able to limp from the car having, fortunately, sustained bruising only to his left ankle and knee. He was, however, ruled out of this week’s two-day  F1 test session at Silverstone to allow him time to recover.