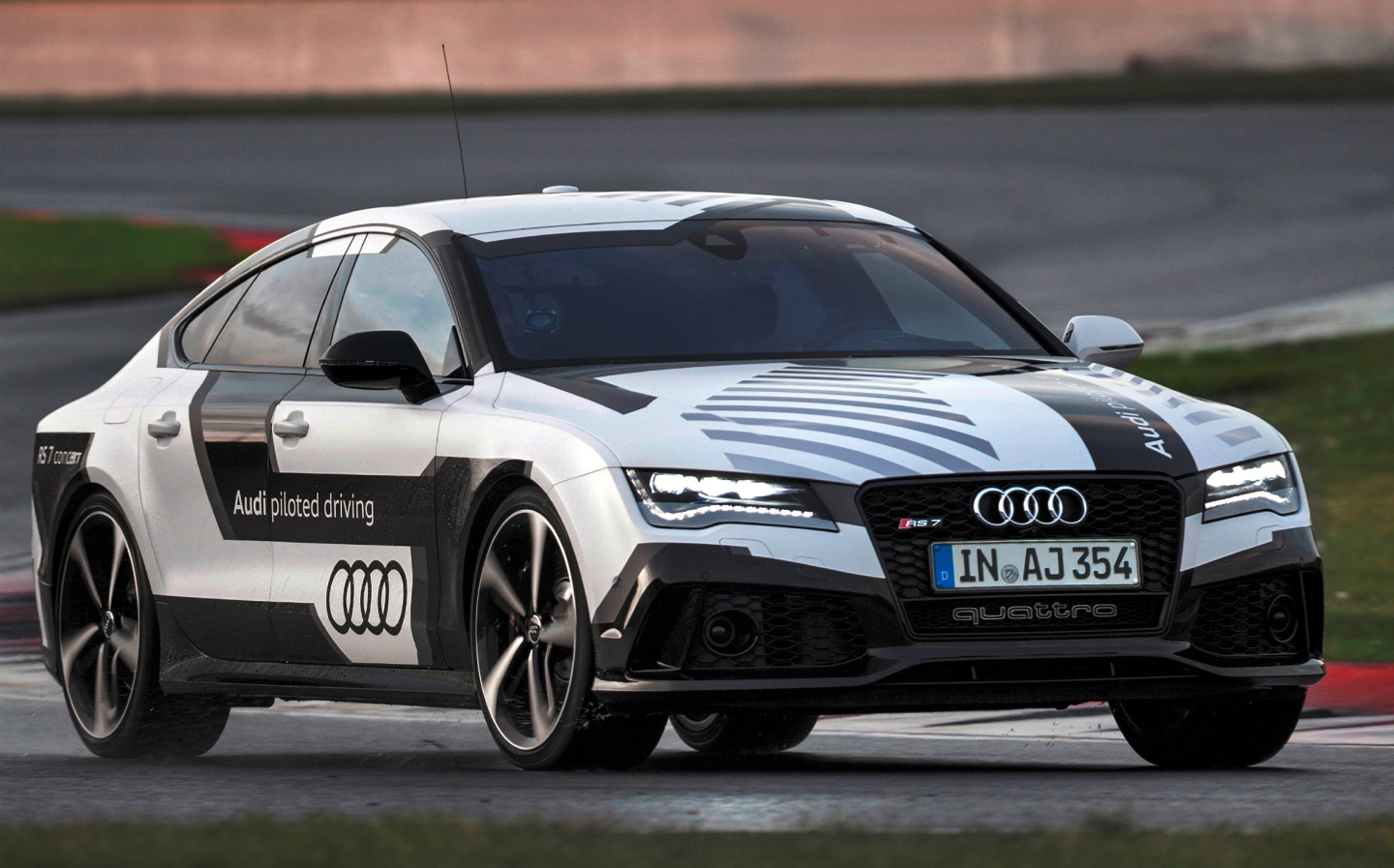 WHILE GOOGLE’S self-driving car creeps around the streets of Mountain View, California, feeling its way carefully into the future, an Audi RS 7 Sportback is set to thunder around Germany’s Hockenheim Grand Prix circuit on a mission to crack a lap in a little over two minutes – without a driver.

At least that’s the plan. The car, brimming with Audi’s latest autonomous driving technology capable of guiding it with millimetre precision at speeds of up to 149mph, takes to the track on Sunday, October 19 as part of the programme for the final German Touring Car Championship (DTM) race.

Fortunately, it won’t be alone. A human, presumably with nerves of steel, will be in the driver’s seat ready to take over in an instant should any of the RS 7’s autonomous systems fail.

AUDI’S AUTONOMOUS RS7 completed its hot lap of the Hockenheim circuit, taking just over two minutes to complete the run.

Reaching speeds of up 140mph and pulling as much as 1.1G through turns, the car’s 3D cameras, mapping software and electronic systems performed flawlessly,  although the same can’t be said for Audi’s microsite, which was brought down by the volume of visitors during live coverage of the event.

Ulrich Hackenburg, Audi’s head of technical development, said that the challenge means that Audi has demonstrated that autonomous technology can be used safely in all driving conditions, whether parking outside the local supermarket, driving in stop-start rush hour traffic or flying around a racing track.

Watch Audi’s film to experience the eerie sight of an RS7 on a hot lap without anyone at the wheel.