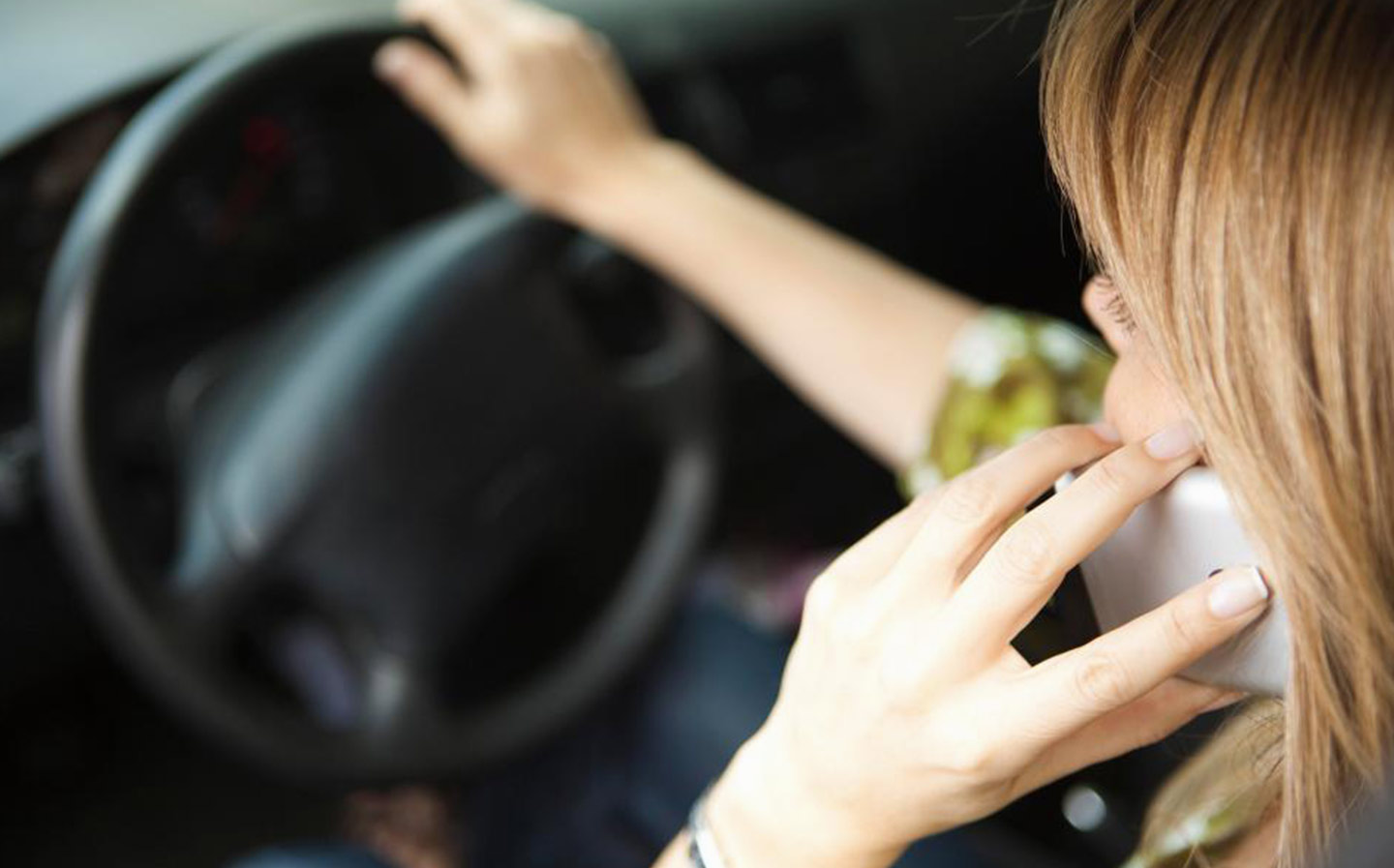 MOTORISTS in the UK are slapped with some of the highest fines in Europe for using a handheld mobile phone while driving, a new study has found. Yet a worrying number of drivers still flout the law.

It’s illegal to hold a phone or sat nav while driving or riding a motorcycle in Britain and the penalty for offending was increased 12 months ago to six points on your driving licence, which means an automatic ban for anyone who passed their test in the last two years, and a £200 fine.

At the equivalent of around €225, UK fines are only surpassed by the Netherlands, where it will cost you €230 if you’re caught using a handheld phone at the wheel. 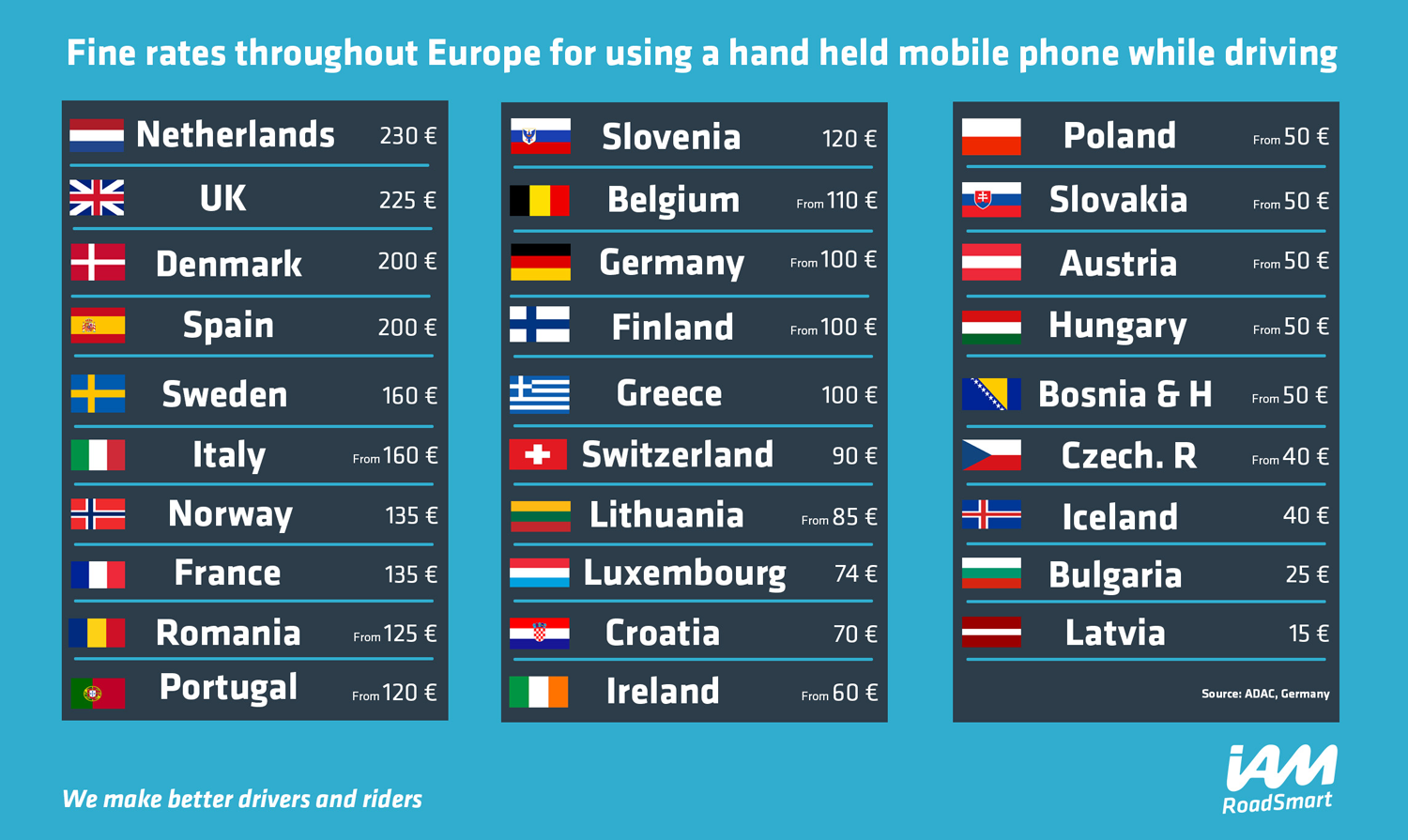 Despite our tough penalties, a recent study showed one in five UK motorists still admit to using a handheld phone while driving.

Figures published by the Ministry of Justice show the number of offenders convicted of “using or causing others to use a handheld mobile phone while driving” stood at 11,961 for 2016 (the last year full statistics are currently available).

A study by road safety campaign group IAM RoadSmart showed that 90% of drivers are concerned by the amount of drivers flouting the law, saying the dangers caused by people accessing social media or email messages while driving was a significant threat to their personal safety, and they felt it was an even bigger threat than drink-driving.

Sarah Sillars, IAM RoadSmart chief executive officer, said: “Motorists need to make the connection that using a handheld phone is a major distraction to the task of driving. There is no such thing as multi-tasking when it comes to driving – when you drive, there is nothing else you should be doing.

“Handheld mobile phone use is a top concern for British drivers and heavy fines and extra points are a key part of the government strategy to combat it. Clearly this is not enough and unless selfish drivers fear that they will be caught, far too many will continue to flout the law.

“What we want to see is a combination of effective penalties, more personal and corporate responsibility and vehicle, smartphone and social media companies working together to generate hi-tech solutions to the distractions caused by their technology.”

She added: “No call is worth risking your own or someone else’s life for. Remember, make the glove box the phone box and put temptation out of reach.”