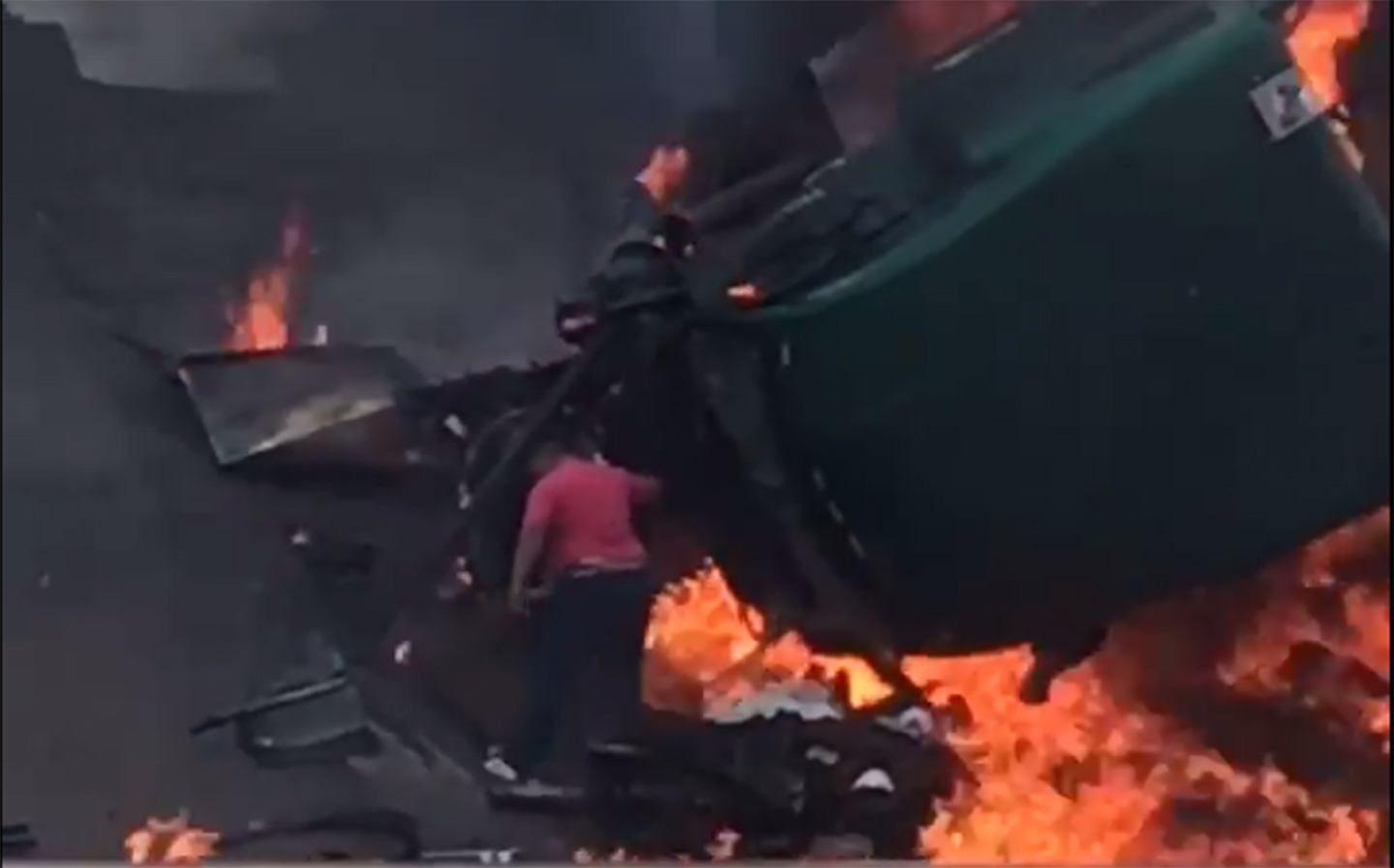 THE FIERY aftermath of a semi truck (‘articulated lorry’ to us) crashing into a bridge has been captured on video.

Amazingly, no major injuries were reported by local authorities in the collision next to an underpass road in Texas, USA.

Though the crash itself wasn’t caught on camera, the footage does show the blazing aftermath of the shocking collision. The bystander also managed to film the incredible moment that the topless truck driver managed to flee from the wreckage in somewhat of a daze.

According to local reports, the crash occurred when the truck veered to the right onto the underpass’ embankment as the driver was reaching for a water bottle in the cabin. The goods vehicle then ended up smashing straight into a utility bridge further ahead.

The road was only closed for roughly 24 hours as emergency teams cleared up the effects of the crash.

Although no deaths or major injuries resulted from this shocking incident, the truck driver was submitted to hospital to have minor injuries treated.