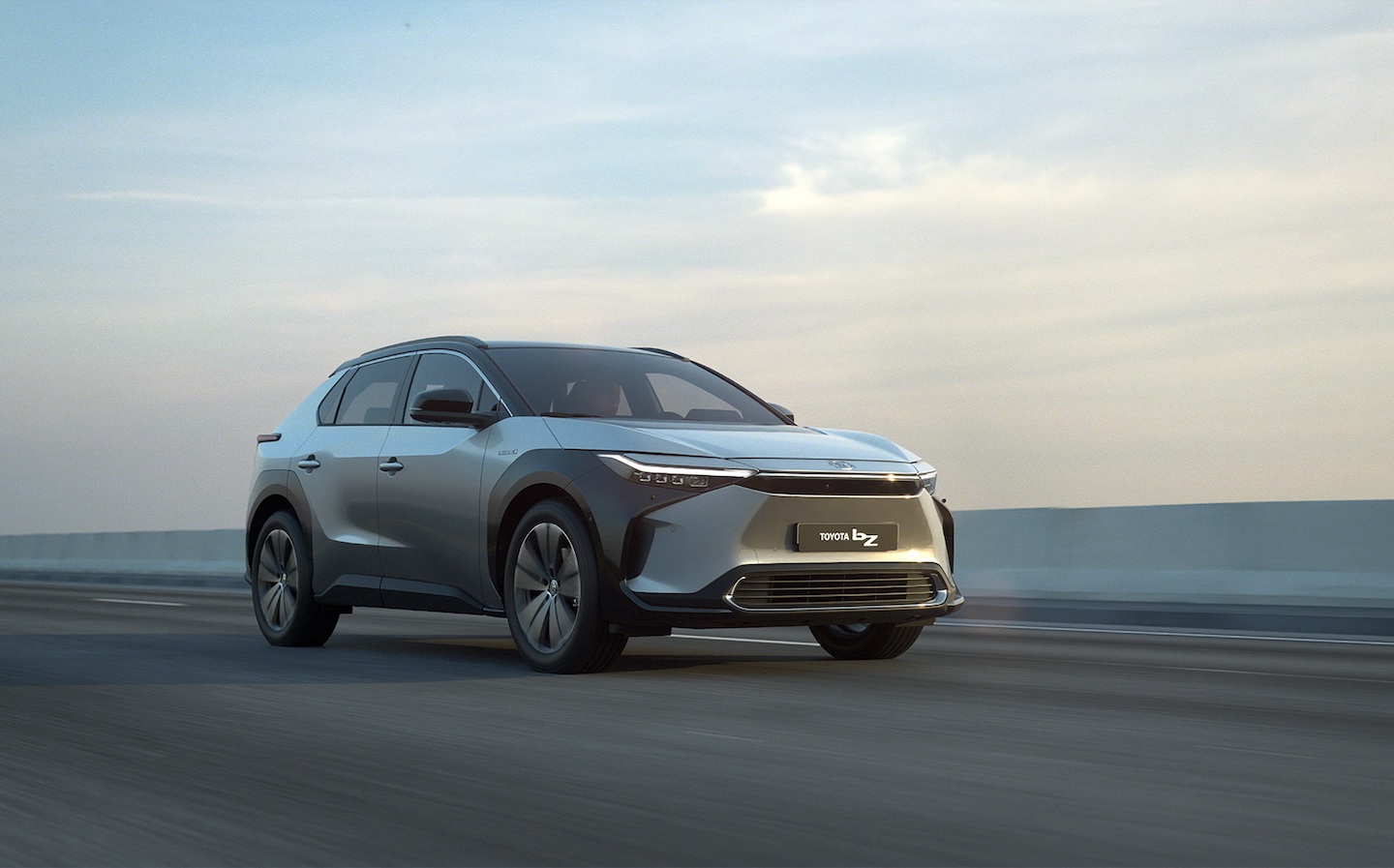 TOYOTA has revealed its first battery-electric model, the bZ4X SUV, which it says will form the first part of a whole range of “beyond zero” bZ electric vehicles.

In terms of its size and place within Toyota’s range, the bZ4X provides a pure-electric alternative to the RAV4. Thanks to its newly-developed platform, the new model is lower and sleeker in profile with a wheelbase 165mm longer than the RAV4 despite being just 90mm longer in overall length.

The bZ4X does away with a grille, keeping only a black strip housing autonomous driving sensors between the LED matrix headlamp units. A smaller air intake does, however, sit in the lower apron below the registration plate.

Sharp angular styling cues and black plastic wheel-arch trims give the new model a rugged, slightly more outdoorsy look than the RAV4, though those arch liners are likely as much a protection against stray car doors and shopping trolleys as against trees and boulders. The alloy wheels filling out those arches can be specified up to 20 inches. 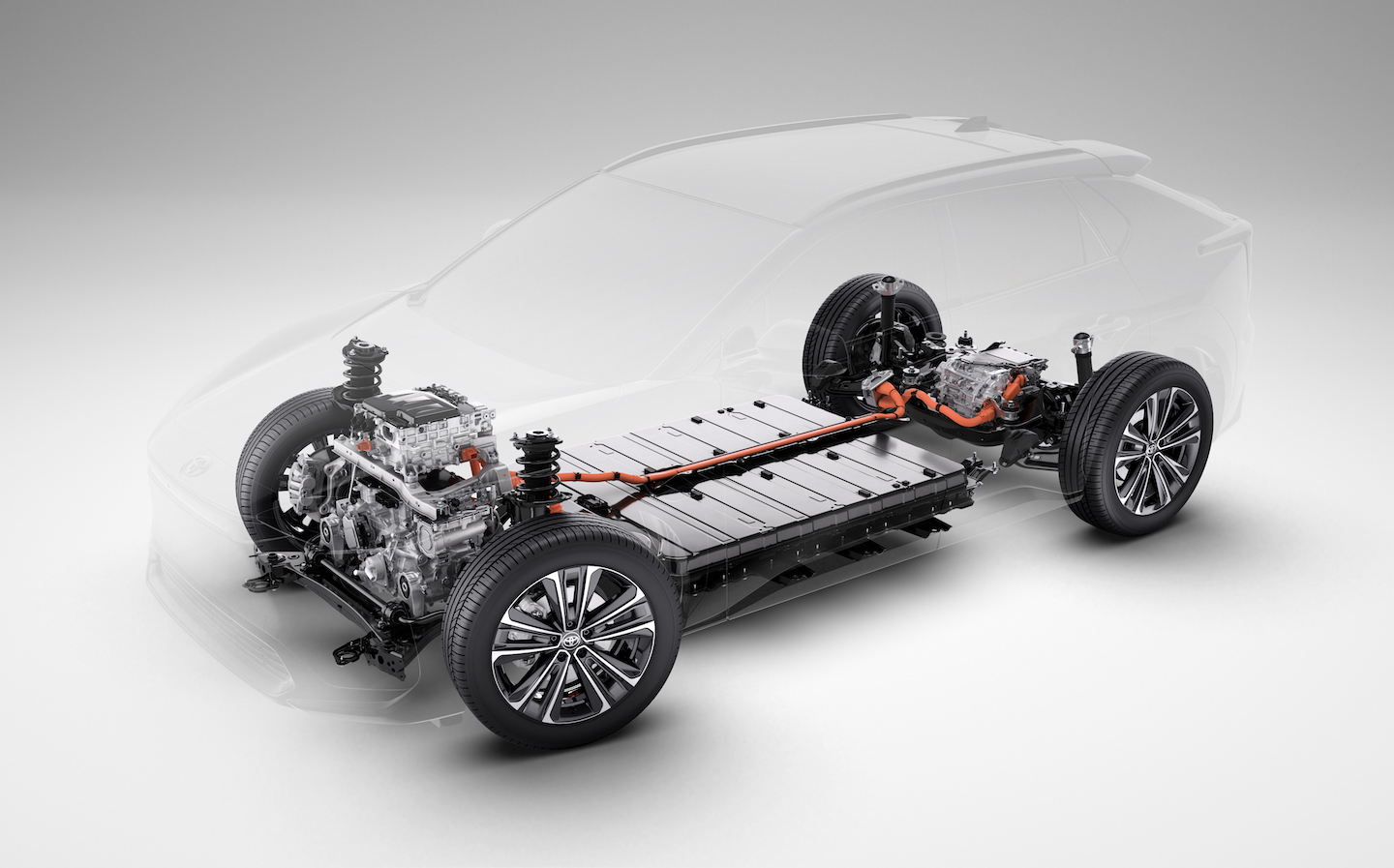 The interior is where the benefits of the new vehicle architecture start to shine through. Toyota and Subaru jointly developed the e-TNGA platform and the architecture will underpin the upcoming Forester-sized Subaru Solterra due in 2023 and another electric Lexus model possibly arriving next year.

One of the two main benefits of the new EV platform is that it allows the batteries to be mounted under the floor and low-down on the chassis, creating a lower centre of gravity and reduced overall height.

The second significant upside is that it creates a lot of interior space with plenty of rear legroom — one metre, according to Toyota, between the front-seat occupants’ and rear-seat passengers’ hip points. That’s around the same as that of a Lexus LS luxury saloon. In addition, the bZ4X gets 452 litres of boot space. 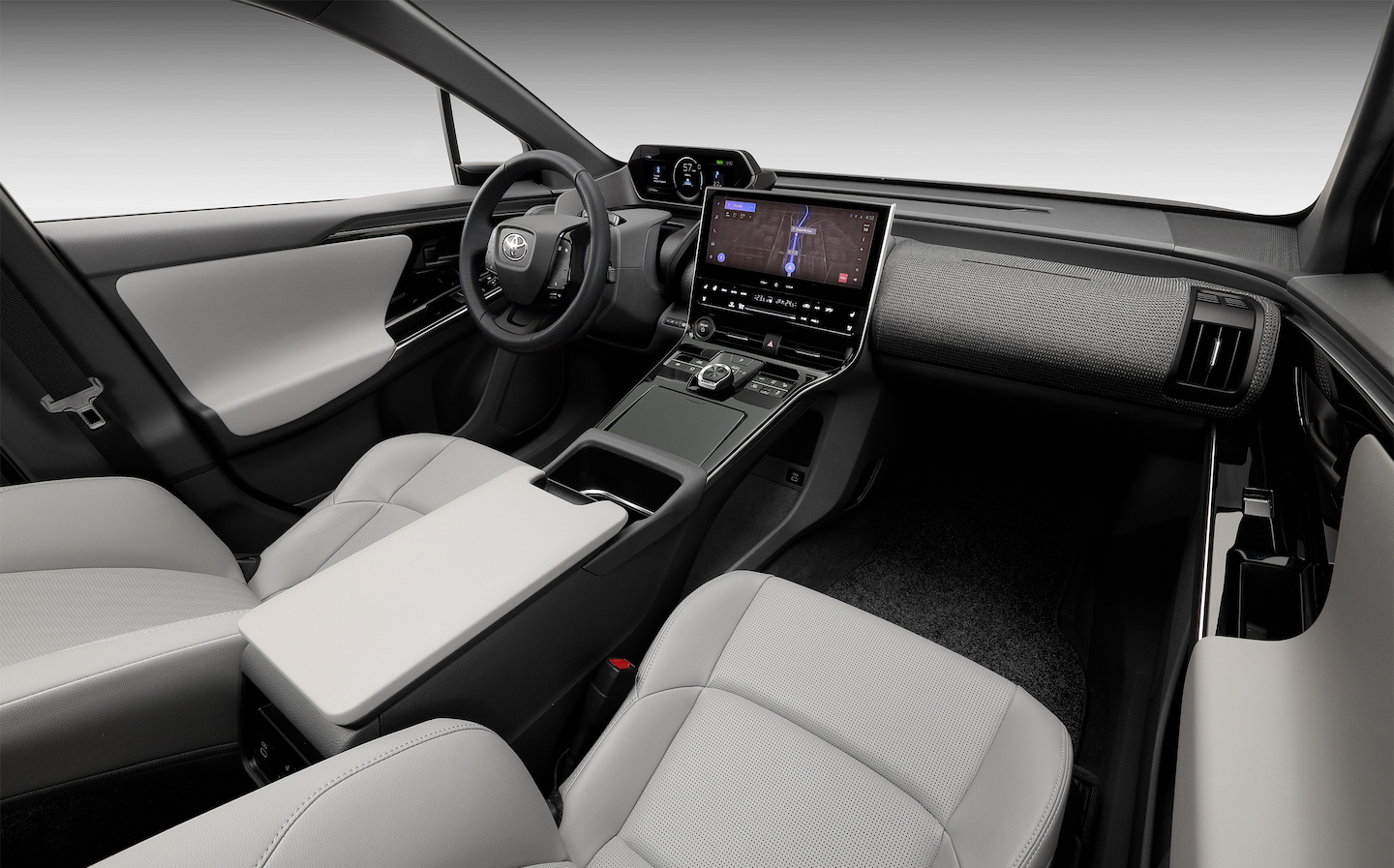 Aside from space, a 7in digital instrument cluster is mounted low in the driver’s eye line for greater visibility and a sizeable centrally-mounted touchscreen for infotainment and control functions sits in the middle. A large panoramic roof gives the cabin a light, airy, even more spacious feel.

The new platform has allowed Toyota to develop a fly-by-wire steering system that removes most of the mechanical componentry between the steering wheel and the road wheels. Toyota says this change results in more driver legroom, greater ease of entry and exit, and reduces extraneous vibrations reaching the driver’s hands. European models will not receive the “One Motion Grip” steering-by-wire system from launch, though it will be available at a later date.

Two versions of the bZ4X will be available when the model gets here next May — a front-wheel-drive single-motor version and an all-wheel-drive dual-motor model.

Power comes from a 71.4kWh battery pack which Toyota says promises 280 miles between charges. Both models have 150kW fast charging capability that can recharge a battery from empty to 80% capacity in 30 minutes. On-board solar panels in the roof help boost battery life, particularly in cold weather when range tends to suffer.

The single-motor model delivers 201bhp with claimed acceleration for the 0-62mph dash 8.4 seconds. 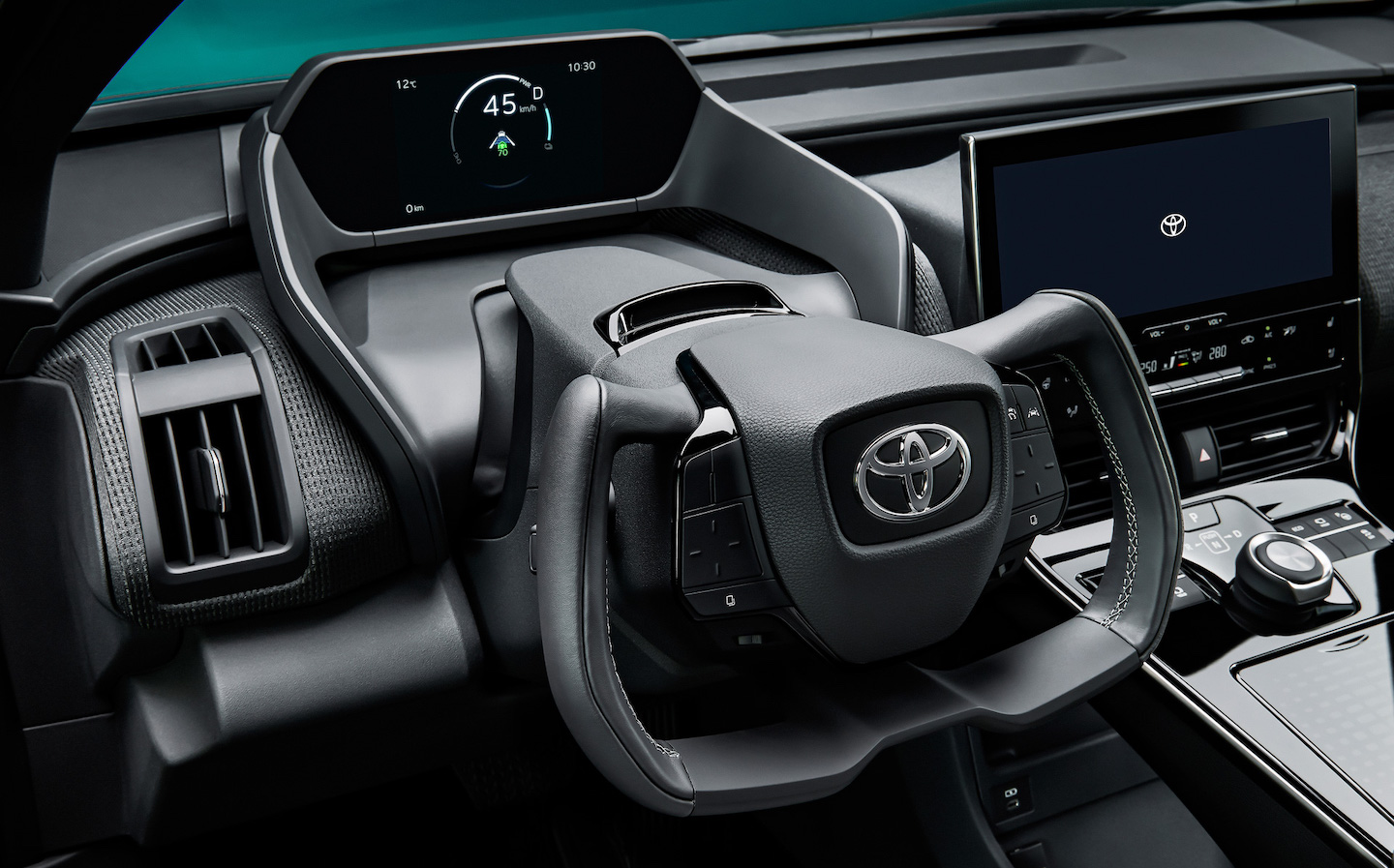 The dual-motor all-wheel-drive version is capable of 215bhp and reaching 62mph in 7.7 seconds and features control functions to optimise performance on mud, snow and other challenging conditions.

The bZ4X is an important vehicle for Toyota. Since the first Prius in 1997, it has put all its electrification eggs in the hybrid basket. In a major departure, Toyota has said that it will launch at least 15 battery-electric vehicles by 2025, including seven bearing the bZ sub-brand nameplate. Hybrid-electric models are, however, still expected to form a significant part of Toyota’s line-up.

Toyota will announce pricing for the bZ4X closer to its arrival next May.