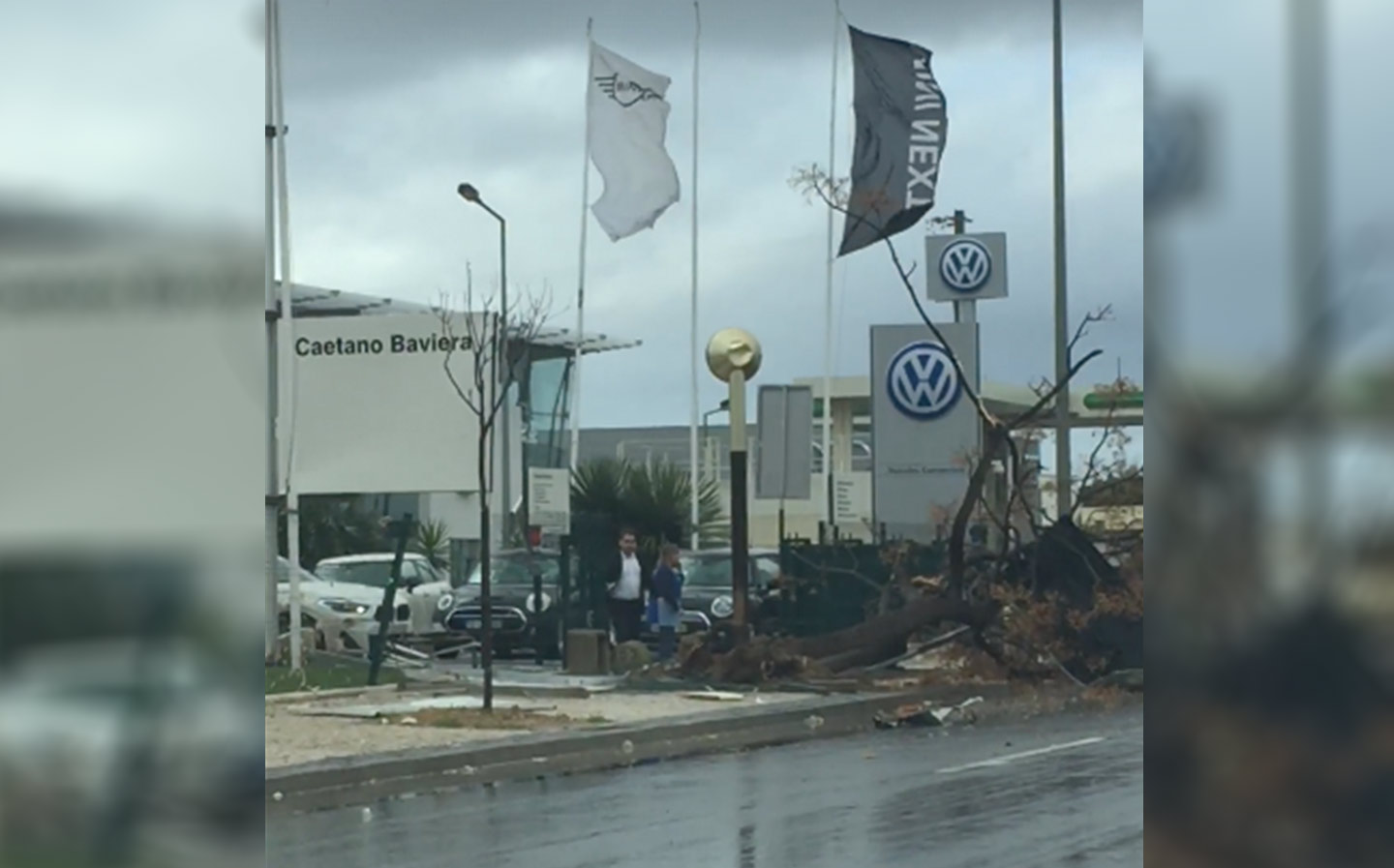 VIDEO from a passing car captured the aftermath of a tornado that ripped through Faro, Portugal yesterday (March 4), downing trees and damaging a number of car dealerships.

The Portuguese Institute of the Sea and the Atmosphere (IPMA) classed the tornado as ‘F1’ on the Fujita scale, meaning gusts of between 73mph and 112mph.

Diario de Noticias reported that the storm also caused damage to homes, a shopping mall and a football stadium in Faro. This is the second time in less than a week the city has been hit by a tornado, according to the Portuguese daily newspaper.

This video shows damage to a car dealership in Faro and downed trees.