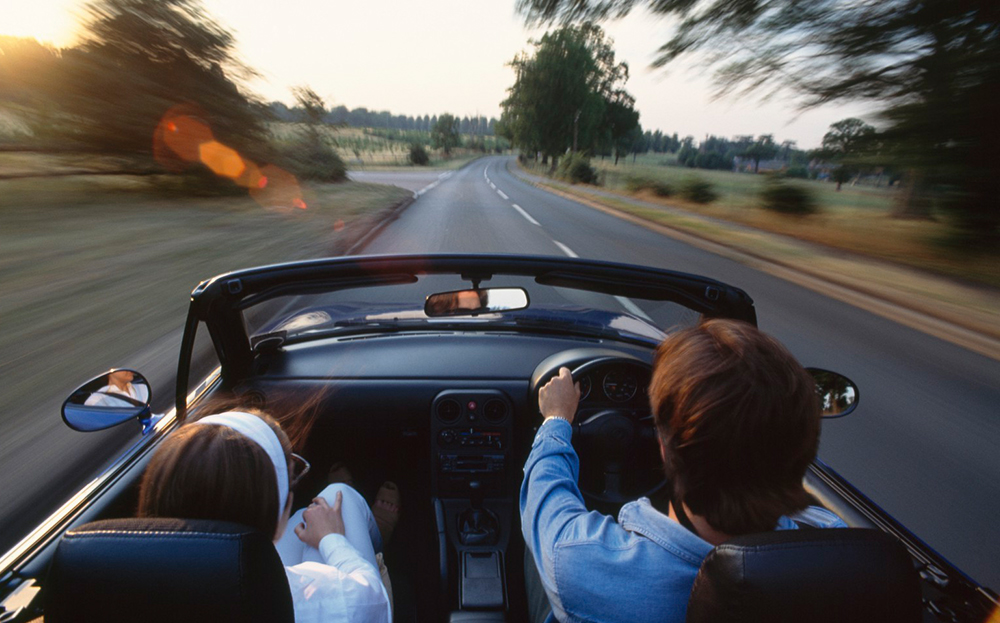 THE JOY of motoring. The freedom of the open road. These are phrases that modern drivers have learnt to utter with a hollow laugh as they fume in gridlocked traffic or open an envelope containing a speeding fine (complete with unforgiving speed camera image of their numberplate).

Yet despite it all, there is a romance that refuses to die in the idea of driving on an open road. And even on our crowded islands there are roads on which you can rediscover that sense of joy and calm as the miles flash by. To prove it, we have picked four of our favourite routes and sent our writers to report on what makes them special.

We are also asking readers to tell us their favourite local roads, with a paragraph on why they love them. Email your suggestions to driving@sunday-times.co.uk or tweet us @ST_Driving with hashtag #greatdrives. 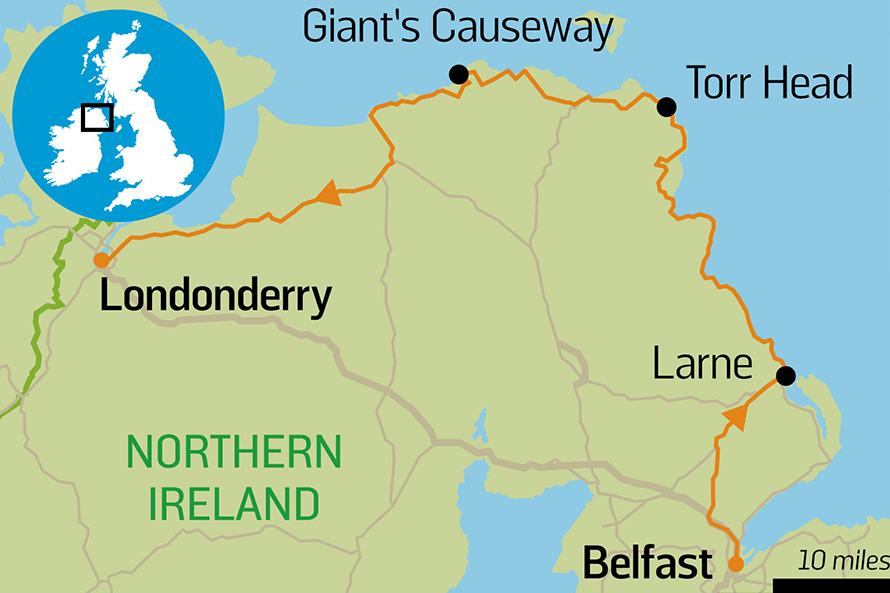 To take in the entire route means starting at Belfast and heading north, hugging the coast most of the way until you eventually turn west toward Derry. You’ll be on the A2 for the majority of the journey.

Give yourself plenty of time, as it’s a route to savour. Every corner will reveal another fantastic vista, another view so breathtaking you might think it came from the imagination of an American tourist. It’s beautiful.

One of the most evocative stretches is the road that runs between Larne, about 20 miles outside Belfast, to Cushendall, about 25 miles further up the coast. The road was built early in the 19th century with the rather liberal use of high explosives, and it runs dramatically along the foot of the cliffs. Along the way, you’ll pass through deliciously cosy — and wonderfully named — villages: Ballygalley, Glenarm, Carnlough and Waterfoot.

You’ll also want to think about the right musical accompaniment for such a journey. Not so much a hippie folkie vibe — maybe something with a bit more edge. I’d go for the Pogues (their song I’m a Man You Don’t Meet Every Day worked well for me).

Throughout the journey the roads twist and snake, so you do need to have your driving chops tuned up. The roads around Torr Head in particular dip and dive crazily along a terrific — and stunning — stretch of coast, with hairpin bends and sudden crests that’ll bring out your inner rally driver.

And you can’t come this far and not check out the Giant’s Causeway, which is towards the end of the route. This natural formation was the result of ancient volcanic eruptions — the massive basalt columns provide a great climax to a drive you’ll never forget. 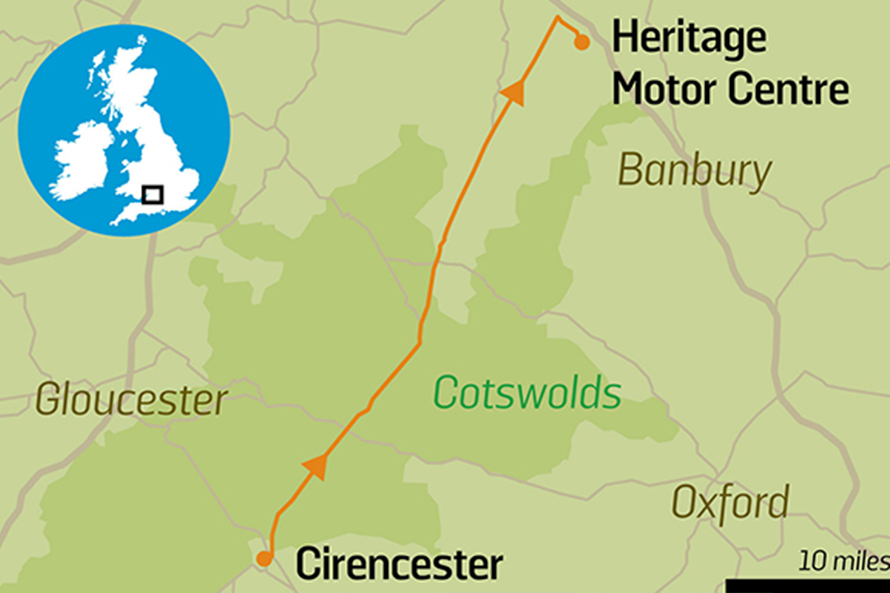 If you like what motoring journalists call the twisty stuff, stop reading now. This road is straight. Dead straight. And it has been this straight for more than 2,000 years.

Theories differ about why the Romans made the Foss Way, built circa AD40. Most roads at the time radiated from London and the southeast. This one spears diagonally across the country from Exeter to Lincoln. Some think it was a trade route; others argue that it marked the boundary of Roman territory — to the south and east civilisation; to the west and north barbarism. Well, Birmingham, at any rate.

Drive it today, though, and it takes you through the heart of the Cotswolds, skirting picturesque villages and skimming across high limestone ridges. With the roof down on a summer’s day it is the perfect Sunday outing; on a dark winter’s afternoon it’s a dramatic drive along one of the country’s ancient routes.

It takes you through the heart of the Cotswolds, skirting picturesque villages and skimming across high limestone ridges

Start at Cirencester — where a Roman amphitheatre can get you in the classical mood — and then head northeast on the A429, signposted to Stow-on-the-Wold. Hedgerows in the summer can interrupt the view to either side but the arrow-straight road means you get a hypnotic tunnelling effect amplified by overhanging trees.

The A429 shadows the original road, built by two columns of men digging parallel trenches and piling the rubble in the middle, which was then flattened and reinforced with rocks (“fossa” means “ditch” in Latin). It is worth coming off the road at Bourton-on-the-Water — for a spot of lunch and to visit the Cotswold Motoring Museum, an eccentric collection of memorabilia — and at the Slaughters (Upper and Lower), probably the finest Cotswold villages of them all.

The A429 can get busy, but don’t worry: you come off at the roundabout north of Halford and take the B4455, which continues along the original Foss Way, and you are instantly in a quieter setting. This is a narrower, more olde-world road, which slips under the roaring M40, past Royal Leamington Spa, and continues north towards Lincoln. We won’t go that far, though. Instead take a pit stop at the Heritage Motor Centre at Gaydon, near where Aston Martin has its HQ. The only thing the centre doesn’t have is a Roman chariot. 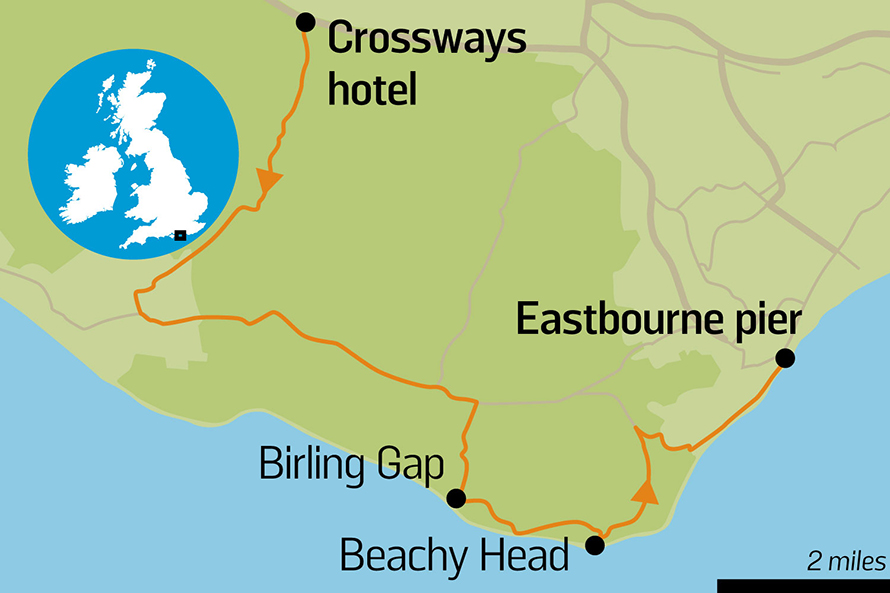 For a father of three who in effect drives for a living, finding time for a casual fling on a country lane, so to speak, is no mean feat. So a great drive needs to be short and sweet, offer views worth driving for and throw up enough twists and turns to raise the pulse. And if there’s the chance of a Mr Whippy 99 ice cream at the end of it, so much the better.

That’s why you’ll find me taking in the sunset at the southernmost tip of the South Downs. The rolling hills around the Sussex “heritage coast” — better known as Birling Gap and Beachy Head — offer a spectacular setting in the small hours of the morning or fading hours of the day.

To start the route, turn south off the A27 at the Crossways hotel and pass the flint-walled, thatched cottages of Wilmington before plunging into the Cuckmere Valley and passing the Long Man of Wilmington, carved into the chalk hillside to your left — and now found adorning the beer pumps of the tasty Long Man Brewery beers that have become a favourite around Sussex.

Watch out for the hairpin at the Birling Gap: get too enthusiastic with your cornering speed and you’ll end up dropping into the sea like a lobster pot thrown from a fishing boat

The road is about as wide and meandering as the Cuckmere River but opens up as it joins the A259, heading east as it climbs to Friston. Swing a right into East Dean and then watch out for the hairpin at the Birling Gap: get too enthusiastic with your cornering speed and you’ll end up dropping into the sea like a lobster pot thrown from a fishing boat.

Lumps and bumps make this a tough test for any car’s suspension and so an ideal test route for car reviewers. And the Belle Tout lighthouse is worth stopping for, assuming it hasn’t fallen into the sea. The Beachy Head road gives good views through corners, so keen drivers can stretch their car’s legs.

A zig and a zag down the B2103 drops you into Meads, and then it’s a drive along the seafront to Eastbourne pier. Now rebuilt, open and serving ice cream to those who come to watch the sun set on the south coast, it’s a calming end to an exciting drive. 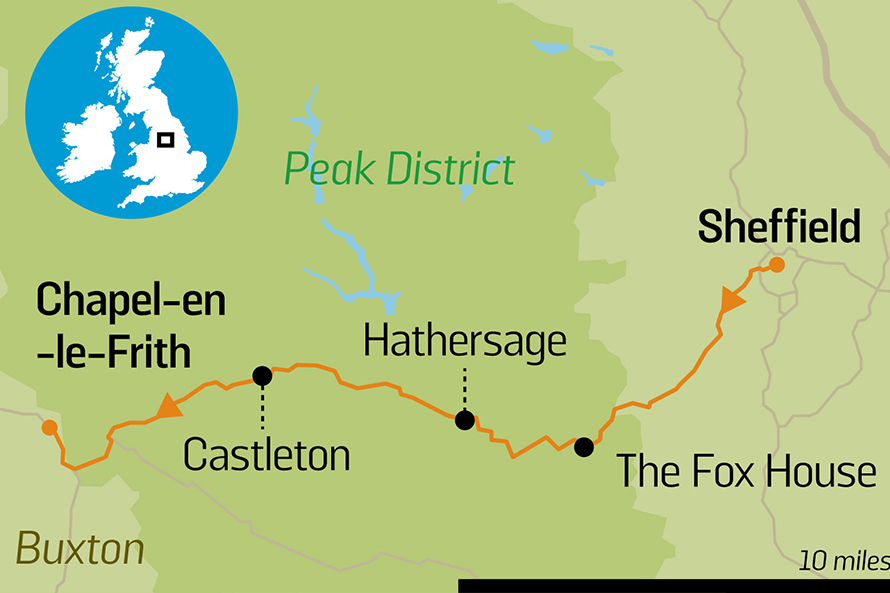 This drive works particularly well if you begin in the heart of Sheffield, on the bustling A625 Ecclesall Road, following it until it joins the A6187 at the Fox House, an 18th-century pub that for me marks the real beginning of the Peak District.

From here the contrast with the noise and churn of the city is dizzying, with views up to Higger Tor and Carl Wark, an Iron Age fort atop a rocky peak, softened in late summer by the blooming of swathes of purple heather. Follow the road as it draws you further into the Dark Peak (so called because of the gritstone rocks and cottages, which contrast with the limestone found in the White Peak at the other end of this drive).

Meander down into the pretty village of Hathersage, where you’ll find the grave of Little John

The first of two 90-degree right-hand bends takes you past Toad’s Mouth: a giant rock formation resembling the outline of, well, you guessed it. The second bend reveals the locally celebrated Surprise View, as the vast expanse of the Hope Valley is suddenly revealed below. From there, meander down into the pretty village of Hathersage, where you’ll find the grave of Little John — reputedly a Hathersage man before hooking up with Robin Hood — and many a nice tea shop.

The road continues along the bottom of the Hope Valley, through fields dotted with sheep and cows, enclosed by traditional dry-stone walls, and with the peaks rising again in the distance. The ruins of 11th-century Peveril Castle rise out of the hillside as you approach Castleton, famous for its blue john, a semi-precious mineral found in nearby caves.

Park in this picture-postcard village to swap wheels for walking boots, or continue west to Winnats Pass, a narrow, winding (and, according to local legend, haunted) road, which cuts through a ravine, with towering limestone pinnacles on either side, and leads up to the hamlet of Sparrowpit and then Chapel-en-le-Frith, known as the capital of the Peak District.