HOW GOOD a driver are you? I don’t mean are you able to parallel park on a busy street in Woking with a boot full of luggage obscuring your view. And I don’t mean do you know the Highway Code off by heart. I mean how good a driver are you when all bets are off; when there are no rules to break and when it is just you and your car and a long piece of tarmac stretching ahead to the vanishing point on the horizon.

It is a question most drivers have idly asked themselves and for those who really want to know the answer there is one place to find it: the Nürburgring, probably the world’s most challenging racetrack and a place where man and machine are given the ultimate workout. A mistake here doesn’t mean a scratched bumper, it means thrusting yourself into the Armco like a pop rivet.

Dubbed “the Green Hell” by triple Formula One champion Jackie Stewart, on account of the fact that it tears through thick German forest, the Nürburgring Nordschleife does its utmost to fox even the world’s best drivers. This is not the Nürburgring on which Lewis Hamilton and Sebastian Vettel duke it out. That’s the GP circuit, built next door after F1 quit the original in the aftermath of Niki Lauda’s fiery crash in 1976, recently immortalised in the film Rush. 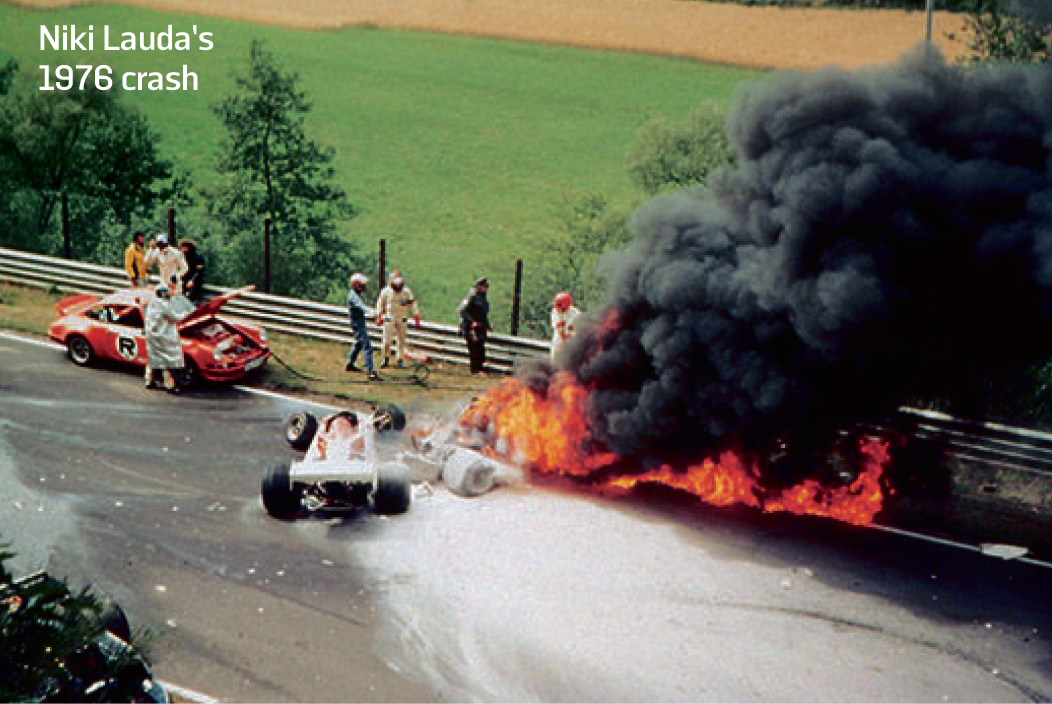 But it remains open to drivers who want to test themselves against it: you turn up at the tiny little car park, buy a ticket from what appears to be a pay-and-display machine — one lap costs €27 (£22), an annual pass €1,650 (£1,340) — then go through the barrier to joust with the 12.9 miles of the world’s most notorious racing circuit without so much as a requirement to wear a crash helmet.

To really get the best out of it, though, it is wise to get some tuition. Vauxhall is one of many companies that tests its cars here, and it offers expert tuition to rookie drivers who want to see what they are made of. The two-day course costs €2,000 (£1,620) but at least you’ll be sharing the track with only 100 or so other participants, which means traffic stays relatively light compared with the bursting-at-the-seams tourist days.

I will be driving a Vauxhall Astra, but not the underpowered holiday rental type. This is a VXR — a car that’s gone through the equivalent of a Charles Atlas body-building programme. It has a 2-litre turbocharged engine and clever suspension that adapts automatically to the squash and roll and jumps of the circuit. A mechanical limited-slip differential translates its 276bhp into forward momentum without the front tyres turning into molten catherine wheels. Intimidating though the circuit is, at least the car will feel at home — it was developed here by Volker Strycek, a former German touring car champion. He says he’ll be impressed if I manage a circuit in under 9 minutes 10 seconds. 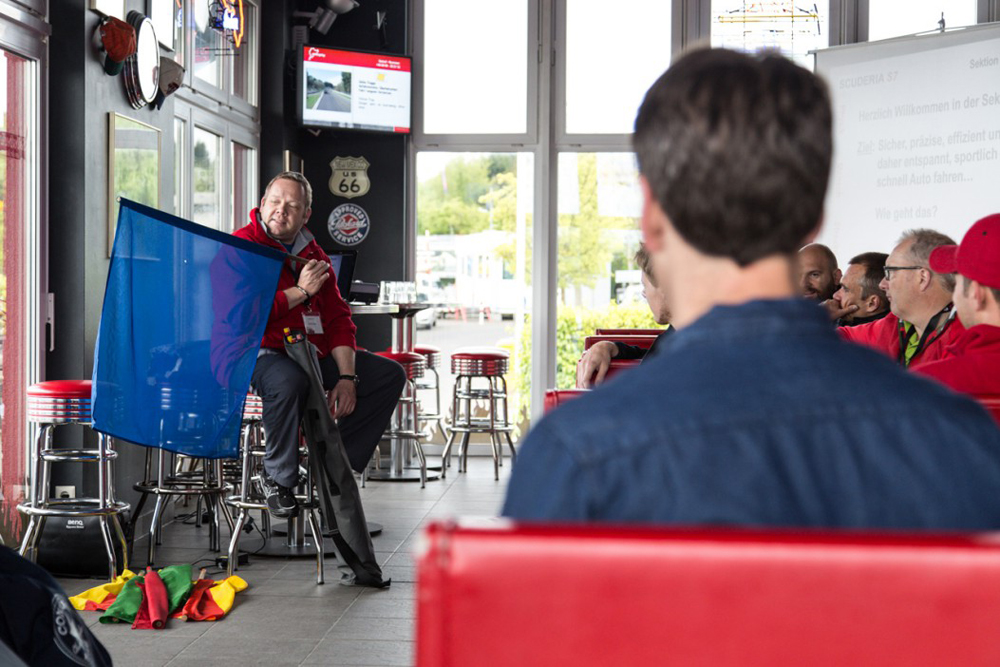 So how do you learn the world’s most challenging racetrack? The answer is “slowly” . On the first morning we split into small groups of five or six, and are introduced to 45-year-old instructor Stefan Beyer who explains that we’ll break the circuit into bite-size chunks and drive them numerous times for familiarisation. He’s sensible enough not to get in a car with us. Instead, he’ll watch our mistakes from the safety of his rear-view mirror, talking us through the correct lines over a walkie-talkie. The key, says Beyer, is to keep it smooth, then the speed will come and the accidents won’t.

The differences between the Nürburgring and a modern racetrack are quickly apparent. There’s precious little run-off and only the occasional gravel trap; more commonly you’ll find grass or Armco snuggling right up against the track’s borders. There are also some very long straights, whereas modern racetracks tend to smother speed with a constant series of twists and turns.

We move on, section by section, building speed to such an extent that after just 30 minutes we’re flat out in fifth gear going downhill into the frighteningly tight compression at the Foxhole bend. All the while Beyer chats away on the walkie-talkie; my eyes are on stalks, his are on the rear-view mirror. How does he do that?

We complete a few full laps before we retire for the day, but while it genuinely feels like I’m tapping into some of the track’s innermost secrets, I can’t honestly say I know it 100%. I want to do more, but after almost 12 hours we’re ready for a rest, and so are the cars; Vauxhall whisks them away to replace worn-out tyres and brakes, such is the punishment meted out. 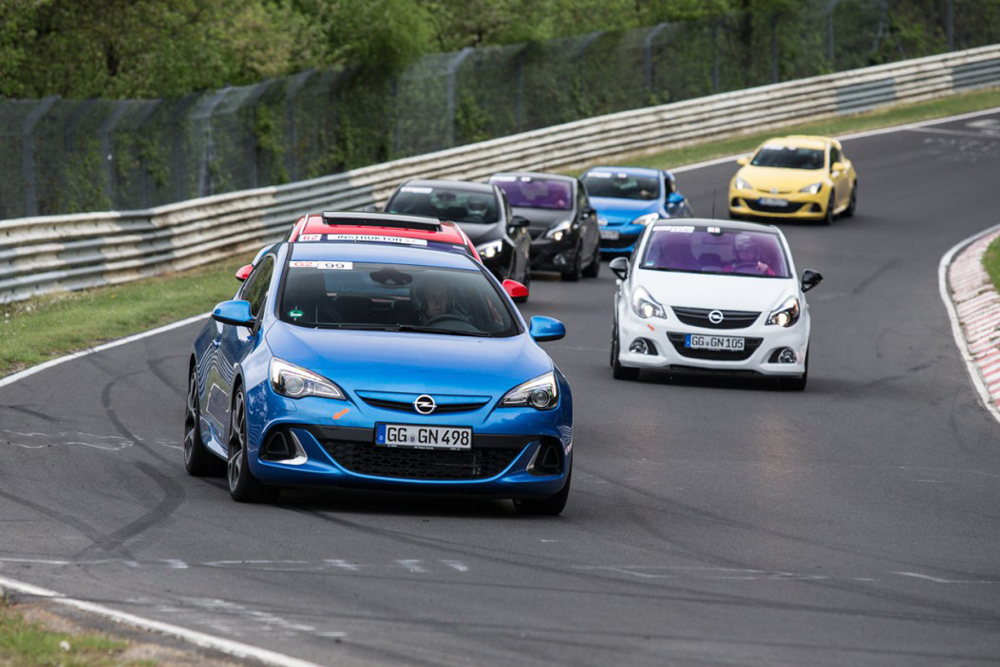 Day two starts with some guided full laps, but then we’re quickly left to our own devices. It’s amazing how much extra confidence an instructor imbues; at first, all alone, I hesitate over brows and dab the brakes cautiously as if I’m having an exploratory stab at quicksand, but eventually it starts to flow and I keep my foot flat to the floor through blind sections, some of the sweaty-palmed panic reduced with familiarity. My lap times are still in the 10-minute bracket.

By lunch I’m committing harder and manage to complete a lap at what feels like a scorching pace: it’s 9 minutes 17 seconds, or a depressing full minute off the Astra’s potential. Even at that speed, the VXR is glugging 18 litres of fuel every two laps. Then it rains. Well, it rains on part of the Nürburgring: the circuit is so large that you can experience different weather systems on different sections of the track. This time, there’s a torrential downpour at the back of the circuit, spray from other cars giving waterfall visibility, streams running downhill, as I climb the daunting, mostly flat-out Kesselchen hill.

Up ahead, yellow flags are blurring. I come round a corner and there’s a BMW M3 crunched into the barrier; a lap later and there’s a Ferrari 575 that’s slightly shorter than it once was. When the Nürburgring’s dry it’s dangerous; when it’s wet it’s deadly. 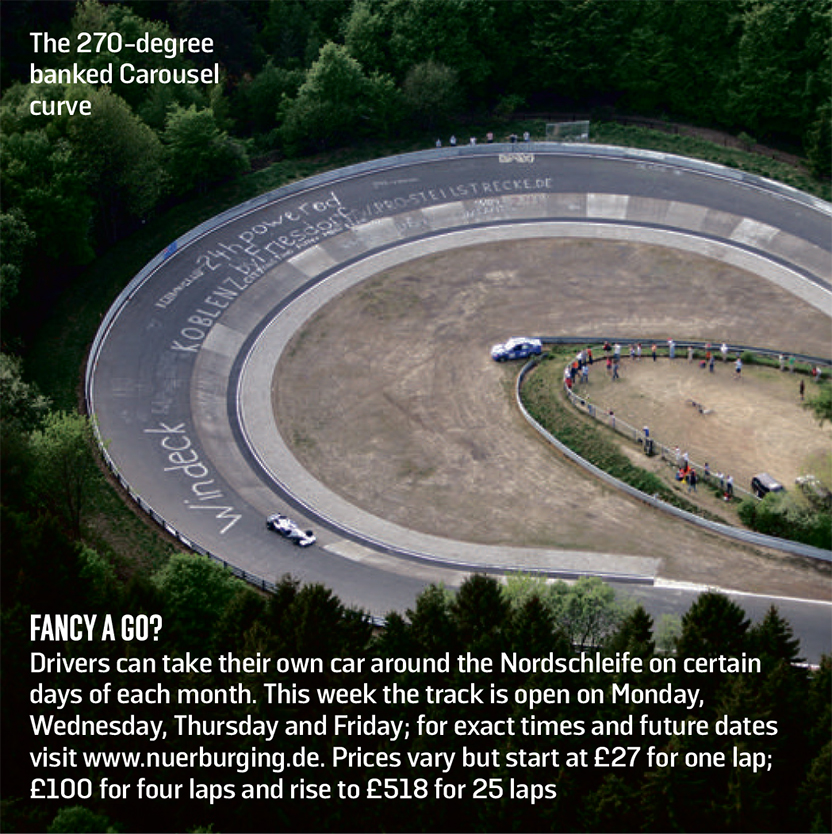 As the track dries I attempt my best time — the time that will more than anything else indicate how good a driver I really am. It’s impossible not to surge with adrenaline, to leave the braking just a little later, to keep the accelerator pinned as you fly — yes, you actually fly in a few places — through the air and indulge in schadenfreude, which isn’t one of the Nürburgring’s many corners but the warm feeling you get when the driver of a Porsche 911 GT3 makes a mistake and you scoot past in your Vauxhall Astra.

I’m buzzing with adrenaline by the end of the lap. I’ve been held up by a little traffic, the track’s still damp in a few sections but it feels like I’ve exhausted every last ounce of my skill and knowledge. And it’s paid off. I’ve done a lap in 9 minutes 3 seconds. The funny thing is, it doesn’t feel that much faster than my earlier efforts. According to Beyer, this is typical; little improvements translate to big chunks of time. 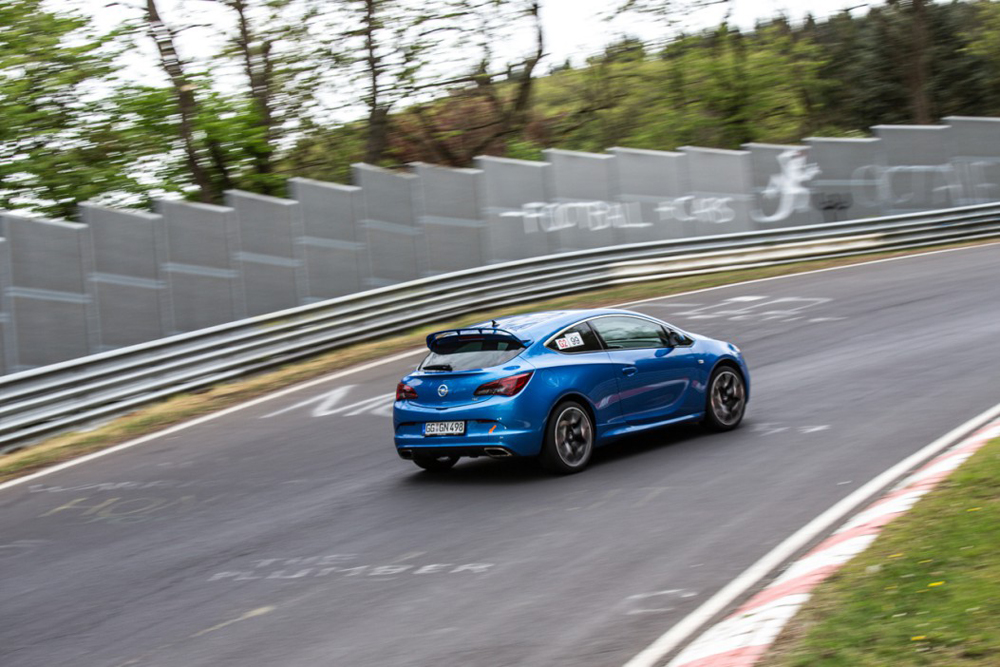 But then he warns me not to get carried away: he estimates he’s done as many as 1,500 laps in 27 years, and the last time he led a group on this course, he rolled a car, breaking three vertebrae. No matter how well you know the Nürburgring, it’s always ready to bite. 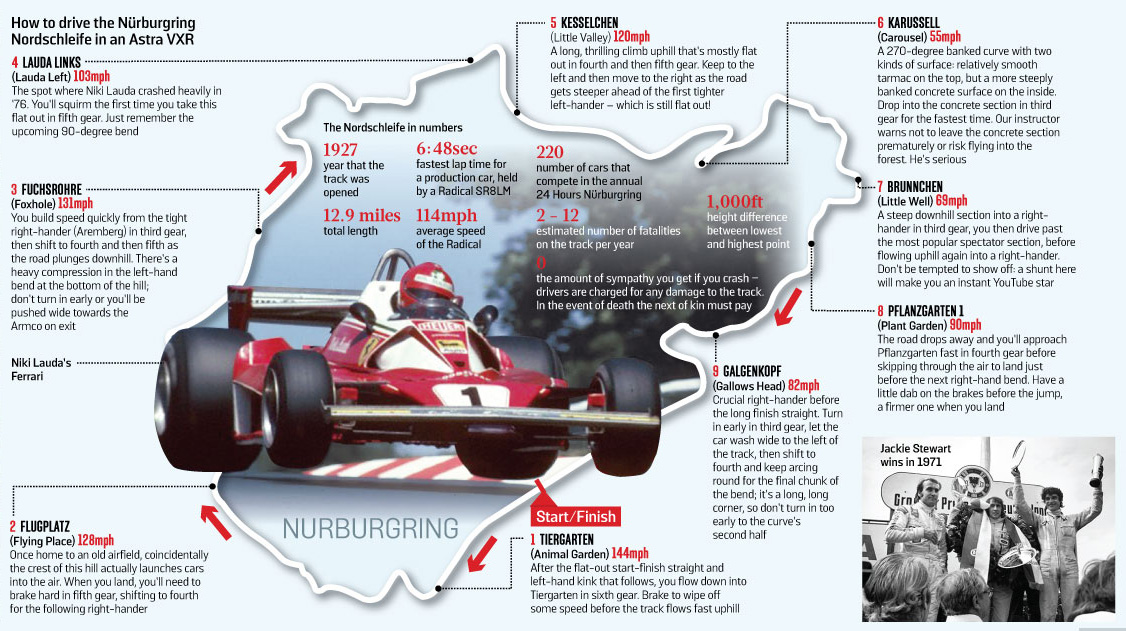