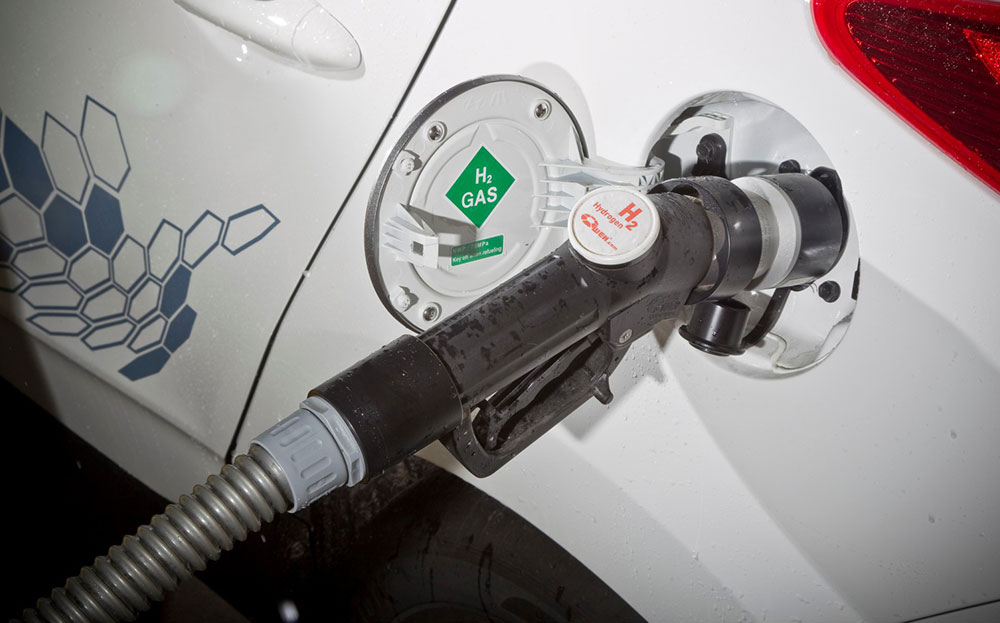 THE RESULTS of a four-year trial of hydrogen cars on the road in London, Copenhagen and Oslo were revealed last week — and the feedback was virtually all positive. Drivers loved the quiet drive, the performance and the reliability. The only real complaint was the lack of filling stations: there are only four fully accessible to the public in Britain.

The conclusion of the project was clear: without fuelling stations, few people would be willing to buy the cars. But without the cars, who will build the filling stations?

It’s similar to the situation the car industry was facing five years ago with electric vehicles. But this time round the solution isn’t going to be as simple as planting some posts on pavements at the cost of a few thousand pounds. Hydrogen filling stations are a lot costlier.

A forecast by the government and industry estimates that there will be 65 filling stations in Britain by 2020, concentrated in the busiest parts of the country. This will make long-distance travel possible on common routes, though Michael Dolman, from the Element Energy consultancy, says comprehensive coverage of Britain would require 1,000 filling stations.

The government is easing the pain. Earlier this year one company, ITM Power, was awarded £3.59m in grants, including £1.89m from the government, to build and run two new stations in London. Others already in operation include one at Heathrow airport and one in a Sainsbury’s car park in Hendon, north London, which opened in March.

Both existing filling stations are operated by a company called Air Products. They are technically open to the public, but owners must set up an account, undergo training and obtain an access code. They will receive an invoice each month for fuel used.

We attempted to set up an account but were unable to do so by the time we went to press. Air Products admits that its system is designed for early commercial users and “not geared” for private drivers yet. 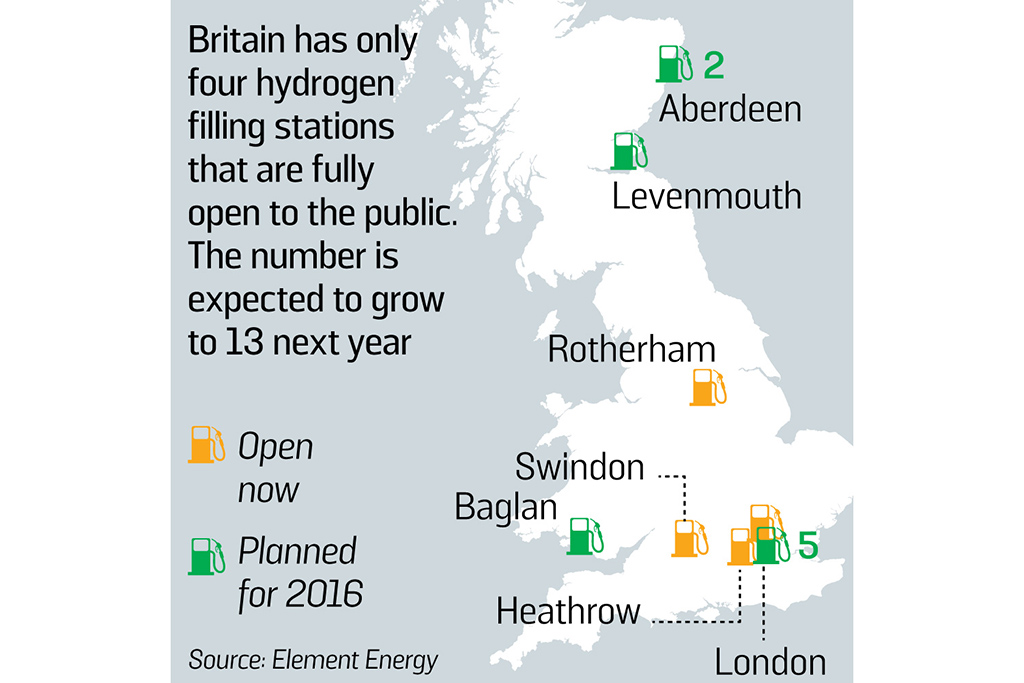 The hydrogen is derived from natural gas, delivered by tanker. At the site, it is kept in canisters in a secure area behind the pump. Stored at up to 700 bar (around 10,000psi), it’s at high pressure but that’s not necessarily as much as it sounds, say the operators: the fluid in brake lines reaches a higher pressure when you hit the brakes.

When it comes to refuelling, the situation is simpler than with electric vehicles because there is only one standard. Hydrogen cars and filling stations use a universal nozzle, which locks onto the car and pumps the pressurised gas into the tank. Fill-ups take 3-5 minutes and the distance you can go on a single tank depends on whether you fill up at 300 bar or the newer standard of 700 bar, which packs more gas into the same space. In the recent trials, drivers reported being able to travel 300 miles on a 700-bar fill-up.

There is likely to be a small but growing fleet of hydrogen-powered cars to use the filling stations. As well as the Hyundai ix35, Toyota’s Mirai and a Honda model are close to arriving in dealerships in hydrogen-powered form.

ITM, which opened Britain’s newest hydrogen pump last month, in Rotherham, uses wind power to make hydrogen from water. The company says that it can make 80kg of hydrogen a day, enough to power 16 cars. The firm is about to announce prices, which it says are roughly equivalent to that of diesel on a pence per mile basis.

Graham Cooley, chief executive of ITM, admits that, without any cost advantage to hydrogen for now, buyers are likely to stick to conventional fuels. “What everybody is looking for are the early adopters,” he says. “Those who are foresighted will want to try something new. The cars are fantastic and buyers will be driving the future in both senses of the words.”

By next year Cooley plans to have six filling stations, including three at Shell petrol stations, where the hydrogen generators will use National Grid electricity and drivers will be able to pay at the pump.

Eventually, tougher emissions regulations, inner-city pollution charges and reductions in the price of hydrogen cars and fuel are likely to make zero-emissions cars more attractive. Some companies have even suggested that hydrogen cars could be filled at home, free of charge, with small electrolysers generating hydrogen using electricity produced by solar panels.

Experts say the fuel is safer than petrochemicals: hydrogen is 14 times lighter than air, which minimises the fire risk because, if any did escape, it would quickly rise and dissipate.

Emma Guthrie, from Air Products, says that using electricity to convert water into hydrogen is inefficient. She says plug-in hybrids make more sense, with batteries that can be recharged at home and a fuel cell for longer journeys with a hydrogen tank that can be refuelled in minutes.

She is currently working on a new trial to road-test more cars and install more hydrogen pumps across Europe.

“It’s a tremendously exciting time,” she says. “The future for hydrogen-powered transport will become a reality.”