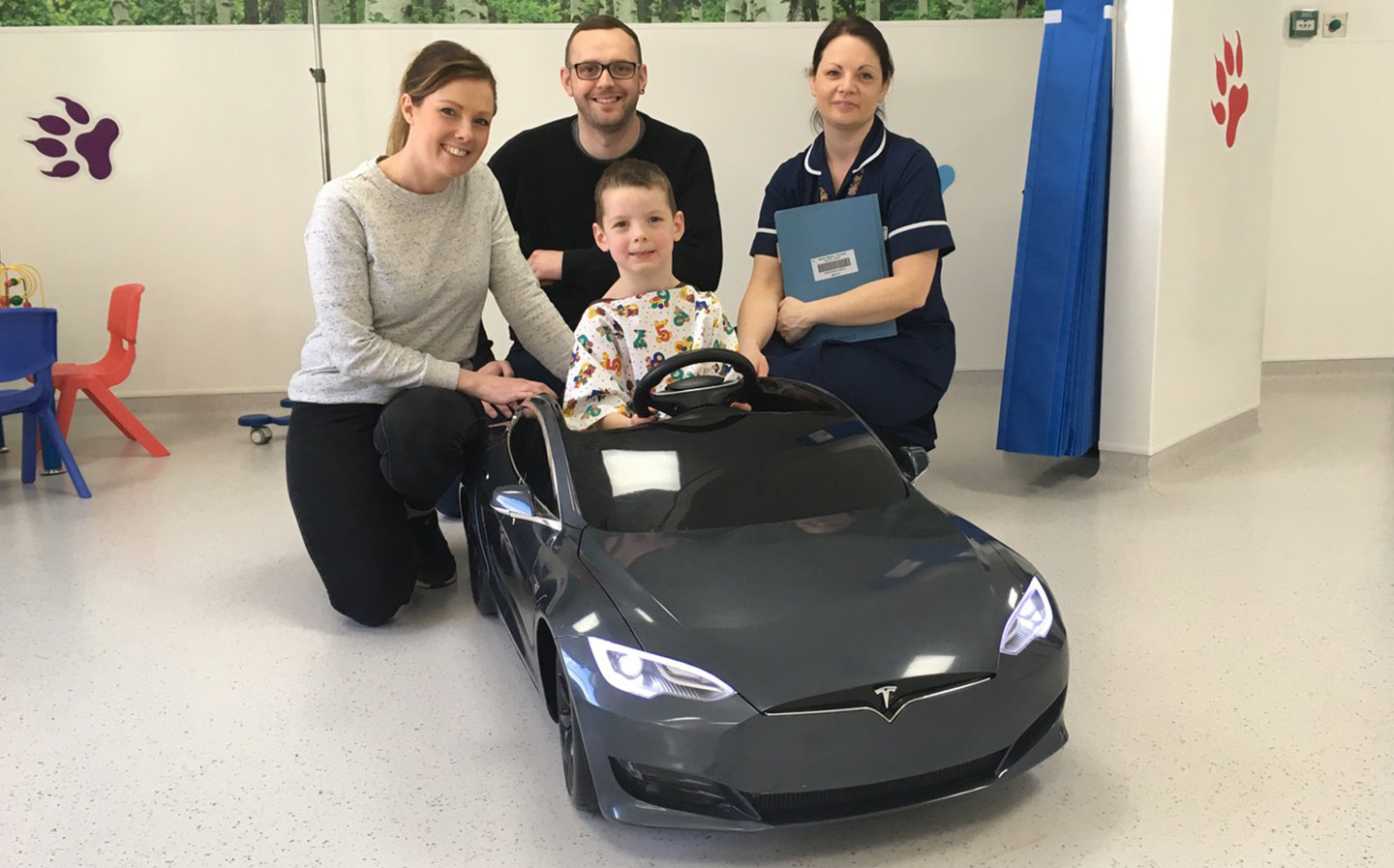 CHILDREN undergoing treatment at the East Surrey Hospital are able to drive themselves to the operating theatres thanks to the donation of an electric ride-on car by the owner of a full-size Tesla Model S.

After buying a new or approved used car from Tesla, customers are given a referral code that can be passed on to other potential customers. Should the referral code be used, Tesla offers the original customer a choice between two free gifts, one of which is a Tesla Model S For Kids by Radio Flyer.

Tim Campbell-Smith, a consultant general & colorectal surgeon at Surrey & Sussex NHS Trust, bought a full-size Tesla Model S in November and posted on the Tesla Owners Club UK Facebook group that if anyone wanted to use his referral code, he would donate the mini-Model S to East Surrey Hospital so that the children undergoing surgery could drive themselves to the operating theatres.

He told driving.co.uk that he had a very positive response but one member of the Facebook group, Mark Print, contacted him to say he already had a Radio Flyer Model S, unopened in the box, in his garage, and would love to donate it.

Campbell-Smith, 49, said: “Mark was pleased to donate it as a big thank you to the whole of the NHS for looking after him after receiving a lung transplant five years go at Freeman Hospital in Newcastle. It was, in his words, ‘A small token of his thanks for everything you do to make people better, and hopefully to bring some extra happiness to children experiencing the toughest of times.'”

Print, who is keen to stress the importance of organ donation, was true to his word, and even drove it from Glasgow for a handover in South West London during a work trip.

“Going to an operating theatre is frightening for everyone, adult or child,” he told us. “With children, the quality of their experience is very important and can stay with them for life. To be able to turn what is a scary journey from the ward to the operating theatre into something fun can have a really positive effect on them now and for the future.

“They haven’t been very chatty so far, but seem very happy driving along, It can be a challenge to get them out of the car.”

Campbell-Smith’s initiative was met with universal praise by fellow Tesla owners on the Facebook group, who called it a “brilliant idea”. Many expressed a desire to donate their own ride-on cars for the cause, possibly to hospitals local to them.

“If anyone has one that their kids have outgrown or don’t want, I’m sure your local hospitals would love to have them,” wrote Campbell-Smith.

Image credit: One of East Surrey Hospital’s young patients together with his parents and the paediatric ward sister (Tim Campbell-Smith)