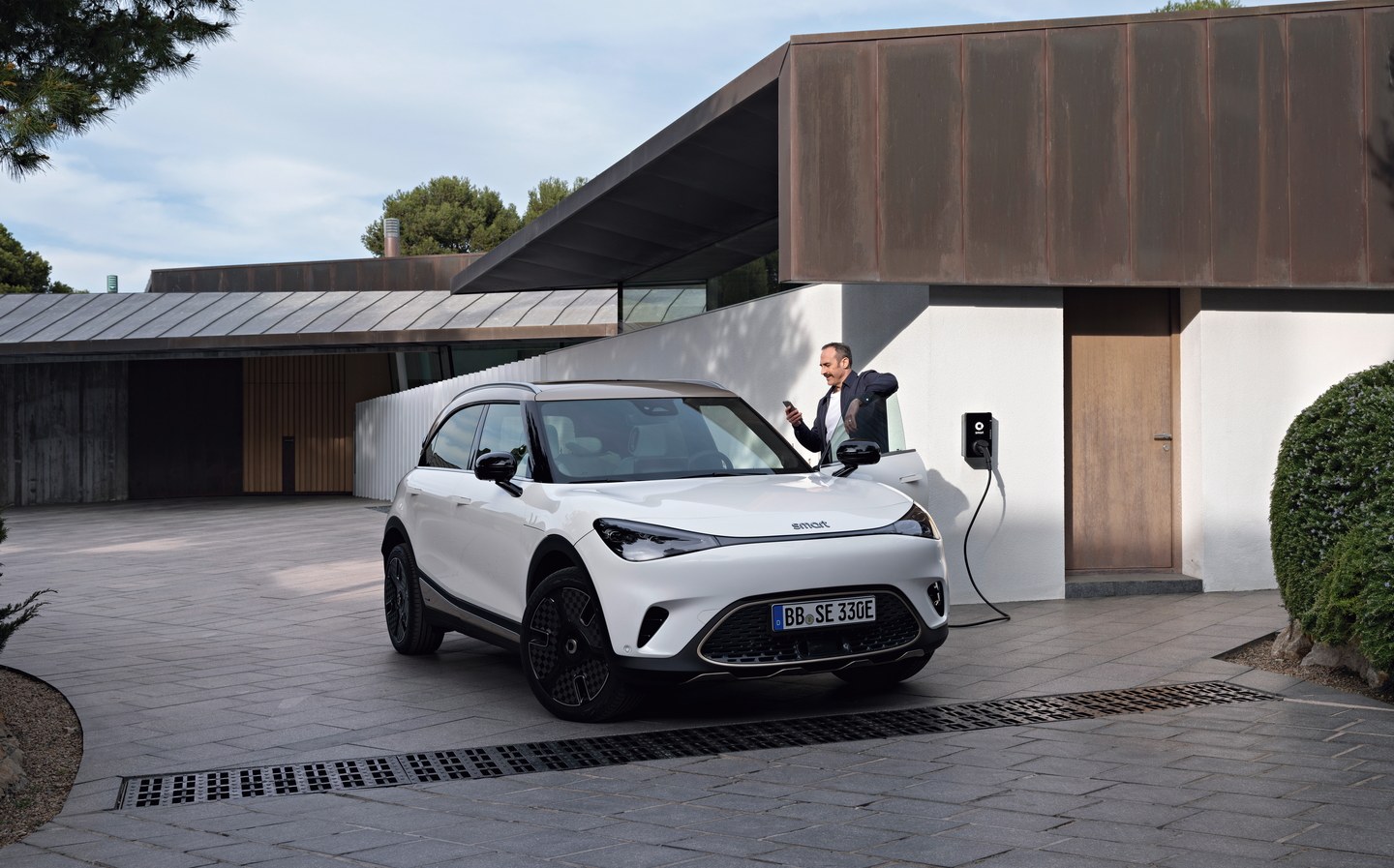 Smart has revealed the production version of its #1 electric crossover, the first totally new car from the company since 2014 and one that it says heralds a complete relaunch of Smart as an all-electric brand.

As well as being the company’s first new vehicle in several years, the #1 is also the first since Chinese conglomerate Geely took a 50% stake in the business from Smart’s owner, Mercedes, and the new car is a joint-effort from both firms.

The Smart #1 is based on Geely architecture that hasn’t been seen on a European-market car yet, but which will soon provide the underpinnings for another small crossover from another Geely brand, Volvo. Design work was largely taken care of by Mercedes, and the overall look hasn’t changed much since it was first revealed at the Munich motor show last year.

In terms of size, the #1 is positioned to take on electric rivals such as the Volkswagen ID.3 and Hyundai Kona Electric, as well as a new crossover-sized car from Mini due to launch in 2023, indicating that the company is very much moving away from the compact city cars that first made its name.

Thanks in part to its 2.75m wheelbase, the #1 has as much space inside, the company claims, as a Mercedes E-Class saloon. Unlike the Munich show car, the #1 is a full five-seater with space under the bonnet (15 litres — ideal for stowing charging cables) and 411 litres behind the rear seats.

The exterior design is echoed in the soft, curving surfaces of the interior with screens aplenty including a big 12.8in infotainment touchscreen that dominates the cabin. There’s a 9.2in digital dashboard cluster ahead of the driver as well as a 10in head-up display.

The new multimedia system has been developed for the Smart and isn’t the same as any other system from either Geely or Mercedes. The layout is fully customisable and features an animal avatar (a fox) that responds to voice commands, though other animals will be available in future via over-the-air updates.

Importantly, considering that we’ll be seeing more of the same from Volvo soon, the Smart #1 is powered by a 66kWh battery pack feeding a single rear-mounted 286bhp motor, making the car good for around 273 miles between charges. With its 150kW charging capacity, 10-80% top-ups should be achievable at rapid DC chargers in around half an hour.

As for how Smart plans to sell its cars following what almost amounts to a full relaunch of the brand, it has indicated that it won’t adopt an almost entirely online approach like Tesla or Polestar, but continue to work with “a network of experienced partners” (dealerships) in conjunction with providing the ability for customers to navigate to buying online.

Pricing for the Smart #1 has yet to be announced but given that the company says that it will be pitched as a cheaper alternative to both the Mercedes EQA and its future Volvo cousin, expect something around the £32,000 mark when it goes on sale towards the end of 2022. UK deliveries, however, aren’t expected until mid-2023 at the earliest.

“We are very proud to finally present the production version of our Smart #1,” said Smart’s European CEO, Dirk Adelmann. “It is not only a symbol for our new smart approach, but it is also the nucleus of all things to come.”