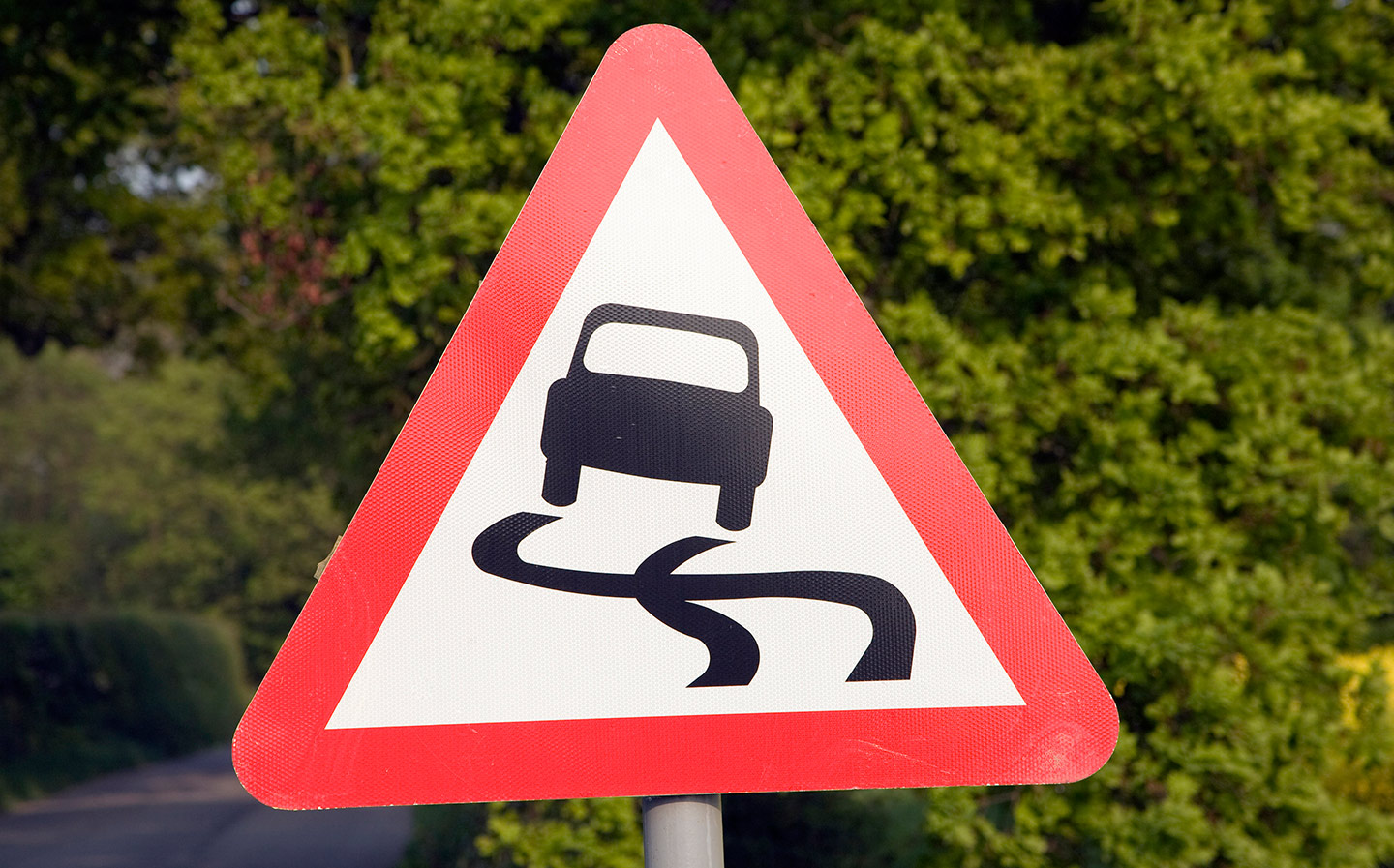 MOTORISTS risk skidding on a quarter of roads because of an alarming deterioration in the highways network.

Official figures show that 26% of A-roads in England and Wales need “further investigation” because of fears that they have an inadequate skid resistance when drivers brake. This is the highest proportion since records began in 2007-8.

London has the worst main roads in the country, with 45% of surfaces deemed to be in poor condition, according to the Department for Transport (DfT). The findings follow complaints from councils that a lack of funding has left them struggling to fill potholes. The backlog in highway repairs is said to represent nearly 12 years’ work, at a cost of £14bn.

Separate figures from the DfT showed that more than 11,000 vehicles skidded in accidents on dry roads in Britain in 2015.

Edmund King, the AA president, said: “Potholes are bad enough, but not being able to stop in time adds another dimension to the danger faced by drivers and other road users.

“It means that, if a law-abiding driver is travelling within the speed limit and a child steps out, what might have been an avoidable accident could become a tragedy.”

He added: “In monetary terms, cutbacks in road maintenance, leading to more collisions and casualties, pass the costs on to insurance claims and the NHS. And sometimes victims pay the ultimate price.”

The DfT insisted the figures showed local roads, including residential streets, were getting better.

“If a child steps out, what might have been an avoidable accident could become a tragedy”

“Roads link people with jobs and businesses with customers, which is why this government is investing record amounts in upgrades and improvements,” the department said.

“These figures show fewer local roads need to be considered for maintenance. Our funding is beginning to make a difference.”

Highways England said: “We have a structured programme to undertake required maintenance of the network. All sites identified for investigation as a result of skid resistance surveys are thoroughly investigated.

“Where investigations conclude that maintenance would reduce any increased accident risk, these locations are placed into our maintenance programme.

“Slippery road signs are installed to mitigate any risk while the appropriate scheme is developed.”