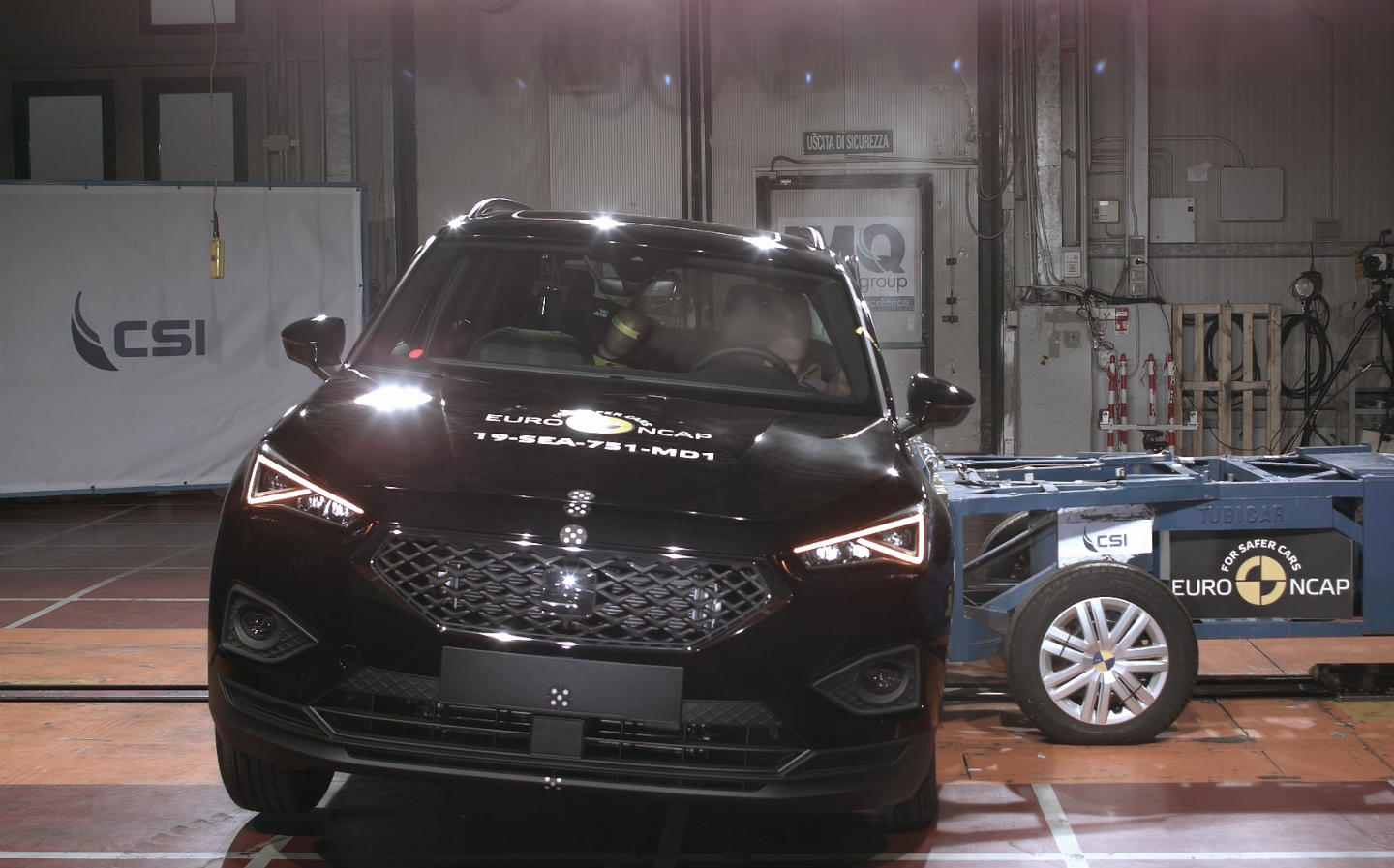 CAR MAKERS are continuing to develop top-rated cars for safety, judging by the latest round of crash test. Of the vehicles assessed so far this year by independent vehicle safety organisation Euro NCAP, only one fell short of the maximum a five-star rating.

That sole outlier is far from being what could be classed as “unsafe”, though; every model tested in 2019 to date has performed exceptionally well in areas such as passenger protection and safety equipment.

We’ll be updating this page throughout the year as more cars are assessed by Euro NCAP. For the time being, below are the top new cars for safety as assessed so far this year, in order.

While it’s no stranger to making safe cars, SEAT will likely be very pleased its all-new large SUV currently has the highest Euro NCAP crash test score for 2019. The spacious SEAT, which is based on the same platform as the Skoda Kodiaq, performed consistently well across the board, with ratings no lower than 79% in any of the four categories, and the highest marks for adult and pedestrian protection of any car for the year to date.

Jaguar Land Rover cars have performed strongly in recent crash tests, and the all-new Range Rover Evoque has continued that trend. Parents will likely be very impressed with the Evoque’s performance, as the premium SUV has the highest child occupant safety rating of any car tested by Euro NCAP this year so far.

The previous Honda CR-V was awarded five-stars in 2013, and the all-new version has picked up where its predecessor left off. Despite the tests getting tougher in the six intervening years, the new Honda CR-V actually surpassed the old car’s scores for safety assists, child passenger protection and pedestrian protection.

Euro NCAP lets car makers submit models with and without optional equipment for safety testing, and Citroën has made use of that rule with its C5 Aircross. British buyers shouldn’t worry about having to pay more to get the safety gear, as the extras fitted to the vehicle in the crash tests are standard fit on all UK cars.

The design may not have moved on much since the G-Class debuted in 1979, but the current car boasts safety credentials its predecessors could only dream of. The SUV performed incredibly well in the occupant safety categories and, despite its bluff bodywork, the G-Class has the second-highest ‘Vulnerable Road Users’ pedestrian safety score so far this year.

Even without the equipment that’s standard on UK cars, the Citroën C5 Aircross is still a safe vehicle, with the SUV doing particularly well in occupant protection. Those missing features have had an impact on the C5 Aircross’ safety rating, though, as the base-spec Citroën’s four-star score makes it the only car assessed by Euro NCAP this year to not earn the full five stars.