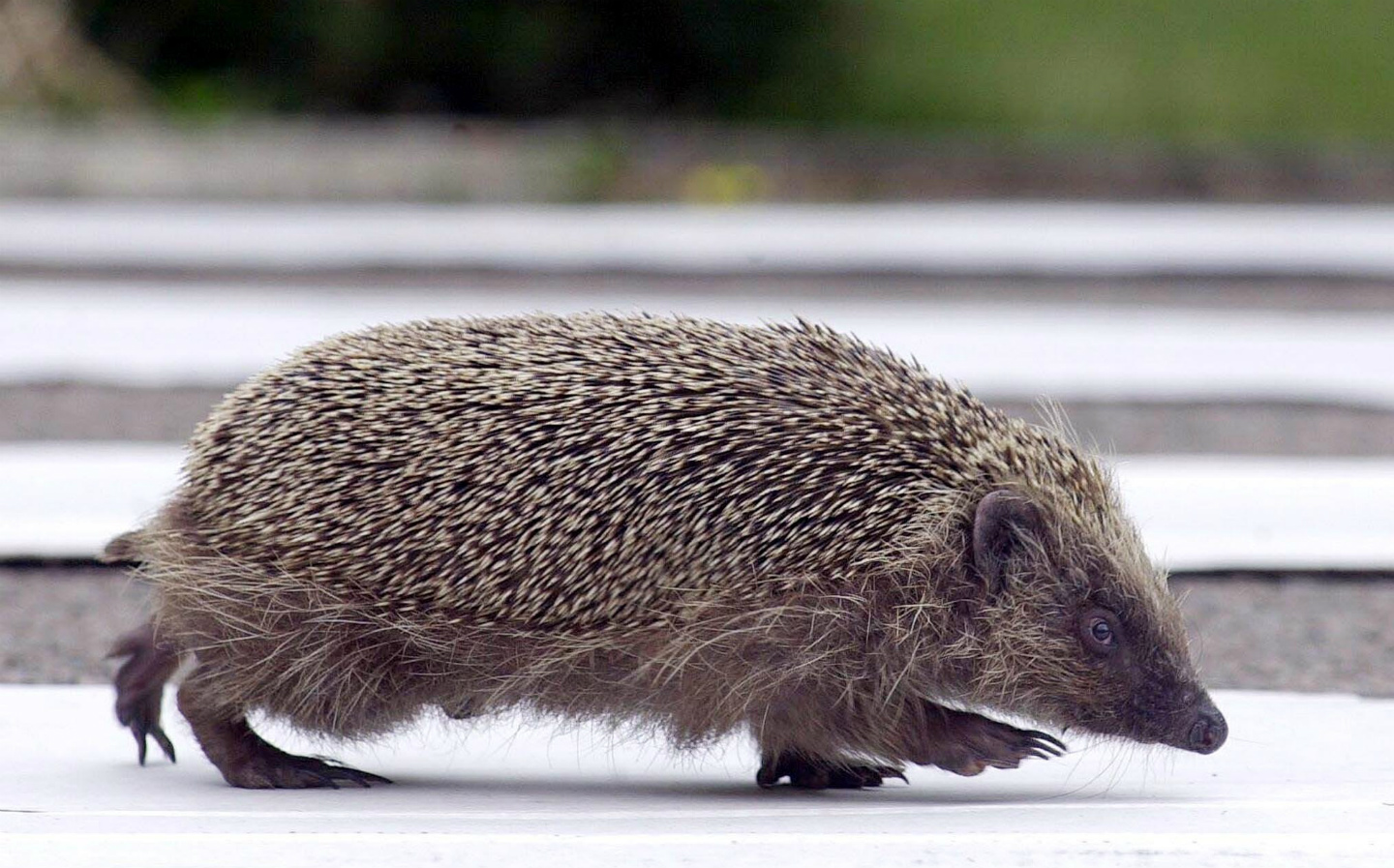 ROAD SIGNS warning drivers to look out for hedgehogs could soon appear in an effort to save thousands of the animals each year.

The number of hedgehogs in the British countryside is believed to have halved since 2000, with the population falling by about a third in cities and towns. Higher speed limits and less street lighting have meant that more are dying in the countryside, with about 100,000 killed on the roads each year.

The government is considering introducing highway hazard notices similar to those for deer in roadkill hotspots to alert drivers to hedgehogs crossing the road.

There are estimated to be about a million hedgehogs left in Britain, compared with about 30 million in the 1950s. Chris Grayling, the transport secretary, has met campaigners to discuss the problem.

“The great British hedgehog may be a prickly character, but they are close to all our hearts,” he told The Mail on Sunday. “The fall in the number of hedgehogs is a great concern to me, so as parliamentary hedgehog champion I want to do all I can to help halt this decline . . . I have asked whether road signs can be designed to make drivers aware when small wildlife is present.” Some villages, such as Knockholt in Kent, do this to protect toads during the mating season.

A spokesman for the British Hedgehog Preservation Society said: “It can only benefit the hedgehog population to make people aware that they are in that area. Even if only one or two people slow down, that could make a big difference . . . hedgehogs don’t have much of a flight instinct. They just curl up and wait for the danger to go away but if their danger is a car, their prickles are no defence.”