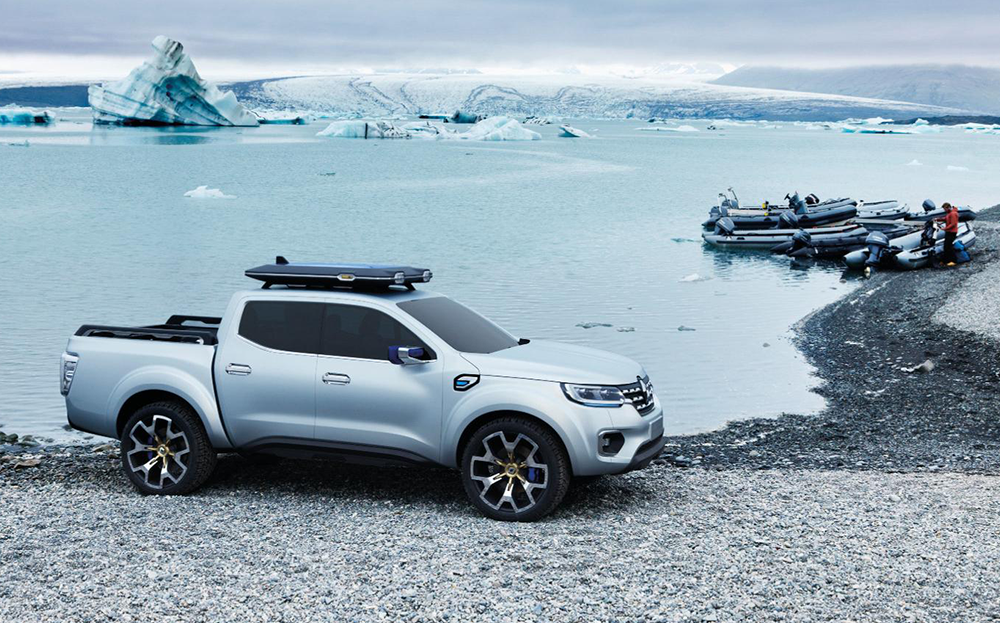 RENAULT will attempt to wrestle the Tough Mudder image from its sister brand Nissan when it launches the Alaskan pick-up in 2016.

View 4×4 vehicles for sale on driving.co.uk

Details are scant until the official unveiling of the concept next week at the Frankfurt show but many will be hoping Renault’s first pick-up will receive only minor changes from its tough but curvy appearance when the production version aearly next year. 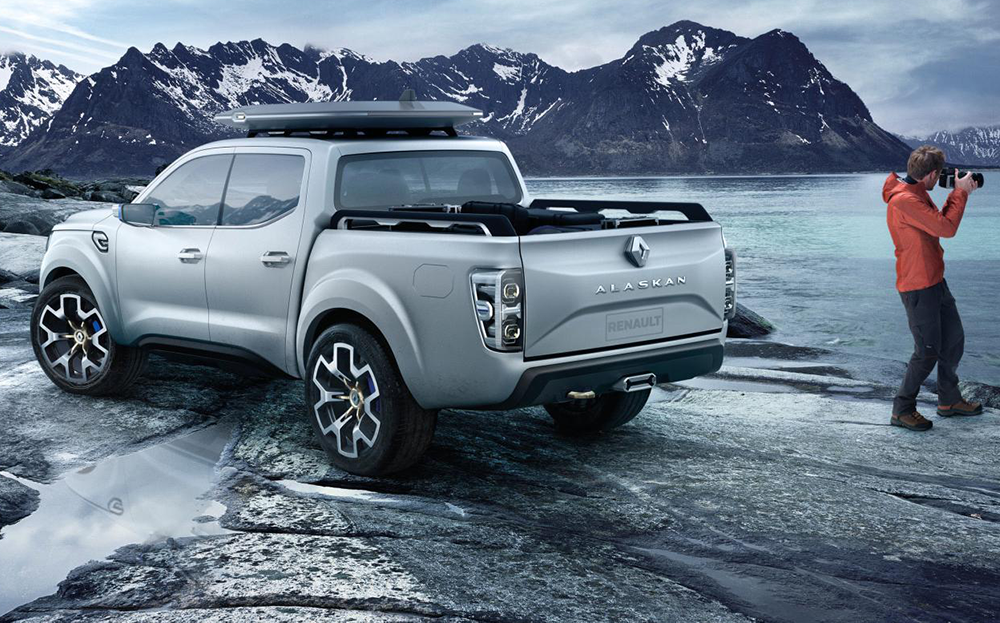 The Alaskan, based on the Nissan NP300 Navara, will be available with four-wheel drive, and the concept is powered by Renault’s four-cylinder twin-turbo diesel engine from its Master van range.

Renault promises not only great off-road ability, with high ground clearance and a strong chassis, but also good road-holding and comfort, as well as a large cargo area.