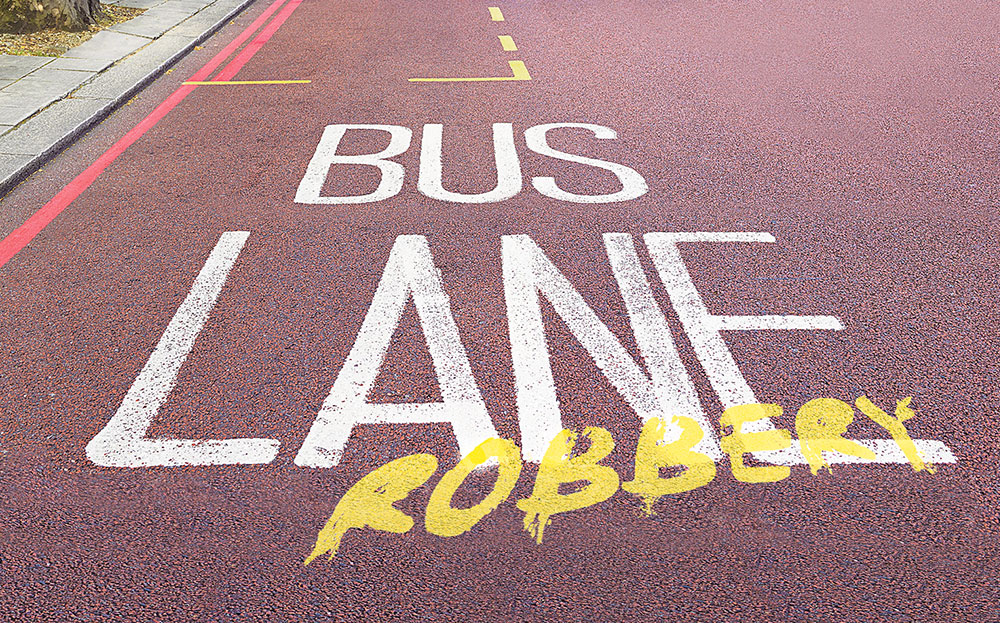 ALLAN KORNBLUTH, a 34-year-old trainee solicitor, was taking his daughters to swimming lessons in Salford when he was snapped by a bus-lane camera. Kornbluth does not dispute that he was in the bus lane — the evidence, in the form of a short video, was sent to him with a demand for £60 by the council. What he does dispute is that the penalty charge was in any way proportionate to the offence.

“I was in the bus lane for possibly two seconds, three at most,” he says. “The way the junction is laid out means that in order to turn left at the end of the road, you need to merge into the inside lane. I merged a fraction too early.”

Most of us might have paid up and got on with our busy lives, but Kornbluth was angry about what he thought was a blatant injustice. “I felt that the council had deliberately placed the camera right at the end of the bus lane to catch drivers turning left. The more I looked into it, the more I realised that lots of councils were doing the same.”

He was right. A decade ago, bus lane penalty charges were almost unheard of. Enforcement was usually carried out by police, which meant that only the most blatant transgressors would be prosecuted. That changed with the introduction of the Traffic Management Act 2004, which allowed councils outside London to take over responsibility. Those in the capital already had the power. 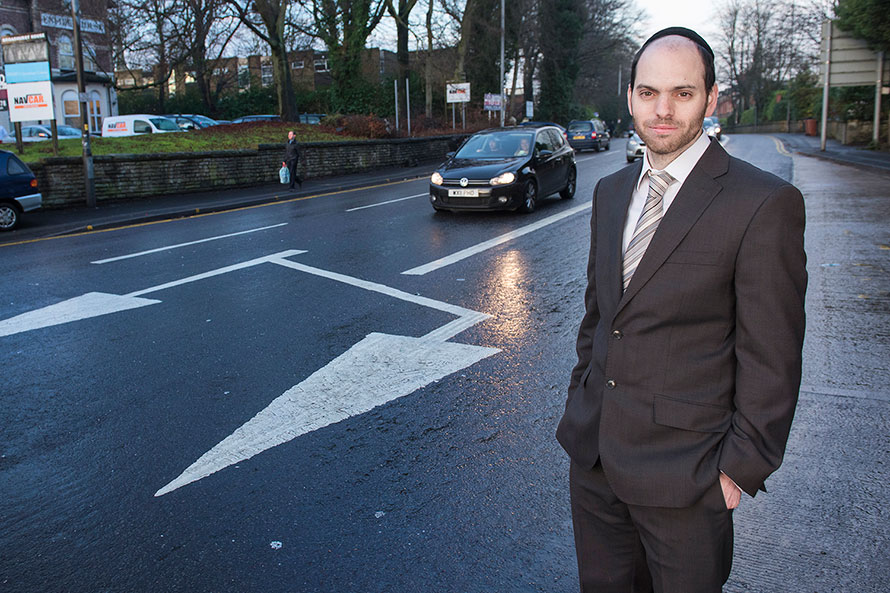 At first the money flowed slowly: Reading was the first council to take advantage of the new law, in 2006. By the end of that year, it had issued 9,838 tickets. A year later eight other councils were issuing bus-lane tickets, but still the charges were a fraction of what councils were making from parking tickets: between April 2007 and March 2008, 117,265 drivers were penalised in Britain.

According to the Traffic Penalty Tribunal (TPT), an independent body that administers appeals against parking and bus lane penalty charges, in 2013-14, the latest year for which figures were available, councils outside London issued a record 909,588 notices — a two-thirds increase on the number (554,773) issued the previous year. In London more up-to-date figures show that in 2014-15 local authorities issued 266,210 bus lane penalties, a 5% rise on the previous year’s 254,677.

This is hardly surprising. As any motorist will know, almost every large city has a network of bus lanes bristling with cameras. Councils defend the policy, saying they have a duty to keep bus lanes clear, which helps avoid congestion for all road users. But many drivers feel that they are being unfairly targeted for minor transgressions.

In October last year motorists in Bloxwich, Walsall, set up an online petition demanding the removal of a camera at the end of a bus lane after hundreds of drivers were penalised for moving into it a few yards before it ended to turn into a lane to filter left. The following month a motorist in Twickenham, southwest London, complained that she had been charged for straying into a bus lane for a few yards after making a U-turn.

And last summer in Belfast a wedding car firm received three notices within less than two hours for turning left across a bus lane while taking a bride and groom and some of their guests to a hotel. The company said its car had used the bus lane for a few yards before turning into the hotel car park.

Kornbluth says: “I decided to challenge the fine because I thought, ‘That’s not what bus lanes are there for.’ I don’t habitually drive in bus lanes, causing obstructions; I made a small error. I thought the council was slapping out these fines knowing that most drivers wouldn’t challenge them because you run the risk of losing the discount.” (If a challenge fails, drivers forfeit the right to a 50% discount and have to pay typically £60 or £70, or up to £130 in London.)

Kornbluth at first challenged the penalty on two counts: that it was a minor infringement and that the council was targeting drivers to raise revenue. The council rejected his representations. “Their response completely ignored my points. They simply said, ‘You were in the bus lane.’ So I appealed against the decision. It was a gamble and I didn’t think I would win. But I wanted my say.” 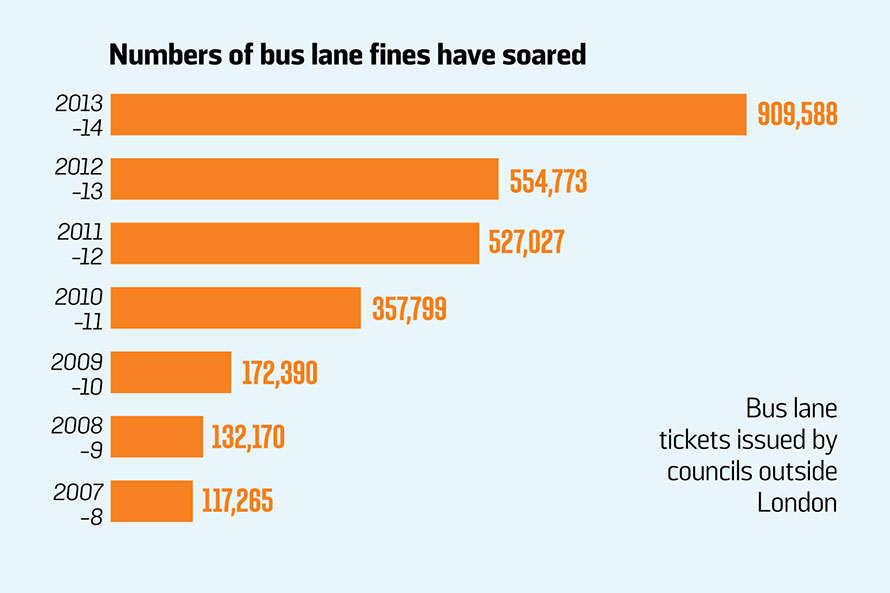 The appeal was heard just before Christmas, and the ruling — in favour of Kornbluth — could have far-reaching consequences. In his summing-up, the adjudicator, Andrew Barfoot, took into account the distance and length of time Kornbluth had been in the lane, the fact that there was no bus in the bus lane at the time and the fact that he was not gaining an advantage over other cars by moving into the bus lane early.

“In my view it is not in every case that a driver enters a section of carriageway which is a bus lane that a contravention will occur . . . minor infringements of rules are not to be treated as contraventions subject to enforcement. Each case will depend on its own facts and the application of common sense. Taking into account the facts of this case, it is my view that in this case a contravention cannot sensibly be said to have occurred.”

Kornbluth, who will now not have to pay the penalty, says the ruling could be used by other drivers to support their appeals. “In effect he is saying that just because you were in a bus lane that doesn’t mean that a contravention has taken place. The de minimis principle must be taken into account — meaning the offence is too trivial to merit a fine.”

The ruling appears at odds with the official guidance on grounds for appeal — and therefore significant in its implications. Nowhere does the guidance mention the de minimis principle. The grounds listed are more black and white, such as that the car was stolen or that the police are already taking action. Under the heading “The alleged offence did not occur”, the section under which Kornbluth challenged his fine, the guidance gives as examples that the signs were in the wrong place, or that the vehicle was allowed to be in the bus lane. The fact that a car was in the lane for only a short period does not get a mention.

Louise Hutchinson, director of the TPT, says that if the number of appeals similar to Kornbluth’s grows, the tribunal will investigate adding another example to the category he cited, making it obvious that the brevity of the infringement could be grounds for appeal. Such a change would give thousands of drivers the impetus to challenge unfair fines and oblige councils to rethink their enforcement policy.