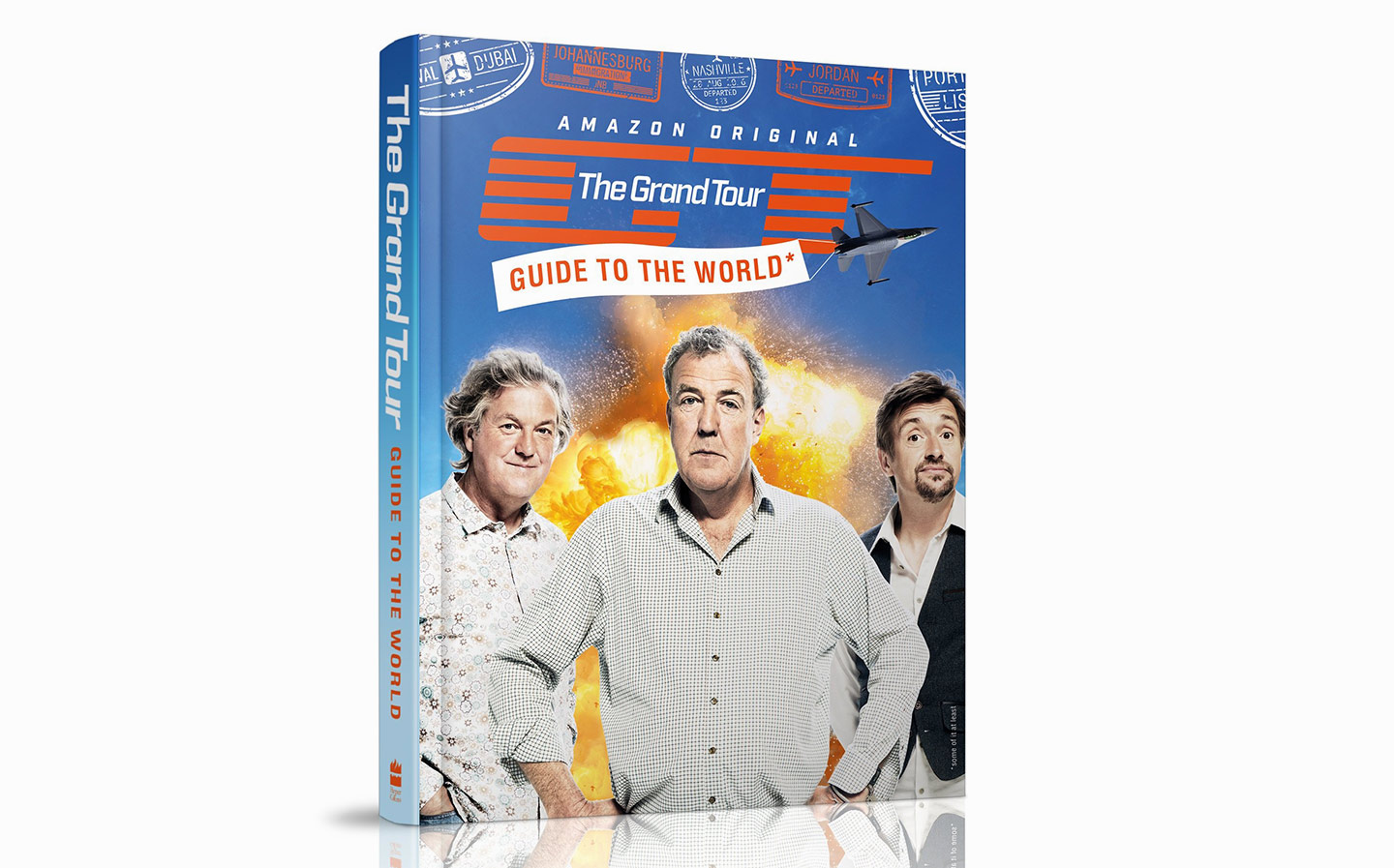 YOU know you’re not going to be disappointed with The Grand Tour Guide to the World as soon as you read the disclaimer, inside the cover. It begins:

“WARNING Some of this book is factual but most of it isn’t. Many of the observations are incorrect and the advice idiotic. . .”

That illicited a chuckle. The following two sentences a guffaw. And the introduction that follows continues in this hilariously self-deprecating manner (which, if anyone from the BBC is reading, is the one of the keys to the success of the Clarkson, Hammond and May car show). It’s a strong start that sets the mirth wheels in motion, and the comedy vehicle doesn’t stop until the very last word (“Hmph”, incidentally).

The book’s author, Richard Porter, a motoring journalist who also edits the The Grand Tour’s scripts, has split the book into 10 sections, or “Pit Stops”, one for each of the locations around the world that The Grand Tour visited in series one, followed by a gallery of images taken during filming of series two, which airs some time before Christmas (exact date TBC).

Sections are punctuated by amusing asides, including a series of film posters based on an invented franchise starring Clarkson dubbed “The Fat and the Furious”

Each section includes irreverent behind-the-scenes info and photos from filming the Amazon show and, as the warning suggests, a lot of made-up trivia, such as the “Lesser-known songs about California” (Fresno Girls Are Not As Attractive As I Was Hoping by the Beach Boys; West Hollywood Parking Permit Issues by Red Hot Chili Peppers), “James May’s guide to airlines we have lost” (Welsh-Dutch Airways; Poundair; Zbbbbbrrrrrr), and a list of Finland’s greatest rally drivers (Kaki Hovanen; Winki Pantonantonen; Panti Wankowonkonen).

Sections are punctuated by other amusing asides, including a series of film posters based on an invented franchise starring Clarkson dubbed “The Fat and the Furious” and a Haynes-style manual for the Celebrity Brain Crash machine, which brings back some fun to a faux concept that became decreasingly funny as the series wore on.

There is some genuine fact-based information in there, too, such as a piece about the extraordinarily high-tech HD cameras used to shoot the programme, and the bespoke tent that was transported around the world and used to film the live audience sections. But mostly, the book is joke after joke.

Think of it as a show guide in the vein of Monty Python’s Big Red Book rather than something like Inside Game of Thrones. And all the better for it.

The Grand Tour Guide to the World is out now in Hardback and Kindle Edition format.