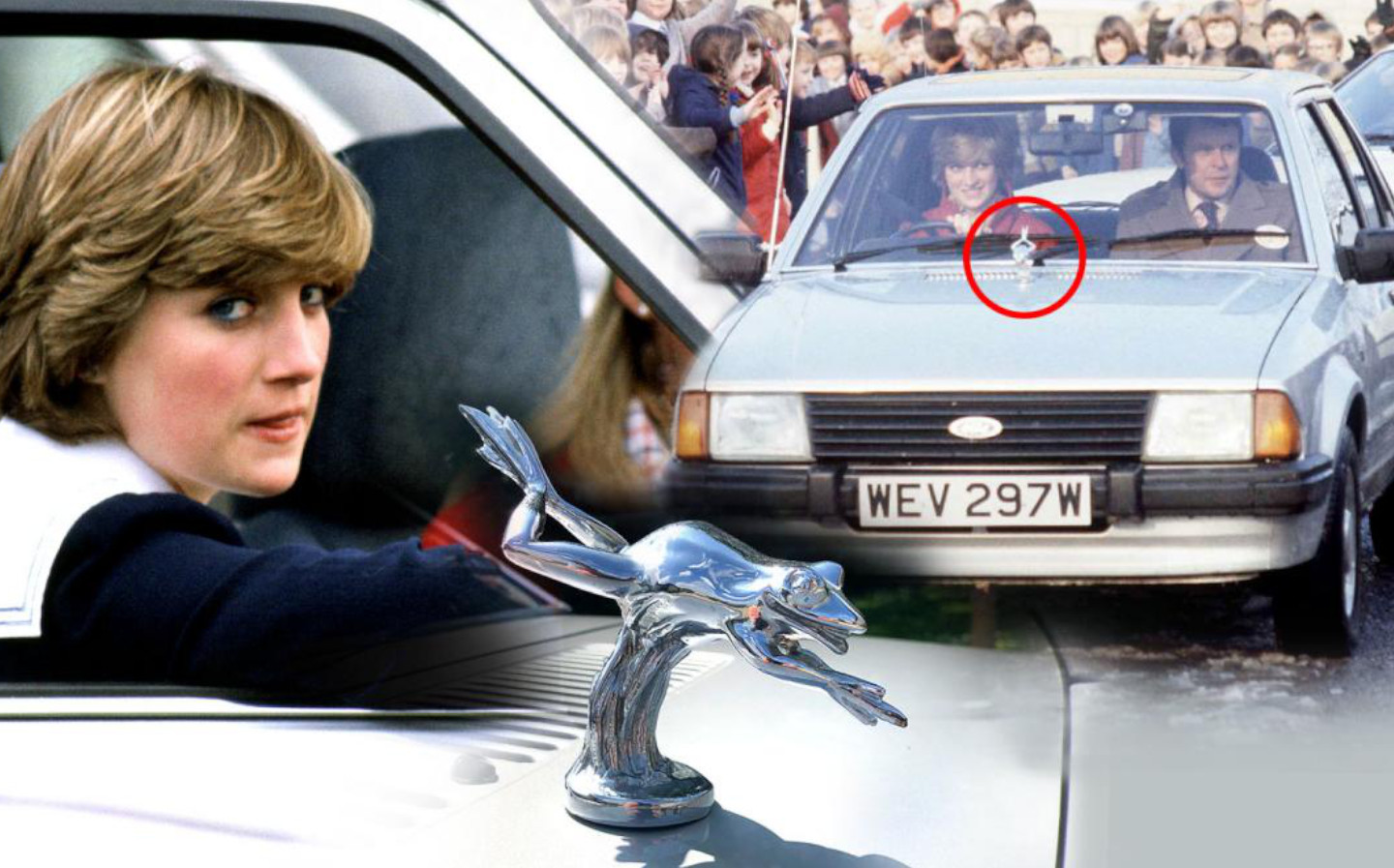 A FORD Escort Mk 3 Ghia given to Princess Diana by Prince Charles has sold at auction for £52,000.

The car was presented to Diana by Charles in May 1981, two months before their wedding, and was used by the princess to travel to society functions and polo matches in which Charles competed. Diana used it until August 1982, two months after Prince William was born.

The auction house that sold the car, Essex-based Reeman Dansie, noted that the period in which Diana drove the Escort was the “early and happiest part of her relationship with the Prince of Wales”, which was marred by accusations of infidelity and ended in divorce in 1996.

The example has 83,000 miles on the clock and comes with a 1.6-litre engine, the original number plates (WEV 297W) and paintwork, and a copy of a silver frog bonnet mascot given to Diana by her friend Lady Sarah McCorquodale. The original mascot, which references the fairytale of the princess and the frog, was kept by Diana after the car was sold.

The car went to auction yesterday morning as part of Reeman Dansie’s Royalty, Antiques and Fine Art sale. The successful bid of £47,000 was substantially higher than the £30,000 – £40,000 that auctioneers predicted, rising to £52,640 with the addition of VAT and the buyer’s premium.

Tina Kirkpatrick, the former owner of the Escort, kept the car for 20 years, hiding its royal heritage even from close friends. She told The Times: “Of course I knew when I bought it that it once belonged to Princess Diana, that is why I wanted it. I was a big fan of hers. I have driven it around as a second car ever since.

“A lot of people ask me why I had it and I used to tell them that it was the first car I passed my test in and that I was attached to it.

“I felt that its history and provenance were so unique and I didn’t want many people knowing.”

The Princess of Wales’ name has an enduring effect on auction prices. Another of her cars, a 1994 Audi 80 Cabriolet, sold for £58,000 at auction last year. When she bought the car, Audi reported that sales of the model doubled, despite the fact that she only owned it for a period of five months between March and July 1994, putting 4,000 miles on the clock.

Diana’s ownership of the Audi caused scandal, with many people believing that a member of the Royal Family should drive a British car. Similar controversy surrounded her use of a Mercedes 300SL.

The car that Diana was best-known for owning was an Austin Mini Metro, which she drove in her late teens before she became a royal. The Metro sold for £6,000 in the 1990s, with 30,000 miles on the clock. It is now on display at the Coventry Transport Museum.

Other cars Diana owned included a Jaguar XJ-S Cabriolet, which was custom-built to include two small seats for Prince William and Prince Harry.