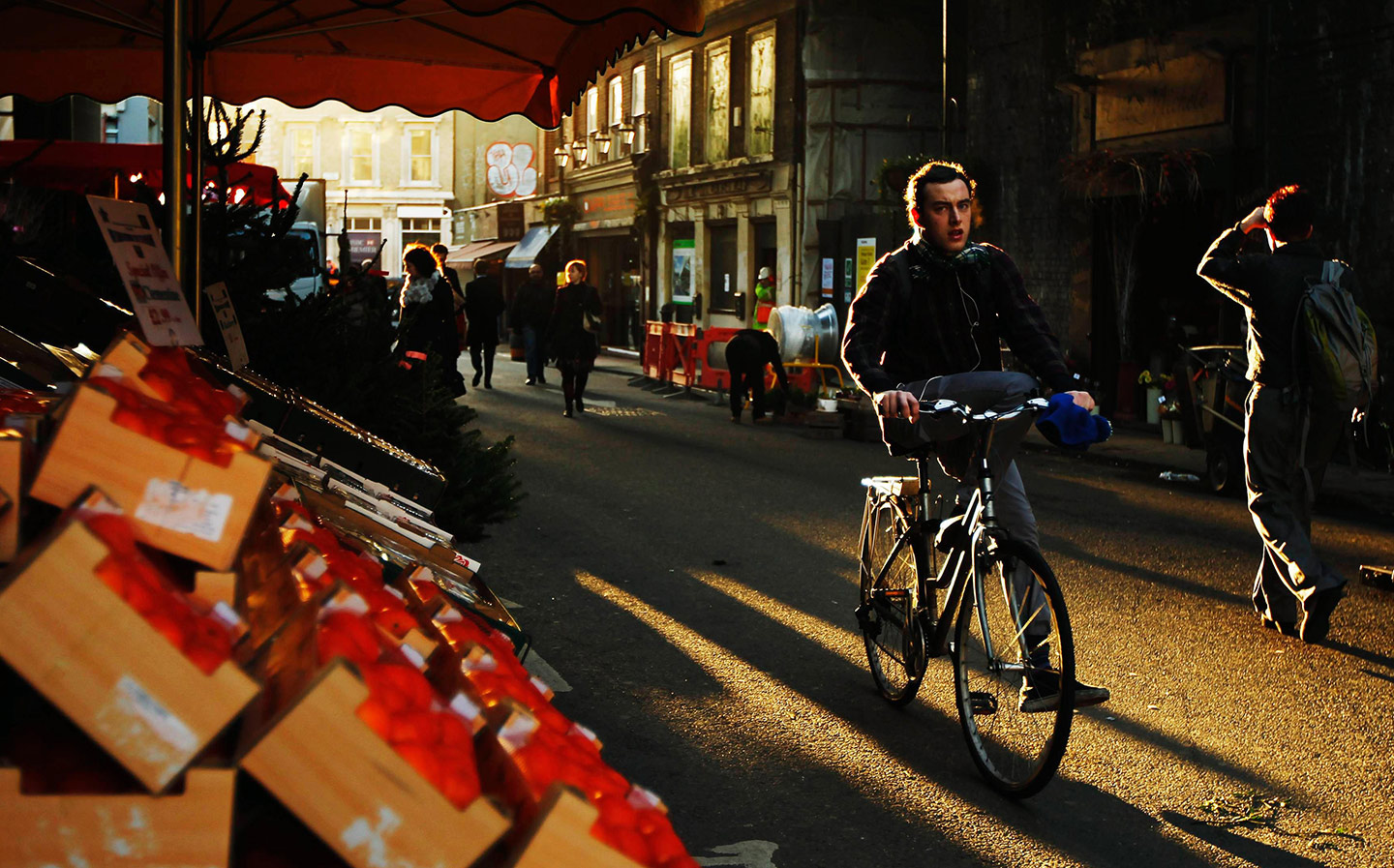 POLICE were accused of turning a blind eye to antisocial cyclists last night after a sharp drop in the number of fines issued for jumping red lights, riding on pavements and failing to use bike lights.

Figures obtained by The Times show that penalty notices to cyclists have fallen by two thirds over the past five years despite a surge in bicycle use nationally.

Cambridgeshire constabulary has seen the number of fines issued to cyclists drop from 739 in 2012 to 49 last year. In Humberside, 482 fines were issued five years ago, falling to 13 last year.

Two police forces — South Yorkshire and Warwickshire — failed to issue a single penalty last year while numbers were in single digits in 16 areas.

The disclosure prompted claims that police were effectively ignoring cycling misdemeanours, often because overstretched officers lacked the time to enforce the law.

Cyclists can be handed a £50 fixed-penalty notice for offences such as riding on the pavement, ignoring red lights and other traffic signs, carrying a second person on their bike, failing to use lights at night or refusing to stop for a police officer.

The government has previously issued guidance that penalties should not be aimed at responsible cyclists who use the pavement “out of fear of the traffic” while showing consideration to pedestrians. This has led some forces to acknowledge that cyclists will not be punished for mounting the pavement.

Cyclists have defended the stance, saying that the risk of being seriously injured or killed has grown. Three cyclists were killed in four days in London last month.

However, the disclosure will also prompt claims that cyclists are being given preferential treatment. Separate figures from the Department for Transport show a 50% rise in accidents involving cyclists and pedestrians in the six years up to 2015.

David Cockrell, director of Mapmechanics, a digital mapping company, said: “Many of these accidents occurred on pavements or at crossings or junctions where either pedestrians or cyclists failed to take sufficient care. These figures suggest that a reduction in the number of fixed penalties issued to cyclists by the police over the same period may be having a negative impact on road safety.”

The Times obtained figures under the Freedom of Information Act from 34 out of 45 police forces in the UK. It showed that 11,289 fixed penalties were issued in 2012, rising to 15,297 a year later. The rise corresponded with a crackdown by the Metropolitan Police.

Penalties for cycling on the pavement fell by 84% over five years to 806 while fines for jumping red lights and other traffic signs almost halved to 2,174. Fines fell from 91 to just eight in Avon and Somerset over five years, from 75 to 7 in Gloucestershire, from 271 to 38 in Greater Manchester, from 85 to one in Gwent and from 135 to 21 in Essex.

A spokesman for the Cycling UK charity said it would never endorse illegal cycling, but added: “We would far prefer to see the police targeting those crimes which result in deaths or serious injury.”

A spokesman for Cambridgeshire constabulary denied turning a blind eye to antisocial cycling but added: “We have to deploy officers in a way that tackles these areas most effectively. So we may have taken officers away from proactively tackling cycling offences to dealing with [other] crimes.”

Essex Police said: “Decisions on proportionate responses to offending on our roads are made after consideration is given to the level of harm offences could have on victims. Catching and bringing to justice those who commit offences which could result in life-changing or fatal consequences, such as drink and drug driving, will always be one of our highest priorities.”